When Collins Aerospace débuts its new outwards-facing herringbone seat, Elements, with its first airlines later this year, it will be another step in the evolution of the popular business class seating style, even despite the delays resulting from the COVID-19 pandemic and its impact on the aviation industry.

“We have launch customers for Elements, both of which deliver towards the end of this year, both of which, well, didn’t go any faster with the pandemic, of course,” vice president of sales and marketing for aircraft seating Alastair Hamilton says wryly.

“Elements will be flying on A350s and 787s, we hope by the end of the year, assuming the aircraft are flying,” he continues. “We’re making good progress in getting that into the market.”

But even as eyes in Winston-Salem are firmly fixed on Elements, Collins is still delivering Super Diamond seats, and will do so for some time. This brings benefits in both directions: in the same way that the British Airways Super Diamond doored suites use a door first presented on Elements, Collins has learned from — and implemented changes based on — the BA product in Elements. 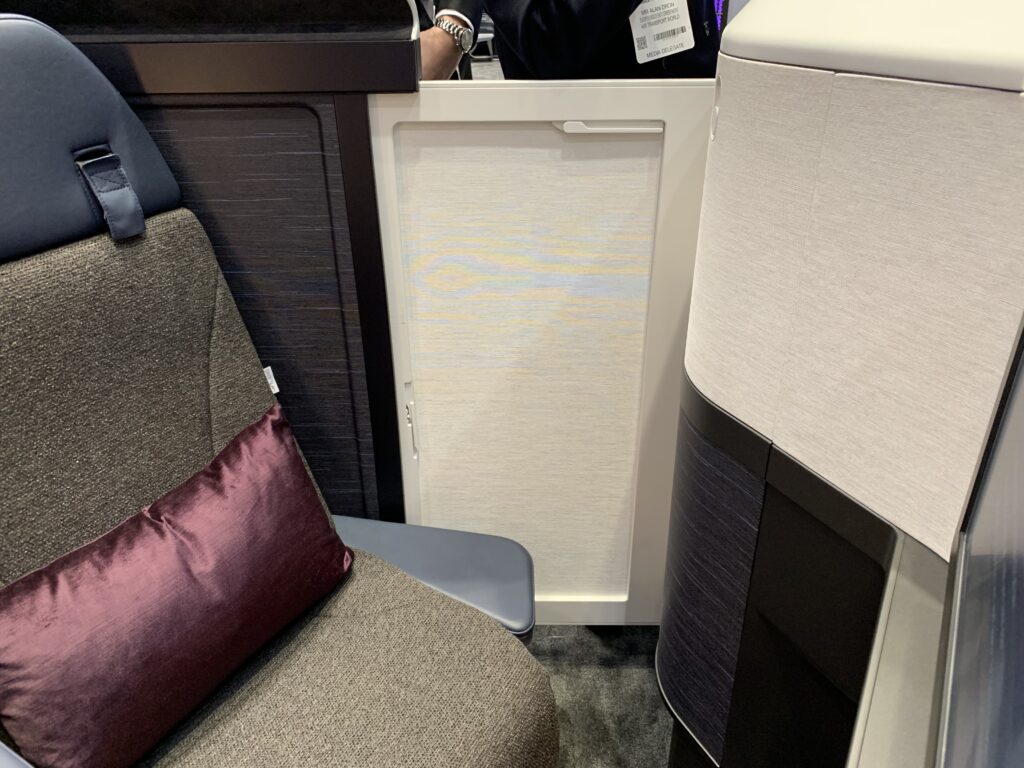 It’s a story of evolution throughout the life of Super Diamond, which débuted on Qatar Airways a decade ago. That seat, Hamilton says, “was, I think, the first [Super Diamond] we brought to market, and it is a much less dense product than subsequent versions of Super Diamond. The seat found its niche, I would say at a higher density point for most airlines.” 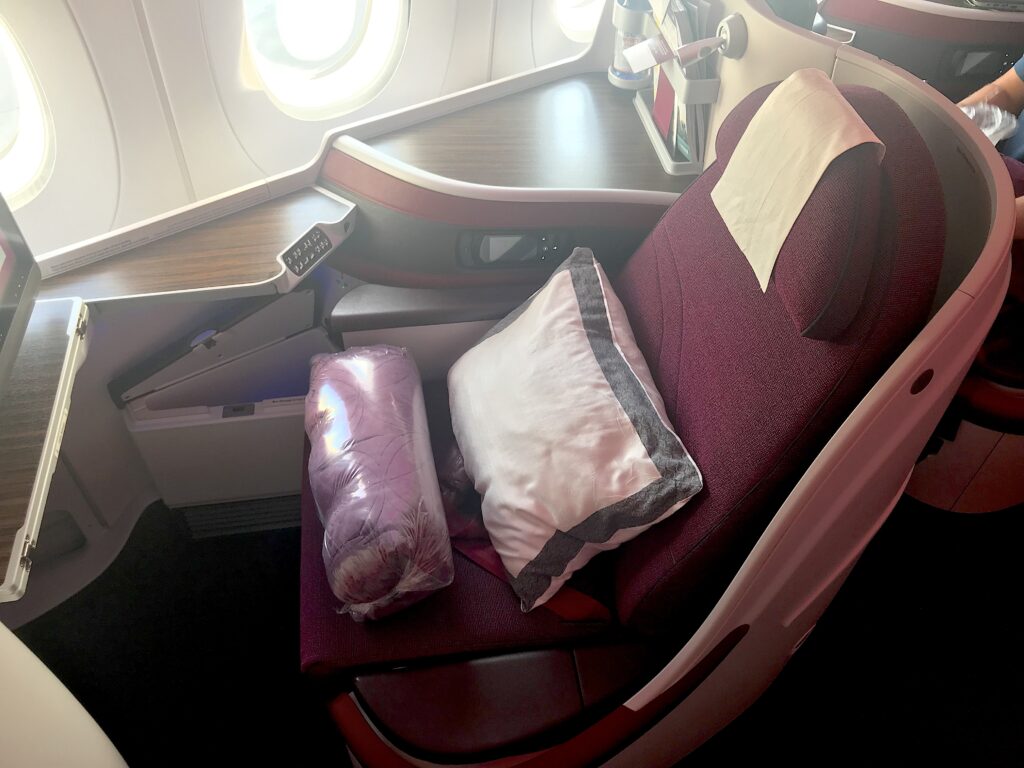 (Qatar, of course, now uses the Collins-manufactured exclusive Qsuite on its A350 and 777 aircraft.)

For Super Diamond, Hamilton cites a typical inch-pitch density with most airlines in the mid-40s rather than the low 50s at which it was introduced. Part of this downward pressure on pitch is economic, but part of it is also an evolution of engineering and materials to enable a better use of pace. 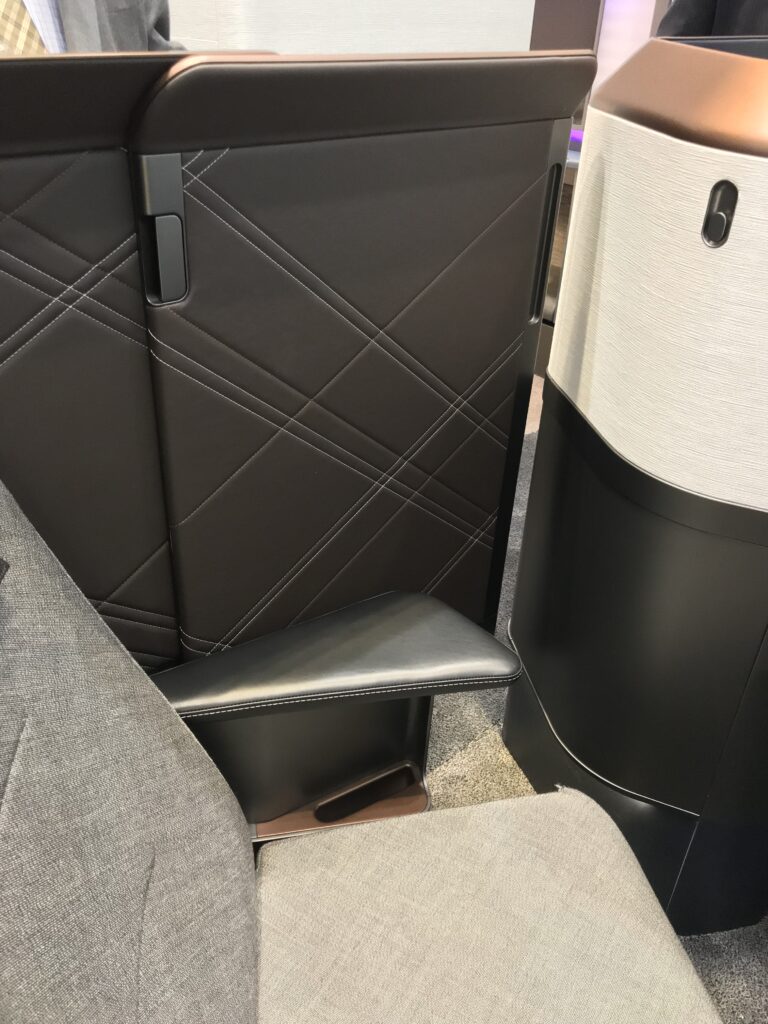 Elegance and functionality have not necessarily been the watchwords of every early suite door product. Image: John Walton

But it won’t necessarily be on narrowbodies, where the increased angle away from the aircraft centreline because of the spatial geometry of the cabin means that Elements “would be a different seat”, Hamilton says.

Collins, of course, has had wild narrowbody success with the late-2000s Diamond seat, launched by Continental and since on a myriad other airlines, on the wider Airbus A320 and narrower Boeing 757/737 frame, as well as on many a widebody.

“We’ve got a couple of products, we’re looking at in that segment, one of which we have a launch customer we’re working with at the moment, and the other one we’re still in the market for,” Hamilton reveals. 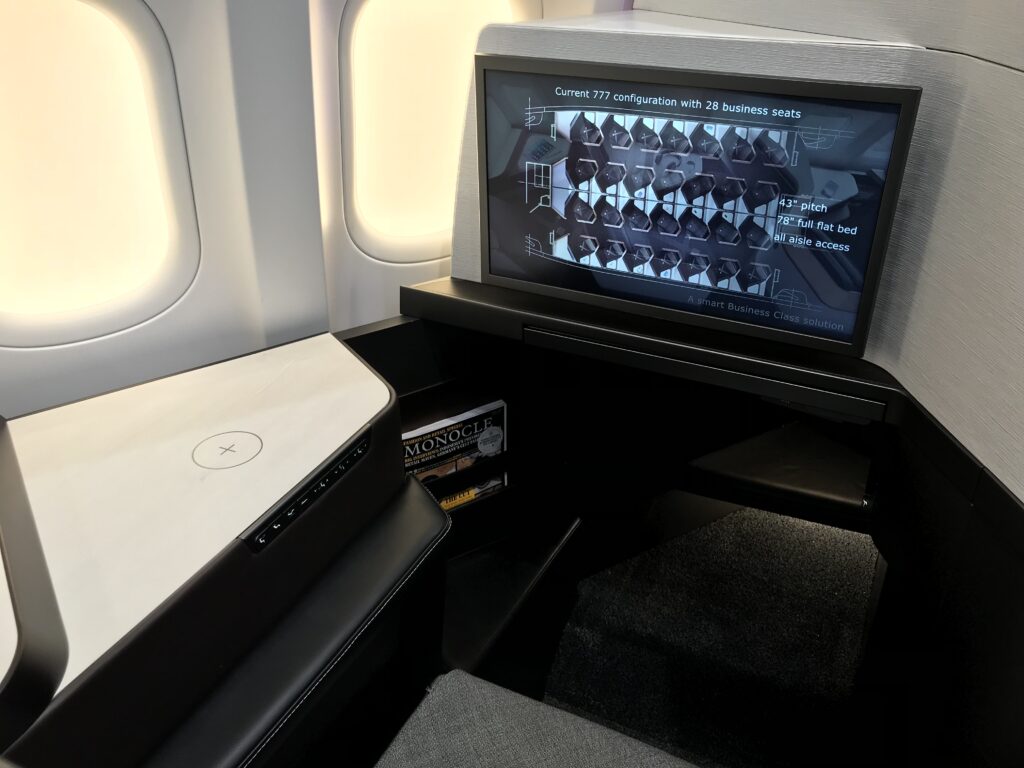 Fit and finish is a key part of the Elements generation of seats. Image: John Walton