When Virgin America created its award-winning Blah Airlines marketing campaign seven years ago to differentiate itself on the basis of passenger experience, it argued that “flying doesn’t have to feel soul sucking”.

Fast forward to 2021 and there is a raft of new startup airlines that offer new business models and, in some cases, improvements like refined booking paths — but with seats and cabins that feel like they bought them straight out of the Blah Airlines catalogue.

Given the crushing impact of the COVID-19 pandemic on aviation, however, perhaps we should call these carriers the “clean slate startups”. After all, when you launch with a bare bones cabin interior, the only way is up.

Avelo’s model seems to be “Allegiant, but with 737s”: flights from Burbank to airports that you’d need to look up (MFR, FNL and PSC, anyone?) and, from its East Coast base in New Haven, to Floridian snowbird destinations.

The livery is fresh enough, and the “refreshingly smooth” tagline and reasons to fly Avelo are fine (if a little cringe when it comes to the “soul of service”) and its clear, simple booking path and options selection are to be praised.

Onboard, Avelo’s 737s have disparate interiors, with a variety of seats. RGN contributor Jeremy Dwyer-Lindgren experienced some very thick pre-slimline seats (at 29”, ouch) while some aircraft have slimlines, which appear to be Acro Series 6.

Welcome onboard! AVELO’S 737-800s are made up of 189 seats, making it one of the denser 737s out there, yet somehow, legroom feels plentiful. pic.twitter.com/hWbeUJqhbJ

Regardless of seat, the cabin is just blue-and-greige, front to back.

David Neeleman’s latest airline Breeze Airways, with its blue-on-blue livery, looked to be a breath of fresh air as it opened up its “network of nonstop routes between underserved destinations in the US”.

The airline launched with ex-Azul Embraer E190s, though, where the passenger experience is grey-on-beige, which RGN contributor Jason Rabinowitz describes as “surprisingly muted”.

But there are signs that Breeze will pick up, at least in the cabin stakes: it is the launch customer for new seats from Safran, the Z110i economy class and Z600 business class recliner, on its forthcoming Airbus A220s. 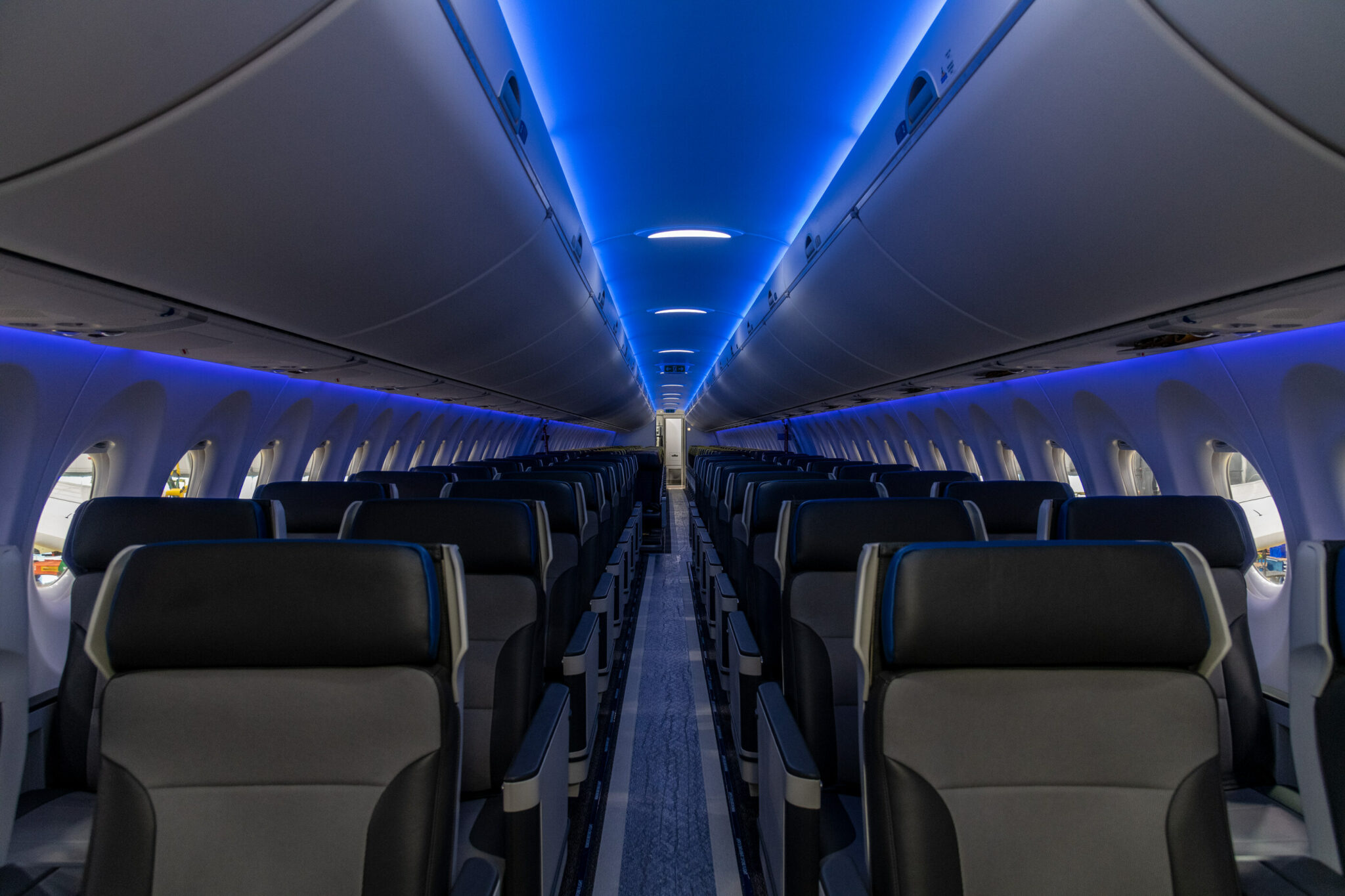 The successor to Iceland’s whimsical WOW Air is Play, which looks — externally at least — as wacky and red as WOW was wacky and purple.

Indeed, with bright red pantsuit-sneaker-tshirt uniforms, one might have expected something exciting when it comes to the interiors.

But inside, it’s just grey-on-grey-on-grey, nose to tail. With the WOW DNA, that can’t help but feel a bit disappointing.

The one bright spot is its menu, which features some local Icelandic treats like Egils Appelsín orange soda and a variety of liquorices. 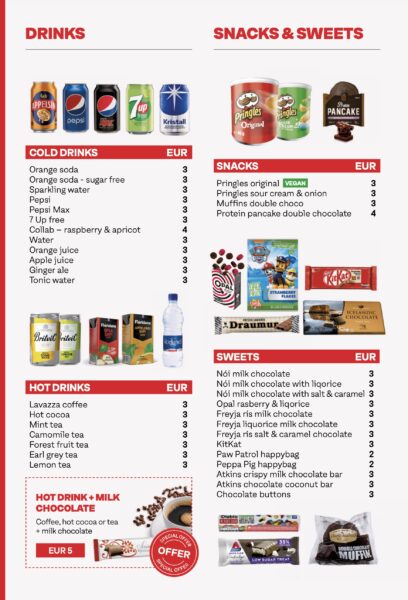 Play’s menu is a lot more interesting than its cabin. Image: Play

A new entrant to the “much more exciting as a brand than as actual #PaxEx” club is ExpressJet’s new aha! airline, operating from Reno to a set of secondary cities in California, Oregon and Washington.

At what point does onboard #PaxEx start to matter?

In fairness, if you’re flying from Eureka/Arcata or Bend/Redmond to Burbank or Reno, you’re probably grateful for a nonstop to the LA area. If you’re flying from New Haven to Florida you’re happy not to have to schlep to New York. And if you’re in Iceland over winter and can get a cheap flight to Spanish sunshine destinations, you may not mind what the plane taking you to some much-needed vitamin D looks like as you munch your liquorice.

And that’s the rub: there’s a point at which passenger experience starts to matter when it comes to choosing flights. With so much consolidation over the last twenty years, especially in the US, it seems like all new entrants have to do is offer convenience to get their foot in the door.

Nations restrict travel from South Africa in face of Omicron

Press Release: LATAM goes above and beyond with HBOMax