Starting an airline in the middle of a crushing pandemic may not seem like the best timing, but just days after putting flights up for sale David Neeleman’s Breeze Airways has welcomed its first passengers.

With focus cities in Tampa, Charleston, New Orleans and Norfolk, Breeze is starting off by casting a wide net of “rust belt to sun belt” routes with plenty of other odd city pairs all along the east coast.

The plan isn’t just to offer cheap fares, says Neeleman, but to fly the oddball routes passengers want to fly without a time consuming hub layover, routes that the larger carriers can’t or won’t operate. Today’s first flight operated between two of its focus cities, from Tampa to Charleston, aboard an Embraer E195. 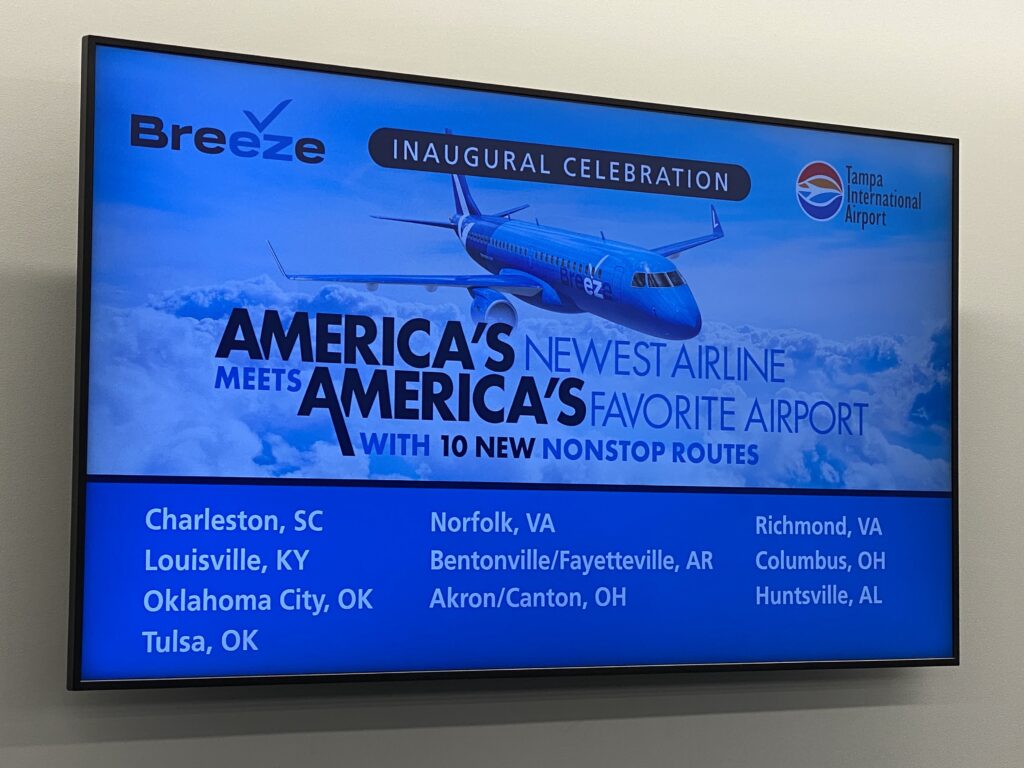 It is clear from the start that Breeze has put a lot of time and effort into its customer facing technology, as its digital touchpoints already meet or exceed the experience of other US-based airlines in some ways. Its iOS app is responsive, well featured and handles flight booking natively while other airlines like JetBlue still rely on a frustratingly slow embedded browser window inside the app. It needs a bit of refinement, but the bones of a great app experience are there.

Breeze also comes out swinging with participation in the TSA PreCheck program, something fellow startup Avelo lacks. It’s not all perfect, however, as it seems to lack Apple Wallet integration so using a mobile boarding pass isn’t as seamless as many passengers may be used to. The iOS app also requires an active Internet connection to show even the most basic of information, including saved trips or boarding passes. 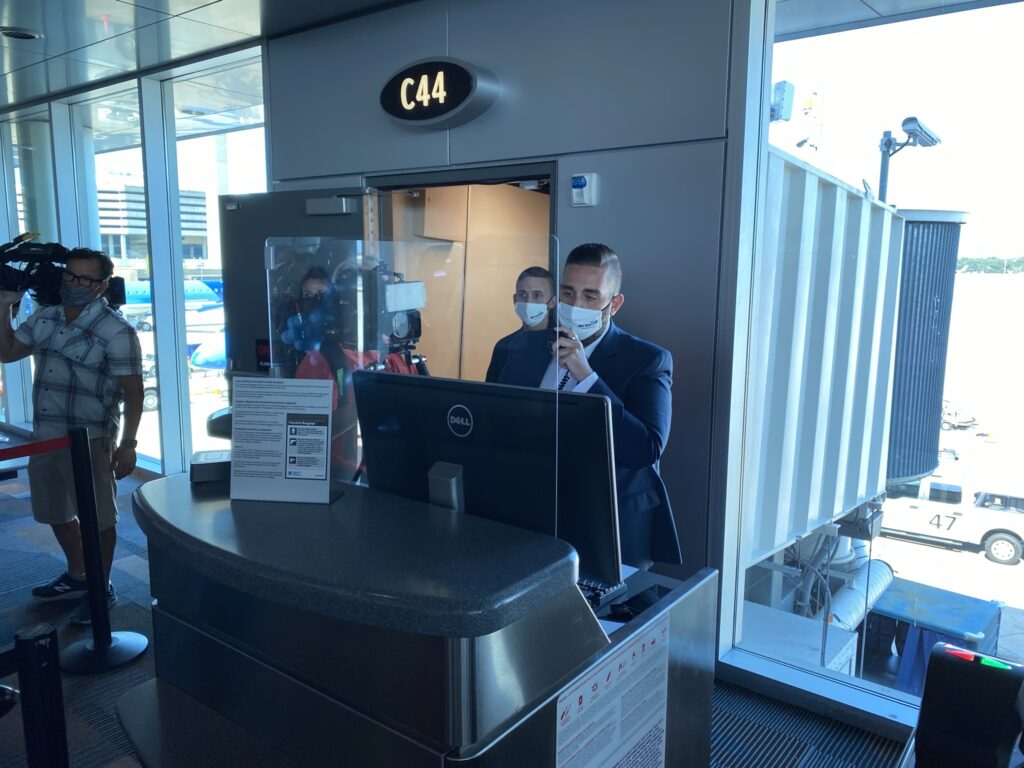 While Breeze eventually intends on operating a fleet of factory fresh Airbus A220 aircraft, it is starting service with used Embraer E190/195 aircraft subleased to it by Brazil’s Azul, another Neeleman airline. The experience at this stage can almost be described as a public beta. The basics of getting passengers from A to B are there, but additional passenger experience features are still in development and will launch later down the road. 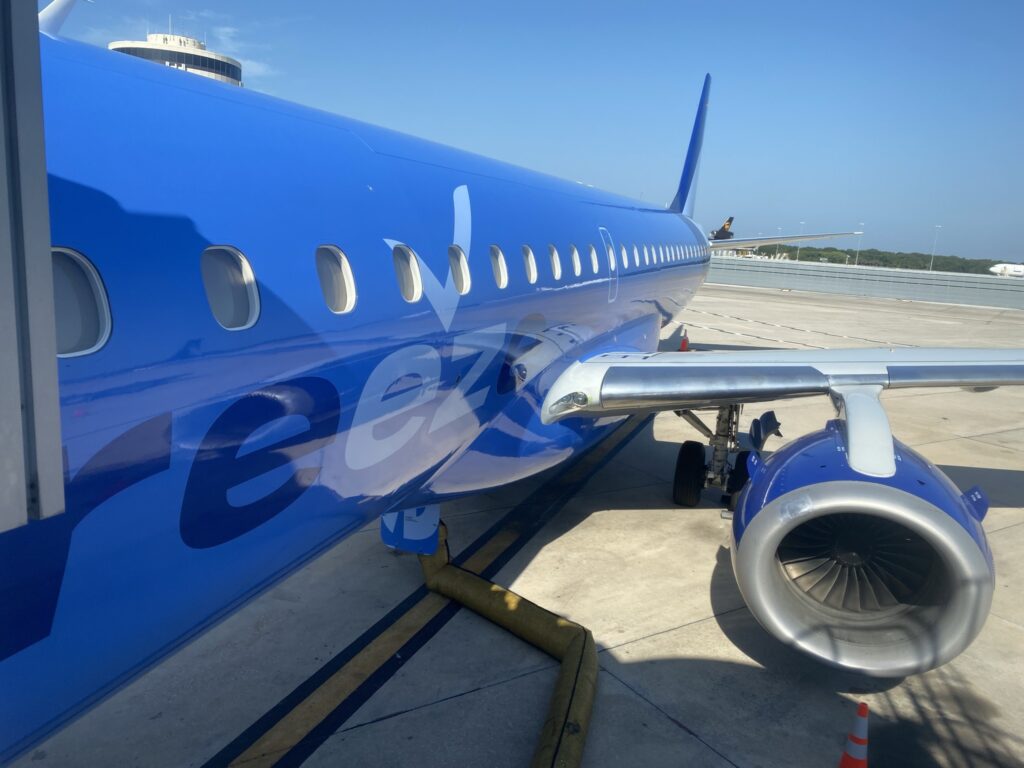 At launch, Breeze is offering complimentary water and snacks to all passengers, but later on that will only be offered to passengers who book the upgraded “Nicer” fare. Passengers who book the base level “Nice” fare will eventually have access to additional options once Breeze launches an enhanced buy-on-board offering at some point in the future. Options on the first flight were a small KIND bar or a bag of UTZ potato chips. 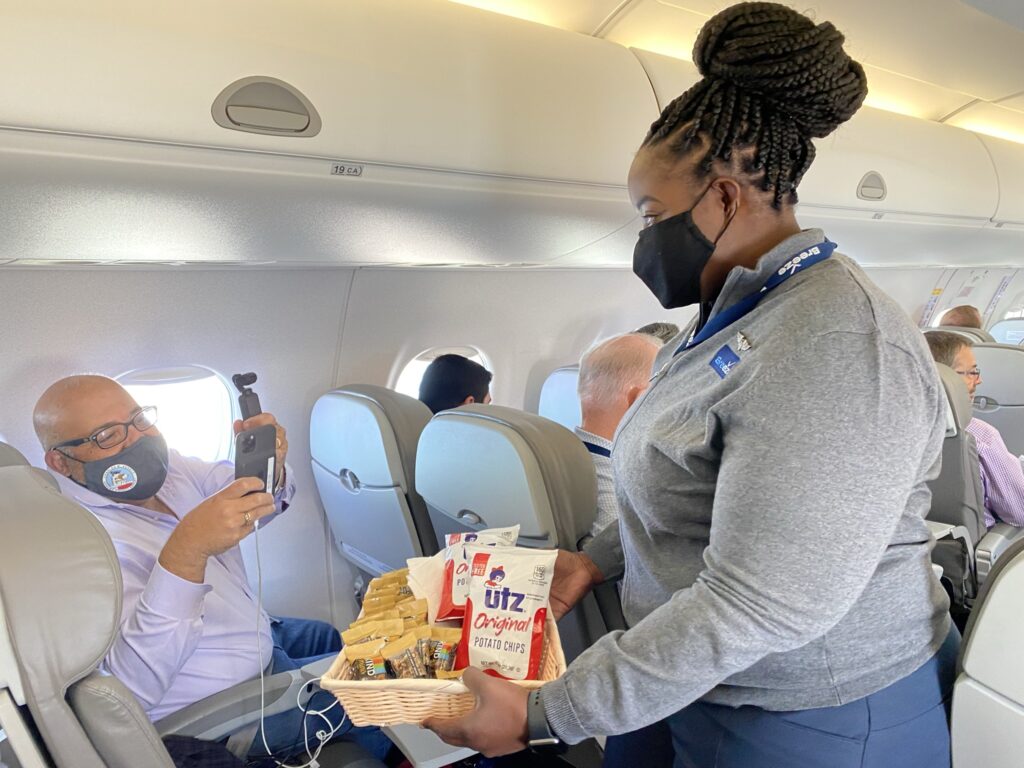 The Breeze E195 interior can be described as surprisingly muted given the colorful livery and overall branding of the airline. The refurbished seats from nose to tail are entirely beige with no color accents. 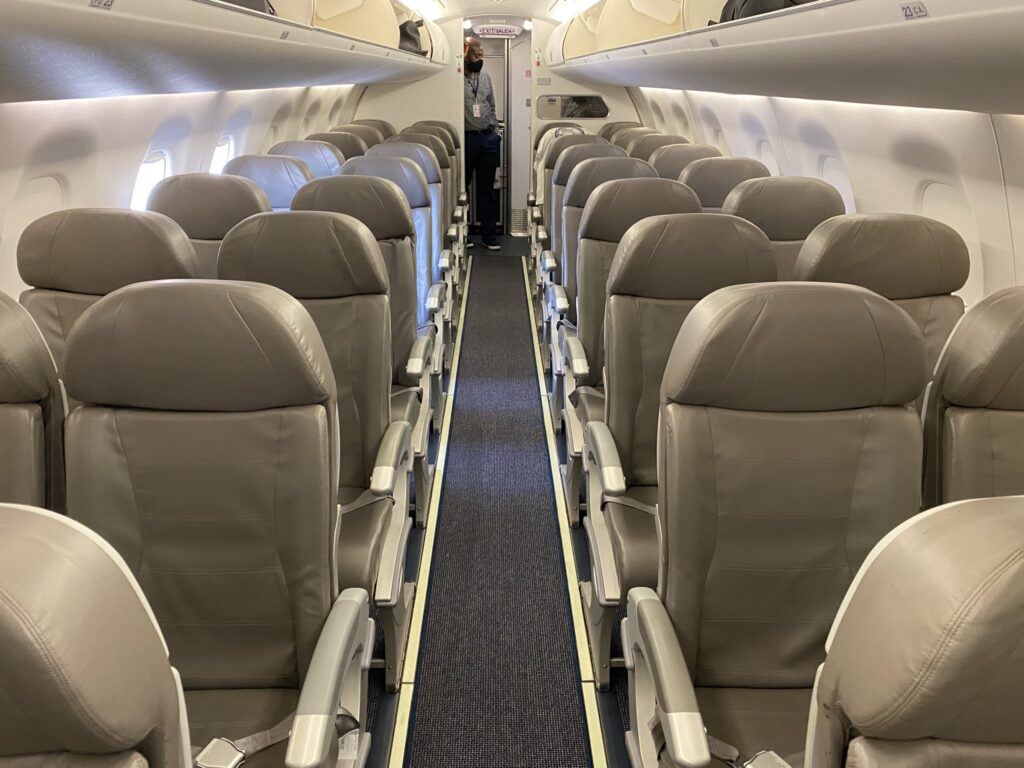 The Nicer section features a bit more pitch than the regular Nice seats, which themselves offered an adequate amount of pitch. As on all larger Embraer E-Jet aircraft, the seats are wide and there are no middle seats. Breeze plans to offer a business class style recliner seat product once its Airbus A220s are delivered later in 2021. 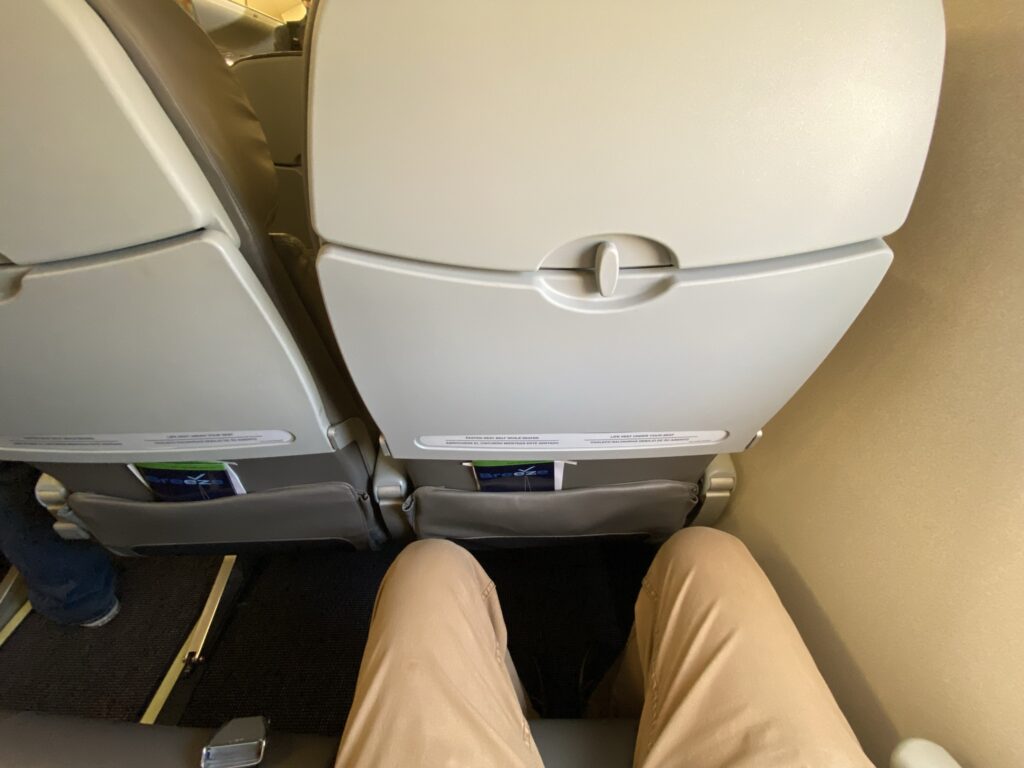 Indications that the aircraft has already seen the better part of a decade in service in a warm climate with Azul are evident, with several rubberized surfaces such as the air gaspers and armrests already beginning to be sticky to the touch from what I assume is the beginning stages of rubber reversion. The interior is functional and comfortable but nothing special. 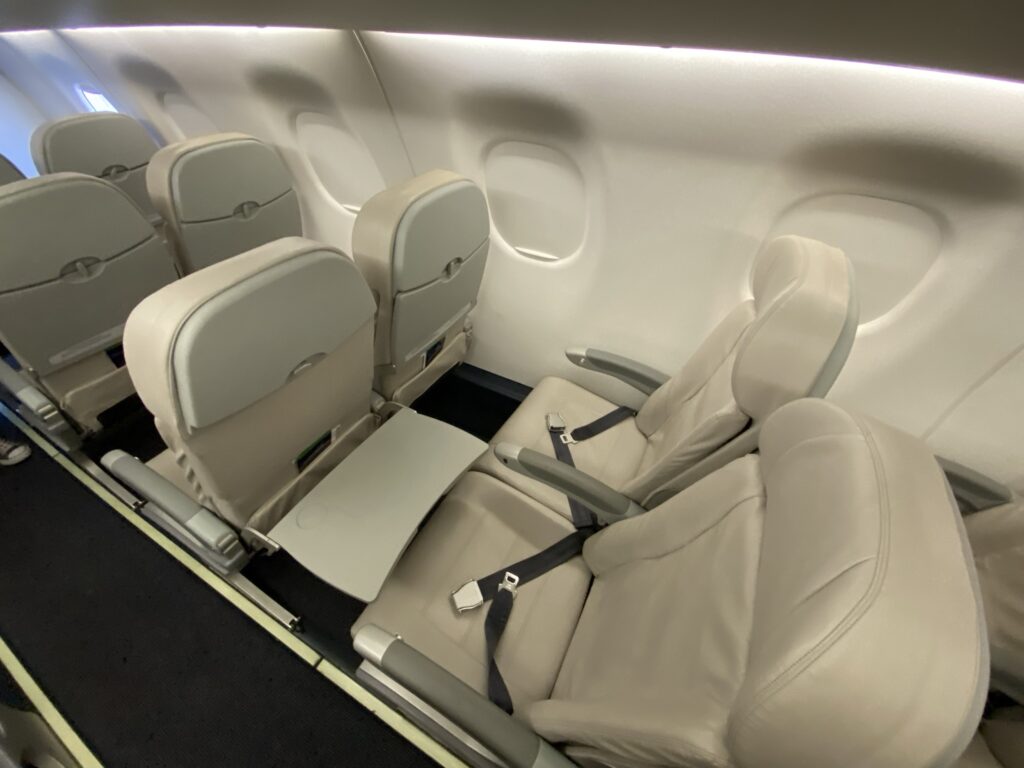 Much like Neeleman’s JetBlue for a short time back in the year 2000, Breeze is launching flights without an IFE system ready to go.

The airline says it intends to bring a streaming solution to its E190/195 fleet with free movies and television shows, but today’s inaugural flights offered only the entertainment provided by the crew and other passengers.

No power outlets are available to passengers, nor is inflight Internet access planned for the E190/195s at this time.

All things considered, Breeze brings a strong value proposition to passengers with a fairly basic experience that will evolve over time.

If the airline can manage to stick to its schedule and deliver on the promise of efficiently getting passengers from A to B without stopping at C, it may have a bright future ahead of it. 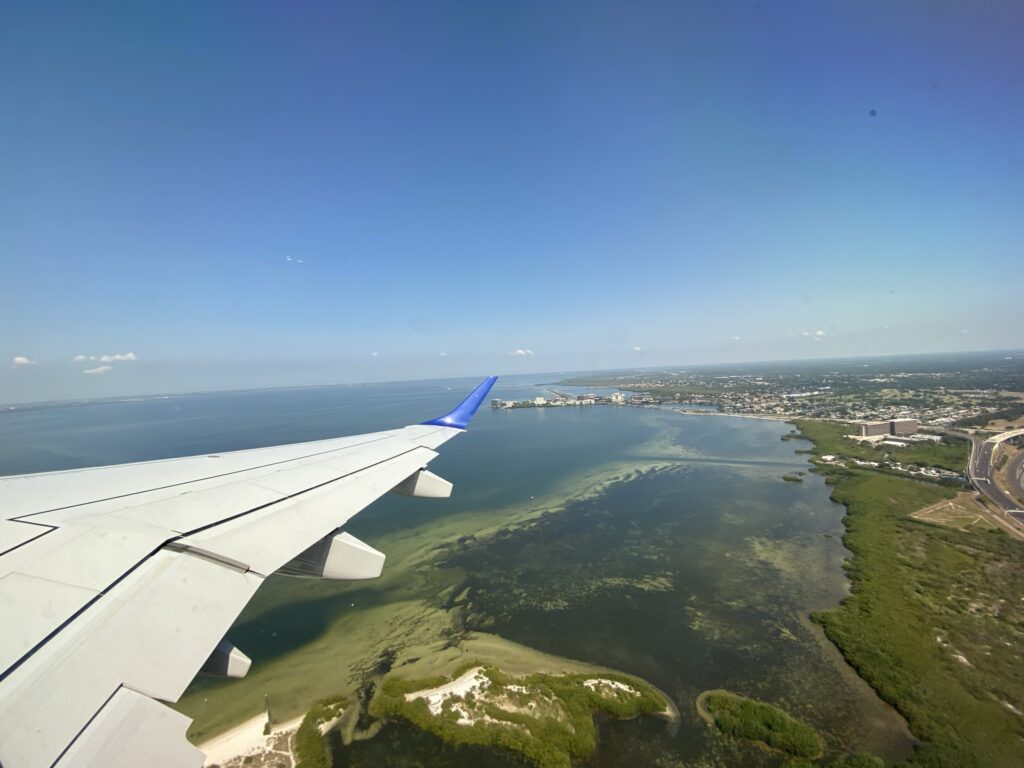