Every novel seat design isn’t just a #PaxEx pathfinder: it’s also a pioneer project for safety regulators and certification of the seat itself — and those that will come after it. With a new generation of herringbones, including the Thompson Aero Seating Vantage Solo, flying into the market, Runway Girl Network sat down over a call to talk design and certification with Thompson executives Jonny McGreevy (head of design), Martin Allen (head of certification) and Andy Morris (vice president, commercial at AVIC Cabin Systems).

As a cleansheet design, one of the benefits that Thompson had when coming fresh to Solo is that it was conceived, designed and developed specifically for the single-aisle market. This means that the seatmaker could do things it wasn’t able to do if it had started with an existing product that it was trying to make work in the space of a narrowbody. 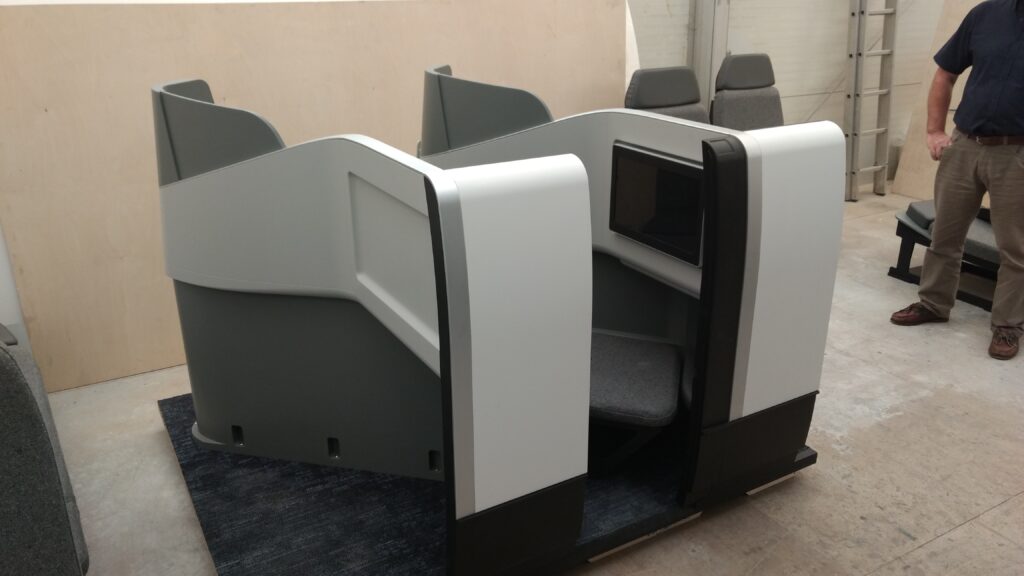 Indeed, the issue can feel a bit upside-down at first glance: we call the A321 a narrowbody, but as fuselage to passenger width goes it’s quite wide.

Concurrently, head of design McGreevy explains, “the business had a vision and a view about XLRs and MAXes being developed four or five years ago, and we we took a business decision that this would be another alternative way of travel”.

The obliqueness of the angle is what makes a herringbone so interesting on a narrowbody. Image: Thompson Aero Seating

The end result is the impressive product débuting on JetBlue shortly. But getting there — at such an angle away from the centreline of the aircraft — has been a technological, engineering and certification challenge.

That’s not least, says head of certification Martin Allen, because “the certification requirements for angled seats haven’t been incorporated into the standard ETSOs, 39 and 127. The typical way to certify them has been a 39c static-test-only ETSO, followed up with the installation approval through the integrator.”

There is progress on the horizon, however.

“In the last six months or so,” Allen explains, the FAA have managed to incorporate some of those requirements into an updated TSO 127. EASA, as per their latest schedule, I think, are to release an updated 127 by the end of this year, perhaps running into next year.”

So what are the updates? “Some are subjective, some objective,” Allen says. “We’ve got additional head and neck rotation and impact criteria. But the subjective requirements for interaction of the upper torso, and retention of the passenger on the seat pan itself, is where were we see the real challenges.”

The line between subjectivity and objectivity — which, as a matter of principle, is something where one would hope and expect a regulator to come down towards the latter — is a crucial one.

“The subjectivity in terms of who’s actually reviewing your compliance data leaves it reasonably open to interpretation. It gives us that challenge of risk management [because] a lot of the review is left to the end of the programme,” Allen explains. “But as each herringbone type programme progresses, the participation of the regulators increases and the refinement of those standards and policies, improves over time, hopefully to get to the point where they become as predictable as forward facing seat regulation has become.”

Essentially, the more regulators face a situation, the more they can be consistent and strategic with their certification requirements.

“Where they have improved,” Allen says, “is through the industry experience, through that testing experience: to apply more definition to the criteria and head towards the objective side, rather than the subjective side.” 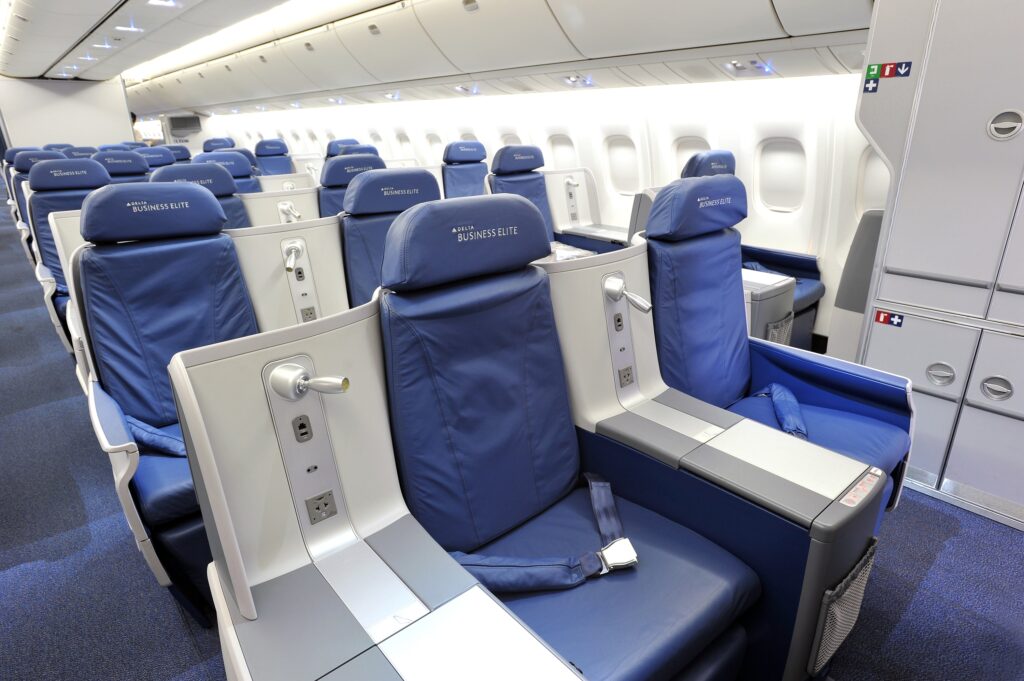 Thompson’s flatbeds have come a long way from the early Vantage products in the late 2000s. Image: Delta