Creating a new type of aircraft seating is incredibly difficult, with aviation regulation lagging significantly behind both design innovations, materials engineering and best regulatory practice, and designers at the bleeding edge of what’s possible often ending up with metaphorical scarred fingers.

The convertible recliner/flatbed Butterfly seat, a very promising option for future longhaul narrowbodies is no different. Chief commercial officer Lars Rinne tells Runway Girl Network around the RedCabin virtual conference that “we experienced some significant issues with the engineering of the seat’s core recline/flip mechanism. However, we finally mastered it and the mechanism is currently undergoing an actual cycle testing program in a test rig which we have built by ourselves for this purpose.”

Butterfly expects this new prototype, which Rinne says “will be the basis for industrialisation and certification” will be ready by the end of this month or early January.

But, with the help of Sekisui Kydex’s appLab and designLab seat design & technology incubator and workshops, work has been progressing at pace on the rest of the seat product. And that work has been putting into practice a new way of working, one bringing together people from across internal silos and external company boundaries to the appLab on Kydex’s Bloomsburg headquarters campus in Pennsylvania.

Bringing teams together in the same place — something of a COVID pipe-dream these days — will help the industry accelerate flexibly out of the pandemic crisis. Image: Sekisui Kydex

What’s particularly fascinating is that Butterfly and its partners are moving forward with this work at a remarkably early stage of the process.

What this way of working allows, Sekisui Kydex president and chief operating officer Ronn Cort explains to RGN, is rapid, fearless failure — and the learning and iteration opportunities that come from being able to do that within a matter of minutes or hours, rather than waiting the days and weeks it takes from couriering material around the world.

Crucially, this new way of working allowed Kydex to host people from across the spectrum, including Butterfly commercial director Lars Rinne and creative director James Lee, designer Catherine Barber, specialists from materials suppliers Tapis and MGR Foamtex, as well as its own experts. 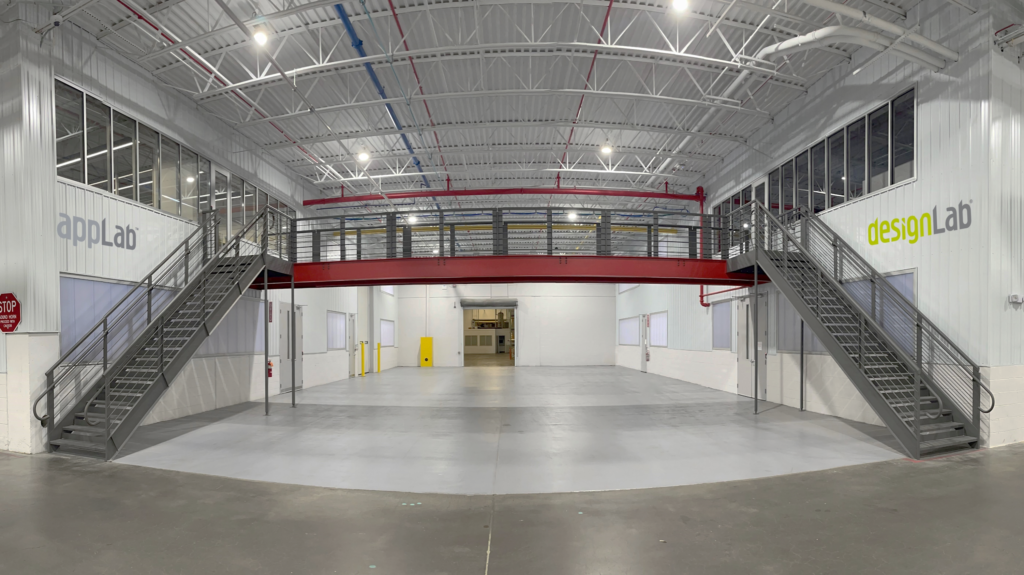 The appLab and designLab literally and metaphorically bridge the gap between designers, customers, and technologists. Image: Sekisui Kydex

For Butterfly, Cort explains, “we could literally model small areas, and then test it to make sure each of those small items pass. But they would fail — either fail impact, or they weren’t rigid enough, or we couldn’t get the detail that we wanted. Or if we got the detail that we wanted, then all of a sudden, we weren’t passing flammability, because the material was too thick.”

The safety and certification arena sees significant benefits from this approach, where early combinations of materials can be tested for flammability, toxicity and other key hurdles — in their combination. This can be a sticking point: if material X is bonded to material Y with adhesive Z, even if all individually pass (say) a flammability test, all three will have different heat expansion rates, sagging properties and so on, which can mean that the overall unit fails. Learning how the materials interact with each other at an early stage means derisking the later process and avoiding the need to go back to the drawing board.

“We failed on that over and over and over again,” Cort admits openly — and indeed this radical sort of transparency is critical to the novel way in which the partners in the seat development have worked together. “The difference is that we could fail because we could, we could build the part, we could modify the tool, we could thermoform, we could adhere everything together, we could bond it all together, we could test it — we could do all of that in one day, where that would normally take weeks, using the traditional process, flying materials all over the place, and putting them together and building a big part, and then the whole seat fails and you’ve got to deconstruct it.” 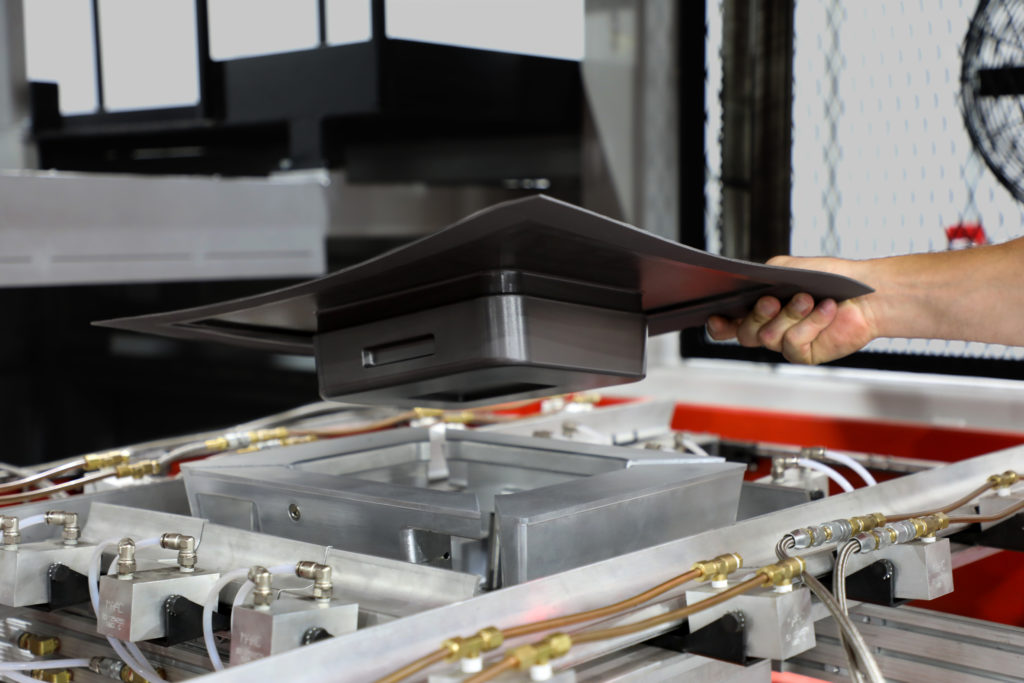 Being able to iterate rapidly with equipment like thermoformers is very useful. Image: Sekisui Kydex

So why is this new way of working happening now? A significant part is that Kydex acquired the full range of the latest generation of rapid prototyping technology, such as additive manufacturing 3D printers, quick-turn tooling equipment, appearance capturing technology, computer numerical control machines, vacuum and pressure thermoforming equipment, injection moulding capabilities, and so on.

But more importantly, it’s about the actual way of working itself: spending time with collaborators, developing relationships, building trust, opening up about problems, sharing challenges, and working together. It’s bringing the human element together with the technical and design element, and Butterfly’s Lars Rinne emphasises how “incredibly supportive and humane the relationship with Kydex was and is”.

Aviation is often a hard-nosed business where zero-sum perspectives are all too common. It’s refreshing — in the sort of way that a desert oasis is refreshing — to see a counter-example as one model for the future. 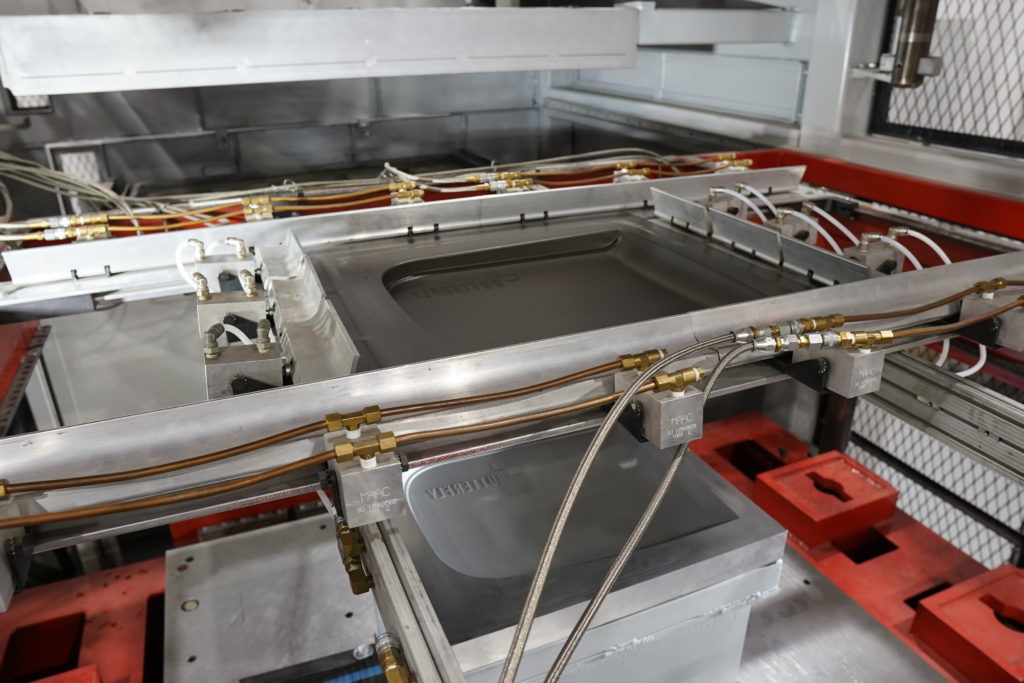 For a seat like Butterfly, pressure forming tooling means the pace of development can be accelerated. Image: Sekisui Kydex