Even casual observers of aviation know that mood lighting has been having a serious moment – it features prominently in new aircraft, like the forthcoming Boeing 777X, and is being retrofitted on nearly all commercial aircraft types, including a growing number of aged narrowbodies and new regional jets. An airline may have mood lighting scenarios in the cabin for boarding, dining or sunrise, to name but a few scenes.

Supporting this trend, a new generation of LED lighting is introduced in the industry roughly every two or three years. That’s a testament to the constant innovation occurring in interiors, and the push to improve the aircraft cabin ambience for passengers. But it can also create challenges for airlines that need to replace aged LEDs while ensuring even illumination.

If a LED light in a section of business class is failing, for instance, an airline will want to make sure that its replacement delivers the same performance for consistency, as light plays an important role in how aircraft interiors look. Moreover, certain LEDs change their color sooner or more intensively than others, creating a color drift that can result in strange light effects in the cabin. “So, airlines are replacing complete sections in order to have the same impression of the light performance, the same color,” explains Dr. Armin Plichta, director aviation & automotive business at SCHOTT, an international technology group specializing in the manufacture of glass and glass-ceramics.

That’s why, not so long ago, SCHOTT developed technology to manage the phenomenon of aging LEDs for the sake of permanent homogeneous light performance. Different from other cabin lighting systems, which work with LED strips, SCHOTT’s so-called HelioJet technology feeds in just four LEDs (red, green, blue, white) in an optical light converter that takes advantage of fiber optic principles. A unique sensor management controls each LED and provides homogeneous light output over the entire life span. The light is mixed and evenly distributed.

In 2015, SAS debuted HelioJet in partnership with MRO behemoth Lufthansa Technik. “We became very interested [in] this feature, knowing that we could replace the old light tubes with LED light, and also adding to that the feature of mood light, which is very important. We can see that it calms down passengers in a very nice way,” said SAS head of cabin interior Per Tideus at the time.

The feedback from SAS, Plichta tells Runway Girl Network, has been very strong with the HelioJet ‘Spectrum’ lighting solution flying on multiple Airbus platforms for the airline, and reaching 1 million flight hours. A white light HelioJet system is now being trialed by Lufthansa.

SCHOTT is focused on the retrofit market versus linefit for driving HelioJet business. “That is what we’re promoting at the airline level, and with the bigger design companies worldwide. We’re not that much in the linefit area. We’re promoting retrofit, and work with MROs. And our partner of choice is Lufthansa Technik because together with Lufthansa Technik, we developed the lighting system,” says Plichta.

He notes that Lufthansa Technik developed a cabin management system (CMS) and GUI for business aviation which works well with the HelioJet solution. But SCHOTT stays flexible, and remains open to working with other partners on the CMS and MRO front. 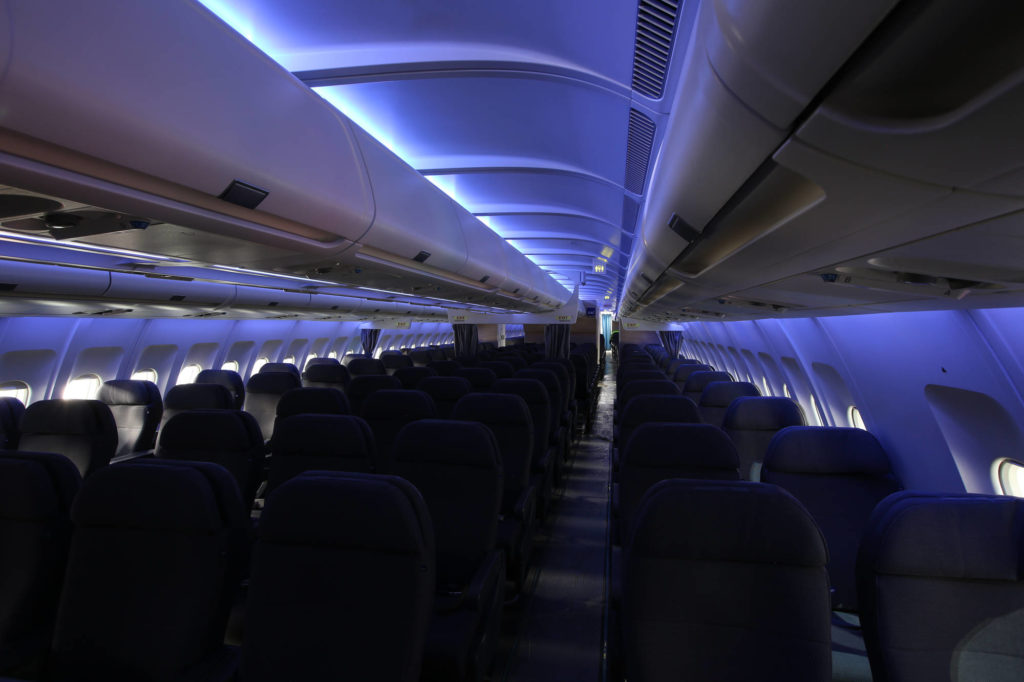 The rollout of HelioJet on Airbus platforms flown by SAS has provided valuable feedback to SCHOTT. Image: SCHOTT

More broadly, SCHOTT sees opportunities for airlines to go further with LED light harmonization by ensuring the CMS not only controls the main cabin lights, but ambient lighting in the premium seats and galleys as well. A discussion has been ongoing within industry about how to ensure all lights in an aircraft can be driven by the same system.

“Nowadays, the CMS installed even in the new aircraft are only driving the main cabin lights; there is no databus connection to seats and galleys to include the ambient lighting there and that’s a challenge currently. Now we try to solve that using the IFE systems. This is working somehow, but at the end of the day, the challenge is that all ambient lights on the aircraft are displaying the same color at the same time and the aircraft has [separate] scenarios for dining, for sunrise, so all the lighting systems in the aircraft including seats and galleys should behave the same, but there is no real infrastructure to do that,” explains Plichta.

“The IFE system has a center control to start videos, so this could be the routing to the aircraft in general because you can give the IFE some messages – ‘please start now a sundown scenario’, and that would mean that the ambient lighting in the seat would display such a scenario, changing colors from blue to deep red. So this could be done by the IFE, because the IFE has a data connection where you use a central computer to drive all the lights in the seat, but this is still a standalone system because IFE is not synced with CMS when CMS is driving the cabin light, so this is the kind of discussions we had at the Aircraft Interiors Expo.”

Outside of cabin lighting solutions, SCHOTT provides reading lights and ambient lighting in premium seats. It’s a far more customized business for the firm. As such, SCHOTT stands at the ready to advance the discussion about harmonizing light in the cabin across cabin elements.

“This is what I can summarize from our point of view – we see that more and more light is coming into the cabin, galleys, lavatories, seats of course and then ambient lighting features maybe in the cabin, around the windows, the star ceiling, all of those nice features. So lighting is becoming more and more important,” says the SCHOTT executive.

“So with more and more light, the question is how can you harmonize that, so you have to take care that the cabin is not too bright, if you have many many little light sources.” 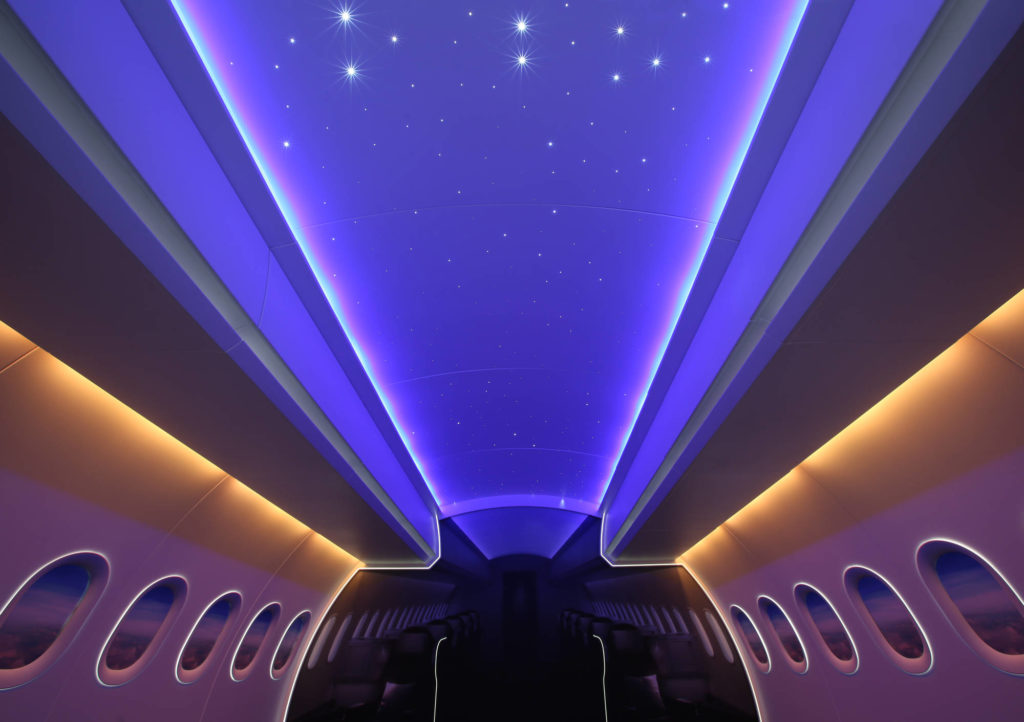 Airbus’ 24cm problem with popularizing the ten-abreast A350