Delta Air Lines gave the world a peek at the PaxEx on its new Airbus A220-100 (formerly the Bombardier C Series CS100) aircraft on the 10th anniversary of its merger with Northwest Airlines, and it is a big leap forward in a relatively short time.

Delta CEO Ed Bastian said of the new twinjet: “We have big plans for our A220 fleet and are confident that Delta customers and Delta people alike will be delighted with the inflight experience provided by this thoroughly modern and efficient aircraft.”

For a small aircraft, the Pratt & Whitney PW1500G-powered A220 is a bit like Dr. Who’s TARDIS: it’s bigger on the inside. The plane was designed by Bombardier from the start to feel wide. It offers many of the same environmental, lighting and structural features that make the Boeing 787 Dreamliner and Airbus A350 XWB widebody aircraft more comfortable for long-haul flights.

Delta has made the most of this big little jet by offering wide seats, inflight entertainment throughout – Gogo’s new wireless seatback IFE system called Gogo Vision Touch – plus Gogo’s 2Ku broadband inflight connectivity, and a bathroom with a view.

The US major has introduced the optimally designed 21″-wide Rockwell Collins MiQ seat. First class accommodates 12 passengers in a two-by-two configuration with 37” pitch, as well as power outlets and large IFE screens. 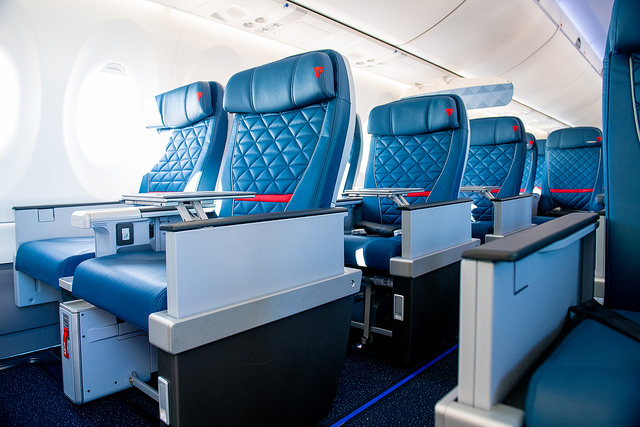 There are 15 Delta Comfort+ 18.6″-wide seats on board with a 34” pitch, in a two-by-three configuration, with signature quilted dress covers. Delta will offer Comfort+ passengers dedicated slots in the overhead bin.

The 82 Main Cabin seats are also laid out in a two-by-three configuration and are 18.6” wide, with foam-backed blue leather dress covers and up to a 32” seat pitch.

Both Comfort+ and Main Cabin passengers get USB power outlets. 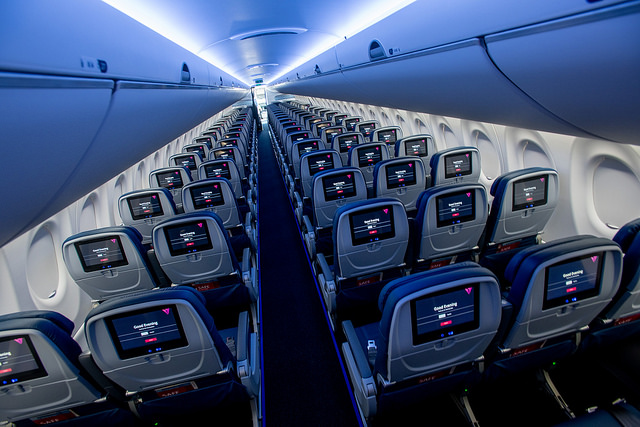 Delta upgraded the lavatory too, with more room and a window – a feature one might expect to find widebody jets. This plays up to the A220’s “widebody in a small-body” character. 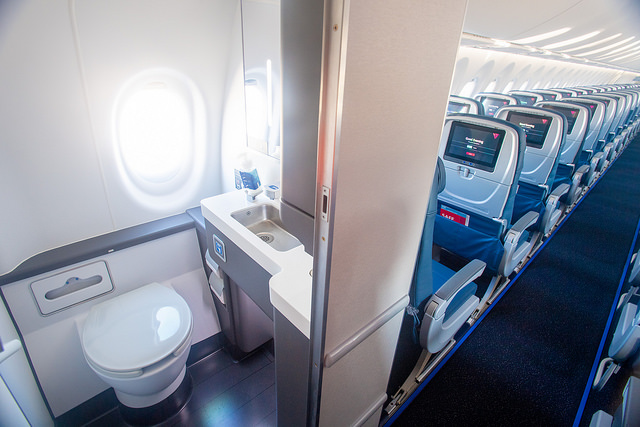 A bathroom with a view. Image: Delta Air Lines

Gil West, Delta’s senior executive vice president and Chief Operating Officer said: “In many ways, the A220 represents our continued work to make flying better for everyone and represents the go-forward objectives of our fleet strategy.”

If going forward means going large for Delta, even in the smaller packages, then they are headed in the right direction. Delta has made a number of surprise moves in recent years to position itself as the US airline that means business. The Delta One suite is a prime example, but it’s not the only one. 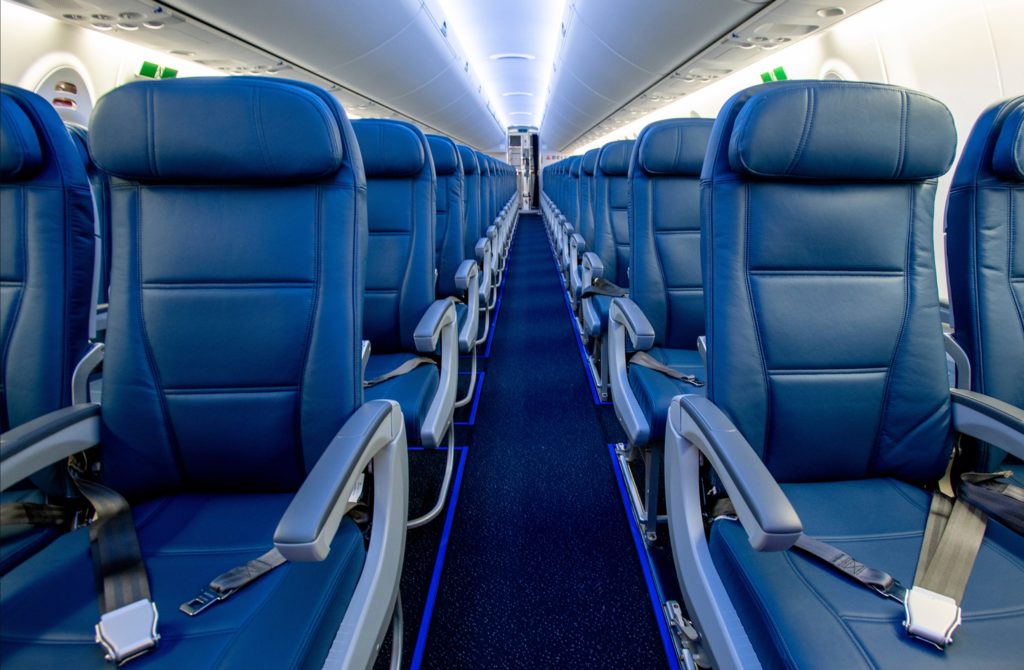 Delta has been laser-focused on establishing a continuity of experience that makes flying for work comfortable and affordable. Whether work is in the continental US or in far-flung cities overseas, whether the traveller is a senior executive, a junior executive, or one of the growing community of hidden productivity flyers (freelancers), Delta has a product that will fit the bill. We shouldn’t forget that Delta also maintains a private jet service for those who require the VVIP treatment.

This is not to detract from the progress American has made in becoming a hospitality brand, or from United’s ongoing efforts to right its ship and aim for the stars. Nor does it interfere with JetBlue’s very refreshing and successful Mint, or Southwest’s bold heart, or Alaska’s home comforts, or Spirit’s budget-friendly sass. 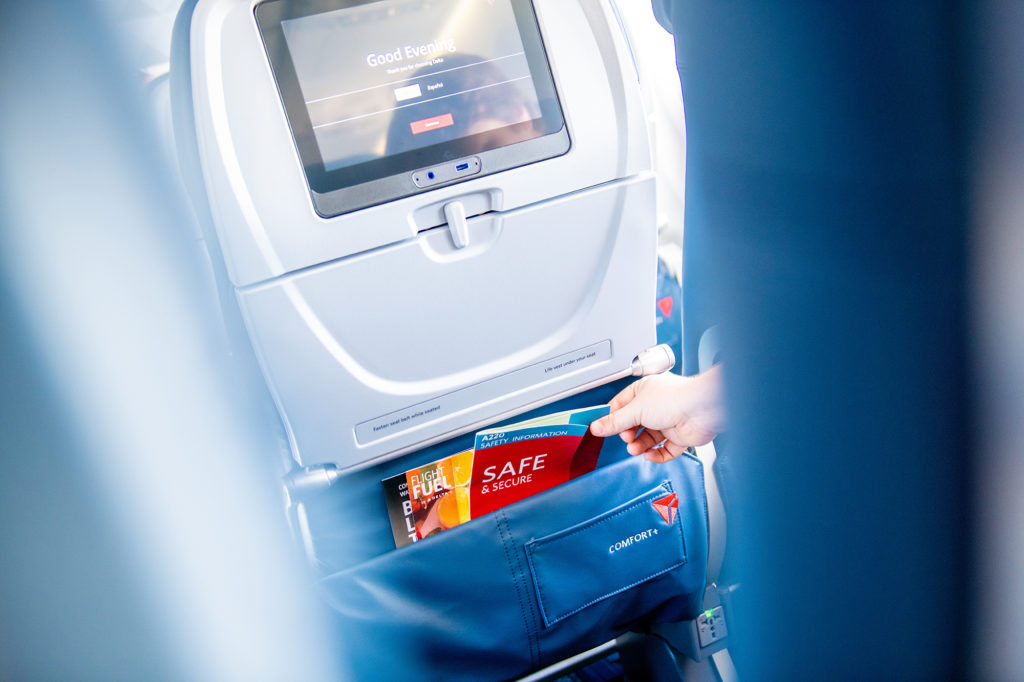 US carriers, each in their own way, are starting to carve out a niche for themselves and defining brands that customers can identify with.

Knowing your target market and accommodating their needs – while leaving plenty for other customers to love about you – is a level of sophisticated merchandising that has been somewhat lacking in the aviation industry post-regulation. Desperate efforts to hold onto market share have meant that many erred in trying to be all things to all people, and that consistently disappoints.

There is still some work to do before the airlines that have survived the shake-up really reflect brand confidence by abandoning killer fares wars, but that may come in time.

Perhaps for this reason it was particularly poignant that Delta chose to reveal its Time Lord worthy A220-100 when it did. Not a trace of the old Northwest remains, or the old Delta for that matter. Instead, what we have is something new, unexpected and as welcome as it is welcoming. 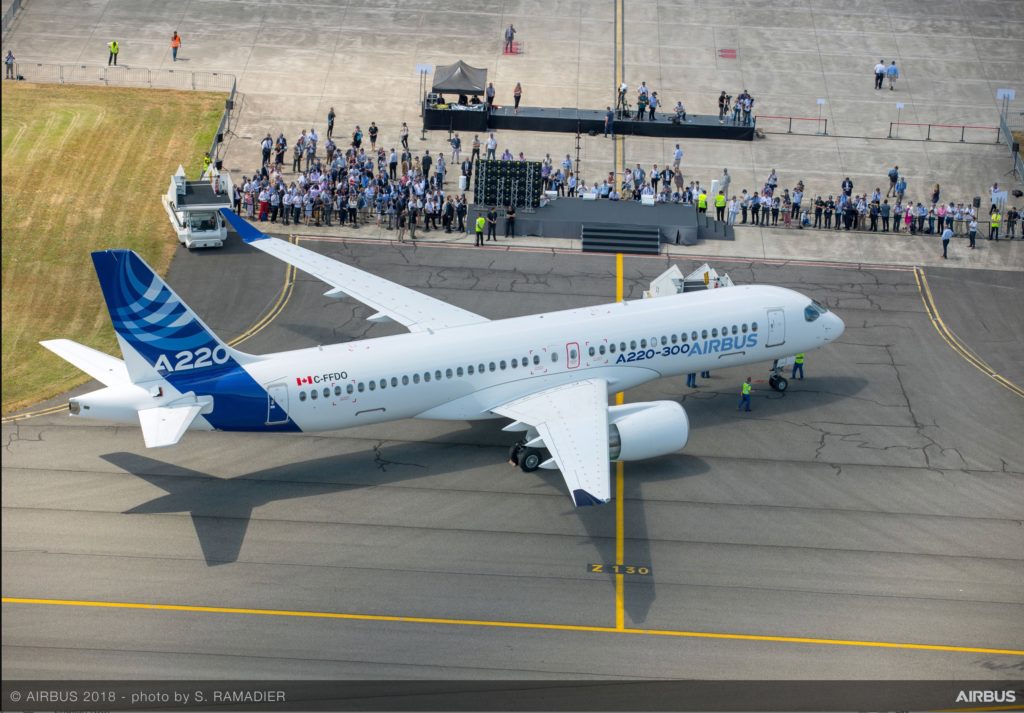 The A220 is a noteworthy addition to Delta’s fleet, but it is also a remarkable addition to Airbus’ portfolio of aircraft. Image: Airbus