SCHWÄBISCH HALL, GERMANY — Creating a successor seat to an industry-leading product is always going to be high-stakes. But with its new CL3810, German seatmaker Recaro has cut 1.5kg per passenger seat through adding composites, has repositioned the seat structure to add what it says is an inch of living space, and is offering some thought-provoking new passenger experience form and function.

On first glance at Recaro’s hybrid in-person and virtual online seat show event in its Swabian headquarters, CL3810 is a striking monochrome update to the previous generation, the CL3710, which the company says secured a 50% market share on the Airbus A350 and Boeing 787 airframes. 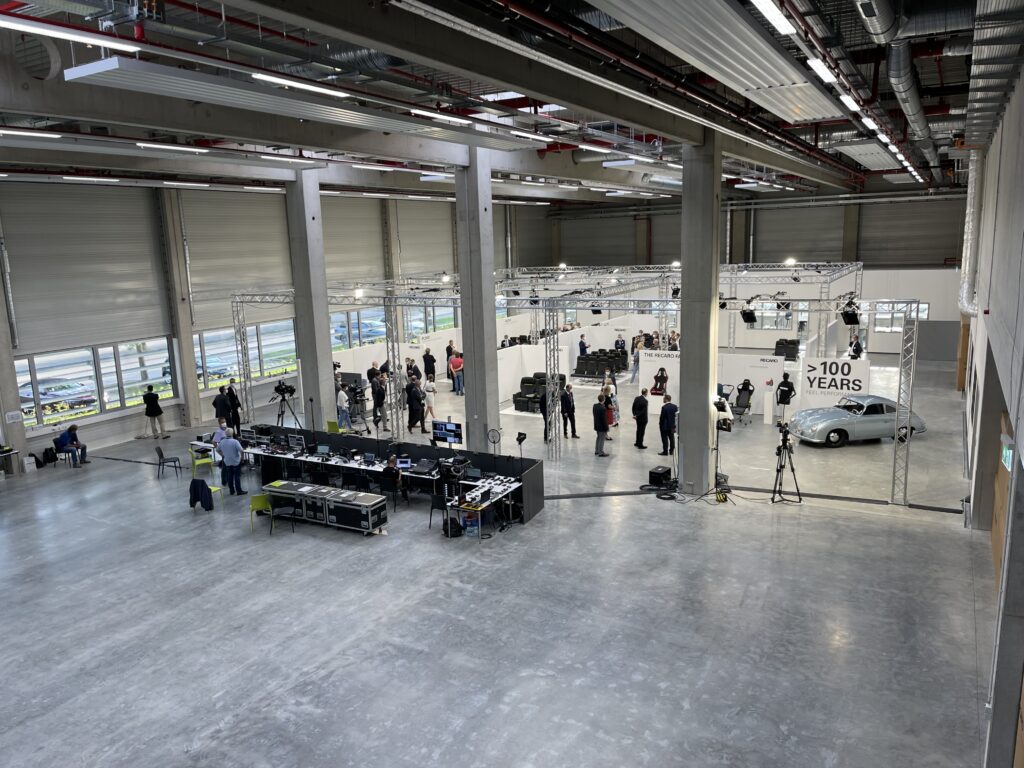 Beyond the CMF, though, the most visible changes are the additional sculpted foams, more streamlined armrests, a new winged headrest option and the new choice for an additional vertical element fully containing the aisle-side and window-side armrests. 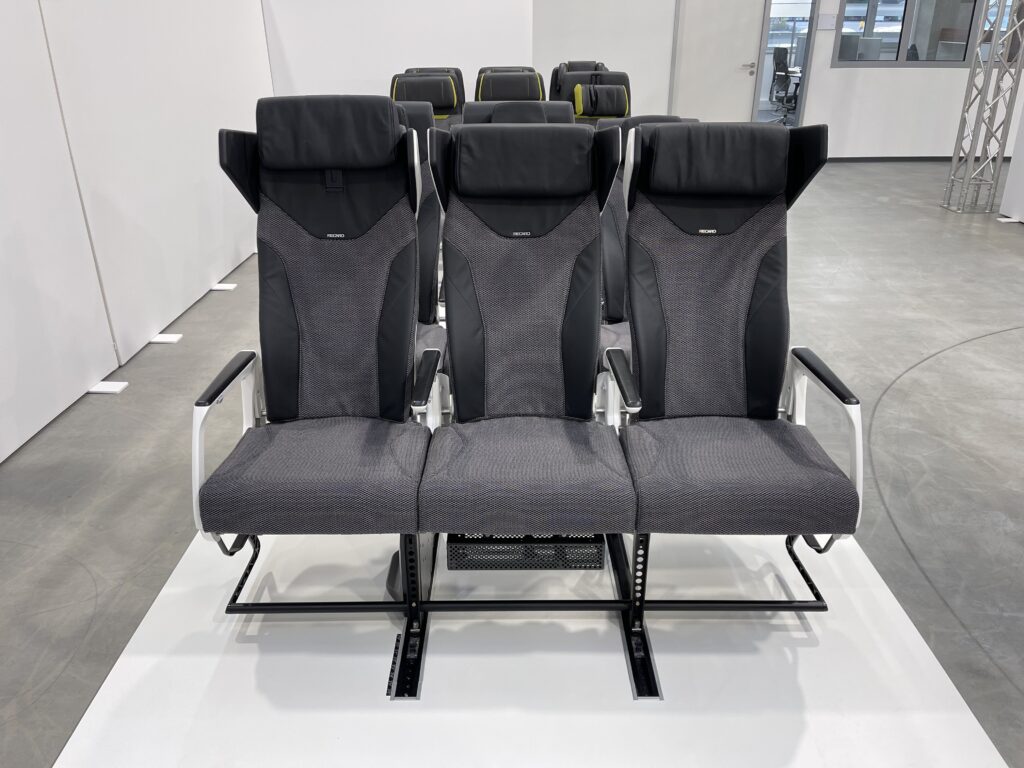 This new fully contained armrest is a new option that Recaro is offering, and it will provoke a certain amount of discussion among taller and wider passengers, who might previously have been able to eke an extra couple of inches of space out at the knee by sitting at an angle.

Runway Girl Network confirmed visually that this swivels up completely to provide access for wheelchair users and passengers with reduced mobility. Renderings for Qatar Airways, the first airline to be announced as selecting the seat, eschew the new armrest style for the more usual option.

The new winged privacy headrest option, meanwhile, is a nod to passenger psychology in the era of COVID-19. Recaro isn’t claiming that it will prevent transmission, but it expects a certain amount of perceived extra privacy from it. The Qatar renderings don’t include this either. 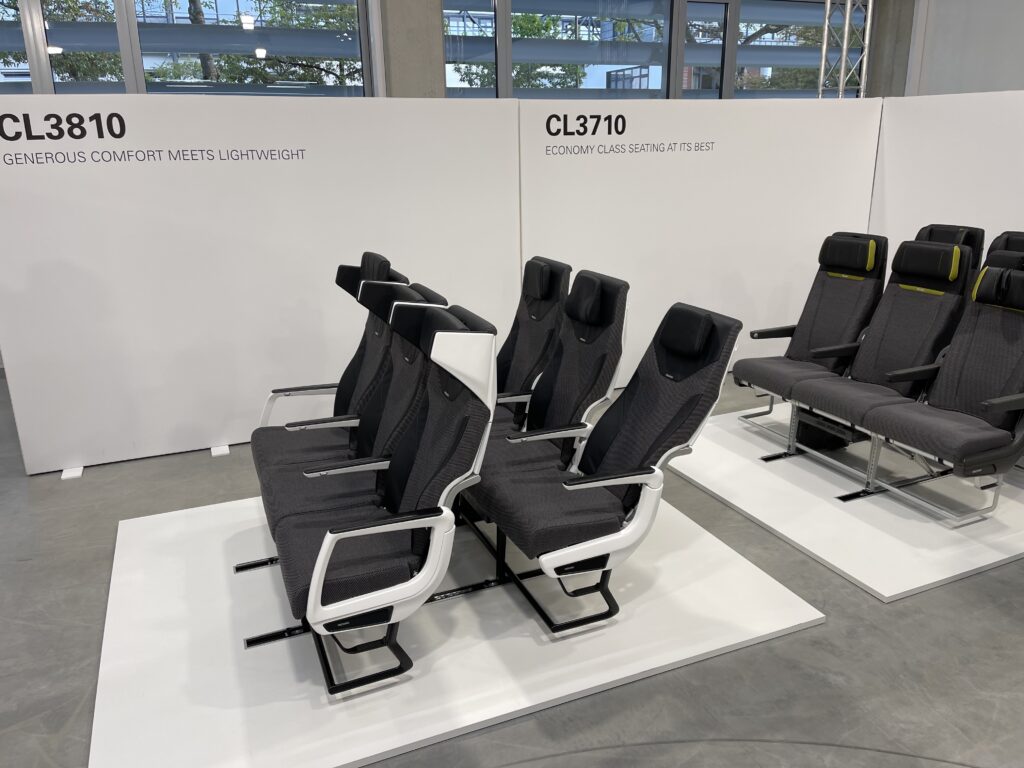 Once seated, it’s immediately clear that there has been a substantial amount of engineering to improve the amount of living space at the knees, even from the already praiseworthy CL3710 in this regard. 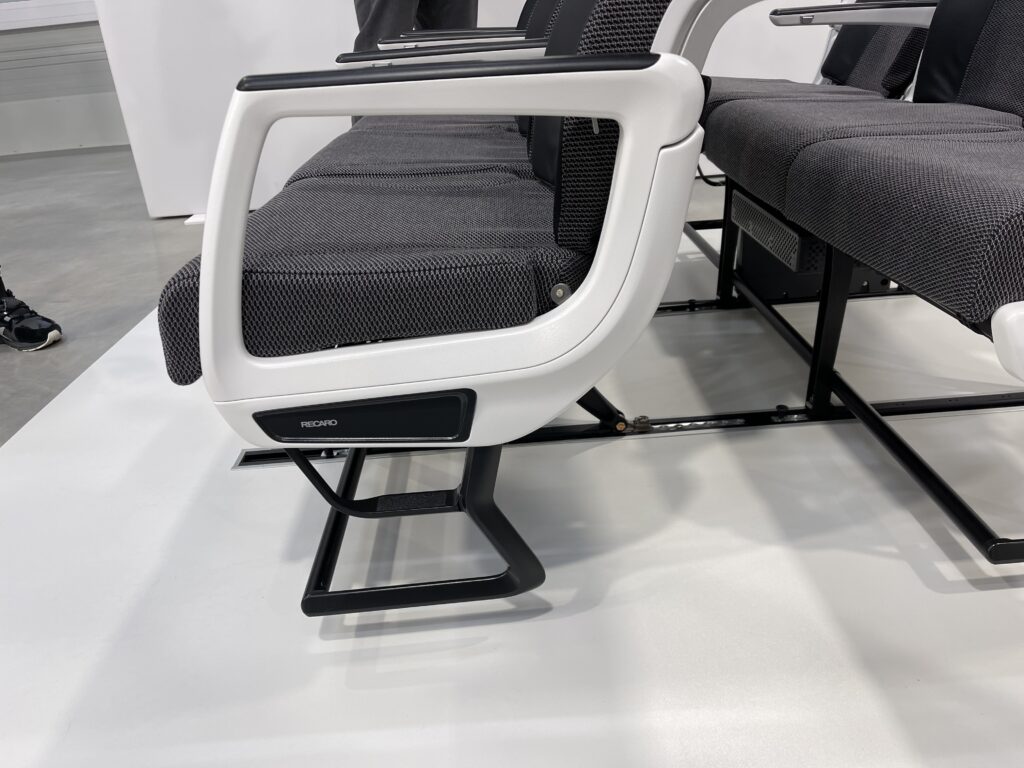 The lower foot guard is sculpted to allow feet to more easily pass around it. Image: John Walton

To get the extra inch of living space around the knees, Recaro has repositioned the rear horizontal support structure towards the front of the seat, enabling a surprising amount of shin clearance, even within the relatively compact environs of a 31” seat pitch.

The slimmed knee area is very clear behind the seat. Image: Recaro

Lifting the cushions, the new carbon fibre backrest and seat pan come into view. (Recaro requested no photographs of this, the secret sauce of its intellectual property.)

The crux of the seat is“using additional materials like composites, especially in the backrest, because the backrest is a very — in terms of HIC testing — important part in terms of integrating of all the different features like monitors, stowages, and for sure for comfort,” chief executive officer Mark Hiller tells RGN.

It is, Hiller says, “a completely new design, more or less a hybrid design of a backrest with the different materials. The foams offered are optimised, the structure itself — it’s really a new development, which which helped us really to bring down the weight of the 3710, which was already quite effective.” 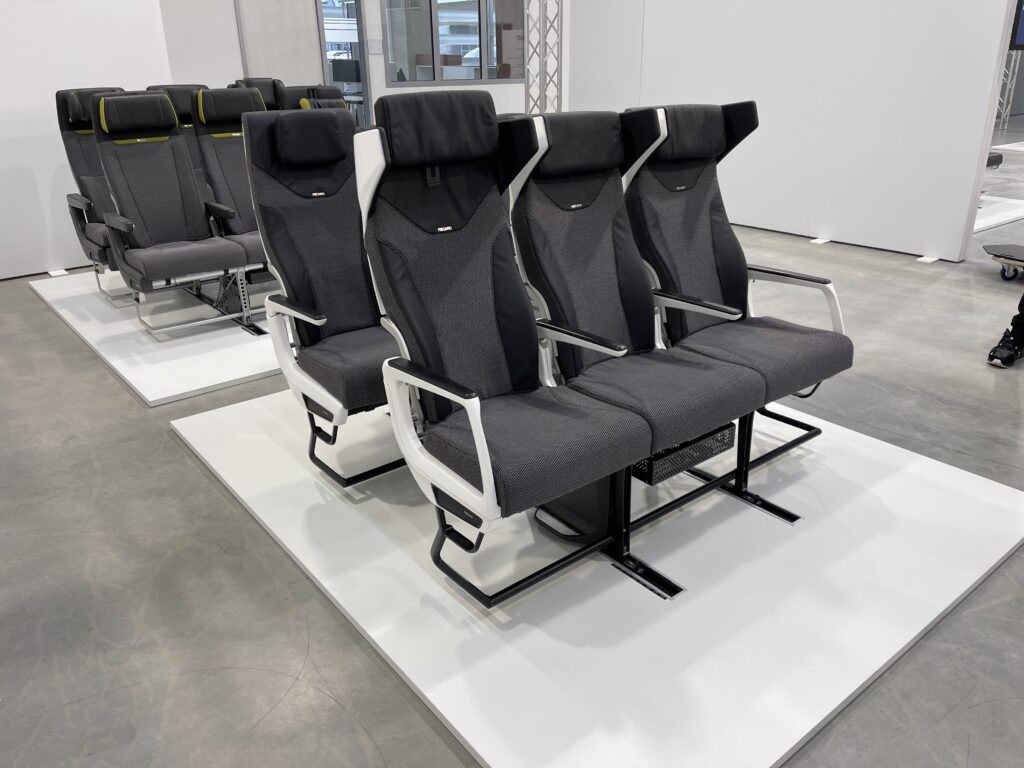 Citing an eyebrow-raising 1.5kg per pax weight reduction — more than a 15% reduction compared with the CL3710 — Hiller explains that the CL3810 is not a “cut-in”, where airlines are expecting to swap in the newer CL3810 for previous orders of CL3710, although “it’s also something that we always provide to customers — if they want to switch over to the new product, for sure we support it. The only thing we need to consider is the lead-time for certification.” 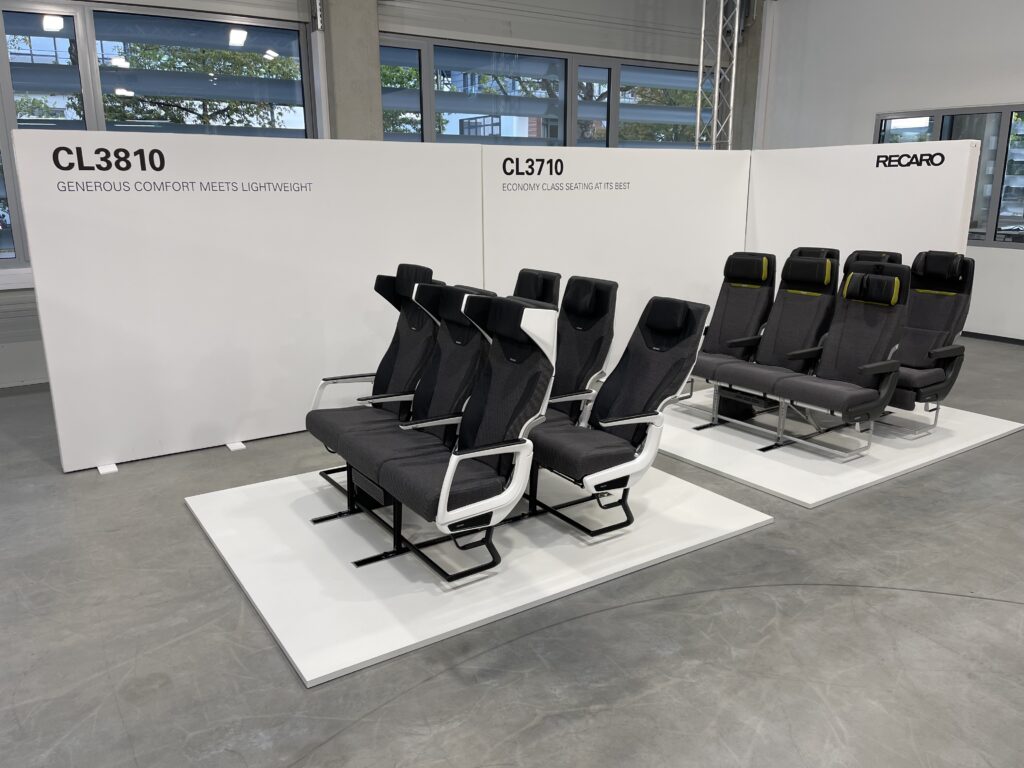 If CL3810 can replicate the success of CL3710, Recaro will be delighted. Image: John Walton

Following the event, Recaro issued a press release revealing Qatar Airways as “one of the first airlines to select the CL3810”, while Qatar Airways chief executive Akbar al Baker noted that “we are pleased to be one of the first global airlines to select the CL3810”, with both seatmaker and airline seeming to studiously avoid the phrase ‘launch customer’.

The Recaro CL3810 is set to début at the end of 2022 on a narrowbody aircraft, the company confirmed to RGN in Schwäbisch Hall. The company later issued a press release stating that “Starting at the end of 2022, twenty shipsets of the CL3810 will be installed on [Qatar Airways’] new A321neo fleet”.

Italian seatmaker Optimares’ Quadra seat had been announced in late 2019 as the product to launch on Qatar Airways’ A321neo.

Recaro provided travel and accommodation assistance to enable RGN’s reporter to visit its virtual seat show, but all our views are, as ever, independent.