With its new Elemento fully featured economy class seat, Geven is introducing three novel features to its product line: a new kinematic system called Wave, a new family approach including plans for premium economy and business class, and the aesthetic expertise that is the first fruit of its partnership with PriestmanGoode.

Runway Girl Network sat down with Geven’s research and development manager, Pasquale Rapullini, to dive deeper into what this new partnership and new seat family mean for Geven, and how the company plans to use the new Wave technology in particular.

“Wave is a special feature that is embedded within the cushion seat pan that helps relax the passenger’s areas that are typically much more affected by high pressure loads,” Rapullini explains, highlighting that non-Wave Elemento and other seats use a transition seat pan.

“From one side the transition helps to avoid the the shear loads when you go and recline, on the other… when you try to compensate for the shear loads there is always some area of the seat pan that compresses the legs, especially behind the knees,” he says. “With Wave, we integrated a kinematic system below the seat that relaxes specifically that area and gives much more space for passengers to extend the legs.” 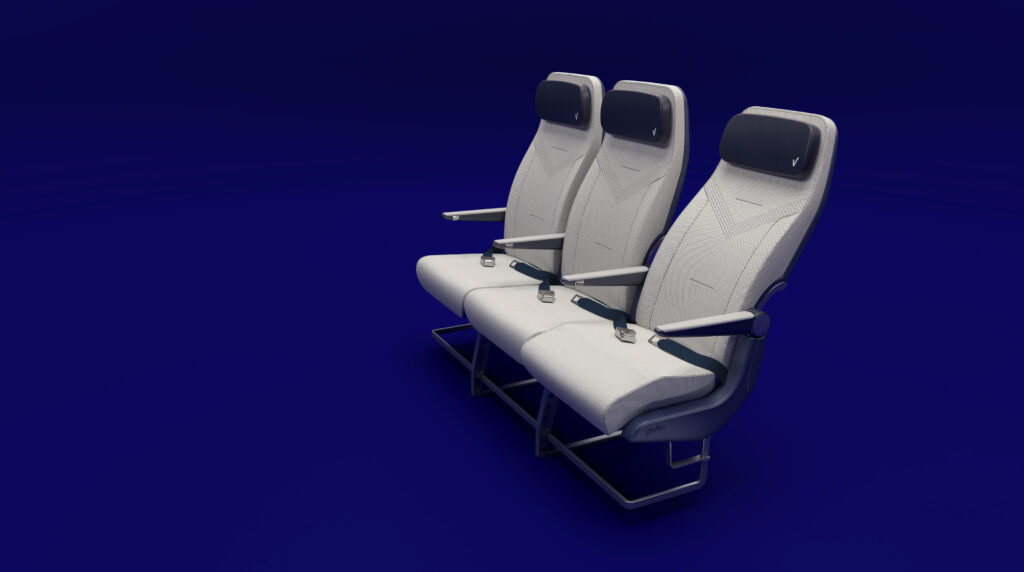 The Wave system in recline is designed to reduce pressure in key areas of the seated position. Image: Geven

Wave as a system is essentially rethinking the idea of the way an adjustable seat pan moves. Rather than the pan remaining essentially the same surface but changing position at the front, rear or both, the Wave system raises in the middle and dips at the front, creating a new form for seating.

It is, Rapullini notes, “a patented device that we integrated on these Elemento seats — on this version of Elemento. It follows the logic of the passenger-centric approach that we would like to have with this next generation.”

That generation is planned to stretch throughout the aircraft, with Geven building on its existing experience with economy class seats to move towards a nose-to-tail seat offering.

“We start with economy, because it’s what is in our DNA, what the market knows Geven for, but of course we don’t want to stop [with] economy,” Rapullini says, “so it’s the first of our four seats.”

Noting flat bed business class and premium economy products are in the pipeline, Geven will also offer Wave in the pointy end of the plane, he notes: “the Wave system will be not only sold in the economy, it will be sold also on the higher versions of the premium seats especially, in a little more advanced shape.”

In addition, there will be aesthetic and design cues that carry through the Geven family, developed as part of the company’s February 2021 partnership with design house PriestmanGoode. 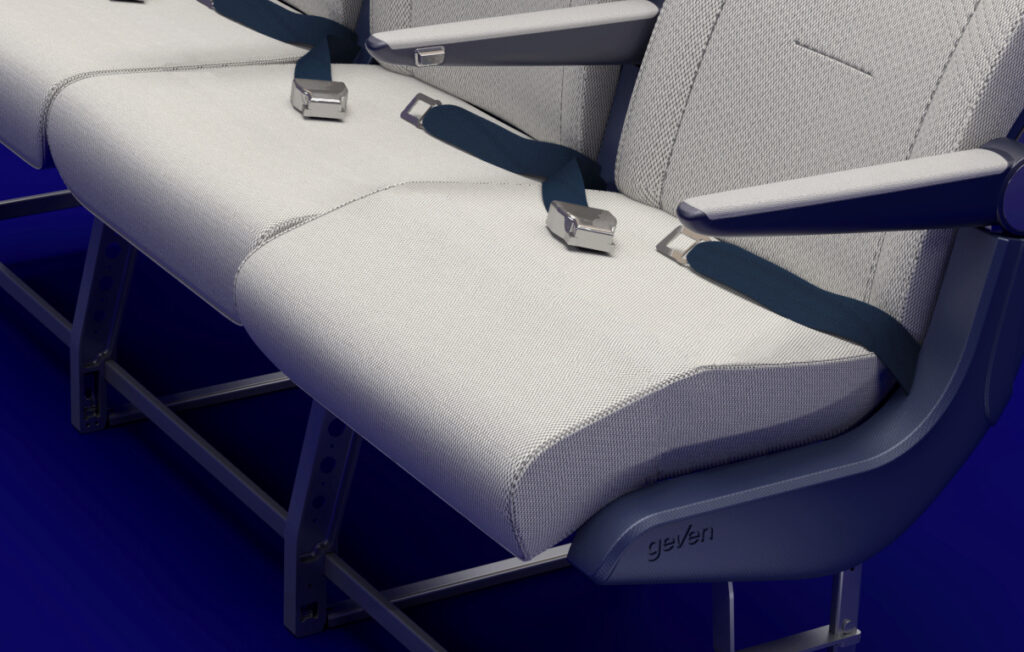 Zooming in, the Wave difference is clear. Image: Geven

There are certainly some key updates to the previous Elemento seat that Geven was showing on the floor of the APEX Expo as long ago as 2016, including new branded end caps and of course a for-sale set of colour, materials and finish that will never see the inside of an aircraft but nonetheless drives a cohesive product line story.

Indeed, the new Elemento looks — as one might expect — bang up to date, and the work to get there has been, Rapullini says, “a very, very intense, challenging and fruitful collaboration. It has been hard because of COVID, as you can imagine — we had no physical meeting at all” with PriestmanGoode.

Much as the rest of the world is relying on online tools to work during times of pandemic restriction, it will be fascinating to see the ongoing impact on seat design and manufacturing. With more seats in the new Geven family promised, all eyes will be on Naples for the next one.