Collins Aerospace’s Super Diamond herringbone seat was one of the hallmark products of the 2010s. As we accelerate into the 2020s, the seatmaker is evolving its existing seat to a new generation of product, and evolving its branding and marketing messages alongside. The next generation of herringbone, set to arrive within the next two years, is called Elements, while the latest version of the current generation is referred to as Elevation.

Elevation would include — and indeed, at the Aircraft Interiors Expo in Hamburg in June, was physically represented on the Collins stand by the Boeing 777 version of — the British Airways Club Suite, the doored herringbone mini-suite Runway Girl Network reviewed in its airbus A350 configuration shortly after its launch in 2019.

As Alastair Hamilton, Collins vice president for sales and marketing for aircraft seating tells RGN, “Elevation is is out there, it’s flying, it’s a current product. So if you want to take a shipset in eighteen months, we’d take you towards Elevation. If you got nearer to 24 months, and a longer lead time, we can bring Elements in, since the newer product is just not flying on the market yet.’

The delay to Elements wasn’t, it seems, planned — nor under Collins’ control, Hamilton suggests, given the halt to Boeing 787 deliveries. “It’ll enter service on 787s probably the beginning of next year. It might have been out already if 787s were moving a bit faster. But it’s a newer thing, and we just need longer to get it launched and move on to the next customer.”

Comparing between two airframes is always a bit perilous, but here is the Elevation 777 version… Image: John Walton

In terms of structure, the visual comparison between Elevation and Elements immediately demonstrates a widening of the footwell area and the sleeping space beneath the waist. Even comparing the Elevation version on the larger 777 fuselage to the Elements version for the smaller 787, it is clear that the substantial cutout beneath the monitor on the side away from the aisle creates a decent amount of extra knee room.

“We’ve sculpted away the console there, so you get a bit more of a turning circle when you’re lying in the seat, and then further raising the food tray so that’s out of the way as well,” Hamilton tells RGN. “So as you go into bed mode, again, you get more of a turning cycle to move around. So it’s really about the kinematic: the food tray’s higher. Everything’s just a bit further [away], using the space more efficiently.”

…and here is the 787 Elements implementation. Image” John Walton

In addition, Hamilton says, “we changed the kinematic of the seat. So when you’re in upright here, and TTL [taxi, takeoff and landing] mode, seat is much nearer the back of the shell. So as it reclines it has a different translation, which then [means] we use this space more efficiently.”

Elements also combines the two smaller closed storage side areas from the earlier seat into one bin that is slightly smaller than the two combined, but larger than either of them individually. 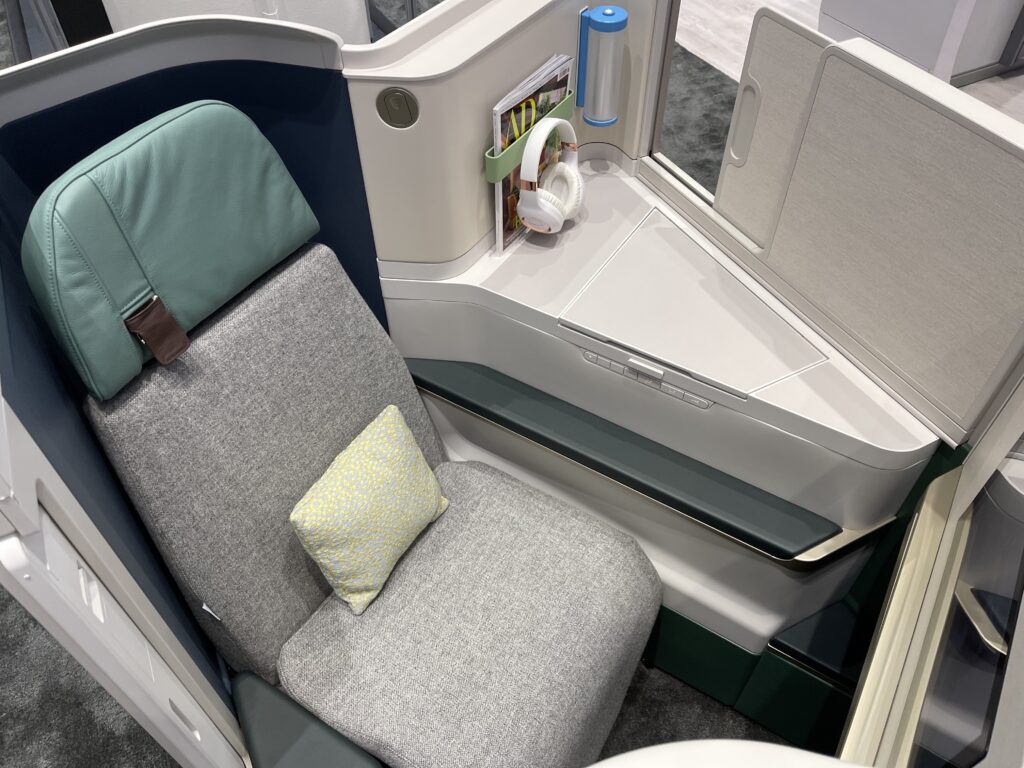 Elements has one side storage bin and a low, long armrest. Image: John Walton

This seems sensible: when flying the BA A350 version of Elevation, the two storage areas seemed slightly redundant and the rear space in particular was suitable for a wallet or passport, which would have fit into the forward space in any case.

In redesigning this space, Hamilton says, “we’ve used that space actually for the food tray. We’ve used in a different way to create some more space in the front of the passenger.

We squeeze more living space out of the seat, rather than just take more away from passengers.”

Indeed, the meal tray seems substantially more elegant with Elements, without the need for the rather obvious track system on the console.

Overall, it’s clear that some elements of Elements (if you will) are already being brought into the Evolution generation — the doors, for example, were initially shown as Elements at Aircraft Interiors Expos past.

But the overall look and feel is impressive. If you as an airline, or as a passenger, liked Elevation, it feels like you’ll love Elements. 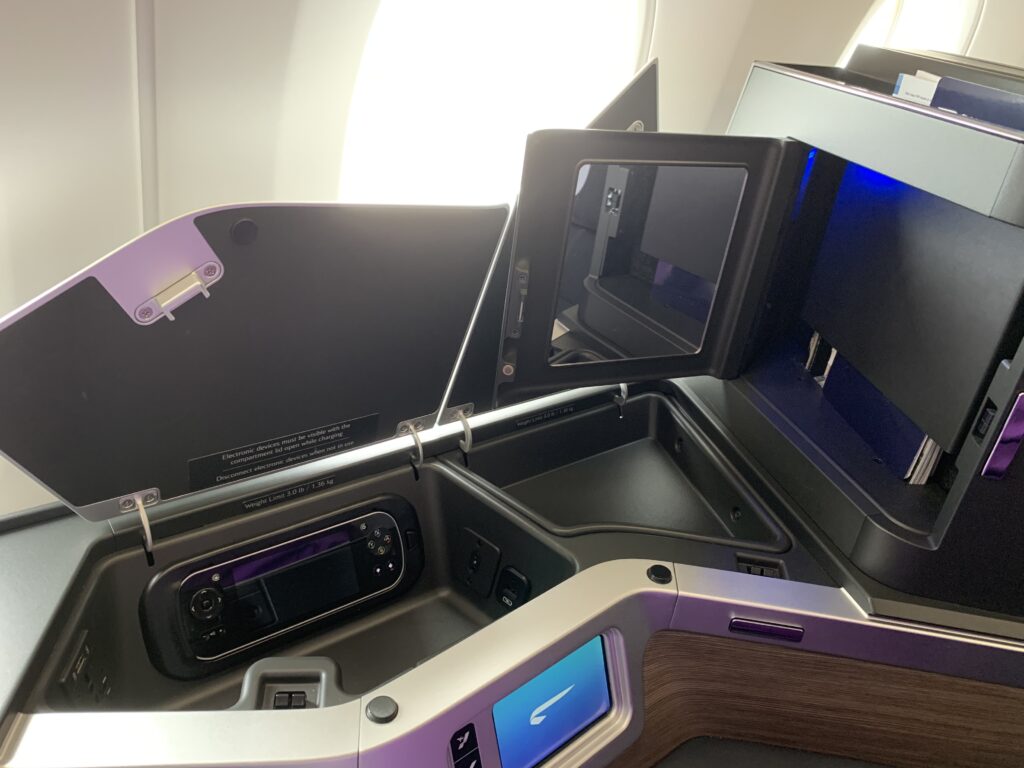 Seen here in its A350 version, the two bins of Elevation are now one bin on Elements. Image: John Walton

Press Release: DOT calls on airlines to seat families together for free