British Airways is tapping Collins Aerospace to update more of its Boeing 777 aircraft with the new Super Diamond-based Club Suite doored mini-suite business class product it launched on its Airbus A350-1000 — and to update the Club Kitchen self-service area — between now and the end of next year.

The rollout, British Airways says, has already started and is “expected to be completed by the end of 2022”. For a large airline these days (even before COVID), this is impressive: there are certainly carriers that have recently tardied with a refit to the extent that their seats are already a generation behind. 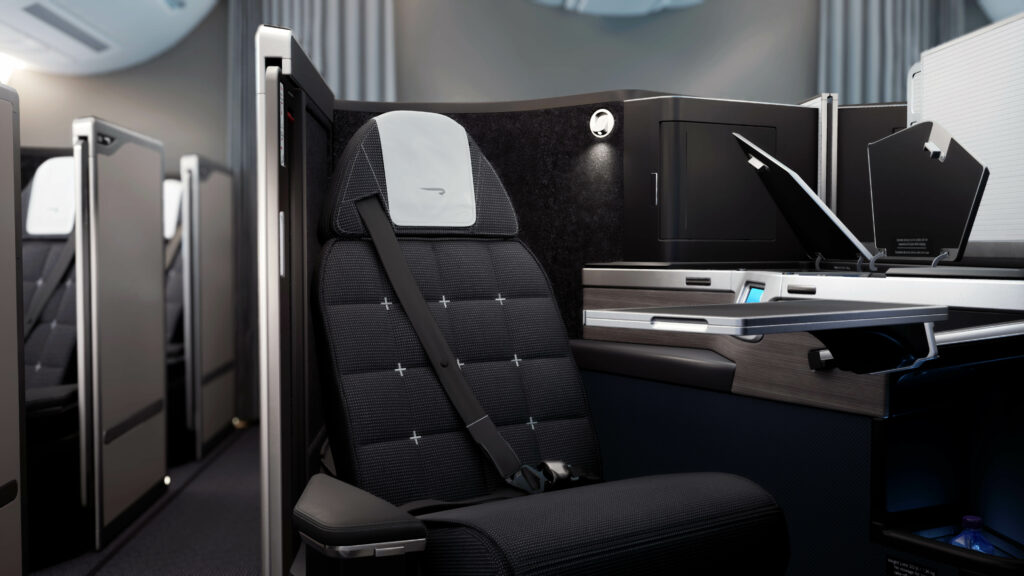 The Club Suites were designed based on customers’ feedback. Image: British Airways

“The airline already has retrofitted a number of its Boeing 777 aircraft with the latest seat and will be working with Collins Aerospace to ensure the rest of the airline’s 777 aircraft are fitted with the new cabin,” explains BA in a statement.

“The retrofitted Boeing 777 aircraft will be operating from London Heathrow,” adds BA, and RGN understands that the airline’s London Gatwick-based aircraft — mostly used for premium leisure routes — will not be part of the upgrade programme. British Airways’ future at Gatwick has been under question as the airline spars with its pilot unions over moving short-haul staff to a new, lower-paid subsidiary company.

Notably, “as part of its commitment to the North Atlantic, all British Airways flights to JFK will be operated by an aircraft that has the airline’s Club Suite product,” says BA. Business travel to New York in particular has always been the bread and butter of the airline’s transatlantic strategy, and this consistency will certainly be welcome for travellers. 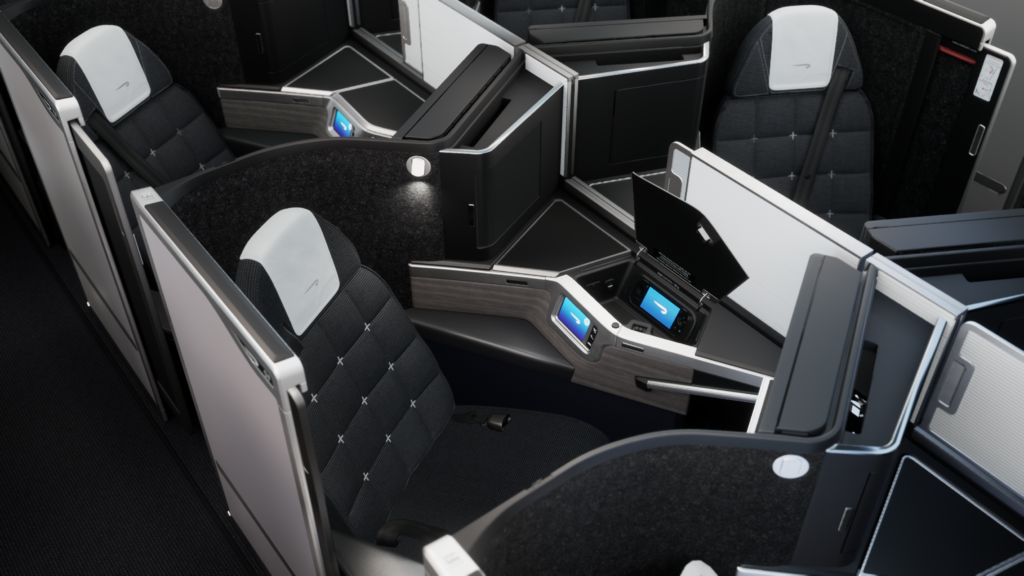 Each Club Suite includes a fixed 23-inch high definition inflight entertainment screen that can be controlled with an integrated handset. Image: British Airways

The gap between BA’s 2006-era forwards-backwards yin-yang Club World seat and the new Club Suite is substantial, so not having to scrutinise flight lists deeply to figure out which decade a product is from will be helpful for NyLon travellers. The older seats will, however, remain on the rest of the fleet.

It will be interesting to see what the implementation of the Club Suite on the 777 fuselage — wider than the A350 — means in terms of the personal space and ergonomics of the seat that your author flew in its A350 version in 2019.

The Club Suite — here on the A350 — is a huge improvement on the previous generation. Image: John Walton

Very pleasingly, “as part of the upgrade, the airline’s Club Kitchen is also getting a makeover with new Club chillers and built-in storage for snacks, drinks and other refreshments, allowing customers in Club World to help themselves to refreshments at their leisure,” British Airways continues.

The Club Kitchen on the A350 is a humdrum, grey, neglected space even on long afternoon day flights, so it will be excellent to see what Collins can do to really make this space sparkle. 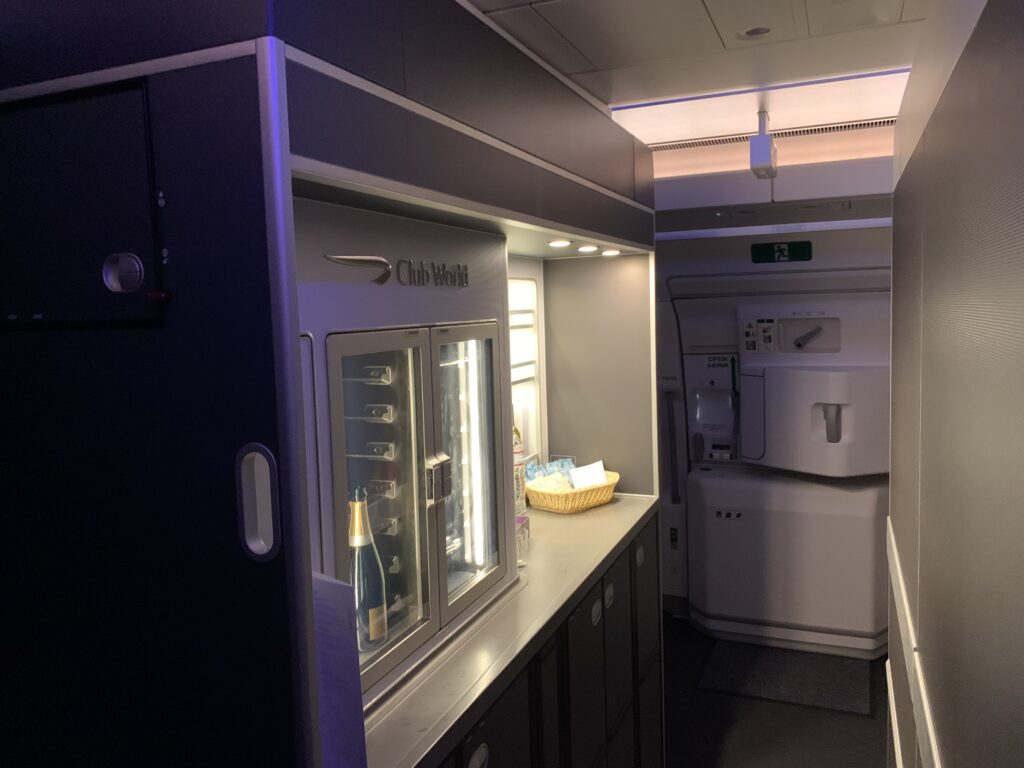 The A350 Club Kitchen is a real missed opportunity. Image: John Walton

Says the supplier, “the agreement includes installation of the popular Club Suite business class seat, the Club Kitchen and a new cabin configuration.”

Collins will also perform full-cabin integration work — including engineering design, test and approval — along with program management and third-party supplier approvals. Some of the modified aircraft are already flying with the upgrades expected to be complete by the end of 2022.”

Collins highlights in a release — and it’s unusual in itself to hear from the previously secretive seatmaker — that “through its Integration and Engineering group, Collins Aerospace has an Organization Designation Authority from the FAA to oversee the certification and Supplemental Type Certificate for the upgrade. Manufacturing of the new suite seats is being completed at the company’s facility in Kilkeel, Northern Ireland, while the new Club Kitchen was designed at the company’s facility in Everett, Washington.”

BA, meanwhile, will also be retrofitting its latest first class seats, which finally have a door, onto its 777-300ER aircraft. 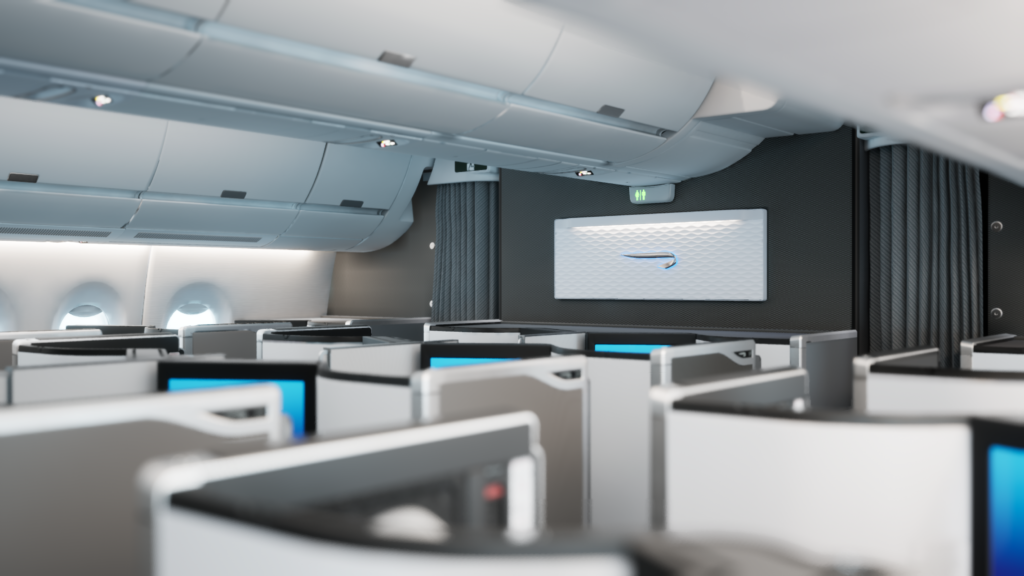 By upgrading some 777s, BA is providing greater commonality across its fleet. Image: John Walton