As Air France announces it will be the first airline to withdraw completely its fleet of Airbus A380s, Emirates is in negotiations with Airbus to cancel its final orders, and the superjumbo’s future looks increasingly uncertain at other operators, what can we learn from the world’s largest passenger aircraft as it disappears from our skies?

The A380 has been, for most of this millennium, the passenger experience showcase, the halo product of halo products, a flying cruise liner up front (and upstairs) and what was probably the world’s most comfortable economy class experience down the back.

The A380 also served as a sign that an airline was serious about being a major player — or at least that it had ambitions to be. Those ambitions were perhaps not couched in eventual reality for some carriers that took the aircraft, however. Perhaps the best example of this is Malaysia Airlines, which went through so many iterations of trying to either divest itself of the aircraft, turn it into a sub-branded operation or some combination of both, that most people lost track.

In addition to being an astoundingly quiet and stable aircraft, inherently a #PaxEx win, the A380 was perhaps the best thing to happen to the passenger experience since the introduction of on-demand inflight entertainment.

The aircraft’s wide seats measured over 18” on almost all airlines, while the spacious main deck’s curvature provided both a sense of space and, thanks to the door spacing and associated lavatory and galley monuments that most airlines selected around them, avoided the feeling of tunnel vision generated by long cabin sections. 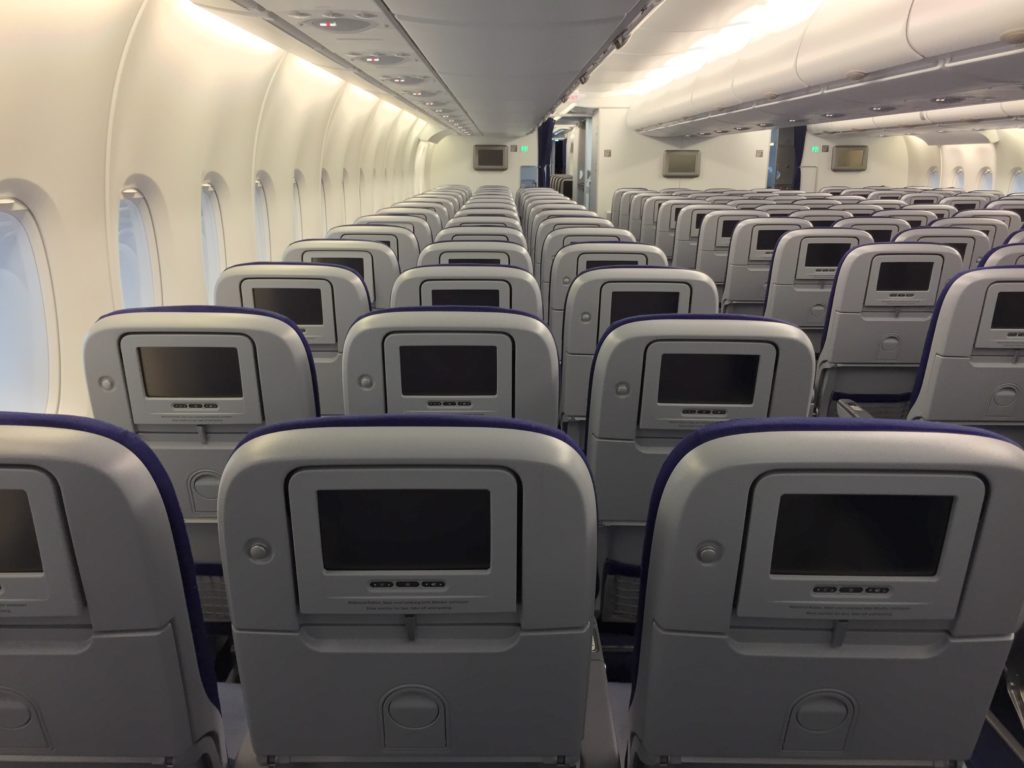 Even in economy, the A380’s curvature and size make for a comfortable ride. Image: John Walton

Upstairs, those airlines with economy mini-cabins in a 2-4-2 configuration featured side-bins for window seat passengers that were a real boon, while either 2-3-2 premium economy upstairs or 2-4-2 downstairs were more spacious than almost any other aircraft.

In premium classes too, the A380 broke boundaries. From launch customer Singapore Airlines’ first-generation suites, through Emirates’ iconic bar and first class showers to Etihad’s Residence, the story of the A380 was about the halo product that carriers used to boost their image, never mind that — for example — the other aircraft in Emirates’ fleet still don’t have the 2003 standard direct aisle access in business class, and many don’t even have the 2000 standard of fully flat beds.

Indeed, one of the strengths of the A380 was the opportunity for airlines to made interesting choices about what to do with the space outside the seat-tracks, turning what might have been wasted space into something new, something exciting, something never before seen.

At the front of the aircraft, it was the “forehead” space upstairs that Emirates used for its first class showers, that Etihad used for the Residence on one side and a first class shower on the other, that Lufthansa used for modern aviation’s only stand-up urinal, that Singapore Airlines uses for its spacious lavatory-and-changing-areas — and that many other operators squandered on little-used lounge seating areas for business class. 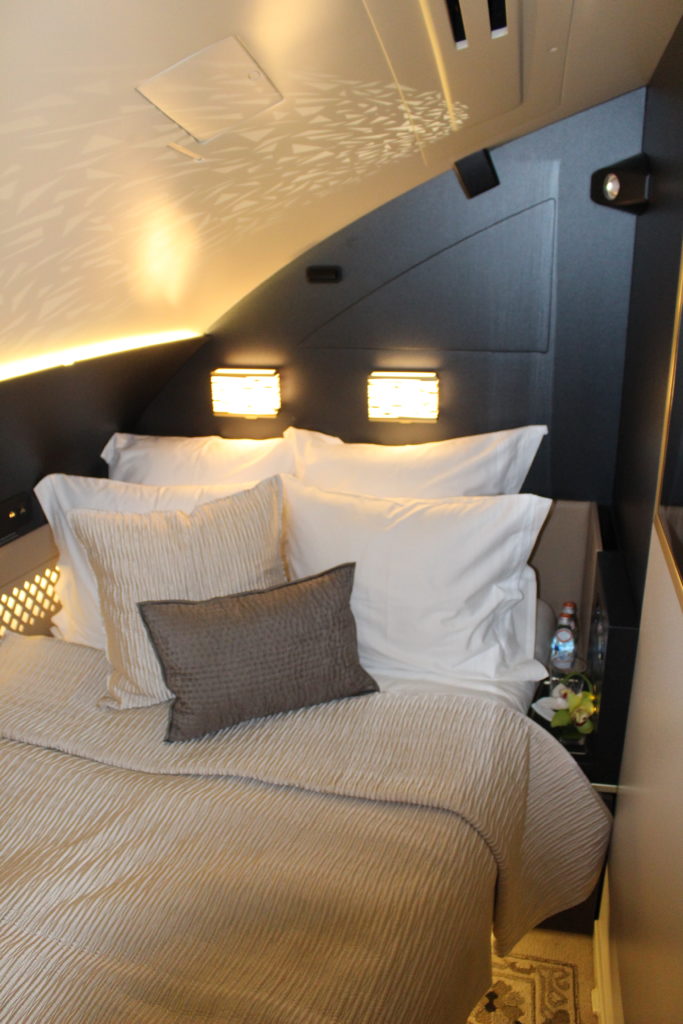 Etihad’s Residence sits in the port side forehead section of its A380s. Image: John Walton 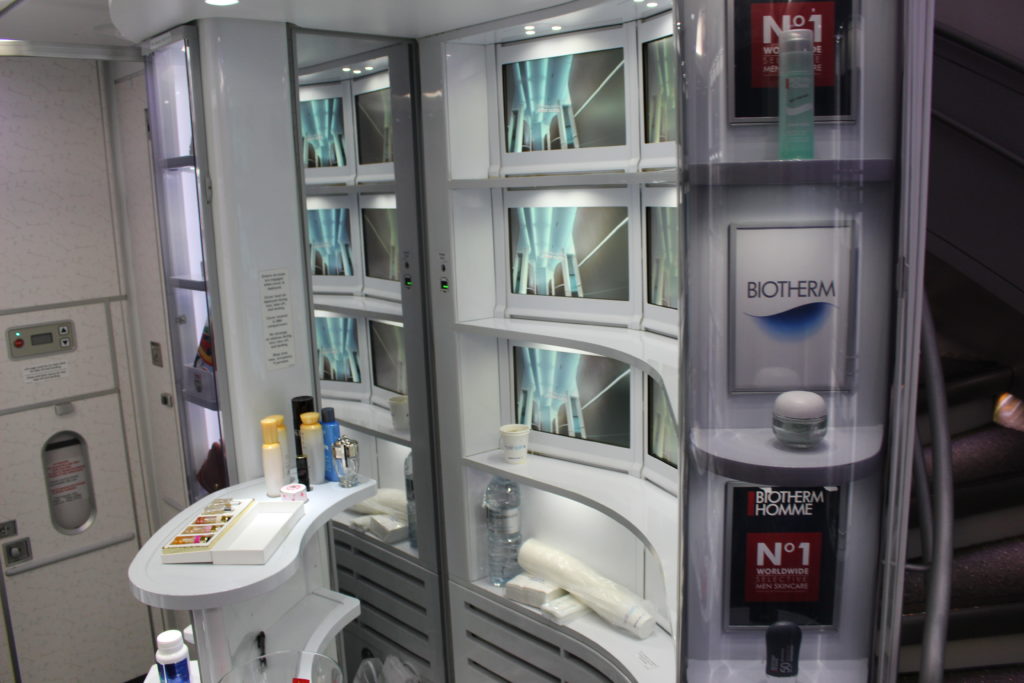 Korean Air was the only airline to offer a duty free browsing experience by the rear stairs on the lower deck. Image: John Walton

In the middle, it was the joint business and first class bar and lounge areas on Etihad and Qatar Airways, and it’s here in the middle that the A380 can perhaps most inspire the widebody twinjet-shaped future without the superjumbo. 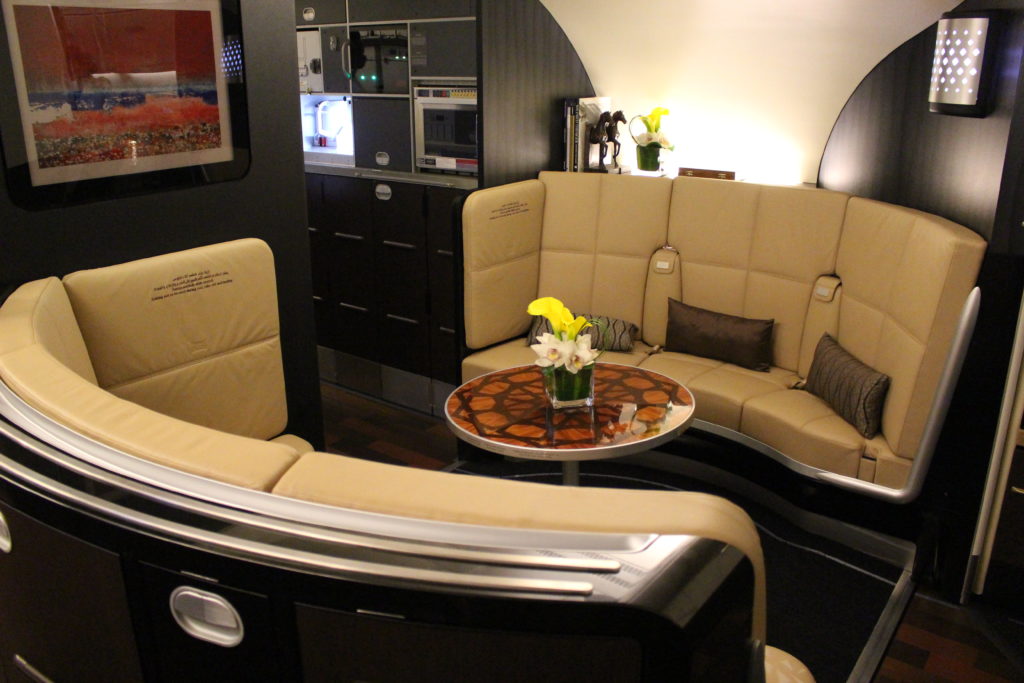 Without the uniquely shaped forward and aft spaces of the A380, it’s time to look to the passenger experience supplier industry, cabin interior design engineers and airlines themselves to figure out how to bring the very best of the A380 to the new reality, which is shaped more like the 777 and A350. Is it the Collins-style convertible space? Virgin Atlantic’s Loft? Aeroflot’s bar? China Airlines’ tearoom? Or a combination of that — or something entirely new? 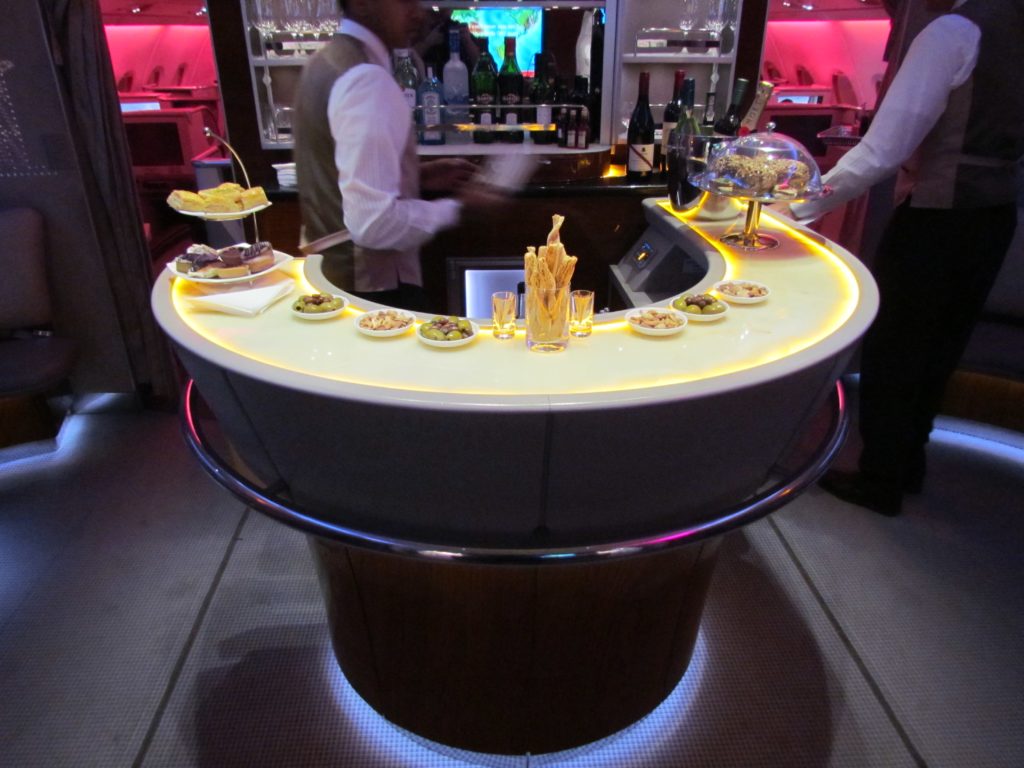 Emirates’ bar, whether in this first generation or the later version, is a delight. Image: John Walton