“Let’s get Congress involved in this complex matter that requires in-depth understanding and the consideration of experts,” said nobody ever. Alas, so we come to the first reauthorization process for the Federal Aviation Administration since 2012.

With multiple attempts to add ill-conceived and unwise regulations that demonstrate only the ignorance of Americans’ elected representatives, you might think it hard to pick the worst, but fortunately (or unfortunately) US Representative Steve Cohen (D-TN)’s SEAT Act, attempting to set a minimum airline seat size, won the race by a mile.

The average distance between rows of seats has dropped from 35 inches before airline deregulation in the 1970s to about 31 inches today. The average width of an airline seat has also shrunk from 18 inches to about 16 ½.

Embarrassingly, these data are wildly inaccurate. It is inherently complicated to compare pitch between the 1970s and 2010s for many reasons, including seatbacks becoming several inches thinner and the rise of extra-legroom economy. The average in basic, back-of-the-bus economy in the US is likely somewhere between 30 and 31 inches, yet as the US government’s own data tells us, passengers can still buy 35-inch seats in extra-legroom economy for lower fares than twenty years ago.

Worse, seat width on narrowbody Boeing aircraft hasn’t changed since the Boeing 707 first flew. The 727, 757 and 737 families share the same six-abreast 17” economy seating as in Rep Cohen’s “good old days”. The Airbus A320 and A330 families and Boeing 767 aircraft introduced from the 1980s onwards are even wider.

There isn’t one single US airline that has seats as narrow as 16.5 inches, so there is no way it can be an average of anything except for a single Malaysian long-haul carrier, AirAsia X, which doesn’t even serve its single announced US route (Kuala Lumpur-Honolulu) yet.

A 17-inch seat width on nine-abreast Boeing 787 and ten-abreast Boeing 777 aircraft plying longhaul routes is narrow enough — Rep Cohen and his staff don’t need to bandy about fake statistics to make their point.

RGN contributor Jason Rabinowitz got to the bottom of where these wildly incorrect stats come from: a September 2015 Fortune article from the infamous Christopher Elliott, which itself references a 2013 CNN article that quotes only “SeatGuru” as the source for that 16.5 inch claim.

The trail for the bad data goes cold there, but this is a “garbage in, garbage out” problem.

When I was Director of Data at Routehappy, in charge of researching and verifying the world’s most in-depth database of airline interiors statistics, I instituted a ban on using SeatGuru information as any of the multiple data points in the database. Their data was too wrong, too often, on too many levels.

It’s a shame Rep Cohen and his staff didn’t do the same diligence, or even ask any of the numerous experts I could name who would have told him how to do his homework. 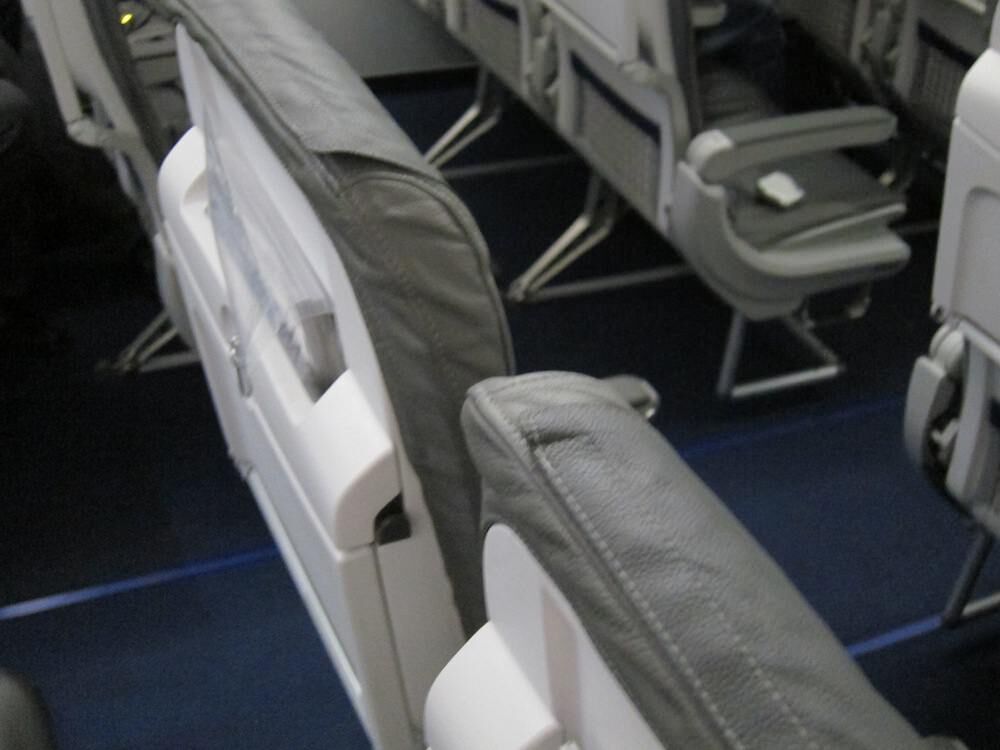 If only Rep Cohen and his staff had even Googled 16.5 seatguru they would have discovered that no US airlines appear in those results, and any expert could have told them that only a handful of overseas longhaul low-cost airlines or charter carriers operate sub-17-inch seats in configurations like the 3-3-3 Airbus A330 ultra-high density layout. This is no average. It’s not even statistically relevant when considering the width of airline seats.

The problem with these uncomprehending attempts at legislation is that their lack of understanding actively works against any efforts to encourage sensible, smart regulation of the airline industry.

If a legislator wanted to look at instituting a minimum seat width in economy class, it is not just the airlines who need to be regulated: it is the aircraft manufacturers. Insisting on an 18” wide seat in economy today would mean that every Boeing 737 and Airbus A320 family aircraft in the US would need to seat five across instead of six: a 17 percent reduction. Passing that increase alone along to passengers (a four-inch seat pitch boost adds another 13 percent) with fares would be brave for any legislator.

Sensible legislation could look like requiring future aircraft to be certified to new standards of seat width, although that would obviously incentivise airlines to keep older, more efficient aircraft active longer. (Richard Anderson, eat your heart out.) It could look like requiring any aircraft with economy seats narrower than 18” to also provide the opportunity to purchase half of an adjacent seat at half the economy fare (without adding per-passenger charges or taxes), or a certain amount of premium economy seating at a certain price modifier — something along the lines of the five-abreast Class J seats JAL offers within Japan on its Boeing 737 airlines. 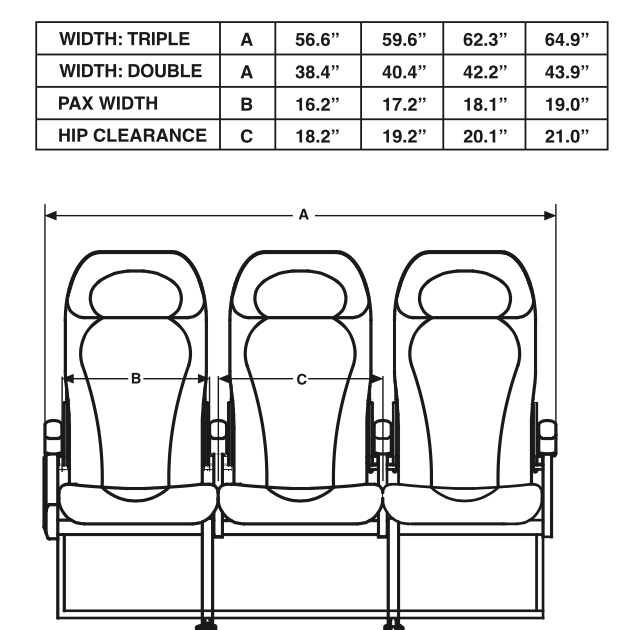 which is the actual width of the seat?

In the meantime, if legislators want to look at making a difference to the passenger experience, they should first look to their own house at the ICE immigration goons who present the worst possible welcome to the United States with their enormous lines and terrible attitude towards overseas visitors and businesspeople, particularly those who are not white. Next, perhaps they might consider the TSA, which continues to deploy security theatre methods like body scanners that make us less, not more, safe, and seems entirely uninterested in stopping its discriminatory and harmful treatment of transgender passengers, disabled people, or travellers with darker skin.

The most frustrating part, though, is the very name of Rep Cohen’s SEAT Act — Seat Egress in Air Travel — which reflects one of the few safety issues where regulators could and should make a difference: ceasing to permit certification of ever-increasingly densely packed aircraft based on computer simulations based on decades-old evacuations using gym members rather than realistic evacuation conditions for modern aircraft, modern seats and a modern passenger mix.

Basing his seat width and pitch facts on a single infamously poor source means that Rep Cohen has tarred his own (and possibly others’ future) attempts to take action on the important issue of emergency egress with the same brush.

Qantas’ one in seven Business Suite seat problem is apparent