Navigating through an airport can be challenging any day, for anyone (especially this summer). But for passengers who have disabilities — visible or not — a journey through the terminals and onto a plane is often far more difficult.

The good news is that airports everywhere are progressing in making their facilities more inclusive and more accessible, with everything from special assistance desks and assistive wayfinding services to the new mock airplane cabin installed in Terminal 1 at Minneapolis-Saint Paul International Airport, which invites passengers with autism and other travel challenges to practice before they fly.

Some airports are making more of an effort than others. But on its website, London’s Gatwick Airport (LGW) goes all in, stating: “We aim to be the UK’s most accessible airport, giving everybody an equal opportunity to fly.”

That’s a high bar and a big promise for any airport. But during a recent site visit we discovered that Gatwick delivers on this one.

Today, there are hundreds of airports around the world that offer and embrace the Sunflower, or Hidden Disability lanyard program.

The system identifies a lanyard wearer as someone who might need or appreciate some extra assistance or consideration as they make their way through an airport or other public space.

The lanyards have a sunflower on a green background and Gatwick Airport was the first airport in the world to adopt the program, back in 2016.

Since then, thousands of passengers in need of a little extra help in the terminals have used the program, RGN learned on its tour of Gatwick’s accessible facilities.

In the United States, Seattle-Tacoma International Airport (SEA) was the first to adopt the Sunflower lanyard program, in 2019. 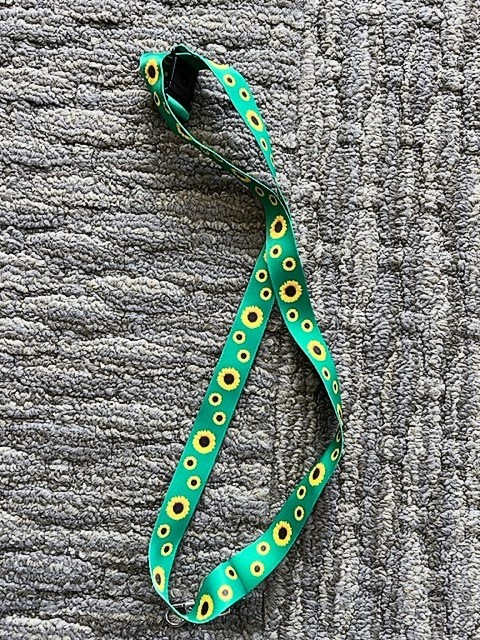 Airports around the world are adopting the sunflower lanyard program. Image: Harriet Baskas

These calm, lounge-like areas offer a quiet and comfortable waiting area for people who may need some assistance checking in or getting to their gates. And users are given pagers that light up, emit a sound, or vibrate when it’s time for them to meet the customer service attendant who will take them to their gate. 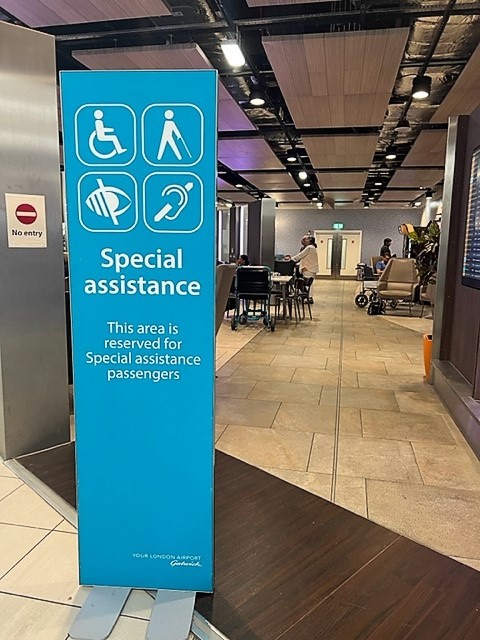 Sensory rooms, such as Presley’s Place at Pittsburgh International Airport (PIT), which debuted in 2019, are another amenity popping up at many US airports. Gatwick opened its sensory room in January 2018 and was the first airport in the UK to offer this amenity to travelers.

Sensory rooms are designed for passengers with autism, dementia, or cognitive impairments who might benefit from a calm, quiet, safe, and distracting space to spend time before traveling.

Gatwick’s sensory room, in the North Terminal, has cushions, bean bags, and colorful digital display panels. The room must be pre-booked, is used by one family at a time, and is cleaned between uses.

RGN stopped into Gatwick’s Sensory Room on our tour of the accessible facilities and met a father who had booked the room so that his young son could calmly prepare for a day of flying.

“This is our first time using the sensory room and it is making all the difference,” he told RGN. “We actually live closer to Heathrow Airport, but in the future, we’re always going to make the extra effort to travel through Gatwick because of its accessible features.”

Conetic brings together Touch, ABOVE and Oxygen for holistic PaxEx