The last trip this writer took before the COVID-19 pandemic pummeled the aviation industry was to report on the new Aeroflot A350 for Runway Girl Network. It was a significant event, not only because the world’s borders closed shortly after, but also because it was the first airline reveal of Collins Aerospace’s staggered Horizon Premier business class suite, which made quite an impression.

The airline business has changed dramatically since that day. In an interview with RGN, Collins Aerospace vice president of sales and marketing for aircraft seating Alastair Hamilton discussed what new market conditions could mean for the future of aircraft cabins, and why Horizon Premier might be ideally suited for the business skies of tomorrow.

Hamilton was candid about the difficulties airlines face. Uncertain demand caused by prolonged travel restrictions make industry recovery difficult for anyone to predict. “Airlines still have got to make some money and they still need to fill the airplanes. They need to prepare their overall business model [post COVID-19] and how those business models will evolve is very difficult to tell,” he said.

Collins has actively engaged with airline customers to get a sense of how their needs are changing, he noted.

My view is that there will be a hiatus in significant investment in new product for at least a year and probably longer. Having said that, the lead times for a new development are two to three years. I think they will begin to look to invest in the near future.

For now, the main priorities for airlines are around features that build passenger confidence in flying, encouraging them to return to the skies. Hamilton has seen some of the proposed alternative cabin layouts and seating solutions that emerged during the pandemic, but he reckons airlines will hesitate or even be unable to invest in alternative seating.

“We have been talking to the airlines regularly, trying to understand and to be helpful,” he said. “We’ll do what we can to help them get through this. We’ll move swiftly, but the picture is far from clear.”

In the long term, the Horizon Premier suite could address some of the post-COVID-19 needs of returning business class passengers. A suite with a door offers greater physical separation and privacy than open-shell first and business class seating. 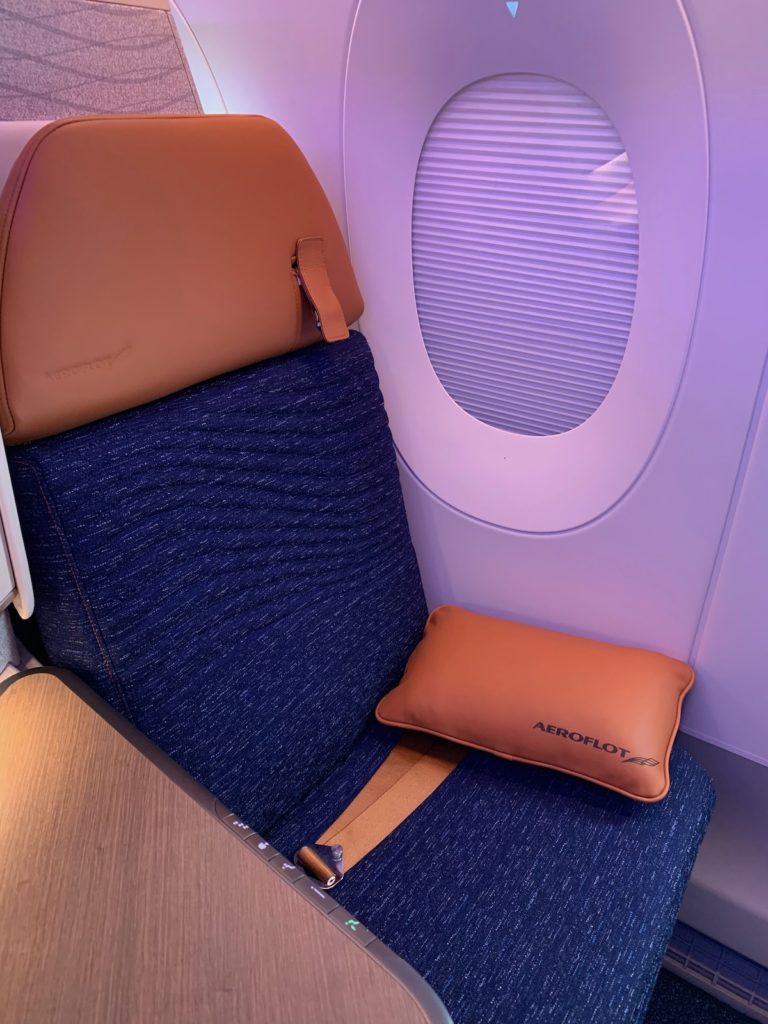 The doored suite concept is, however, still relatively new and the certification process is more complex than previous generations of business class seats, particularly because of the enclosure.

“The actual certification of the seat was a little bit challenging from a structural point of view, and a testing point of view. We tried to minimize the weight to meet all the criteria,” said Hamilton, adding: “There’s lots of stuff with the very high-end finishes, with the Kevlar, and the plastics used on the seat are very advanced. That leads to a lot of certification challenges.”

He continued, “One of the hardest parts of certifying suites currently remains the rules — the regulations around the certification of doors are still evolving. Obviously, what is paramount is that you need [to prove] three different ways of egress: can you go over, can you get through, and can you go around. We need to show [regulators proof on] paper, and we need to demonstrate it using naive test subjects.”

Collins accomplishes this testing in-house, using a combination of employees who don’t work on the Horizon Premier program and volunteers from the local community. They have to substantiate that egress from the suite is possible in emergency conditions, which they accomplish by running the tests in a dark corridor.

As suites with doors become a more common feature of aircraft cabins, the Collins executive expects regulations will mature to more objective standards for pass/fail. 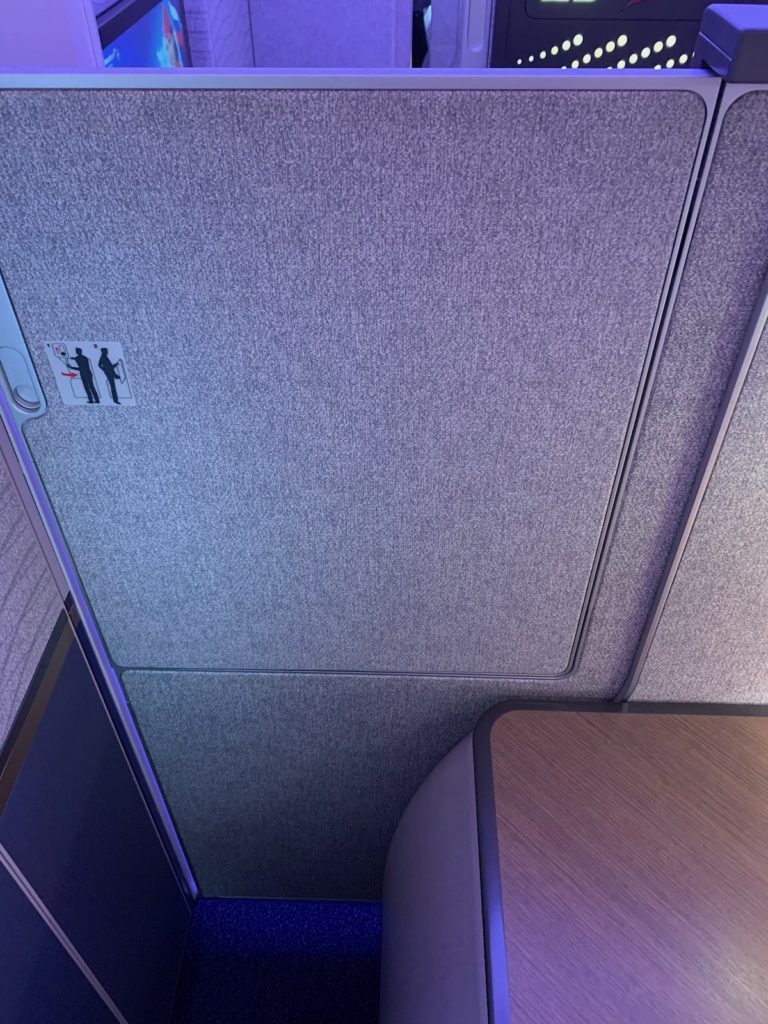 Horizon Premier was developed based on the features that airlines identified as being the most desirable for passengers.

“The idea,” explained Hamilton, was to bring some of the benefits of first class into business class: “the suite door, for example, also the closet storage and adding a little bit more space. First class is a shrinking cabin at the moment. I think some carriers are trying to raise the bar on business class to bridge that gap. With Horizon Premier, the intent was to come up with a hybrid somewhere between the two classes.”

Collins started working on development of the seat four years ago and took two generations of prototypes to the Aircraft Interiors Expo in Hamburg to garner feedback from various airlines. It incorporated that feedback into the product, and then took it to market.

While Collins designed the suite so that it could be reliably certified through various iterations, it also wanted to ensure that airlines could still customize it to suit their brand.

“It’s a basic structural design, and we focused on getting the dynamic certification, the seat certification, basic structure in place, but within that we want the airlines to be able to bring their brand their personality to the suites … things like stowage, the wardrobe. Those areas where the airlines have some ability customize, within the bounds of certification,” said Hamilton. “Of course, there’s the trim and finish, and the IFE, and all those types of things available to change the customization.”

The COVID-19 pandemic has limited the number of passengers who will have the opportunity to fly the Aeroflot suite, but Hamilton said the feedback received from the airline has been positive.

He also told RGN that a second airline has selected Horizon Premier for its aircraft. The program is currently in development, and delivery is planned for the end of next year. 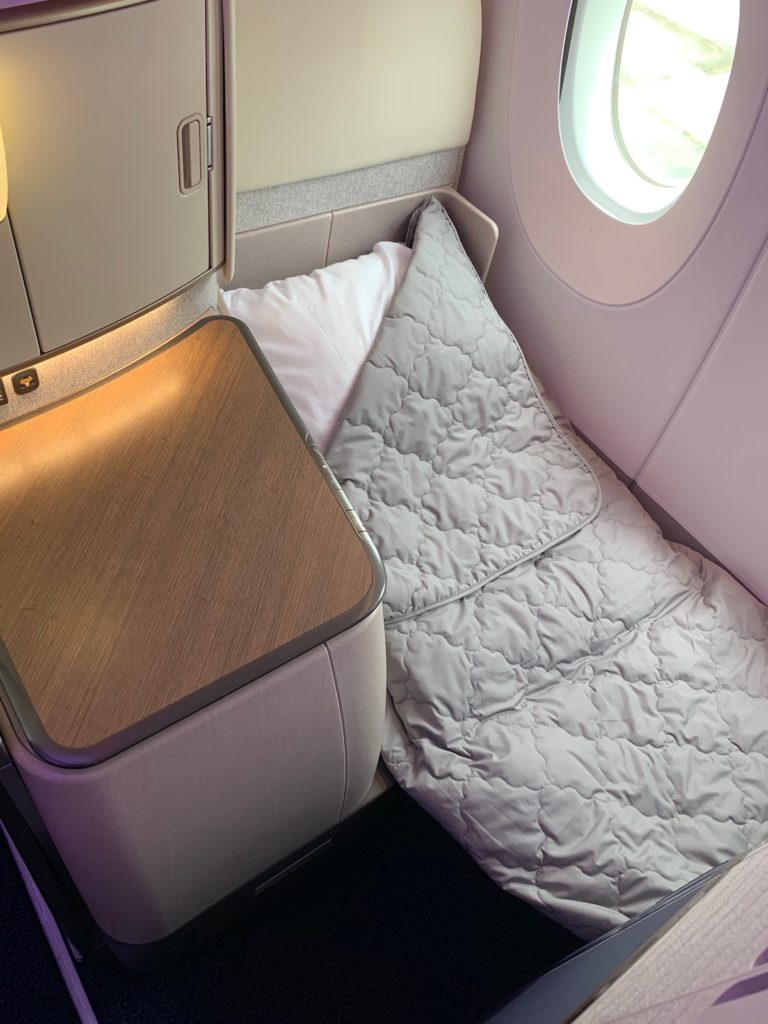 All images credited to the author, Marisa Garcia.