On a recent trip through Munich, I was excited to try out Lufthansa’s new “Delights To Go” self-service mini-lounge: this is the kind of innovative passenger experience I find fascinating. To me, the real benefit seems to be for frequent flyers travelling in economy and for those passengers connecting to and from long-haul flights, which are just the kind of big-spending passengers airlines love to court.

For frequent flyers, it’s the chance to grab a cuppa and a quick bite to eat when none would otherwise be provided, or where it might be a half-sandwich dispersed from a trolley on board.

For connecting passengers, it means the opportunity to plan to sleep absolutely as late as possible, ignoring breakfast and even a coffee on their arriving flight in favour of hitting the proverbial snooze button, then heading for Delights To Go en route to their swift connection.

And so I arrived at the rather secluded and slightly hidden gate G19 space. Externally, Lufthansa isn’t shouting from the rooftops “try our new thing!”, although in fairness that’s not really Lufthansa’s style. 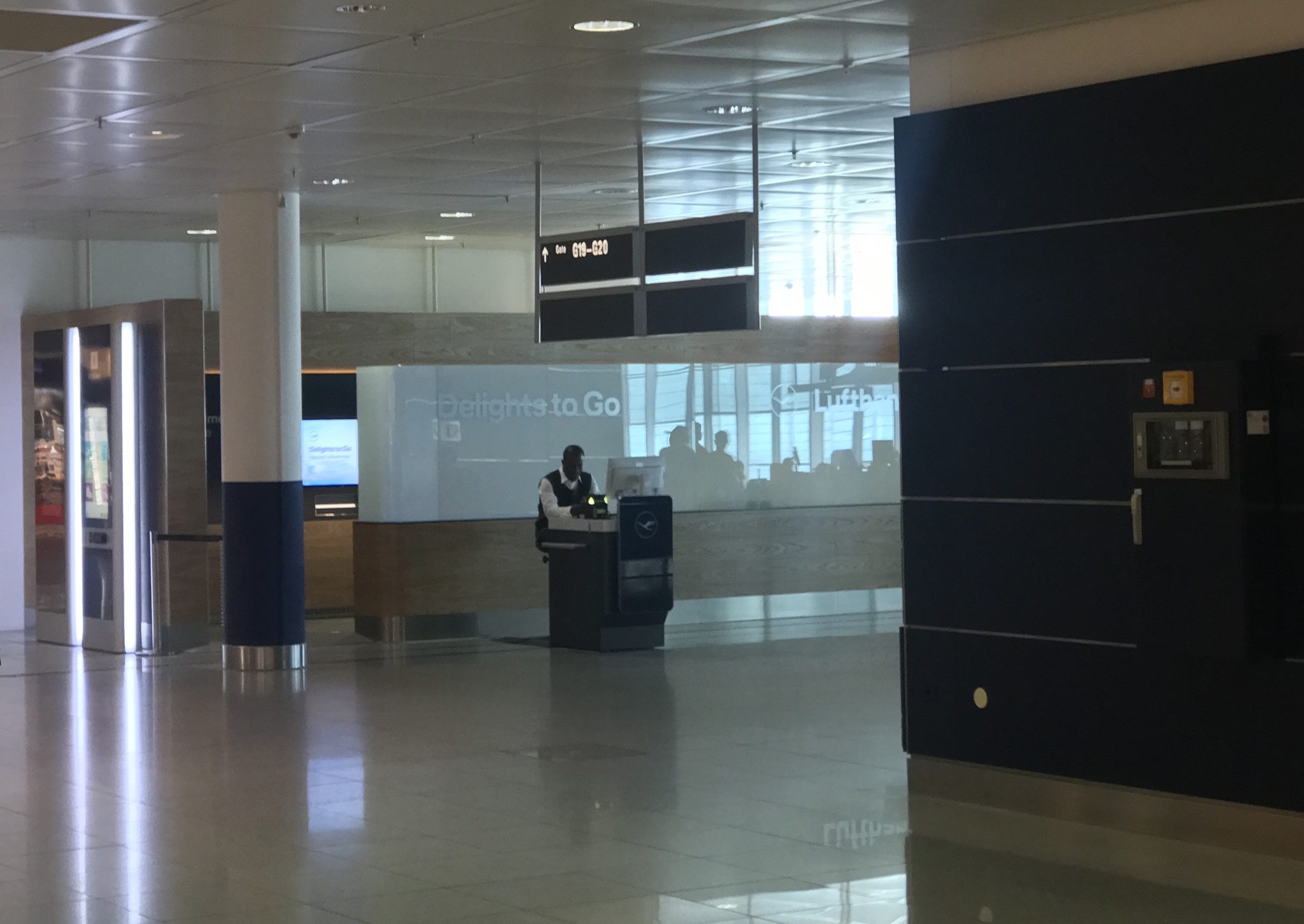 The space, as is obvious from the rather stark photo, is a bit dim and fairly easily missable. Image: John Walton

Once inside, the space is essentially one long box with two automated food box vending machines plus coffee and juice machines. 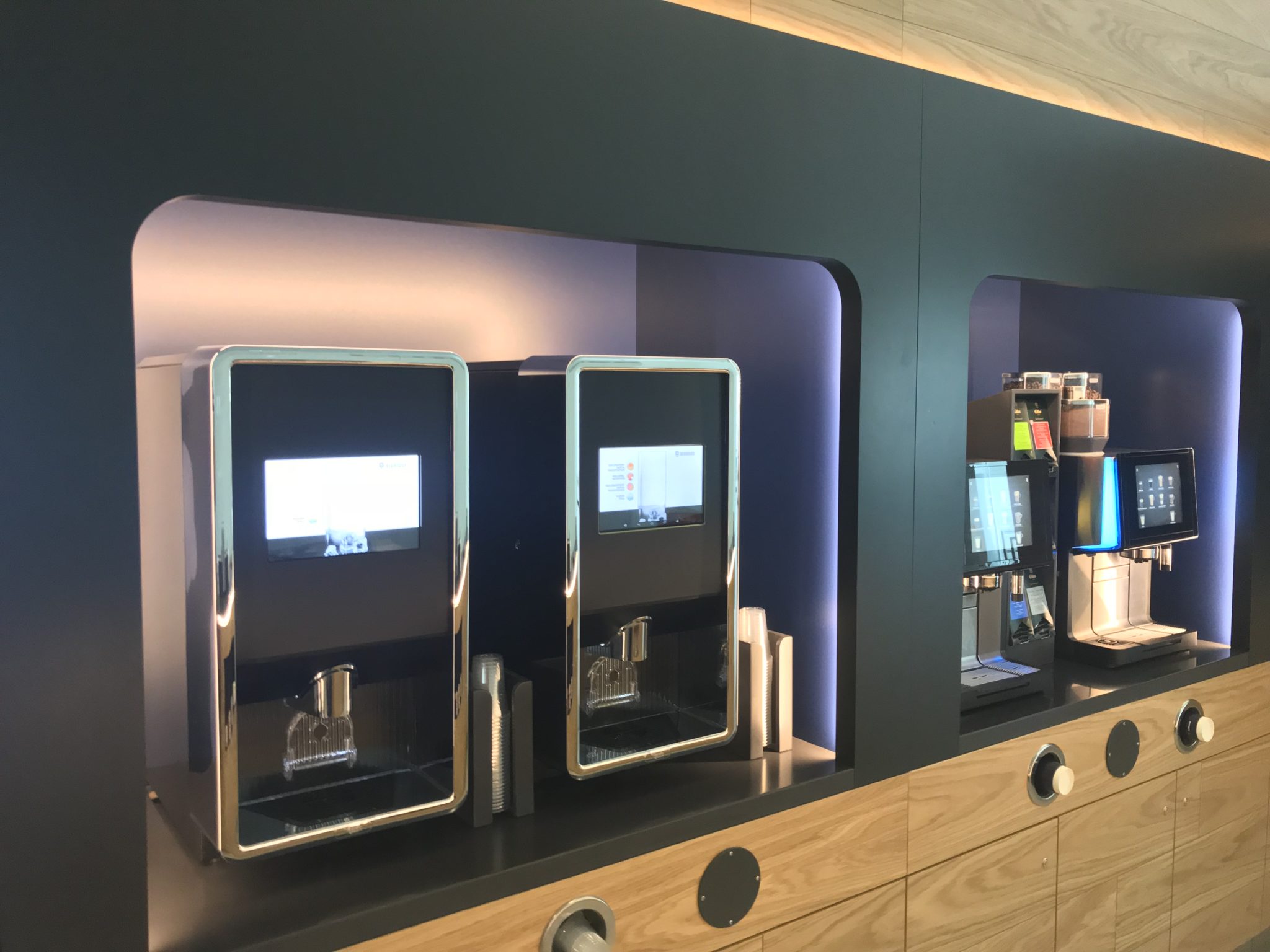 The vending machines work by scanning your boarding card and dispensing your choice of three boxes, each of which comes with an apple and a small bottle of water.

The boxes — Classic, Balance, and Local, meaning “tuna wrap”, “hummus and vegetable”, or “Munich sausage salad” when I visited — didn’t look particularly impressive. Playing to local strengths, I chose the salad, which was fine if uninspiring, and a little strong on the pickles and onions for a meal that would be eaten on an aircraft in close proximity to others. 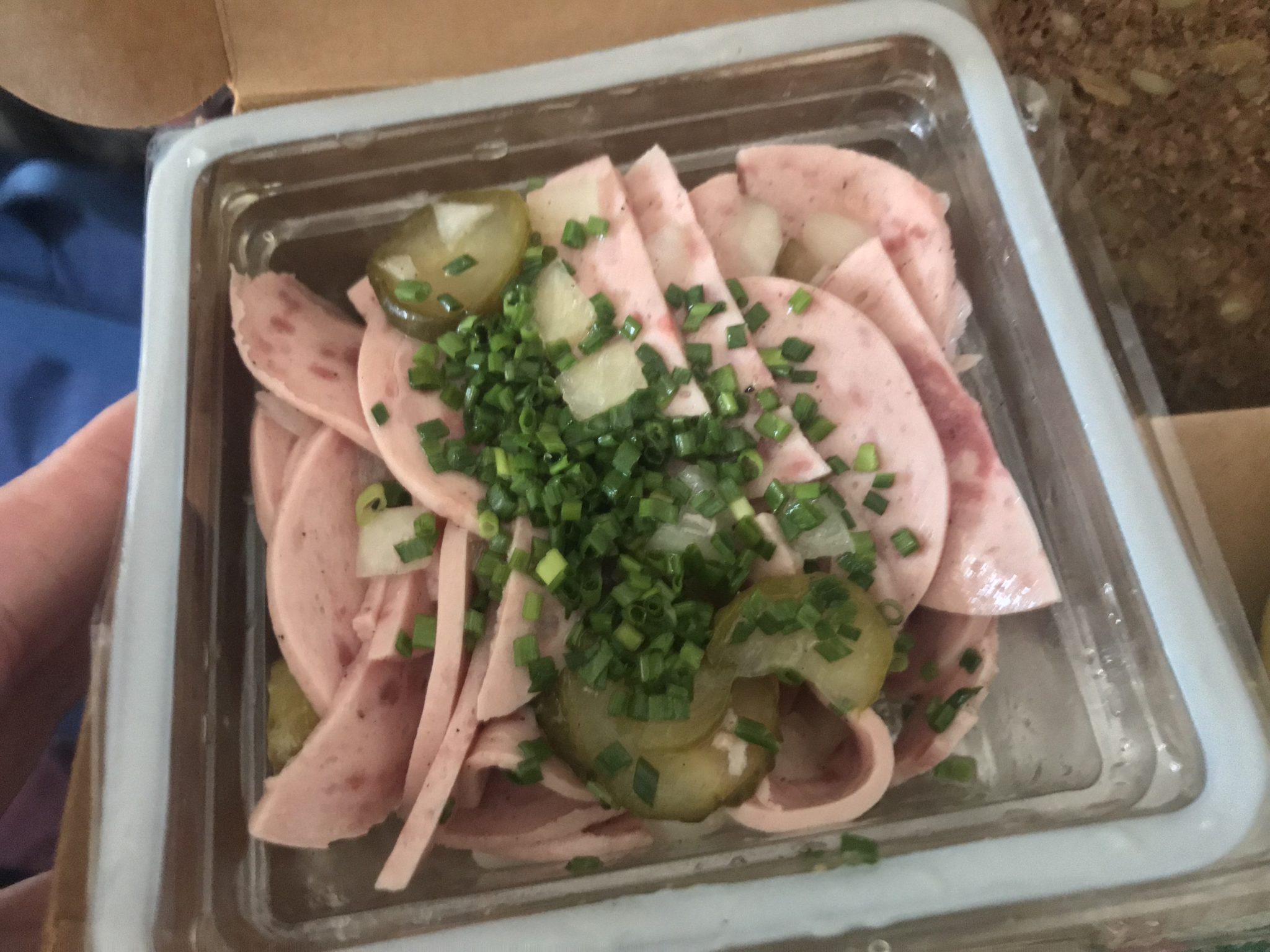 I’m not sure I’d have chosen to offer something quite so onion-y. Image: John Walton

The offerings also felt a little unexciting. Could Lufthansa not have thrown in a little packet of signature gummy bears or a chocolate? Similarly, it was a bit surprising not to see a soft drink machine. A little can of Coke or even something signature German like Mezzo Mix would have been very welcome as an option. 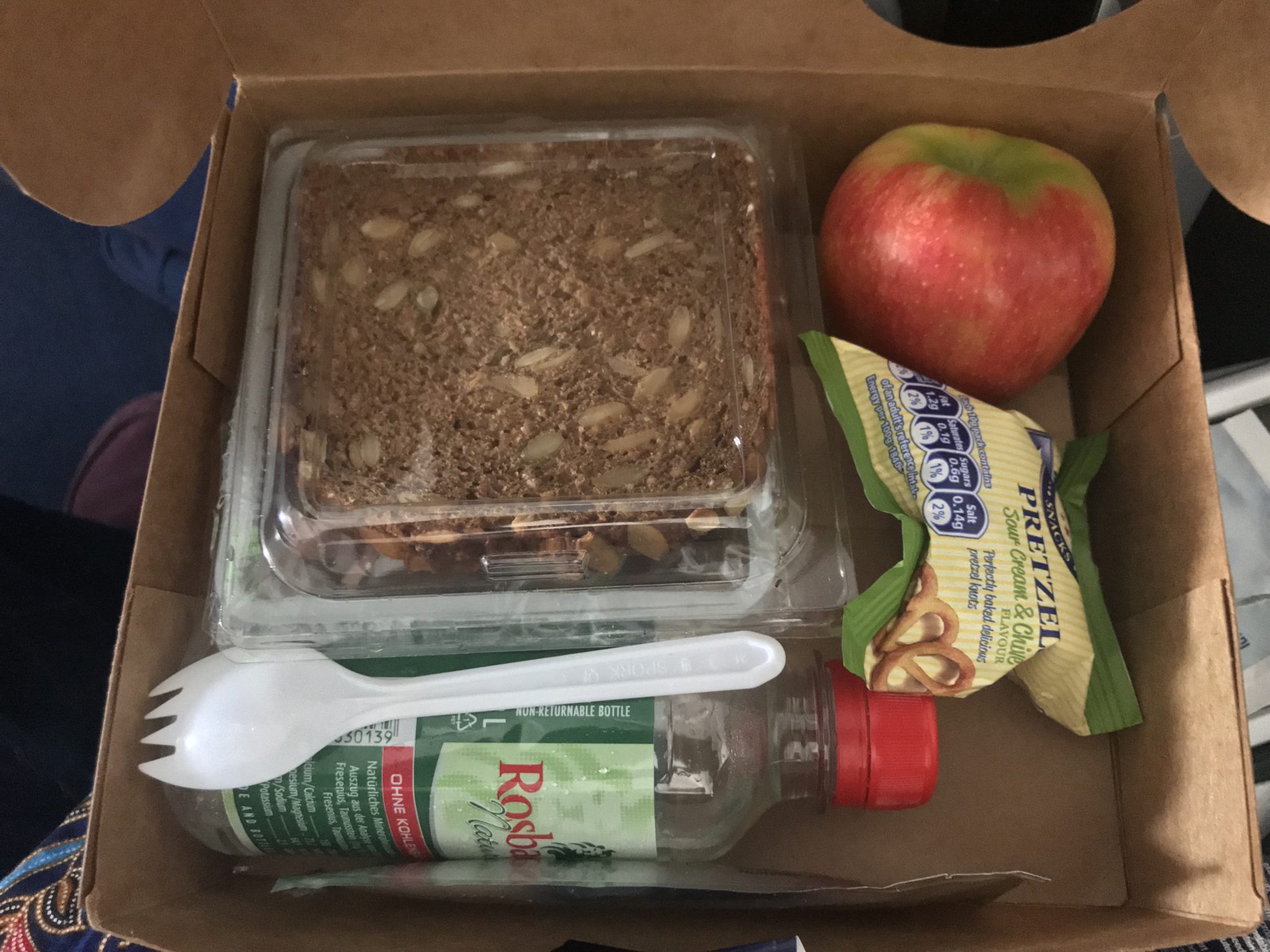 It’s interesting to consider how this box could be spruced up a little. Image: John Walton

It also struck me that the space could be more attractive, better lit and better used. Beyond the very dim fit and finish, there’s not even a high-top table or a couple of chairs — let alone a little charging stand or other passenger experience amenity — where a visitor could pop themselves for a few minutes for a breather.

These are all relatively easily surmountable issues. The real problem was one I’ve identified with Lufthansa before and that I was concerned I’d spotted in the press materials: the airline’s decision to make the first customer point of contact an outsourced third party contractor. Lufthansa has done this with some of its lounges too, where there’s a gatekeeper who has no affiliation whatsoever with the actual airline before you even get near a Lufthansa staffer.

That happened to me: despite Lufthansa’s public relations department communicating my arrival to the lounge’s management, the staffer on the desk had no record of it, refused to read the email from Lufthansa PR confirming arrangements, declined to telephone management and suggested I trek halfway across the terminal to the nearest service desk.

But this wasn’t just an aviation journalist problem. While I was trying to get in contact with public relations, I watched something similar happen to another passenger, whose boarding pass also failed to make the magic light go green, and who was trying in what was not their first language to show a partner frequent flyer card.

Airlines need staff who represent the airline and are focussed on passengers, not processes. The “computer says no” approach is just not acceptable, especially when talking about first class, business class and high-tier frequent flyers whose loyalty airlines spend huge amounts to attract and retain. 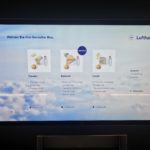 The vending machines work in either English or German. Image: John Walton 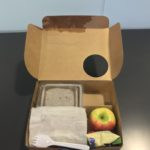 The Delights To Go box felt a little bit “school packed lunch”, and the one I ended up was wet from a leak somewhere in the machine. Image: John Walton 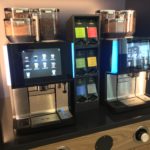 In fairness to Lufthansa, the coffee machine made a decent enough cappuccino for what it was. Image: John Walton