Lufthansa has a long and delightful history of creating menus that showcase the cuisine of the destination or country of origin. So when the Taste of America menu was announced, I knew I had to try it.

Did my fellow passengers wonder what sort of glutton I was, being brought entrée after entrée, or decide I fulfilled every twenty-something stereotype ever by poorly photographing the whole thing with an iPhone? Probably, but it was, dear reader, for your edification.

In business on the route from JFK to Frankfurt, every entrée is supplemented by a salad. It’s fairly standard: crisp, tangy, cold. It’s pleasant, but one needn’t wax poetic about it.

The first entrée on the menu, and therefore the first entrée I tasted, was the beef filet with béarnaise sauce accompanied by root vegetables and whipped potatoes (pictured above). Meat and potatoes: God’s actual gift to people. As is the case so often in the air, the beef is well done to the point of being somewhat tough, but the béarnaise sauce rescues it. The root vegetables, although unexpectedly crunchy, are clean and cut through the heaviness of the meat. It’s hard to mess up whipped potatoes, and LSG didn’t. Overall, it’s earnest and humble, and there’s something very American about it. 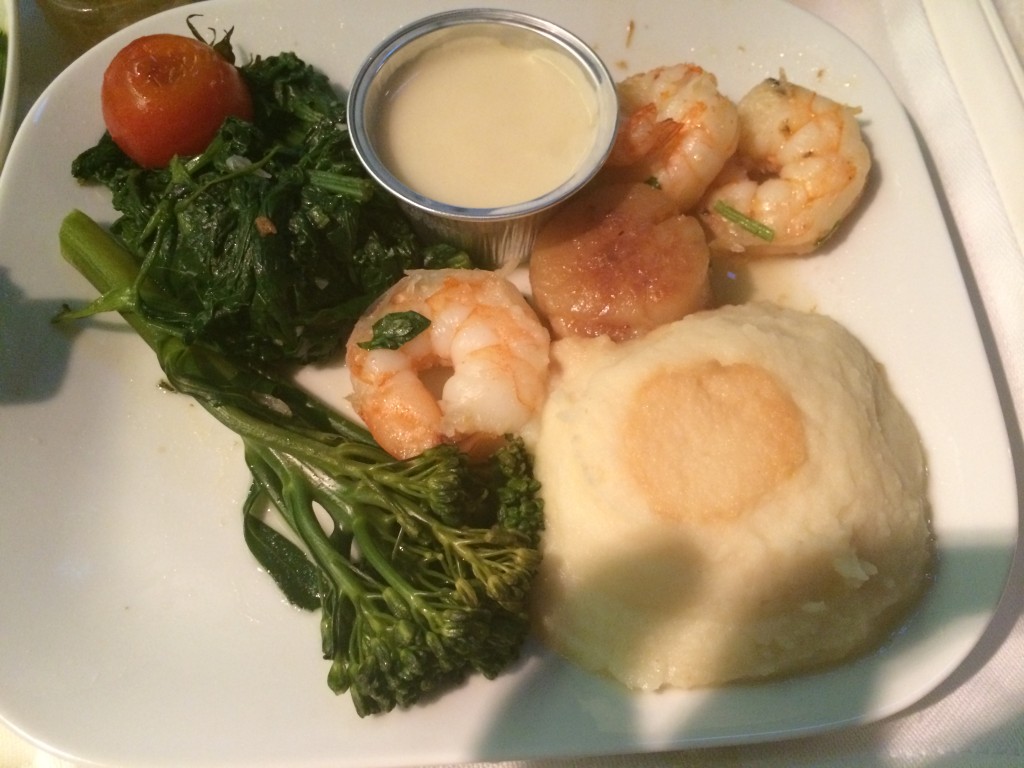 While my seatmate gave me a judgmental sideways glance, it was the artichoke ravioli’s turn. As a whole, the dish is alright, and certainly not as offensive as the scallops of the preceding dish. The ravioli is quite good while the mushrooms are kind of rubbery and lack an earthiness that might have grounded the dish. What is most disappointing is that the dish suggests there is an elevated version of it somewhere, like Plato’s forms. If you have dietary restrictions that prevent you from enjoying beef, then the ravioli will suffice. However, if you are free to make a choice, then choose the beef. 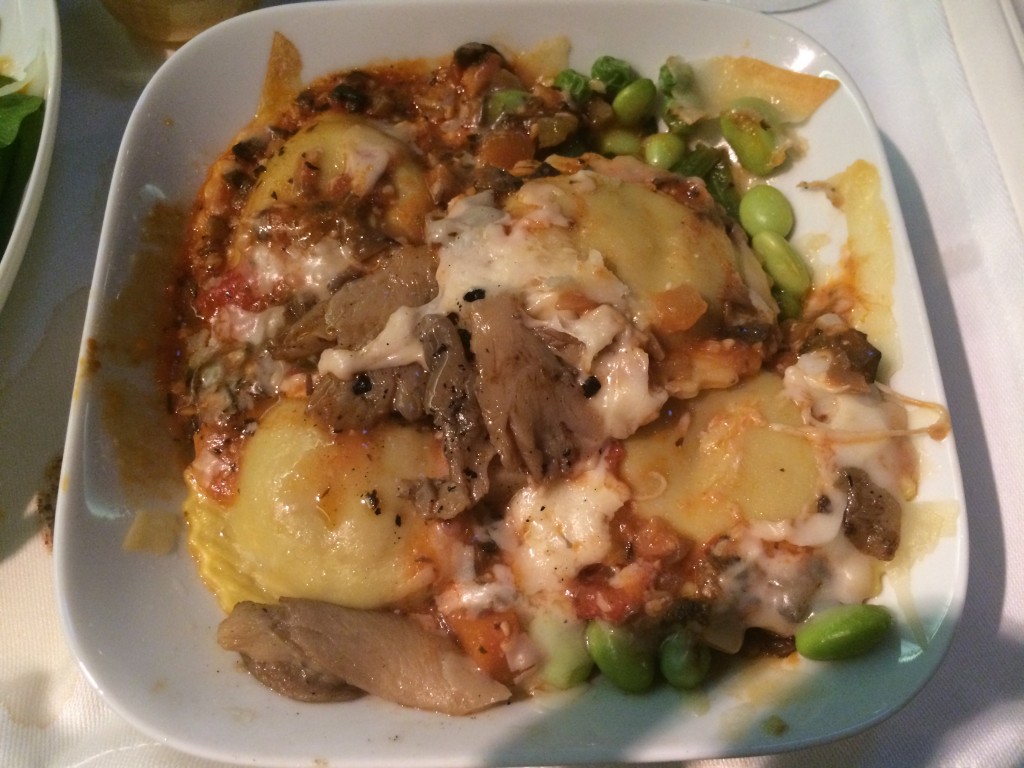 The current dessert menu is simple and appropriate for following the heavy fare of the entrees, featuring Häagen-Dazs dulche de leche ice cream, a cheese plate starring New England aged cheddar, and fresh fruit. Maybe it was the altitude, or the fact that I’d had a nigh bacchanalian dinner, but I’ll testify that the fruit sang. 5/5 for the fruit plate. 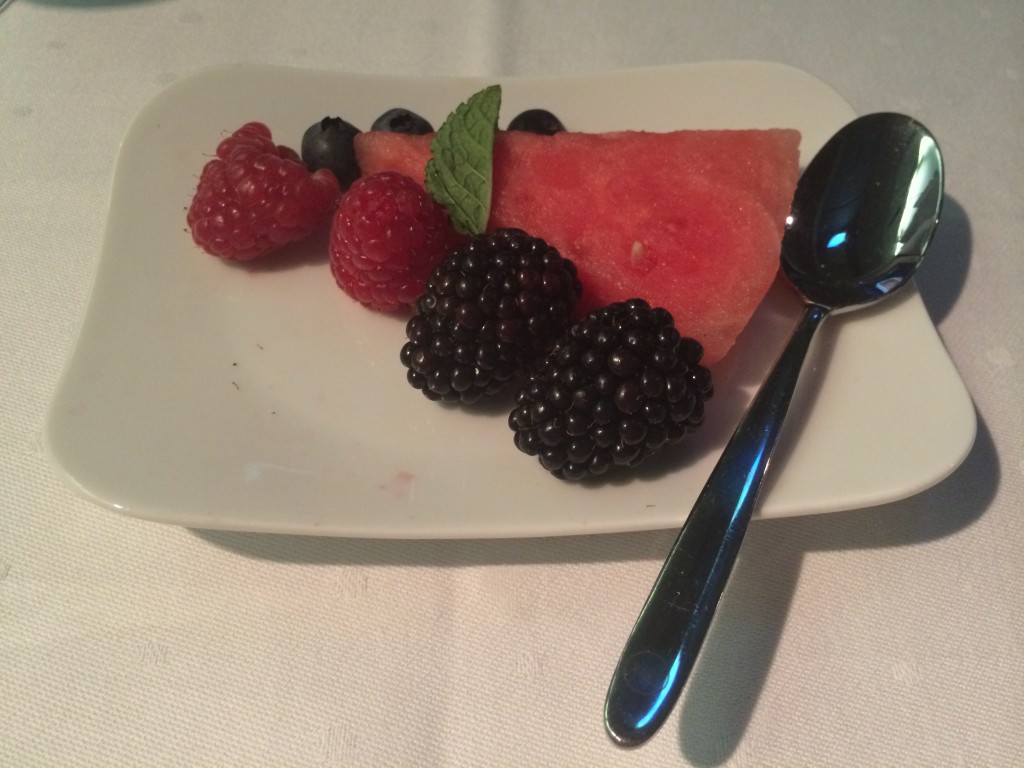