In a quality-focussed yet increasingly segmented business class market where some airlines are looking to create a more premium feel to their business class cabins, Zodiac Aerospace is updating its Cirrus product — the first outward-facing herringbone, which débuted almost a decade ago — with an evolution called Cirrus NG. Ten years of engineering improvements have led to some remarkable space increases: fifteen percent at the ottoman, and an eight percent overall bed space.

Most notably, vice president for marketing and product strategy Laurent Stritter tells Runway Girl Network, Cirrus NG is no longer only an outward-facing herringbone, where all seats point away from the aisle.

“First, you have a new seat center configuration allowing two differents LOPAs [layout of passenger accommodation, often referred to as a seat map] for the customers. You can keep the orientation of a classic Cirrus with Cirrus NG seats or you have the option to use the ingenious reversed angle Cirrus Seat making the best use of the space available for center seats in the aisle,” Stritter explains. 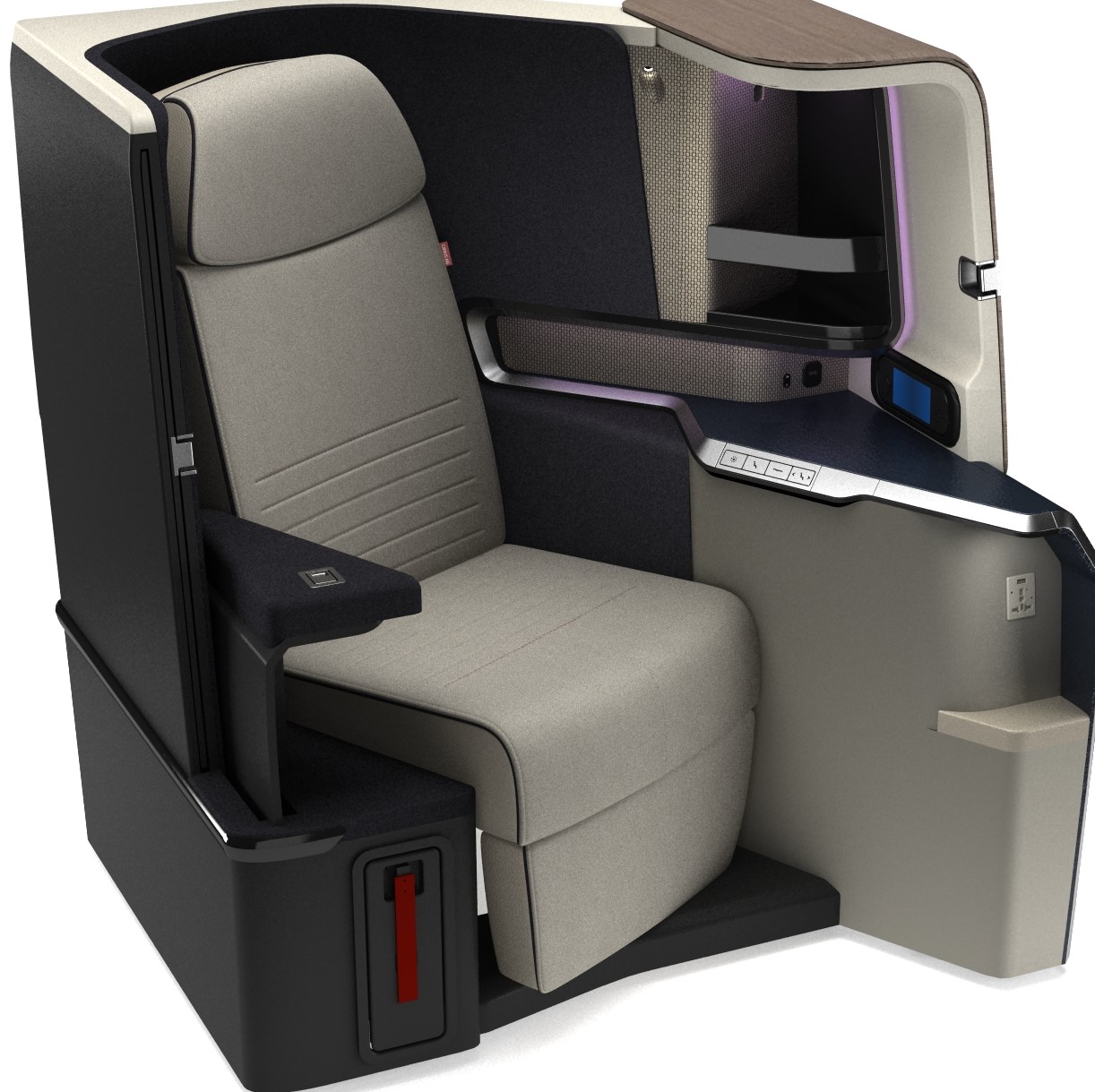 At the basic level, Cirrus NG is obviously an evolution of the popular Cirrus product. : Aerospace

It will be interesting to see how many airline decisionmakers plump for the previous option — with the centre seats pointing together — or the new aisle-facing version. Clearly, Zodiac would not have engineered a new option if it didn’t think there was demand to balance privacy with the benefits of travelling companions being able easily to converse.

As the base Cirrus model has evolved to a lighter weight, less featured seat without a legrest, the Cirrus NG has added that functionality and more into the mix, Stritter says, highlighting that the seat will “improve passenger comfort with two new seating positions, a ‘body-neutral’ relax position and a ‘meridian sofa’ position.”

“We have capitalised on the numerous benefits of Cirrus,” Stritter notes, citing improvements in “the width and the length in the bed,” including “eight percent extra bed surface compared to standard Cirrus” and a retractable bed extension mechanism that permits airlines to increase the surface area in bed mode.

Zodiac has gone full blue sky with the seat’s table, which previously slid out from the side table assembly, with what Stritter calls “a highly versatile one-piece meal table, up to fifteen percent larger than existing Cirrus”. The new table folds down and extends from the seatback shrouding adjacent to the gangway pass-through to the aisle, and also offers space to store items including a water bottle. Key questions, of course, are whether this assembly is overly complex, and whether it will be sufficiently robust and produced to a manufacturing quality sufficient for today’s business class traveller.

The seatmaker has also carved out additional storage spaces above the footwell, which is often wasted space behind the monitor. 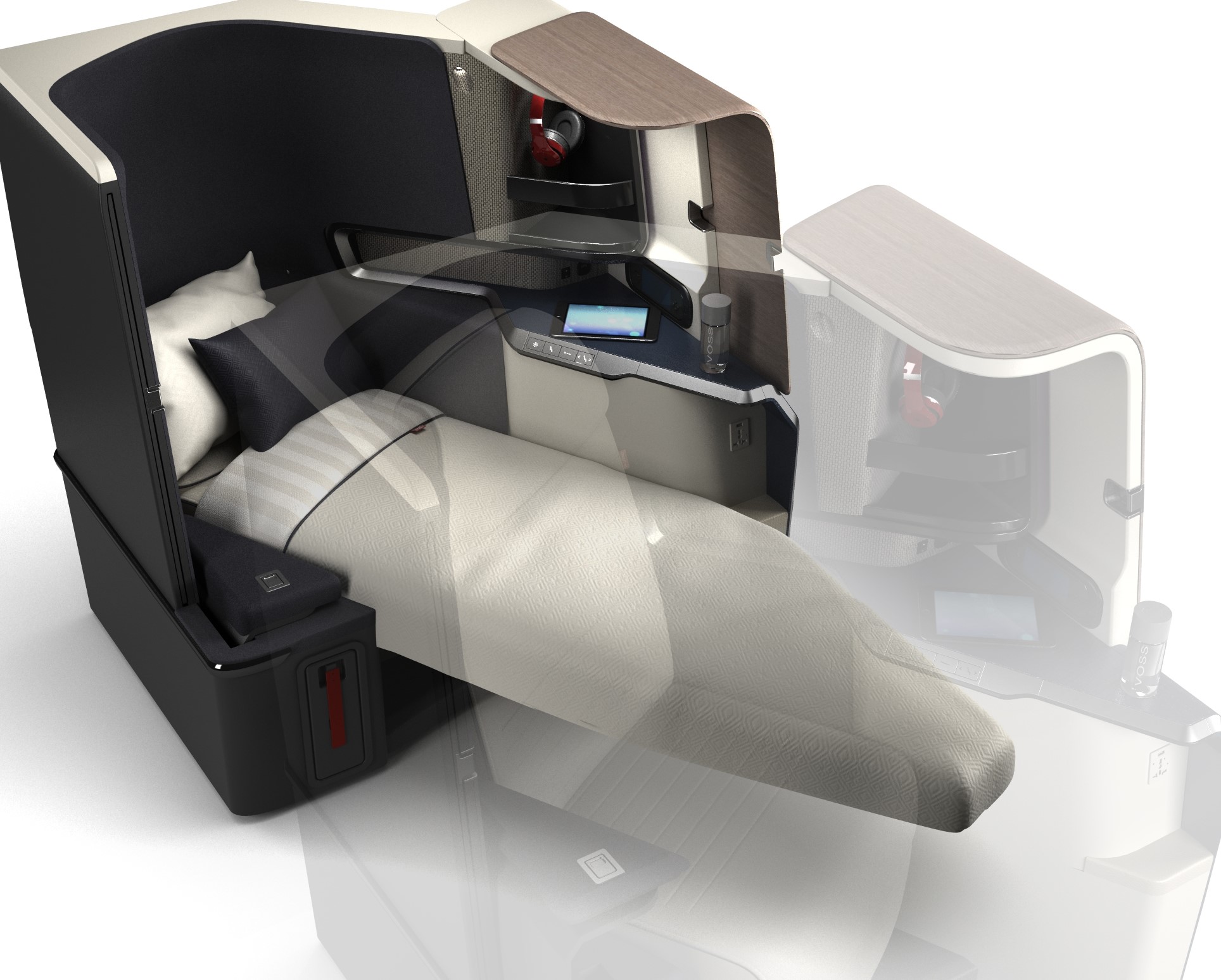 Comparing Cirrus NG with Aries, Stritter says, “These two seats are not associated to the same business class sub-segment. The Aries is a high density seating solution while the Cirrus NG is an high end business class seat. The Aries combines the herringbone layout with the high density benefit of the 3D design — one passenger above the other in two different bed heights, a lower bed and an high bed. For Cirrus NG, the beds are at the same heights.”

The three herringbones match up with the two staggered seats, SKYlounge and Optima, as well as the forward-facing option of the Aura family, to produce what Stritter calls “a wide spectrum of attractive products for each sub-segment of the very wide business class market.”

The trick for Zodiac, of course, will be in persuading airlines that it can produce these impressive new seats on time, to spec and at the right quality. 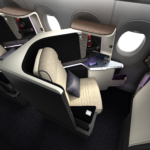 The problem with window-side privacy shrouds is that they cut light and access to the view. Image: zodiac Aerospace 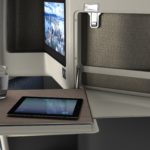 The new tray table is certainly an interesting concept, but the trick will be to get it stable and robust enough. Image: Zodiac Aerospace 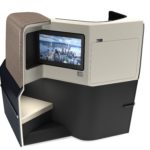 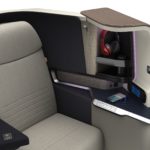 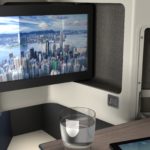