It’s always nice to check off a bucket list item, and with a recent trip out east that’s exactly what I did with the little known New England Airlines.

Never heard of them before? Neither had I until a few years ago, when I discovered the carrier running service from Westerly, Rhode Island to Block Island and back. At only 18 miles and flight times of 7-12 minutes, it’s one of the shorter flights in the United States. I had to do it.

The original plan had been to go last year, tying the trip to a wedding in the area. But COVID saw the wedding postponed, and thus I had to wait until this year to make it happen.

For folks like myself and a family member who I cajoled into coming with, New England Airlines provides a fast link to Block Island, just south of mainland Rhode Island, making day trips easy.

For those who live or work on the island, the flights are a critical connection to the mainland, shuttling everything from EMTs to commuters, supplies to DoorDash orders (yes, really) back and forth.

The experience is unlike any other airline I’ve flown with in a long time. And there’s a reason for that: New England Airlines isn’t an airline in the traditional sense. Sure it has regularly scheduled service, more or less anyways, but the carrier is technically a non-scheduled air charter carrier (FAA Part 135, for those familiar).

That explains many of the eccentricities that you wouldn’t find elsewhere. The first appears early on: reservations are taken by phone or in writing only, and require little more than the number of passengers and a single name.

I booked mine via telephone just three or four days in advance, as I was waiting on the weather to settle. Though the agent warned me that flights can and do fill up weeks ahead at time, I was still able to snag two seats on a mid-morning flight with a return on the last flight of the day.

Waking up several days later, the forecast was looking questionable. Sheets of rain streaked across the window and the clouds hung far too low in the sky for my liking. The airline’s office opened at 7:30am, and a quick call before we hit the road confirmed my suspicions: all flights had been suspended until the weather improved.

A helpful representative called a few hours later to say that flights had begun to get out, and offered to book us on a flight leaving in 90 minutes. We took the offer and then raced down to the tiny airport in Westerly, Rhode Island, making it to the terminal with only ten minutes to spare. Parking at the airport is, thankfully, free. 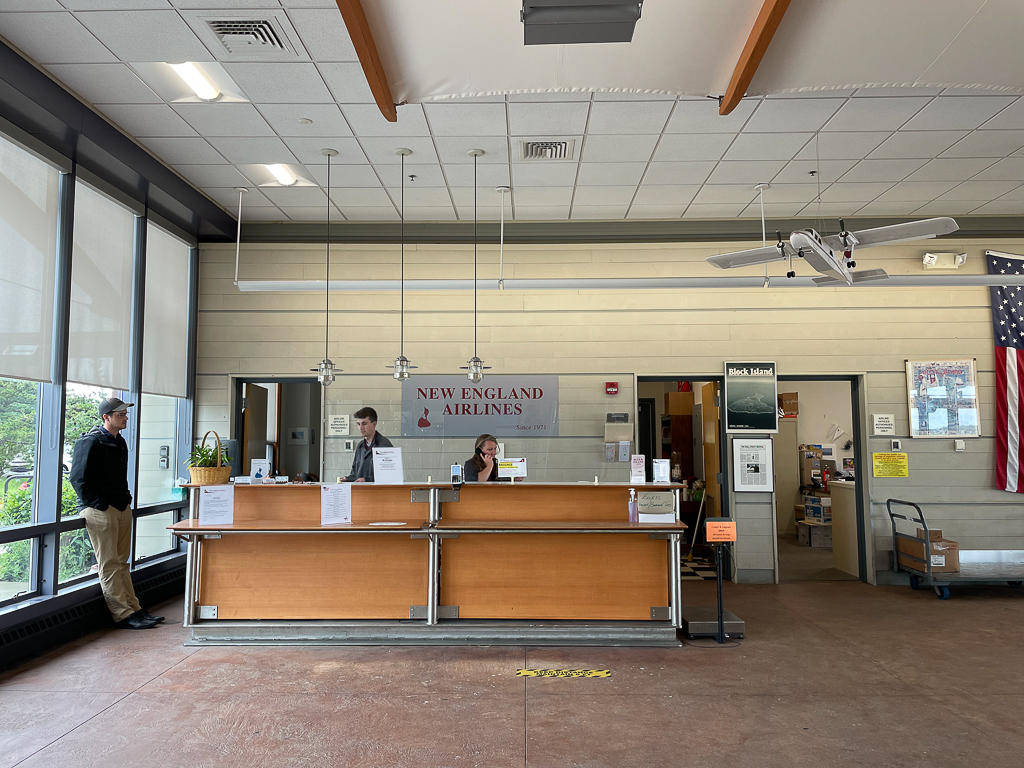 The terminal is a modest affair, with seating, vintage bag scales, and a small check-in desk for the airport’s lone airline. The agent took our names, weights, ran my credit card, and wrote out the tickets by hand on carbonless copy paper. 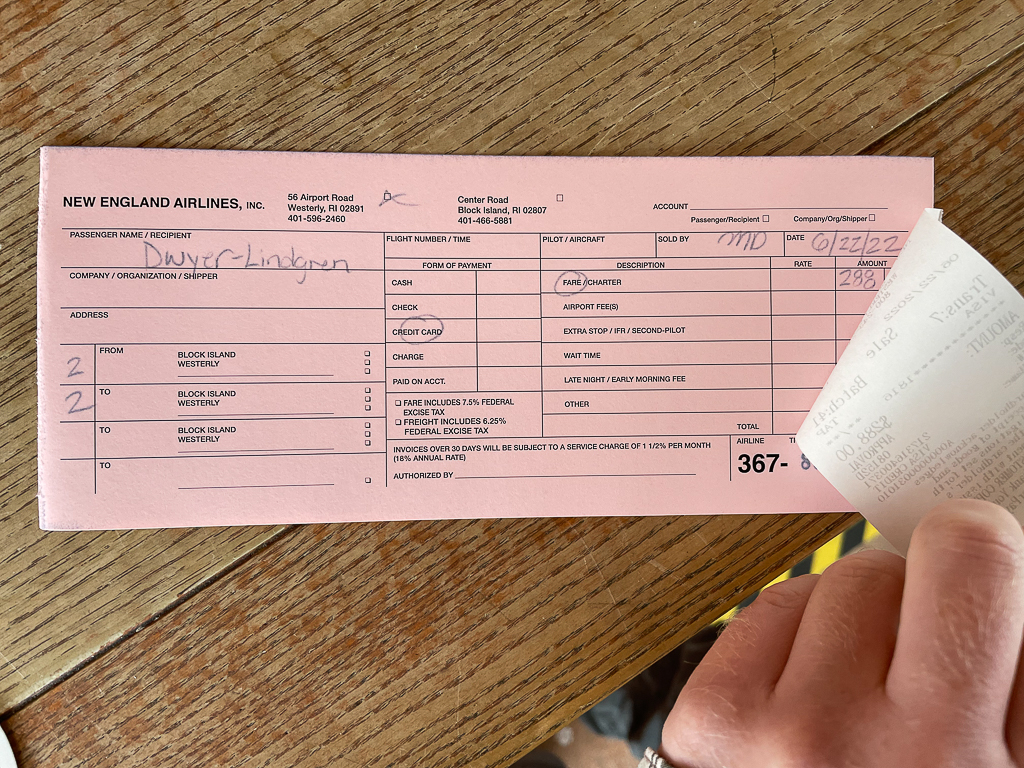 The airplane, a twin-engine Britten-Norman Islander, sat just outside the doors and behind a small fence. These airplanes date back to the mid-1960s, and operate primarily short-haul cargo and passenger flights. Though still plentiful and in production today, they are not common in the US.

The pilot appeared several minutes past our departure time to run a preflight check of the airplane, then boarded us. The airplane rumbled to life and ambled its way to the runway before taking off noisily into the cloudy skies. 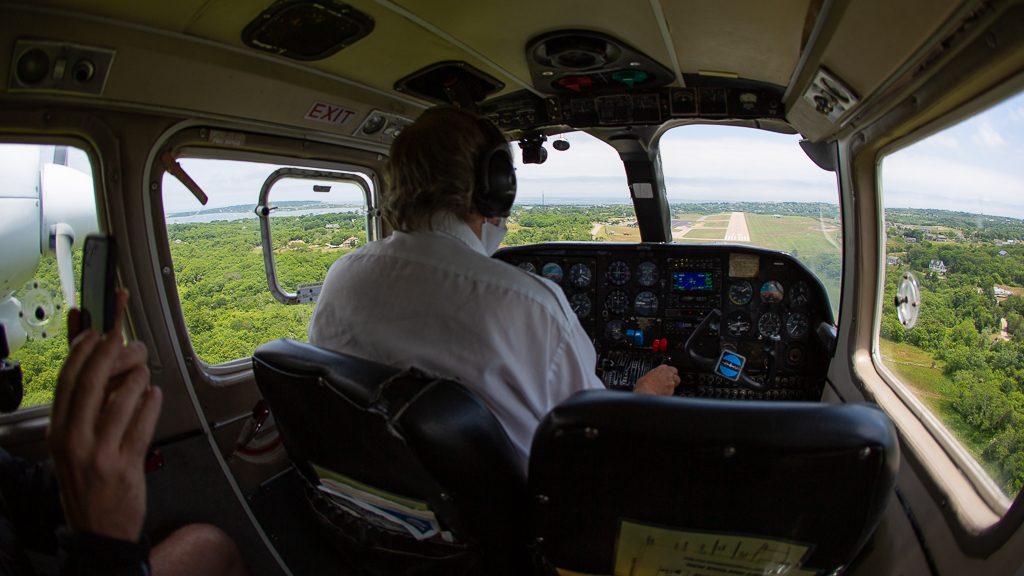 As you probably have guessed, there isn’t much in the way of passenger comforts here. The airplane seats nine plus the pilot across several rows of tight, bench-style seating. No Wi-Fi, no power, no IFE, just a safety card, lifejacket, flashlight, and a view. 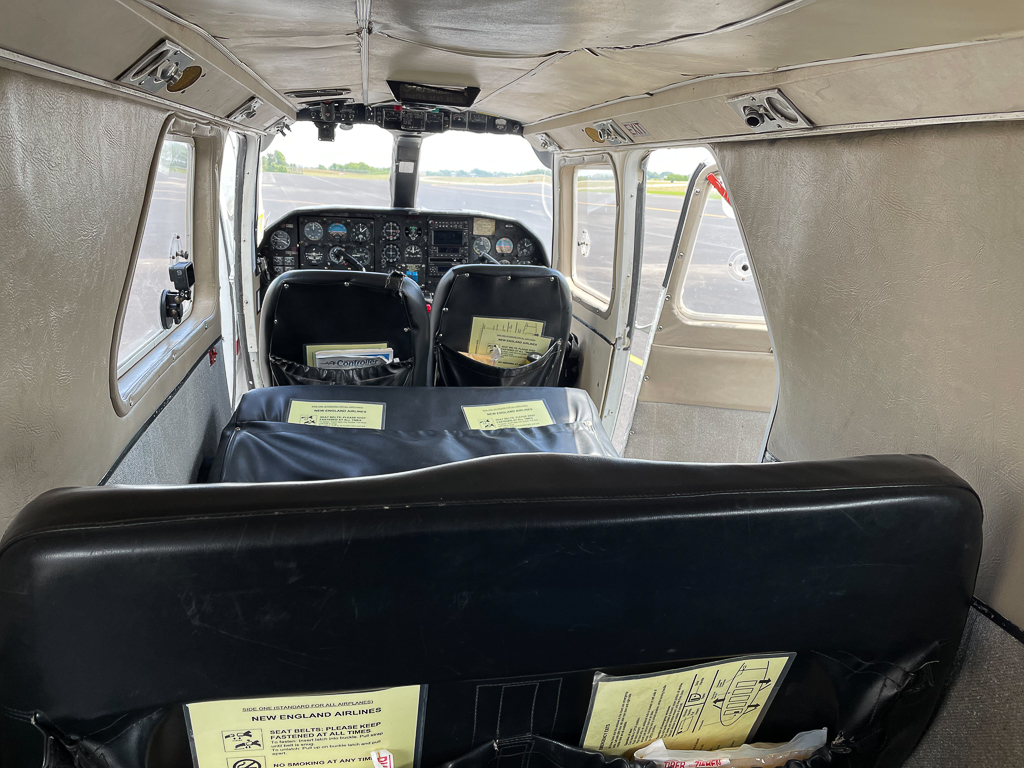 The pilot settled into a cruising altitude of only 1,000ft over the water. Even with a downright pastoral speed of 120mph, we were on final approach to Block Island only seven minutes later. The pilot dropped the airplane like a rock onto the runway, making for a fun, sporty landing a few minutes later. Even having left late, we still landed early.

Deboarding didn’t take long at all, and the pilot unloaded the bags onto the tarmac for retrieval. Within only a few minutes the return flight was loaded up and the airplane was back in the air headed toward the mainland.

The return flight that evening went off without a hitch, and followed the exact same pattern but in reverse.

If you’re looking to fly to Block Island, this is your only choice, unless you own your own plane.

Ferries also serve the island, and are significantly more cost effective ($20-$50 roundtrip for walk-ons versus $120) but predictably quite a bit slower (30-60 minutes vs 10). They also have the advantage of dropping folks right into town, where it’s easy to grab a taxi or rent a scooter for the day. The airport has no such luxury, requiring either the calling of a cab or a pleasant though hilly 1.5-mile walk into town.

Still, the flight is a unique way to access the island, and one that is especially fun for AvGeek-minded individuals. 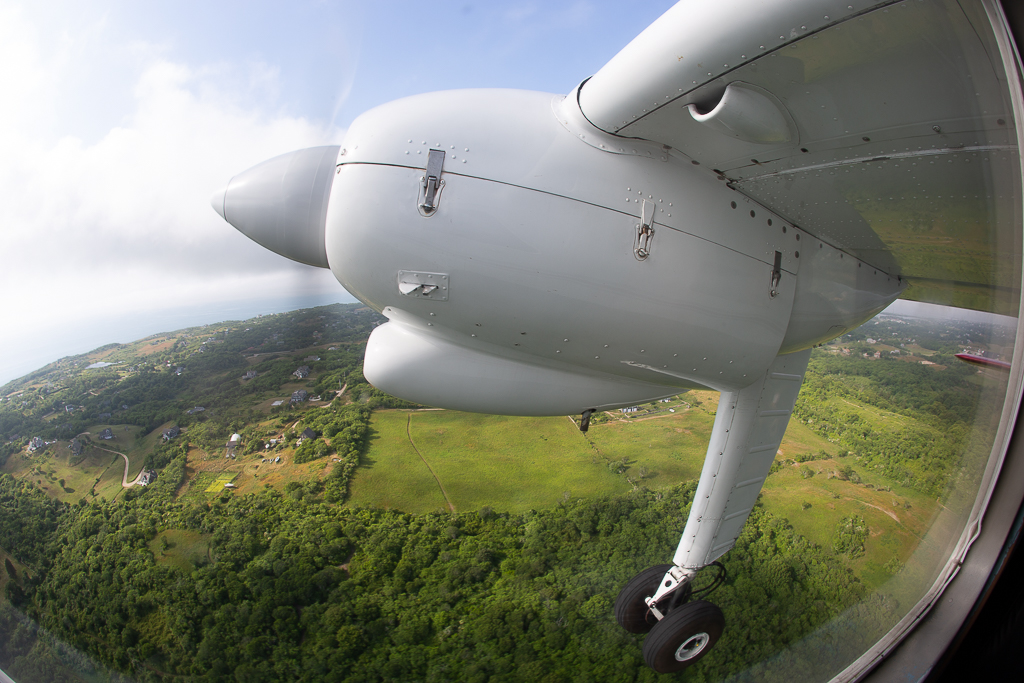 Air New Zealand’s new 787-9: the shape of longhaul to come