Now that the Boeing 737 MAX has settled into service across the globe, does this new aircraft provide a significant improvement to its predecessor for the average economy class passenger? On an American Airlines roundtrip from Miami to Washington National, I experienced both the 737-800 and the MAX 8, and discovered that advances in new technology cannot make up for onboard service deficiencies.

For my outbound Miami-DCA flight on the 737-800, the experience on the ground was efficient. I arrived just as boarding commenced, and waited for my group to be called. There was no social distancing in place, but queuing was orderly. Once we were aboard the aircraft, the crew did not offer any antibacterial wipes, but mask wearing was strictly enforced.

Onboard the -800, the cabin was very modern and clean. The flight attendants noted the new, larger overhead bins, and the seats looked fresh with a leather-type finish. I was sat in the penultimate row (30). Whilst the seat was fairly narrow, there was ample legroom for this 193cm (6’4”) passenger to not feel cramped. 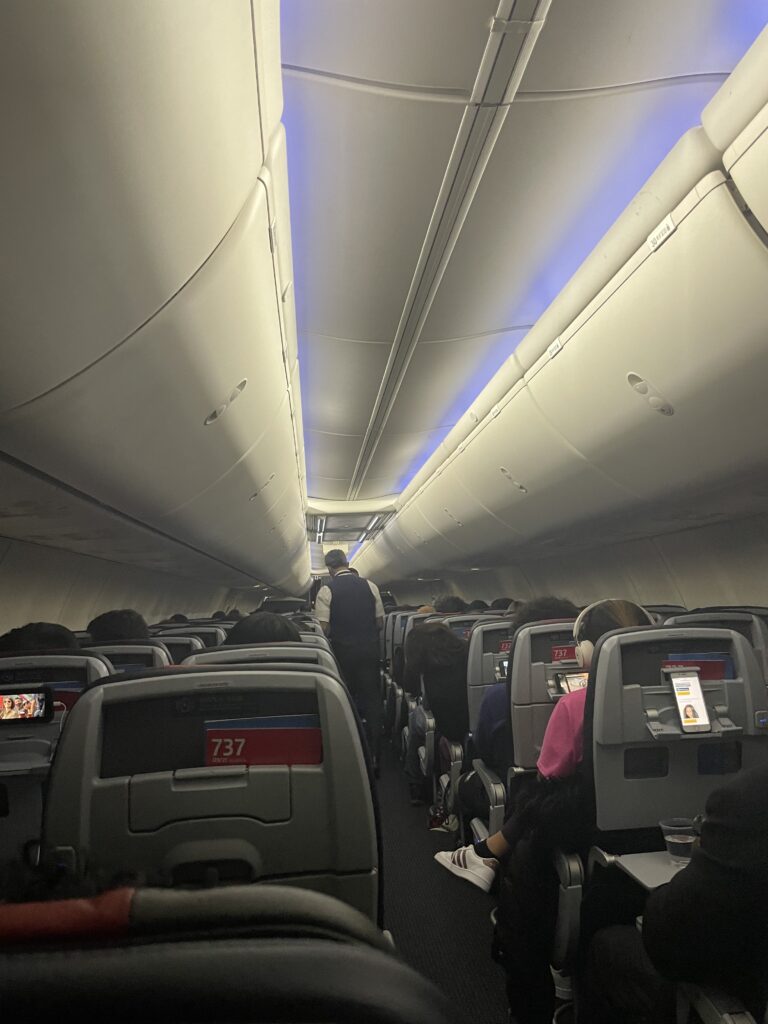 The interior of American’s 737-800’s was fresh and modern. Image: Fintan Horan-Stear

The seat had Astronics’ EmPower in-seat power, including USB and international sockets, and the seatback featured a device holder. With streaming entertainment available through the Viasat-powered Wi-Fi, it was easy to keep myself entertained. 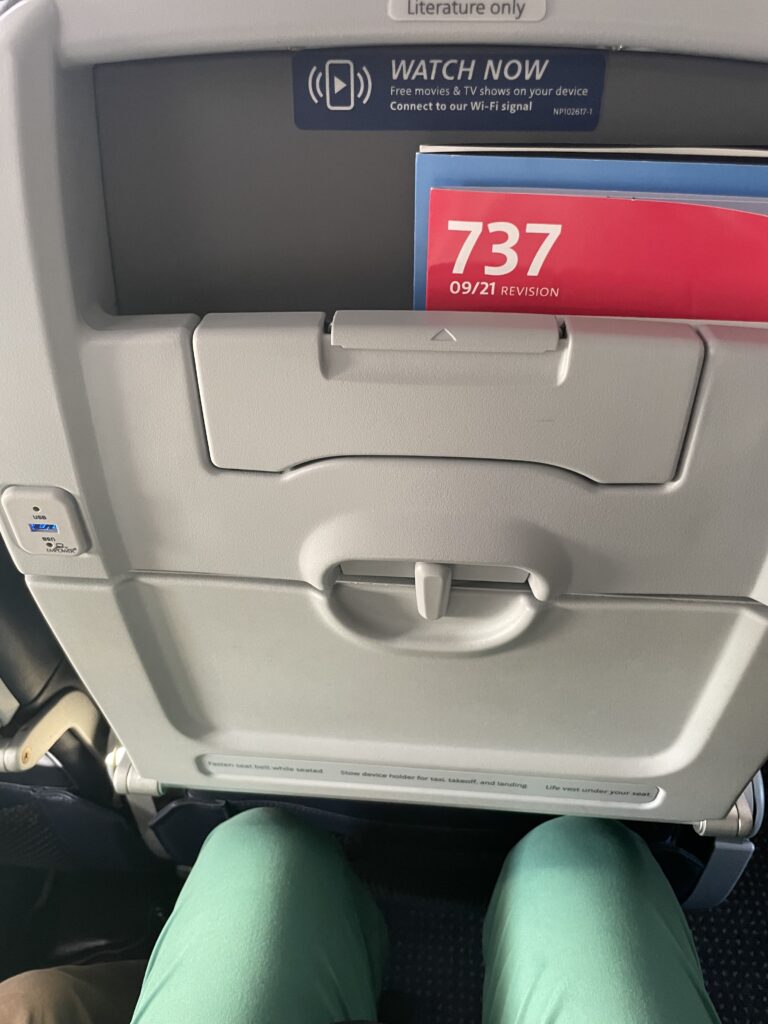 I had sufficient legroom on the 737-800. Image: Fintan Horan-Stear

I observed a lot of air noise in the cabin. It quietened down after takeoff, but there was still noticeable vibration. The new cabin belied the plane’s age, but these telltale signs could not be concealed.

The flight attendants were very friendly and efficient, and I felt at ease with them. The snack on board was the usual soft drink with pretzels or cookies, which was provided shortly after takeoff.

The plane had variable lighting, which was soft for takeoff and cruise but very bright during the snack service. Whilst the cabin lighting was then dimmed again, I found the light from the galley to be bothersome, with the curtain remaining open throughout the flight. 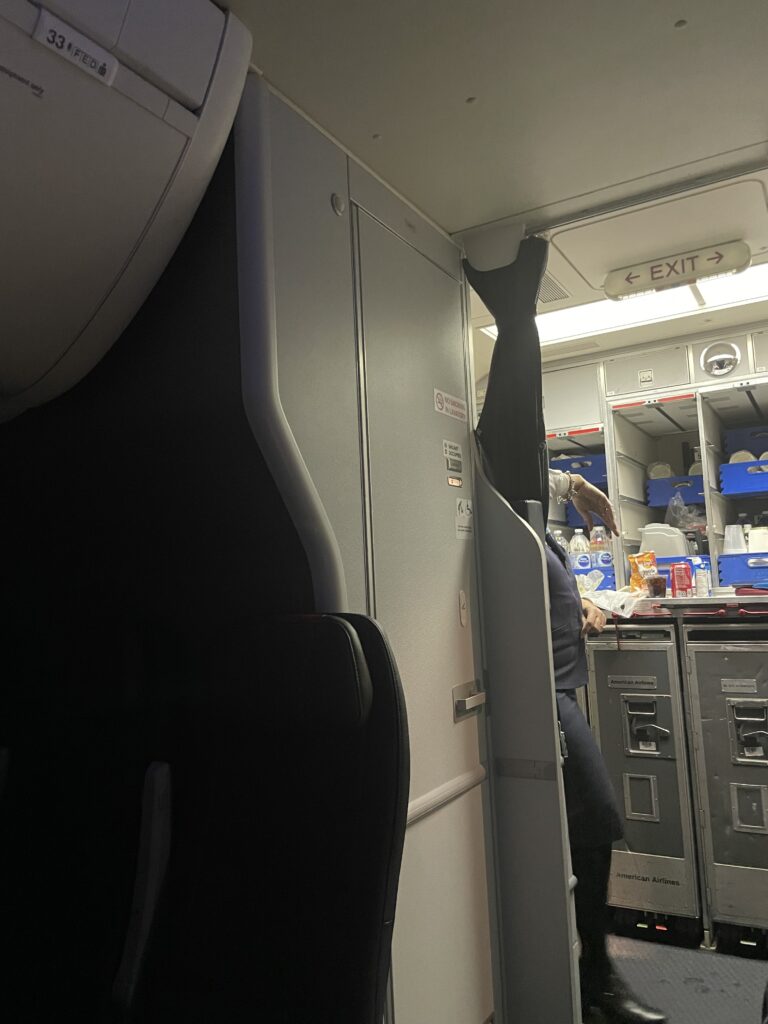 The light from the galley was bothersome. Image: Fintan Horan-Stear

Two hours into the flight I did begin to feel achey from the seat, but this is not uncommon with economy class seating. Nevertheless, I arrived at DCA feeling relaxed, and eager to compare this experience to the 737 MAX 8 that I would be flying on a day later.

The following afternoon, as I waited to board my return flight from DCA to Miami, I was immediately put into a worse mood by the chaotic ground operation. Boarding was slow, and there was a queue on the jet bridge as passengers entered and left the plane to remove bags. Aggravated by the brusque and unclear gate staff, I was admittedly frustrated. 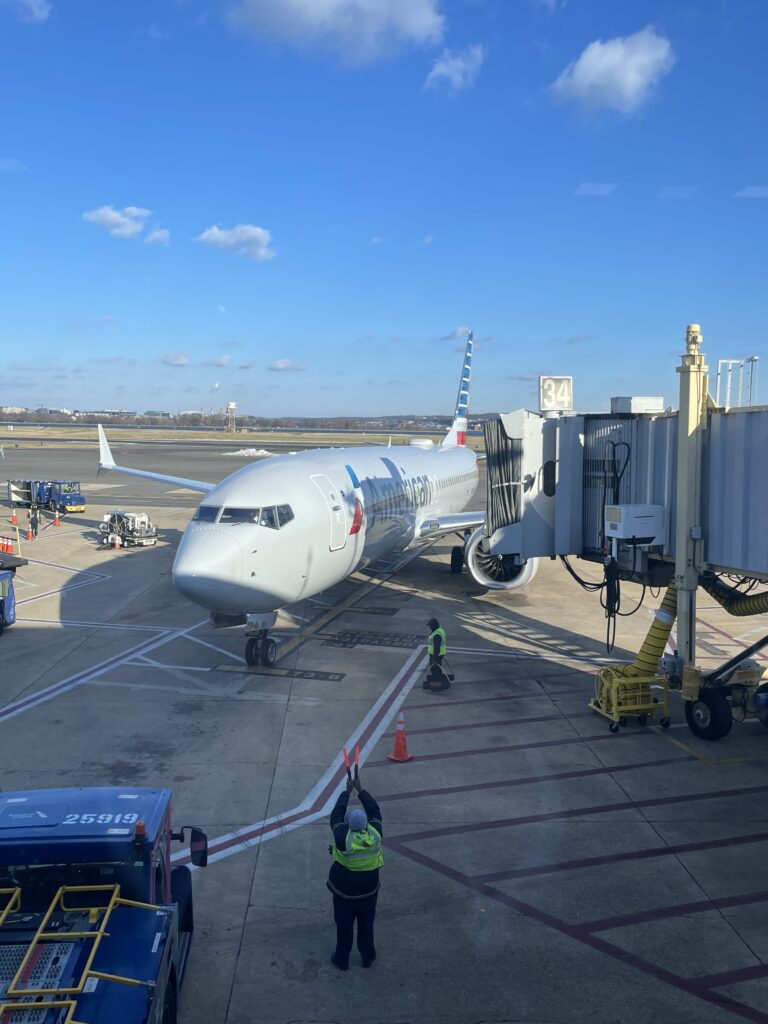 The MAX 8 looked pristine as it advanced towards the gate. Image: Fintan Horan-Stear

As I boarded the plane, I was struck by déjà vu. American’s 737 MAX 8 cabin was nearly identical to the -800. From the lighting to the bins, there were no differing features to tell them apart. I was sat in essentially the same place onboard, and the only tangible difference was that the seat had noticeably less legroom. This physical downgrade was unsurprising given the drive for efficiency, but was still disappointing to endure. 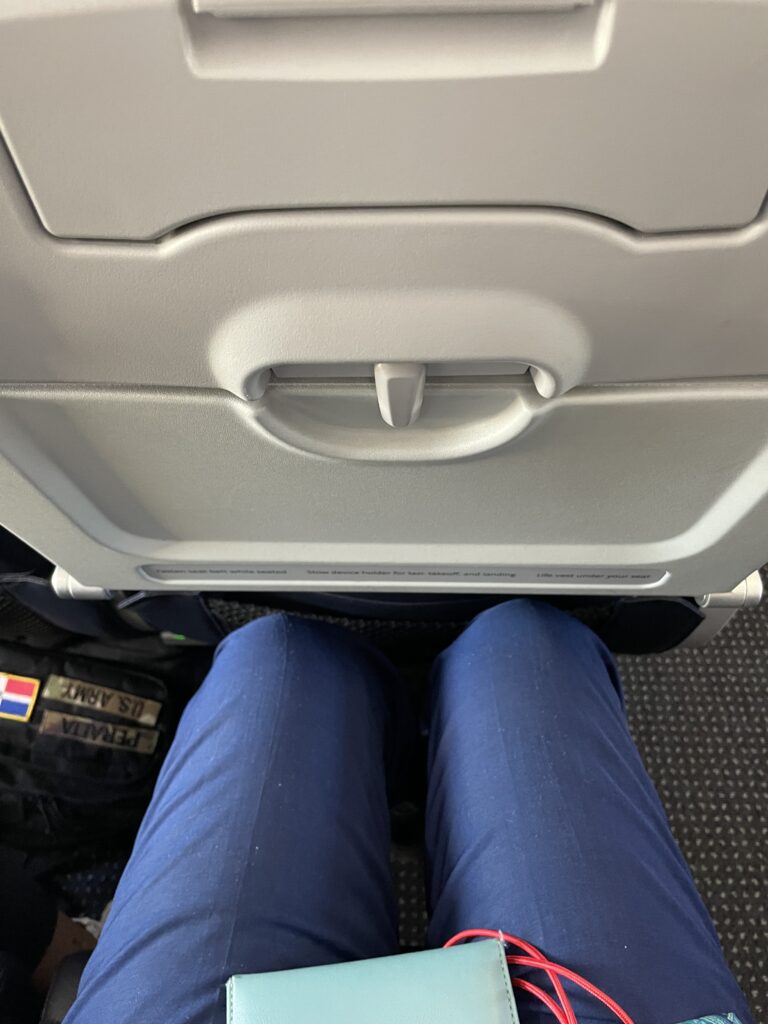 There was noticeably less legroom on the more modern plane. Image: Fintan Horan-Stear

On board this flight, I could feel the passenger behind me using their tray table and bumping into my seat. However, the row behind me on the outbound flight was unoccupied, so I can’t compare them. During the flight, the noise in the cabin was almost as loud as the -800, but there was slightly less vibration. I did not notice a significant “step change” in the passenger experience from this perspective. 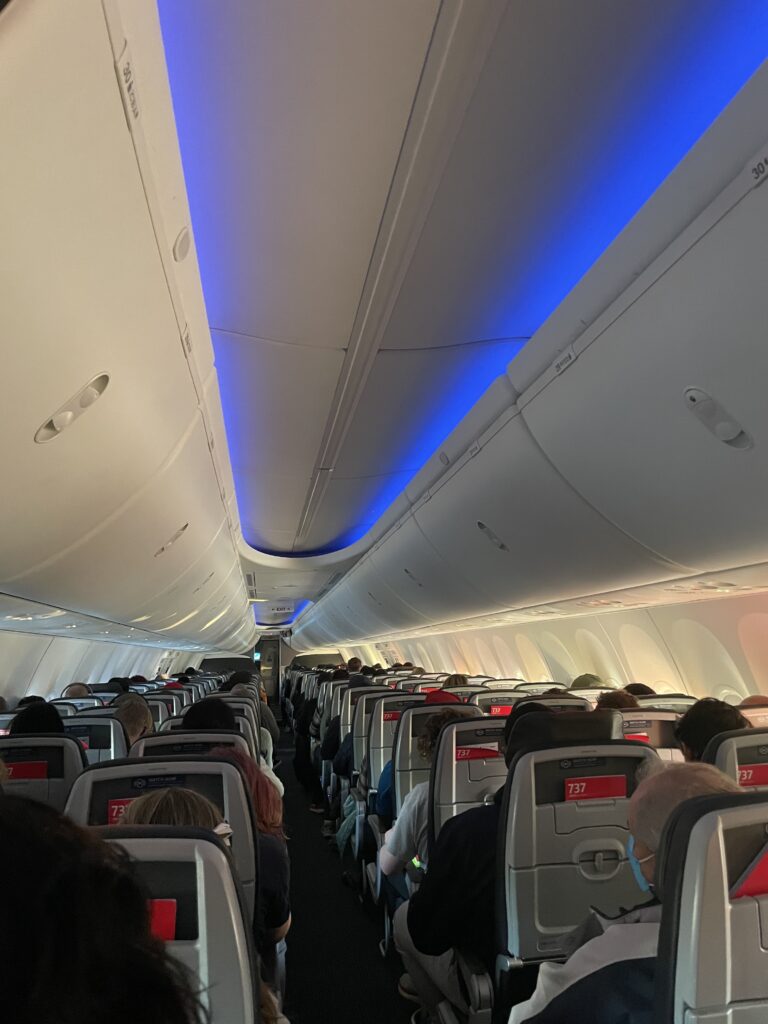 The cabins of the two aircraft were almost indistinguishable. Image: Fintan Horan-Stear

What was significantly different, however, was the onboard service. The snack service was the same as the first flight, but the cabin crew did not enforce masks or social distancing, and queues formed around the rear toilets after the snack service, with crew doing nothing to stop it.

This, as well as unmasked passengers eating and talking across rows throughout the plane, left me feeling very stressed and exposed. I was reticent to remove my mask, and only did so to have my snack after everyone else had finished eating. Our landing in Miami could not have come sooner.

Comparing these two aircraft was a very subtle game of spot the difference. The cabin was virtually identical, but with less legroom on the MAX 8, and while there was less vibration, the noise levels were not much reduced.

What really divided the two flights was the onboard experience. On one flight, efficient and friendly staff made me feel at ease and relaxed. On the other, chaotic boarding and non-compliance to COVID-19 regulations left me tense and desperate to land. In reality, the newness of the aircraft did nothing to make up for the inconsistencies of the inflight service, with the benefits of the MAX 8 failing to make an impact.