Originally used as flight numbers for the legendary Concorde, BA1 and BA2 were more recently associated with the British Airways Club World London City Airbus A318 “baby bus” service. Economic forces permanently grounded Concorde in 2003, while the Coronavirus pandemic and subsequent economic downturn has sealed the fate of the Concorde’s replacement as British Airways’ lone A318 exits the fleet.

While the Concorde was something straight out of science fiction and purpose-built for speed, the A318 used by BA was something far more ordinary. The A318 was nothing more than the unwanted runt of the Airbus A320 family of aircraft. While a small handful of airlines incorporated the A318 into their fleets, British Airways saw an opportunity to recapture the super high end, and super high fare-paying Concorde crowd.

With just 32 fully flat bed seats on board, BA was able to operate a premium transatlantic service out of London City Airport rather than Heathrow, putting its arriving passengers much closer to central London. 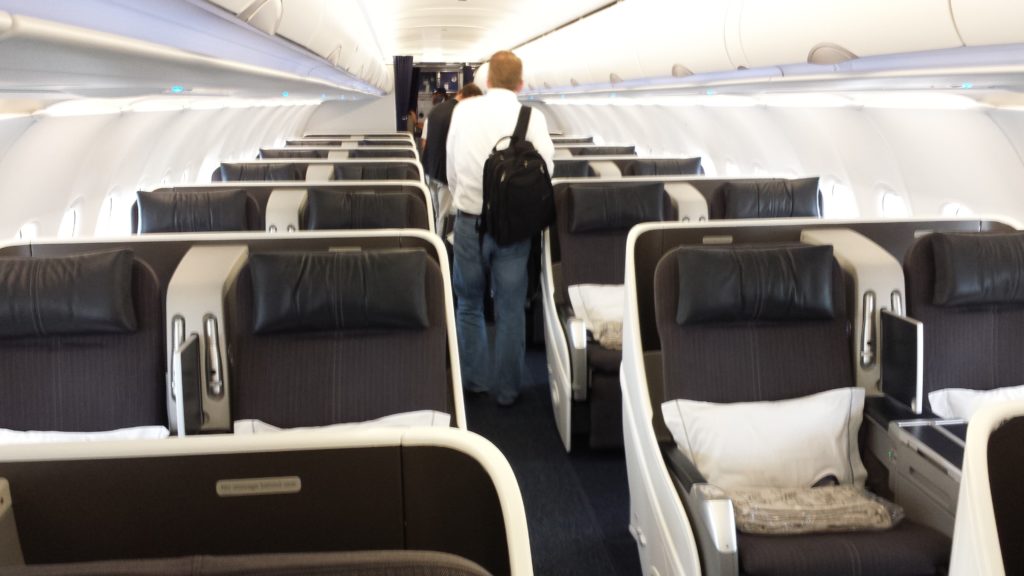 While the flight to New York required a fuel stop in Shannon, Ireland, it still provided an overall time savings to passengers. Passengers could check a bag down to just 20 minutes before departure rather than the 60 minutes required at Heathrow.

Before the introduction of Global Entry, the stop at Shannon allowed New York-bound passengers to clear the customs and immigration process while the aircraft refueled, potentially saving hours upon landing in New York.

The flat bed seats were different from the unique but not always loved “yin-yang” seats on the BA widebody fleet. The baby bus featured more traditional forward-facing seats in a 2-2 configuration. 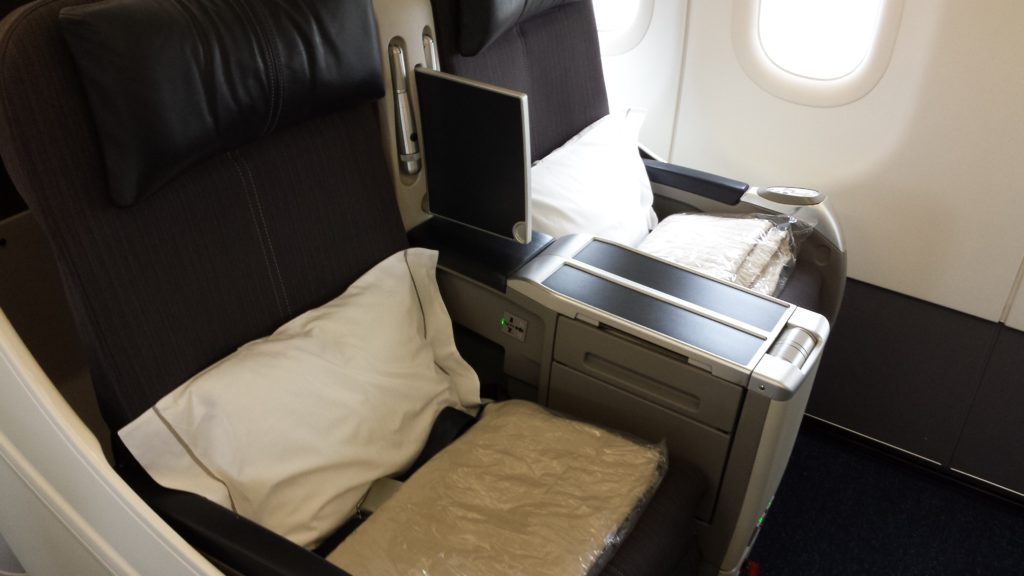 Personally, I preferred the baby bus seats as it avoided the unavoidable awkward eye contact of the yin-yang seat and provided more flat surface space for personal items. I could store my glasses while I tried to sleep, for example.

The seat did not feature direct aisle access, but in my opinion, it was an improvement over the traditional Club World seat. 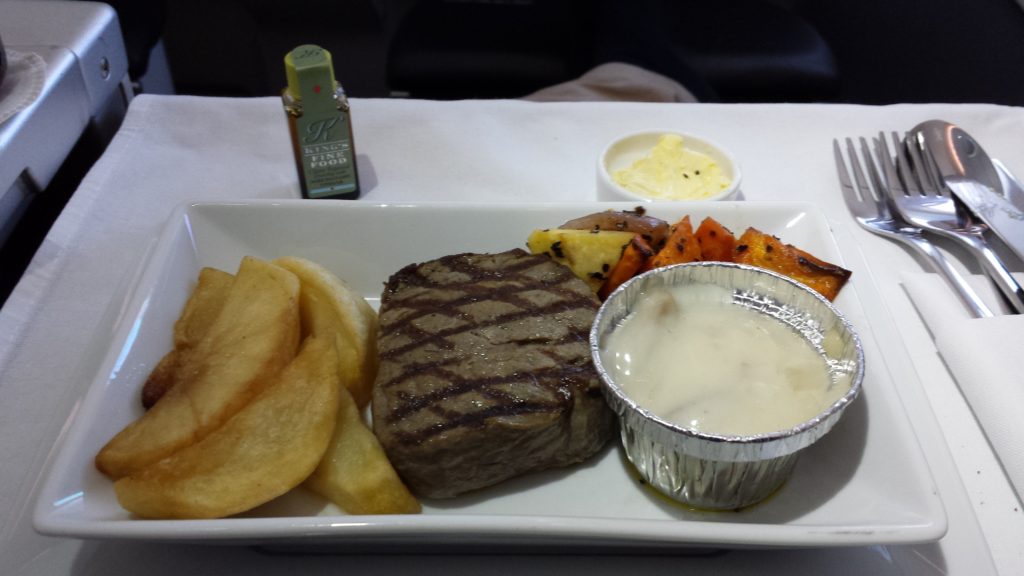 Although the baby bus did not have embedded entertainment screens – likely to cut down on weight for the short runway takeoff at London City – it instead offered early generation iPads loaded with content.

The seats contained an arm that raised out of the center console to hold the iPad. It was not the most elegant solution, but the lack of seatback screens did keep the cabin nice and dark at night. 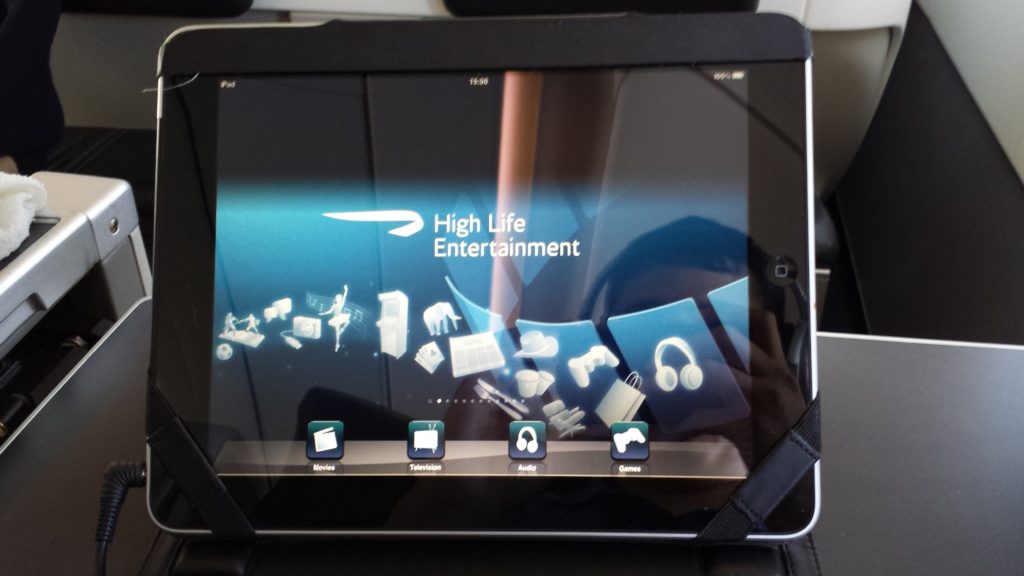 The baby bus featured some leading #PaxEx elements at its introduction, but the rest of the BA fleet quickly evolved.

Before inflight Wi-Fi was an expectation or even commonplace, the baby bus featured mobile connectivity with OnAir voice and data services. While Gogo’s 2Ku high-speed Internet would later be installed on the British Airways widebody fleet, the baby bus remained stuck with OnAir and its high call fees. Data speeds were so slow that it served little purpose in its later days.

More recently, British Airways began installing its new Club Suite on its widebody fleet, offering a vastly superior level of privacy and comfort when compared to the baby bus.

With the global economy in a recession and demand for travel at an historic low, the end of the baby bus service at British Airways is an expected but still sad moment.

Back when the Airbus A220 was known as the C Series and owned by Bombardier, the company conducted a highly visible flight to demonstrate that the aircraft could operate in an all-premium configuration between London City and New York, minus the stop along the way.

Once the global economy recovers and travel demand rebounds, we know there is still an aircraft on the market capable of making the trip and there’s an ever so slight chance that BA1/2 could be reinstated. 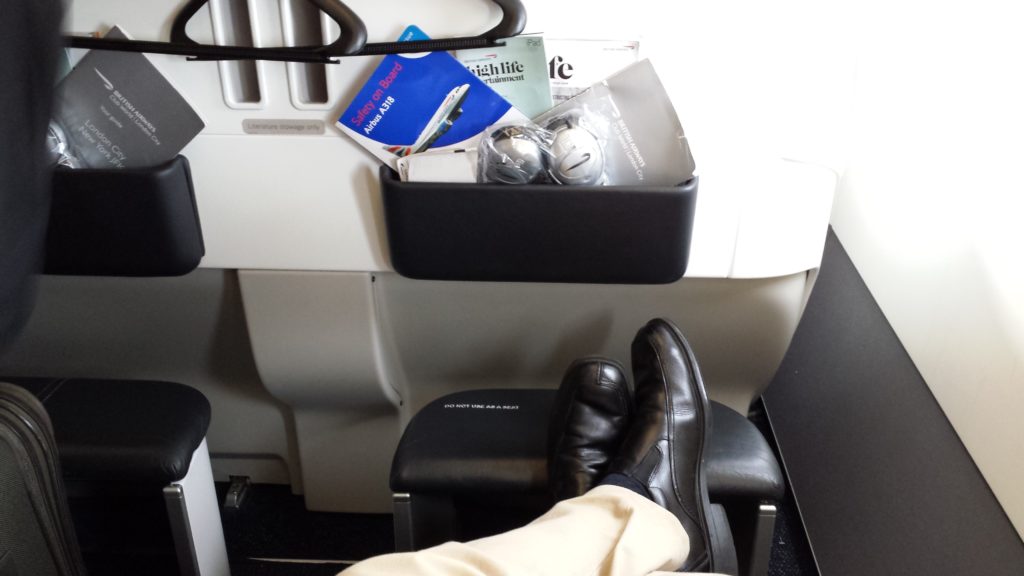