Boeing surprised the passenger experience industry at last year’s Aircraft Interiors Expo by selecting upstart LIFT by EnCore as the provider of supplier-furnished equipment (SFE) for its Boeing 737 family. The seats displayed have evolved significantly since the unveiling, after LIFT by EnCore gleaned feedback from humans and data from Boeing’s sensor-fitted comfort dummies, Elijah Dobrusin, vice president of development and strategy at the company, tells Runway Girl Network.

AIX in 2016 was, overall, a success for LIFT by EnCore, Dobrusin says. “We had a ton of airlines and press come through, and we got a lot of really great feedback, and some feedback where we needed to improve. We’ve had a lot of opportunity to go through and optimise and tweak. Probably the biggest thing that came out of it was that people really liked the look and feel of the seat, and the aesthetic, but there were some knee space complaints. So we’ve really improved the living space. We thought it was pretty good before, but it’s much better now.”

The seat is “designed and optimised for the BSI [Boeing Sky Interior], but they fit perfectly well in both the NG [Next Generation] and the MAX, so we’re offering it for both linefit and retrofit,” Dobrusin notes.

Delving more deeply, “numbers-wise, if you measure the space, we probably have the greatest knee space given the same pitch,” Dobrusin explains. “Our seats have 29”, and versus somebody else’s 29”, we probably have better knee space. One of the things we’ve realised is that there was a perception about the knee space that wasn’t necessarily inches, it was more about how the customer’s knees interacted with the surfaces. We’ve spent a lot of time massaging the shapes, and it wasn’t necessarily about inches, it was about how that space interacted with your shins and your knees, and just making it ideal for a variety of passengers to fit into the seat.”

“We moved our tubes around a little bit, we changed our shrouding a little bit,” Dobrusin says. “It was all really minor stuff, but you’d make a little tiny tweak and people would say ‘oh, you could feel this dramatic difference’. Comfort is so complicated, especially in the aerospace industry where it’s such a challenging environment: we don’t have the movement of a car seat, you don’t have lumbar support, you can’t move the seat up and down or forward and back. We’ve got basically one movement and it’s not even all that much movement.” 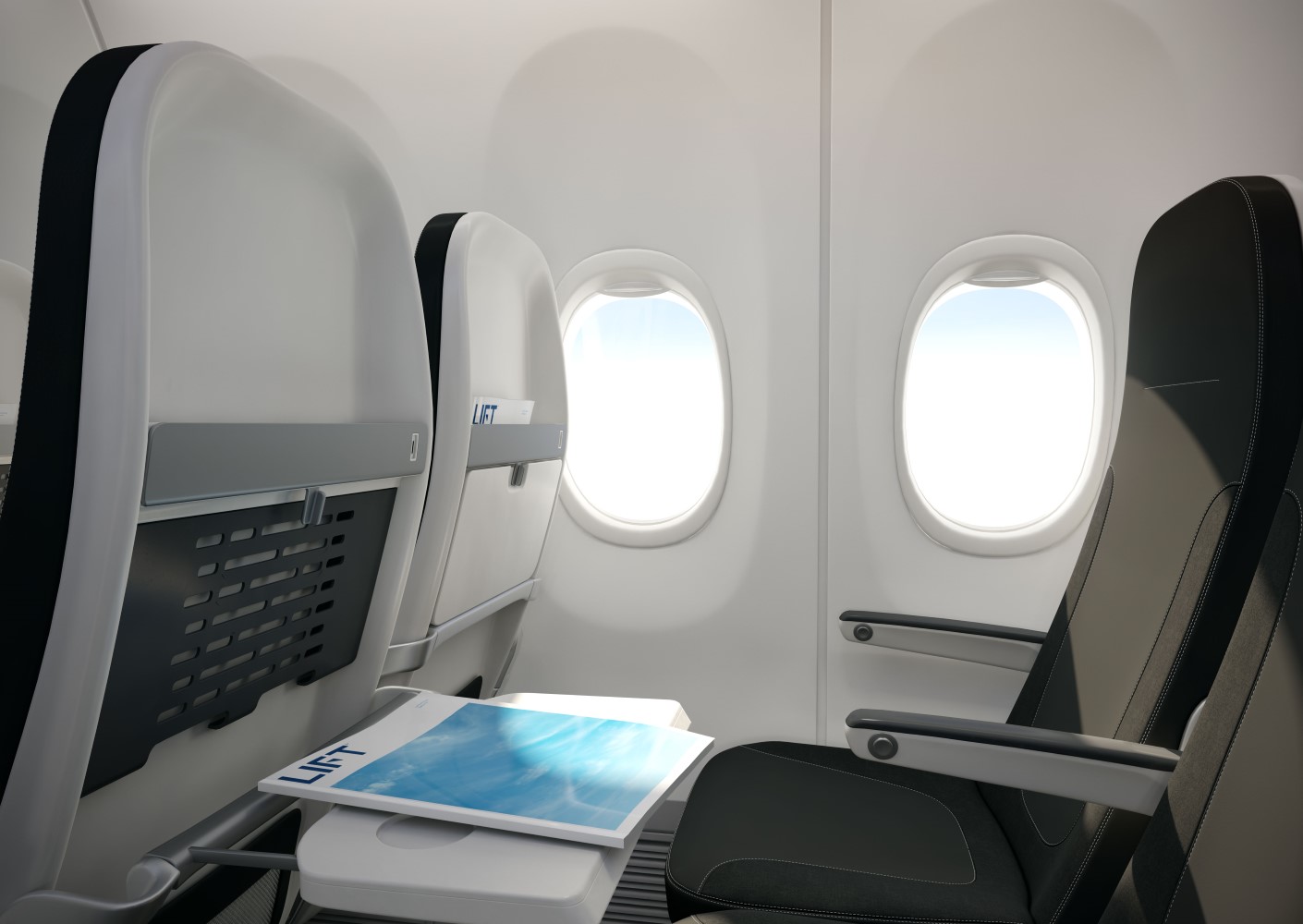 Overall, though, LIFT by EnCore is aiming to position its supplier-furnished seat as the best overall option rather than with either a weight or price focus.

“It’s a holistically designed seat,” Dobrusin explains, about the unique selling point of the seat. “There’s no one big thing — we’re not the lightest on the market, not the cheapest seat on the market or any of those things. Our idea is that we’ve looked at it holistically and said: ‘what does the passenger want, from a customer perspective? What does the airline need from a maintenance perspective? What is an acceptable cost and weight? What is going to make this product easy to use for today’s traveller? Where is there somewhere for someone to stow their phone?’ We feel like we’ve hit all those key areas. There’s no one thing that makes it better, but if you take it as a whole we’ve thought everything through.”

“We’ve really got this great heritage and connection with EnCore,” Dobrusin notes, “and EnCore has a really outstanding on0time delivery and on-time quality. Our performance is paramount to our company, and that’s where EnCore has excelled. All of EnCore is five years old, and we’ve grown really quickly because we say, ‘we’re going to provide you a product, and this is what it looks like, and then in ten months or eighteen months or whatever the schedule is, we provide that product. If we can’t provide that product, we don’t sign up for it. That’s one of the abilities we have as a small private company.”

Some of the most impressive work LIFT by EnCore and its partner Boeing have done is around ensuring that the relatively confined spaces are passenger-pleasing.

“We did a lot of testing with sensors and comfort dummies, and we did a lot of physical testing,” Dobrusin says. “We have the partnership with Boeing, and Boeing has some really incredible comfort testing capabilities. It’s all through these fancy dummies, basically: dummies that can do things like sweat, have sensors that can feel comfort and discomfort, so we did a lot of testing like that, and Boeing partnered with us and did all the testing with us. And we took a lot of real people, stuck them in the seat and said ‘how does this feel?’ We do a lot of that, but it’s always very challenging, because people are influenced by so many different factors. If the seat cover is blue, I’ll feel different than if the seat cover is red — it’s really hard to do that kind of testing.”

“The way Boeing has been approaching it recently has been interesting, and unique for us. We’ve never seen the kind of testing they did.” 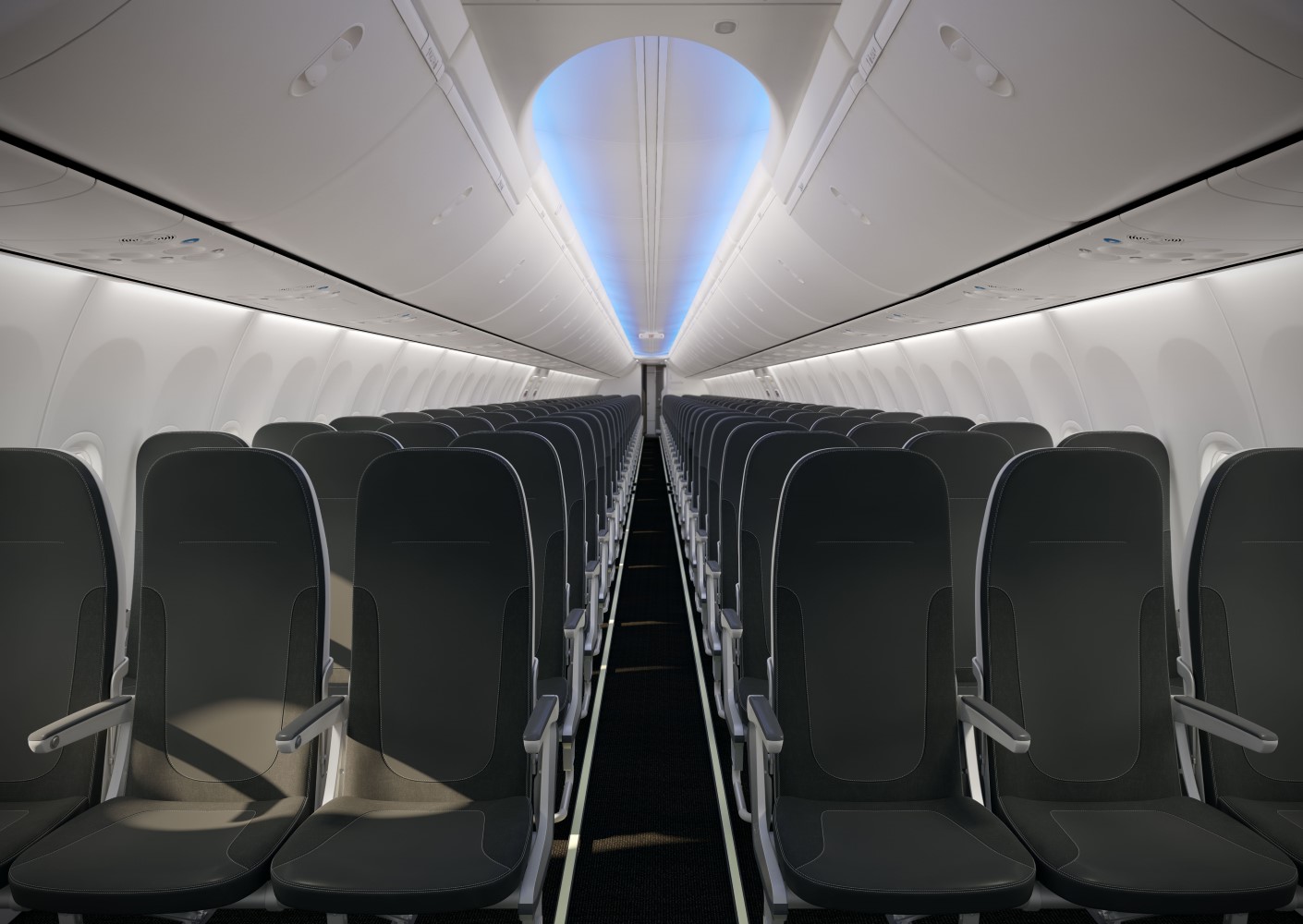 In terms of certification and production, Dobrusin says, “Everything is being done in our Huntington Beach, California office. We’ve just completed our development center — we can do everything from start to finish in our development center, and all our engineers are here as well. All of our final assembly will be done in our Huntington Beach office as well, so it’s all under one roof, which makes it really fast and efficient.”

“We are going through the certification process, and we’ve got two launch customers,” Dobrusin says, refusing to elaborate on specifics. “They are both linefit 737 MAX customers. We’ll probably be revealing them before the Hamburg show. We’ll start delivering at the end of this year.” 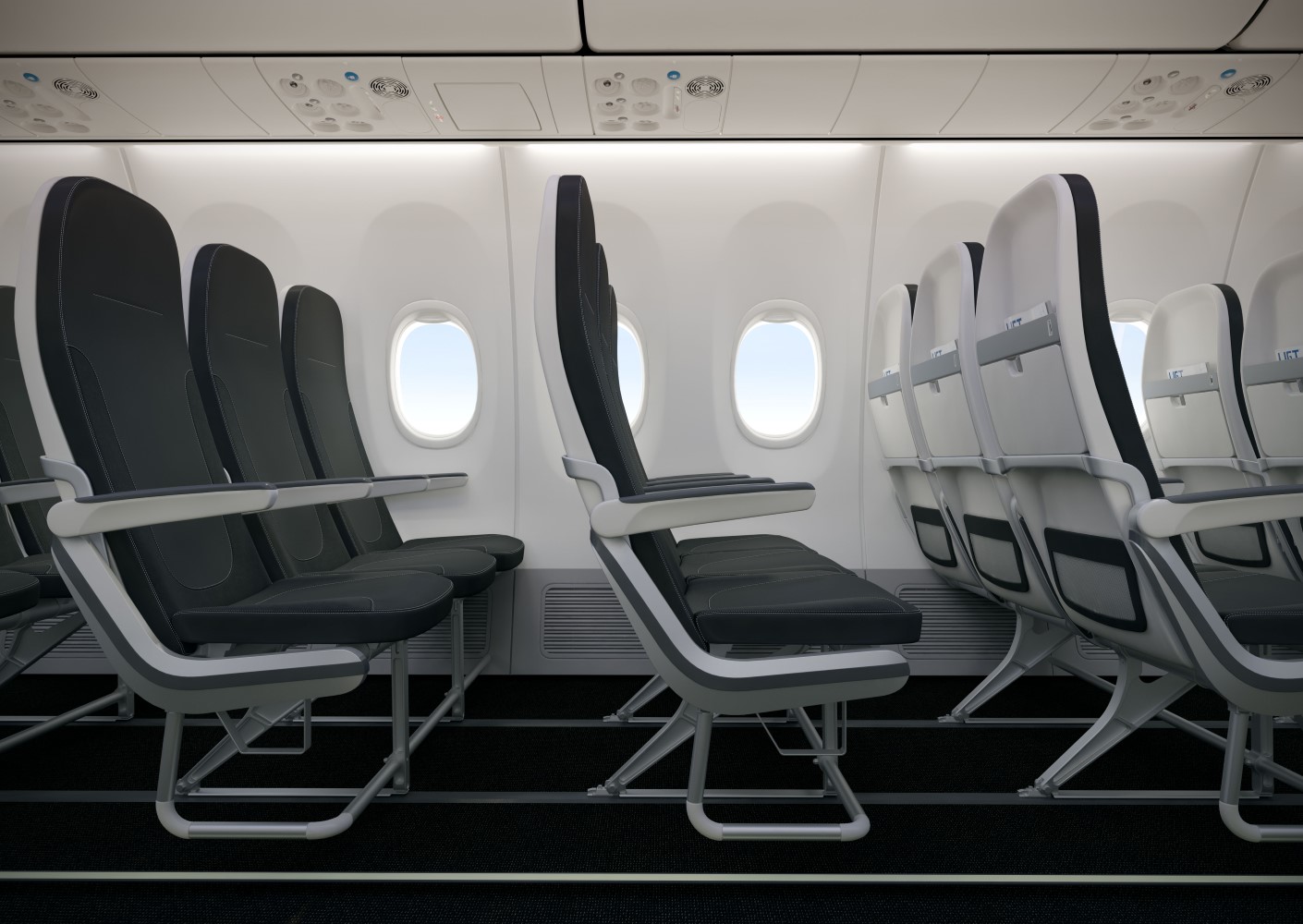 It doesn’t seem likely that this will be the standard pitch on customer airlines. Image: LIFT by EnCore 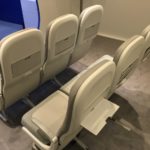 The seats are intended for both barebones and fully featured economy class services. Image: John Walton 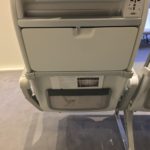 The company has reworked the support tubes in the seats. Image: John Walton 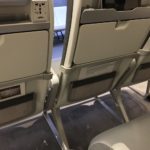 An early criticism was that the support tubes were right in the knee line. Image: John Walton