British Airways cut complimentary food service on its short-haul flights earlier this month, citing passenger preference. While BA’s line of reasoning is hard to comprehend it does not change the fact that a sandwich on board is now £4.75. On a recent flight from Berlin to London Heathrow I had the opportunity to try the new service and, for the sake of research, ordered up a couple of items.

The crew is adjusting to the new service sequence reasonably well, despite some of the challenges it presents. On my flight the attendants were all smiles even as the process was significantly slower to get through the cabin. Their first pass was to take orders for hot food so that the correct quantity could be heated. The in-seat menu is not great about identifying which of the four Marks & Spencer sandwiches are hot or not, which added to my confusion, but I eventually settled on the bacon sandwich and then went back to staring out the window while waiting for my meal to arrive. The wait was longer than I expected. 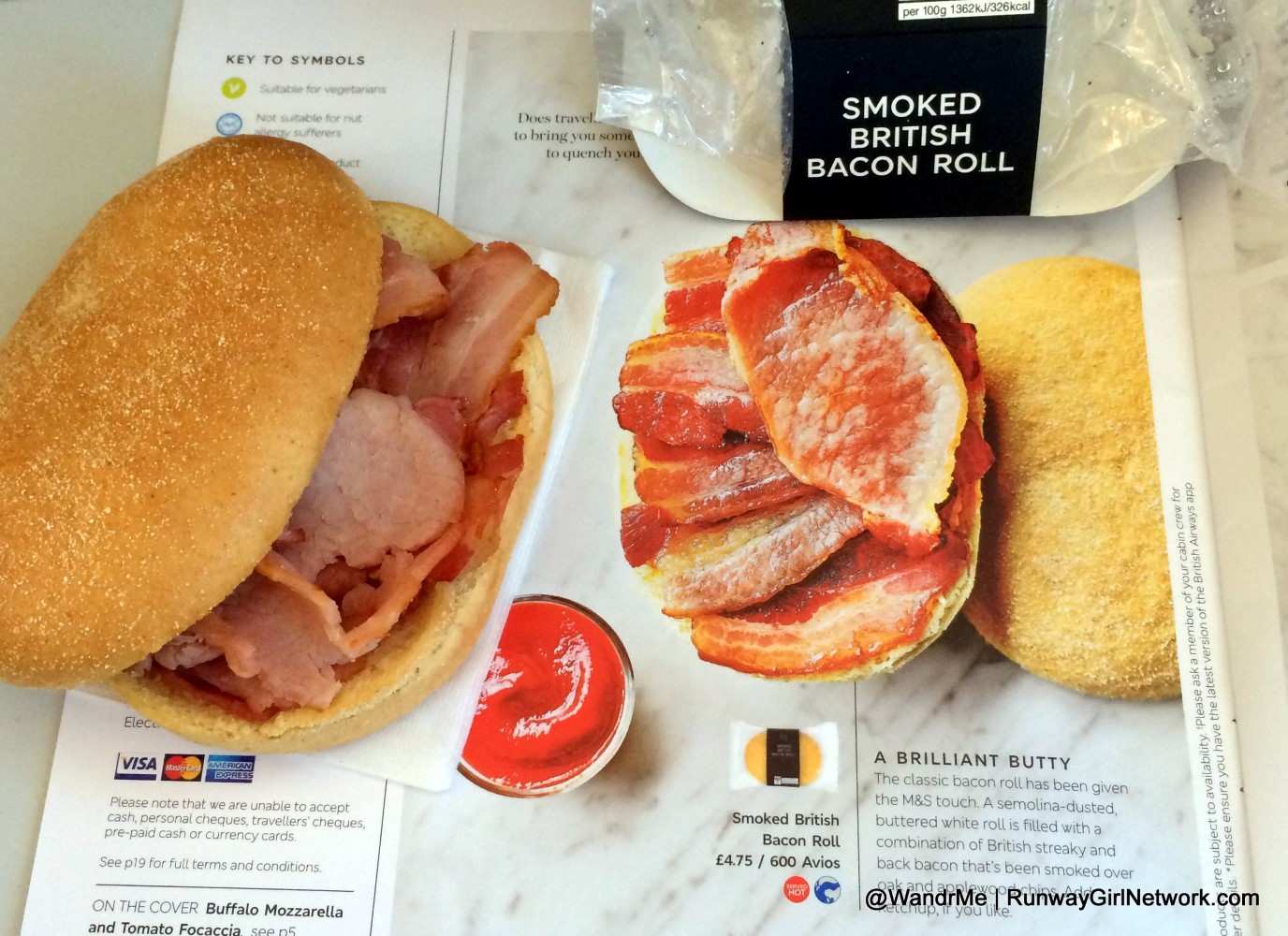 Comparing the bacon butty on board with the version shown in the menu; pretty close. Image: Seth Miller

It took nearly 30 minutes to receive my sandwich. The flight attendants spent most of that time at the front of the economy cabin handling queries and orders from other passengers. I purposefully chose a seat in the back of the relatively empty flight – there were only roughly 20 economy travelers on the A319 – and watched as each transaction transpired. On average it took just over a minute per purchase.

Lots of empty seats on board but service still took much longer than I expected. Image: Seth Miller

Most surprising to me was the need for passengers without PIN-based credit cards to sign a receipt on board for a £5 purchase. That absolutely slowed things down.

Considering the light loads on my flight, the wait for a sandwich was only mildly annoying. But on a more crowded flight, I would not expect to receive service if seated in the back of the plane based on what I witnessed.

By the time my bacon sandwich was delivered I was sufficiently hungry – and curious about protocol – so I added a second item to my order. The flight attendants were amused when I asked for the roast beef, and happily brought it over to my seat.

This second order also gave me extra time to look at the point-of-sale (POS) hardware, a custom solution from Tourvest Inflight Retail Services. Given the trend towards integrating POS devices with the digital devices crew already carry on board, BA’s choice of hardware is an interesting one. The carrier already issues iPads to senior cabin crew for customer service purposes but chose not to use them to support the buy-on-board program. 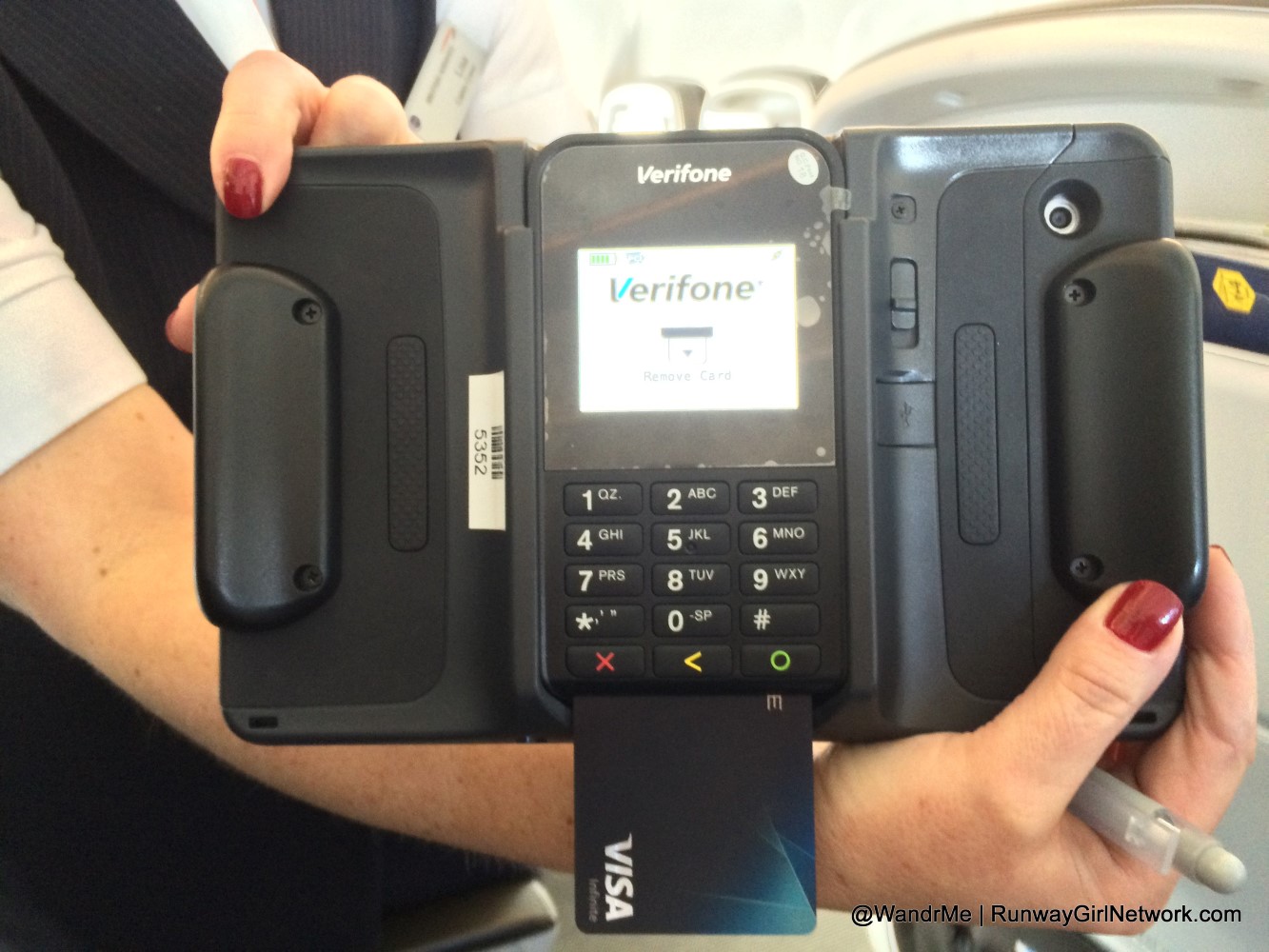 The back side of the Tourvest POS console showing the credit card reader. Image: Seth Miller

Finally, with my card charged (I think; a week later nothing shows in my online statement) and receipt signed it was time to actually eat my twin sandwich lunch. Both compared well to the photographs in the menu card; that was a promising start.

The attendants offered me either ketchup or brown sauce for the bacon roll, which I declined. I probably should have taken them up on the offer as the semolina roll seemed to suck the flavor out of the bacon. But it was a reasonable sized portion and sufficiently greasy for my needs. 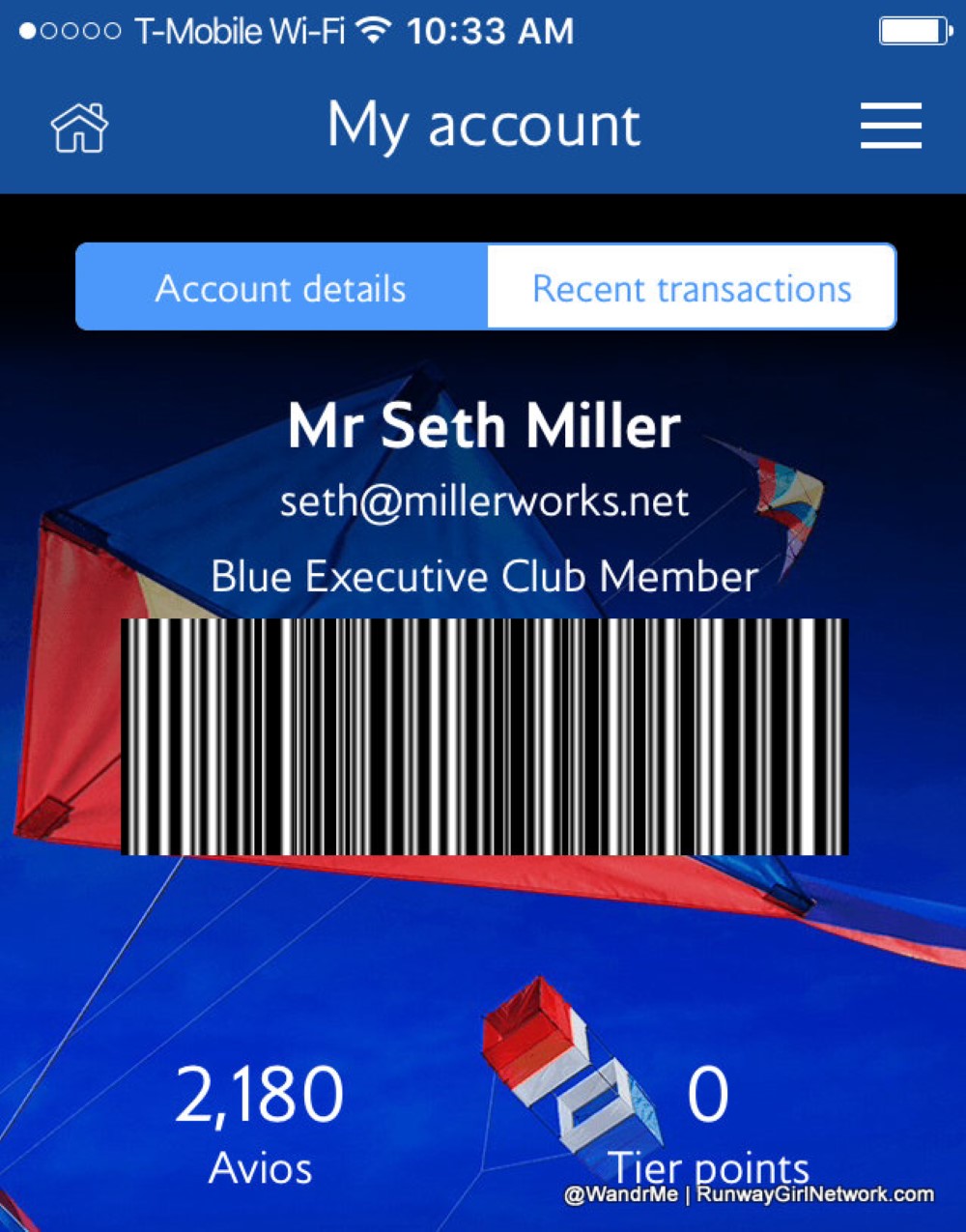 British Airways Executive Club members can use Avios to pay for food on board. Flight attendants scan the barcode in the app to debit an account. Image: Seth Miller

The roast beef was drier than I prefer, easily attributed to it being cooked to well done in the British beef tradition. The onion chutney and mustard-y spread added flavor back in to help give the sandwich balance. And the tomatoes were a pop of freshness, though I would’ve enjoyed more than one slice.

Ultimately the meals are pretty much exactly as advertised, which is about the strongest performance one can hope for. If British Airways is competitive on price and schedule with the LCCs targeted by this BoB shift, then this is just another step in the evolution of coach class flying. But that remains a big ‘if’. 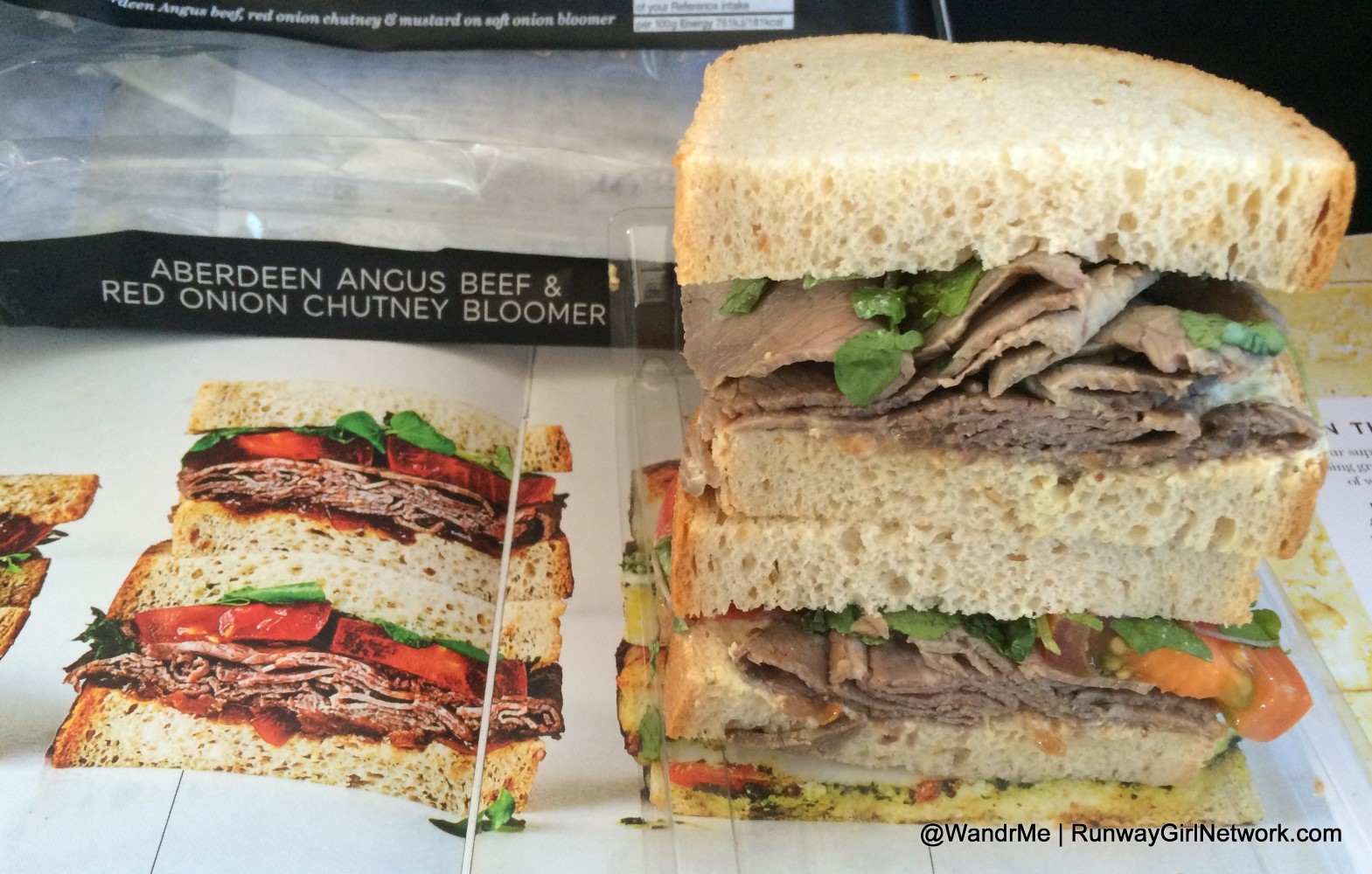 Not enough tomatoes in the real-life version of the roast beef sandwich but otherwise very similar to the marketing version. Image: Seth Miller

MRJ delayed again, though most airlines not clutching their pearls