After a record-breaking medal haul at the Olympic Games in Rio de Janeiro, British Airways — like many other national carriers — had the honour of flying its national team back home, on a Boeing 747-400 aircraft specially labelled #victoRIOus.

But just what is one of these charter flights like, from the inside? Double Olympic cycling medallist Callum Skinner, fresh from winning gold in the men’s team sprint and silver in the individual sprint, tells the story of flight BA2016 from Rio to London Heathrow.

Before the 7pm departure for this overnight flight, Skinner tells RGN, “Checkin had to be completed by 8:00am at our accommodation in the Olympic Village. BA had set up popup checkin desks, as had other flag carriers and Olympic airline partners for other countries.”

“The early check in was a bit of a pain,” Skinner admits, but notes that there were upsides: “I was travelling with four pieces of checkin luggage so it was good to be free of that burden at my accommodation. Also, the queue time was minimal and the staff friendly. The next time I saw my luggage was after my BA Shuttle to Manchester.”

Another benefit to the Olympic Village checkin, Skinner notes, was that Rio’s “GIG airport was manic. Checking in at the village now seemed to be a blessing.”

On arrival at the airport, “our coach was held in a car park for thirty minutes as apparently the departures hall was that busy. When we arrived, having already been processed with our boarding cards, we joined the huge security queue, which sprawled into departures doubling over a few times. To their credit, it was moving quickly — the airport was obviously under a lot of pressure.” 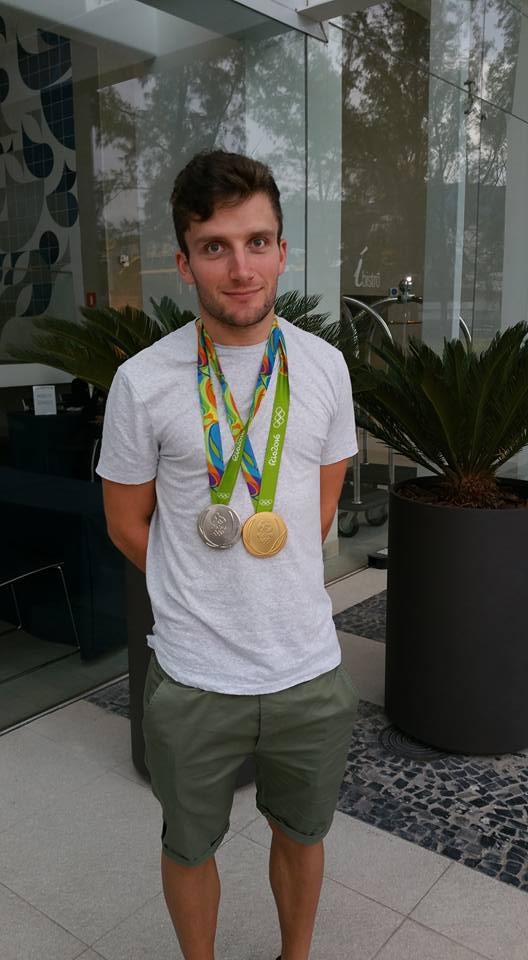 “Following passport control,” Skinner continues, “I checked out the lounge for BA premium passengers. There was no seating available so I sat on the rather plush carpet along with many of the other passengers. I had the chicken pasta and a couple of beers while I waited. The bar or at least soft drinks could have been self service to save some time. Also possibly due to the numbers of passengers the lounge wifi was down. Not an amazing experience but it looked worse outside of the lounge!”

Boarding, Skinner says, “was a little unusual. I’m not sure if it was due to the flight being a charter, but it wasn’t the usual BA boarding procedure. They started boarding passengers in reverse seat number order. Possibly for the first time ever, economy was invited to board first.”

Having snagged a seat in the first class cabin — 3K — Skinner notes that “once on board we had a very friendly reception from the crew. It turned out the entire crew had applied and then [been] specially selected for this flight. After being escorted to my seat and being introduced to the first class cabin crew I was offered a glass of Laurent-Perrier Grand Siecle Champagne.” 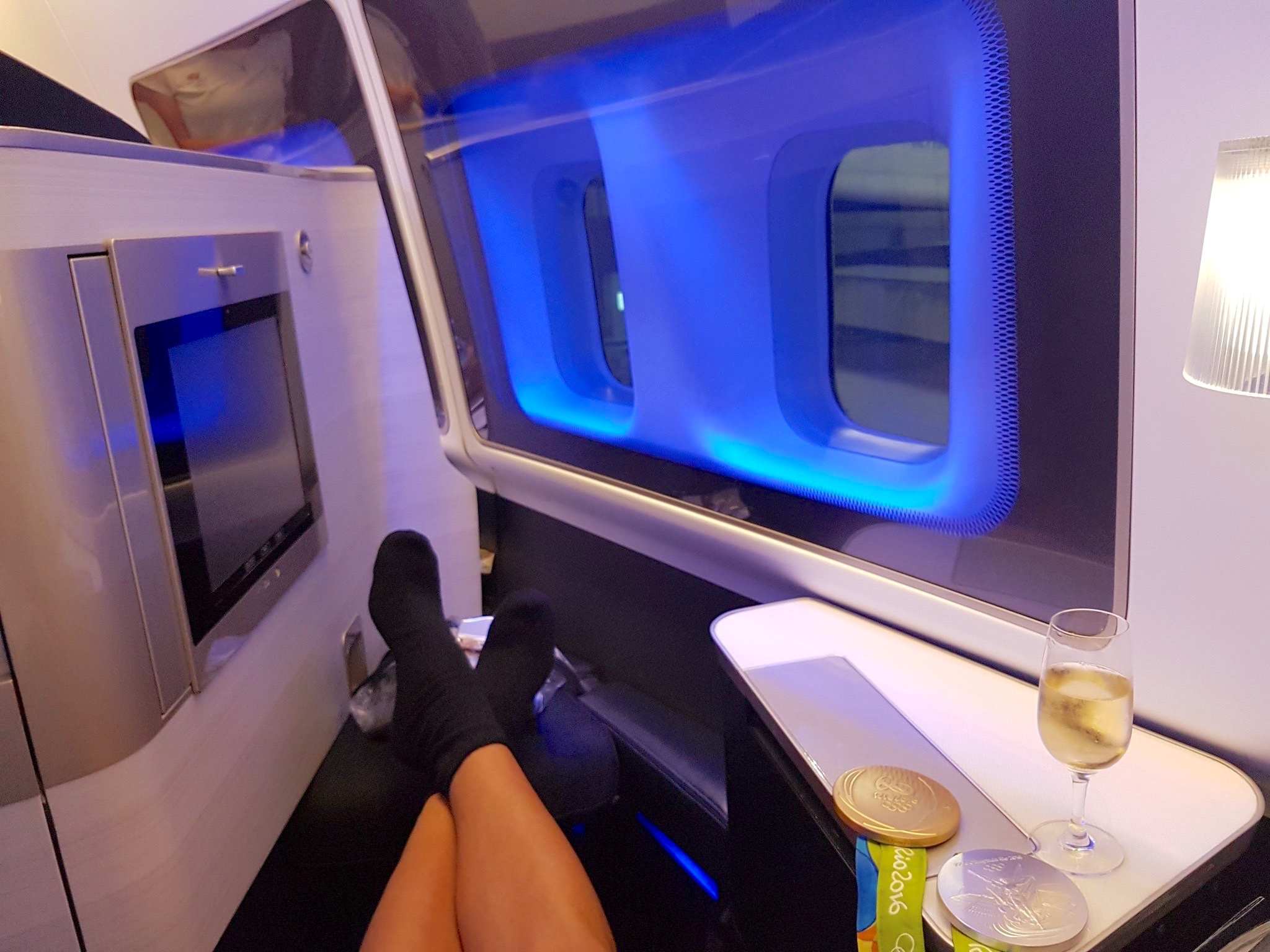 “The seats were allocated on the basis on medals,” Skinner explains. “There were a few more medal winners than they were expecting. If you won a silver or above you got at least Club World,” BA’s business class. “Multiple medal winners and selected gold medal winners were in first. The exception to the rule was the ladies hockey team, all of whom were in World Traveller Plus in order to keep them all together.”

Interestingly, this aircraft wasn’t one of BA’s newly refurbished 747s, as Skinner discovered from spotting the age of the IFE system. “The quality of the TV screen really wasn’t great. None of the screens in this generation of BA cabin from economy all the way to first are. The picture is grainy and its an old plastic touch screen system opposed to clear glass.” 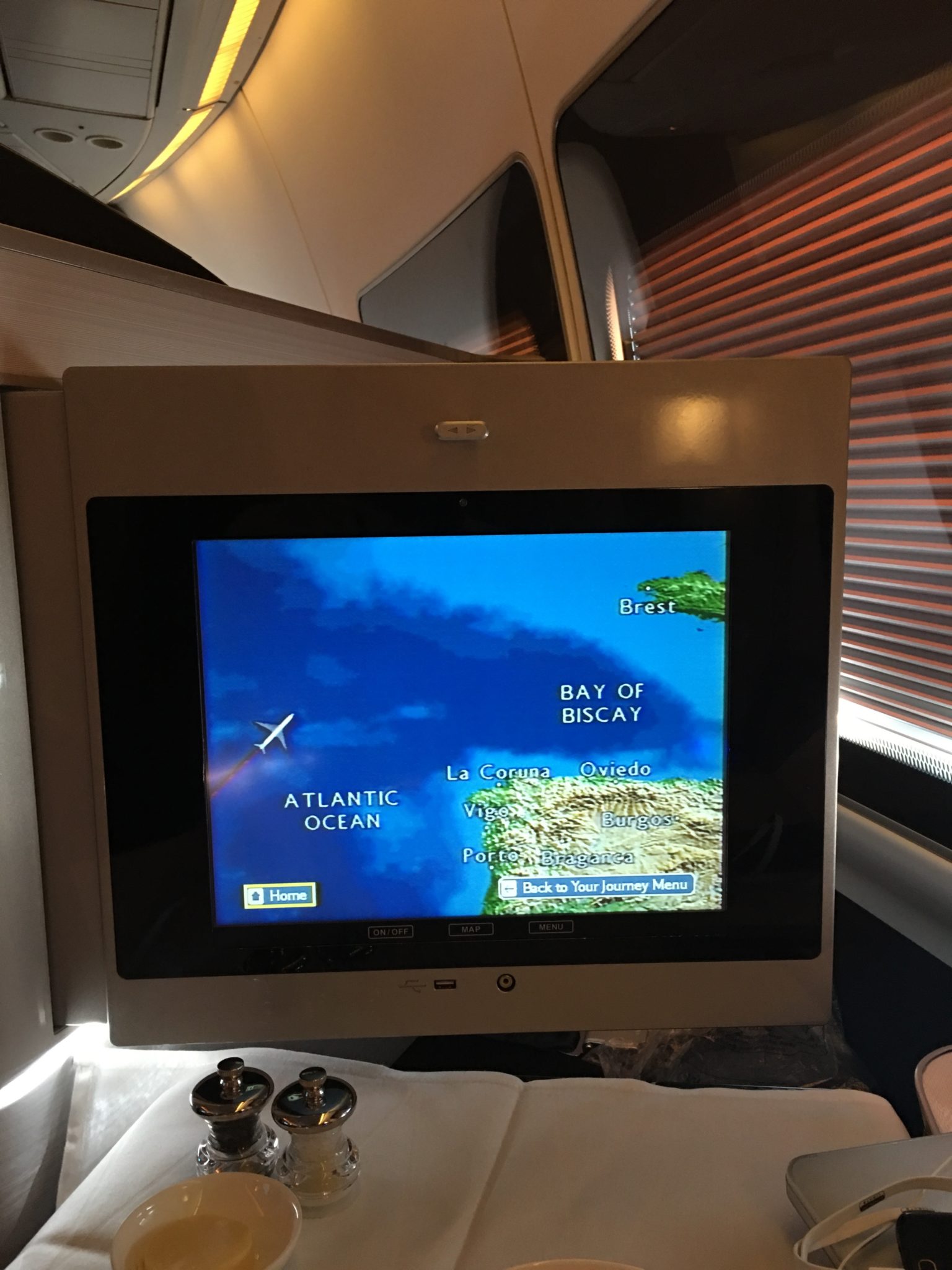 The elderly BA entertainment system on these unrefurbished 747s isn’t up to snuff any more. Image: Callum Skinner

“The condition of the cabin on the whole was okay,” Skinner notes. “I think it could be due for a refurbishment soon due to the condition of some of the fabrics. Also, the light fixture was very dusty — you probably wouldn’t notice from above, it just happened to be at my eye level.”

G-CIVA, the aircraft operating this charter, is one of BA’s older remaining 747-400 models, having been delivered in early 1993 (a year before Skinner himself was born). It would seem likely that the jet is soon to be retired as the airline continues to refresh its fleet, although -CIVA is still in service as of the date of writing.

Notably, “BA hadn’t sacrificed their scheduled service in order to run this charter. This was the same for many other airlines. Lufthansa apparently had three 747s on the ground! Airlines such as Qantas’ 747, Uzbekistan Airways’ 767, Korean Air and JAL’s 777s were some of the more unusual jets to spot on the ground at Rio. Judging the pressure [that] the airport must have been under, they did fairly well,” Skinner says.

“The aircraft was full, I believe,” Skinner notes. “I’m assuming this as some of the support staff were on the commercial BA flight an hour after. I was also told by some of my team mates who flew home early on the scheduled service that the flights they were on were full to the brim. If you flew back early on a commercial service even with a gold medal you were in World Traveller,” BA’s economy class. “One or two of them did say they were treated well by the cabin staff — some were given full bottles of champagne.”

After takeoff, “the BA PR team moved in for about an hour, going around the cabin, snapping pictures and asking questions. They also offered to send a tweet out as this aircraft wasn’t fitted with wifi. The media work delayed the catering, however,” Skinner says, but “once the media moved out they were quick to begin.”

It sounds like BA pulled out all the catering stops in first class for this charter flight, with a full first class meal served in the first class cabin. “To start I had the Salmon Gravlax,” Skinner continues. “This was probably the best dish of the meal. The flavours were spot on and the salmon of high quality. With this dish I had a class of the Pouilly-Fuissé Vignes Romanes white wine. It was really delicious and crisp and not too floral.” 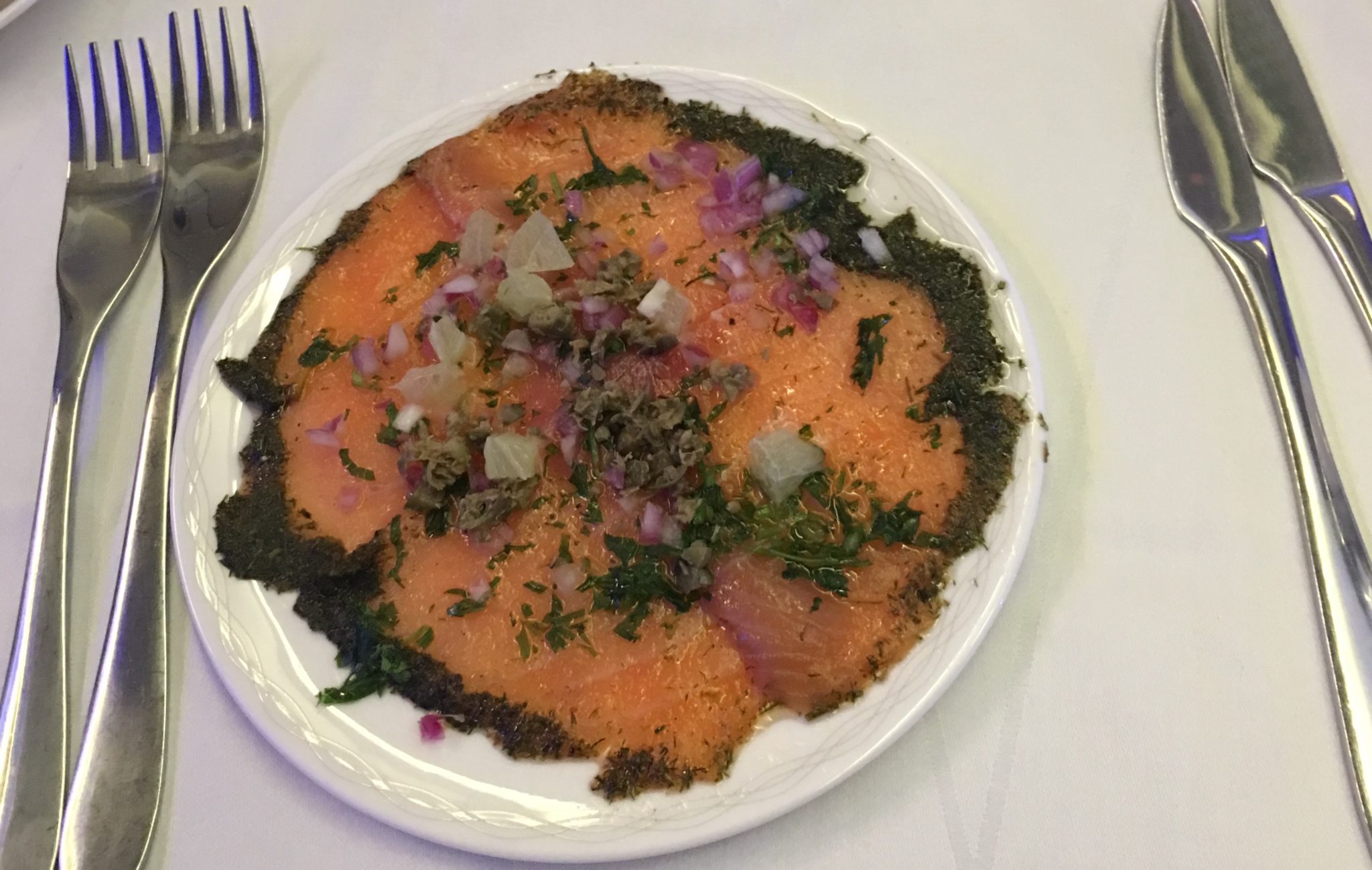 With two cycling medals under his belt, Skinner opted for a second main course: “I then had one of two mains: first, the four cheese ravioli, which was a little stodgy. Most of the parcels of pasta were stuck together, but still very tasty though.”

After came “the milk and herb marinated chicken breast,” Skinner continues. “The texture of the chicken was a little odd but overall the complete dish was good. With both of these dishes i had the Château Grand-Puy Ducasse. I wasn’t overwhelmed with this wine: it was a bit bland for my liking, but the temperature was spot on. Finally, I had warm chocolate fondant. This was delicious — the contrast between the hot fondant, the warm vanilla sauce and the frozen ice cream was lovely.” 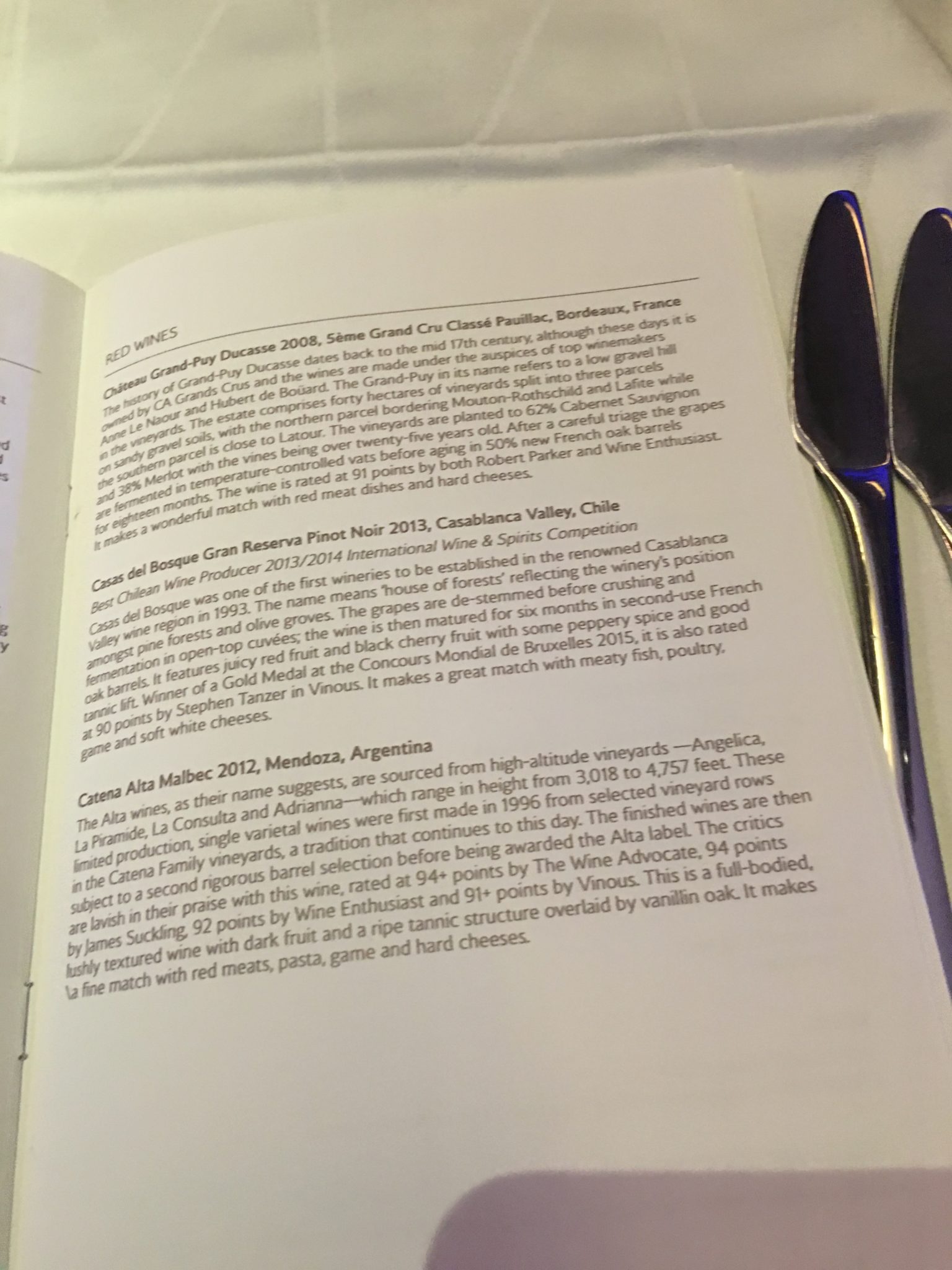 Skinner was less impressed by BA’s selection of reds, however. Image: Callum Skinner

After the food service was complete,” Skinner says, “I asked for my bed to [be] made up, and I was provided with some pyjamas. When I returned, the bed was made, but it wasn’t to the standard of the creased-less perfection you see on some of the Asian and Middle Eastern airlines. However, at that point in the flight, it still looked pretty inviting. The bed itself wasn’t completely pan flat and being 6’2” it was also a little bit short. I slept for maybe three to four hours until the sun rose over the plane, because the passenger in front of me had their window blind open.” 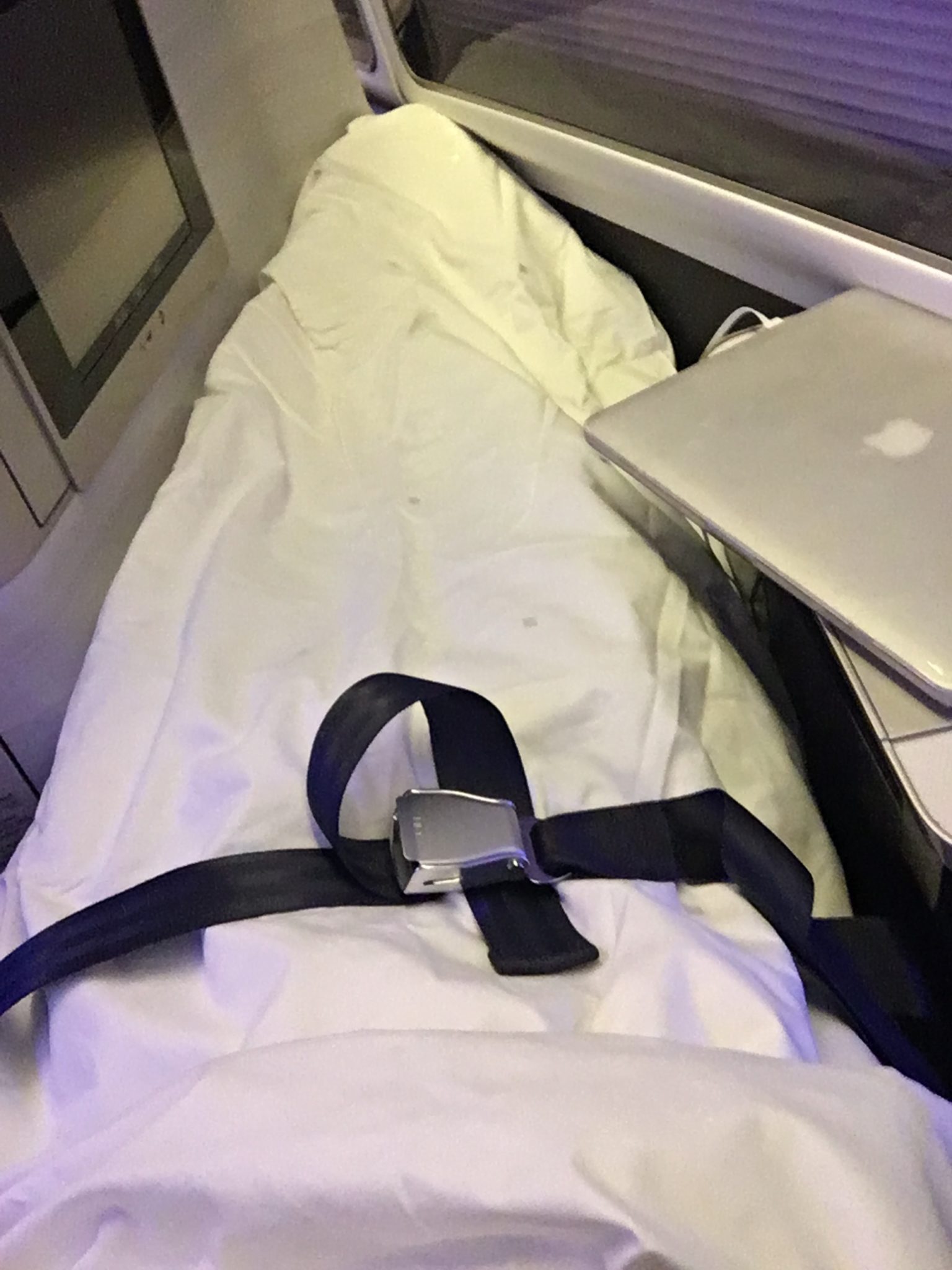 BA’s first class is a little tight in the leg. Image: Callum Skinner

“I’m sure,” Skinner says wryly, “that on a regular commercial service the crew would make sure the blinds were down. After about twenty minutes I leaned forward and closed it myself and had a further thirty mins of sleep. Also, again probably due to it being a charter, all the passengers from premium economy used the first class toilets.”

(On this configuration, BA’s World Traveller Plus premium economy cabin sits between first and the downstairs Club World business cabin.)

“Two small differences to a regular commercial service,” Skinner notes, “but it makes a difference.”

After breakfast (which included “the nicest scrambled eggs I’ve had on a plane”), Skinner concludes, “the cabin was prepared for landing. It was a beautiful day — the pilot commented that he could see Heathrow from Paris. He also said air traffic control were sending their congratulations, and as a result we would be able to skip the normal queue of endless holding patterns you usually face with Heathrow.” 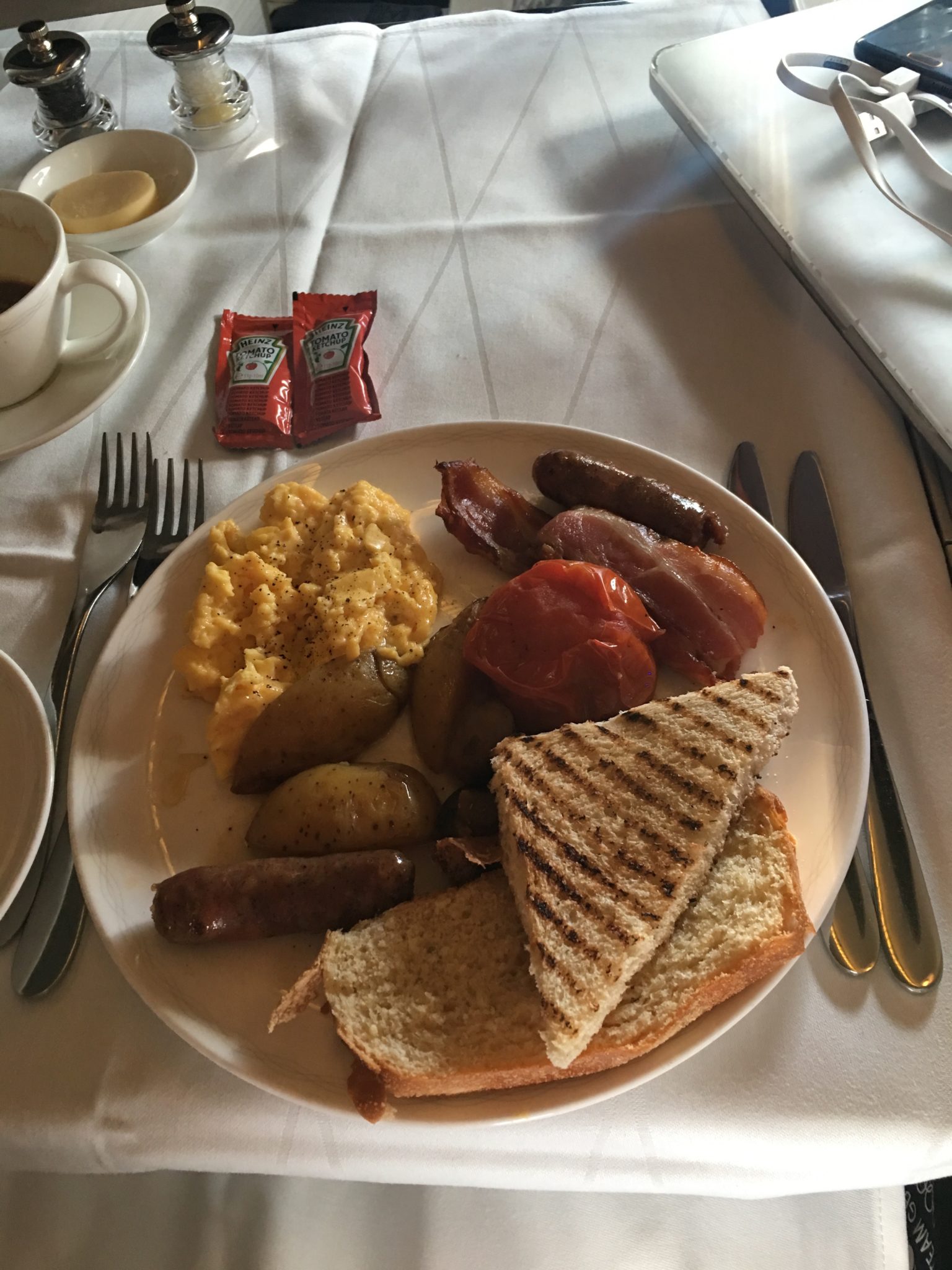 “I’d never sat this far forward on a 747, and it was quite an unusual experience compared with normal. It feels like an age waiting for the front wheels to drop and meet the tarmac. The landing was beautifully smooth,” Skinner says.

Panorama of what the athletes saw seeing off the plane at Heathrow yesterday. What a welcome! pic.twitter.com/5FNNDqAYeY

“We then taxied to a remote stand. Steps were eventually attached. Leaving our luggage behind, we had to partially disembark for photos then return to the aircraft for our bags. It was then a short shuttle bus to the terminal. As you would expect for such a high-profile event it was a breeze going through customs, immigration and baggage collection. They even prepared a tunnel of border guards for us to walk though whilst they gave us a round of applause.”

Overall,” says Skinner, “charter flight BA2016 was a pleasure to be a part of.” 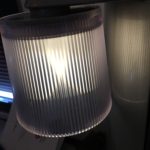 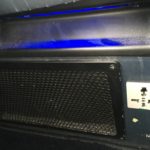 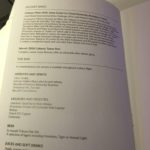 The usual range of dessert wines and liquors were onboard. Image: Callum Skinner 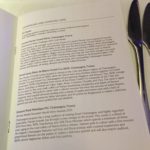 The full wine list was laid on for the UK’s Olympic medallists in first class. Image: Callum Skinner 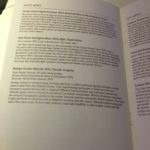 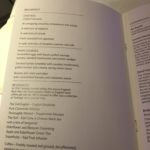 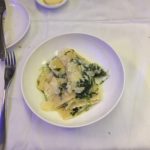 It’s hard to distinguish the pasta dish from one that might be served in business class. Image: Callum Skinner 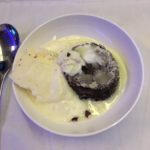 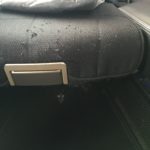 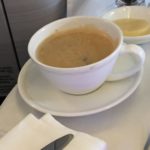 It seems odd not to present first class passengers with their own milk jug to doctor coffee the way they like it. Image: Callum Skinner 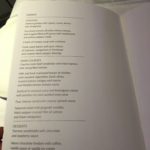 Hungry athletes were able to choose more than one of each option to meet their nutritional needs. Image: Callum Skinner 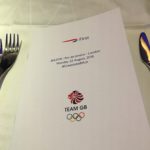 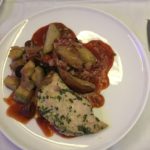 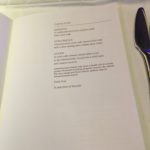 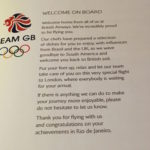 A four course meal was on offer to the Olympic athletes on BA2016. Image: Callum Skinner