Lufthansa’s Frankfurt First Class Terminal stands, as you might expect, aside from the main terminal buildings at FRA. From the outside, it could be anything: offices, a crew base, some sort of cargo area — but inside, it’s still one of the most exclusive havens for first class passengers.

The eleven-year-old Terminal isn’t new, but it’s still considered among the best of the world’s premium airline ground service provisions: “the highest standard of travel”, as the Terminal’s Twitter account profile says. With a recent set of tweaks, it’s aiming to stay there. So what’s its secret?

It’s about taking care of everything for top-tier Hon Circle frequent flyers and Lufthansa’s own first class passengers from the moment they arrive in at the Terminal until they step into their chauffeur-driven car to the aircraft, says Franziska Reitz, service manager for HON Circle & First Class Services at Lufthansa, one of the team who has been keeping it that way since the Terminal opened in 2004.

The Terminal is clear that it focuses on Frankfurt-originating ultra-frequent flyers and first class travellers, together with those returning elsewhere from the city and its region, rather than anyone connecting through FRA on the airline’s extensive network, who are taken care of in the main terminal’s A and B pier First Class Lounges. 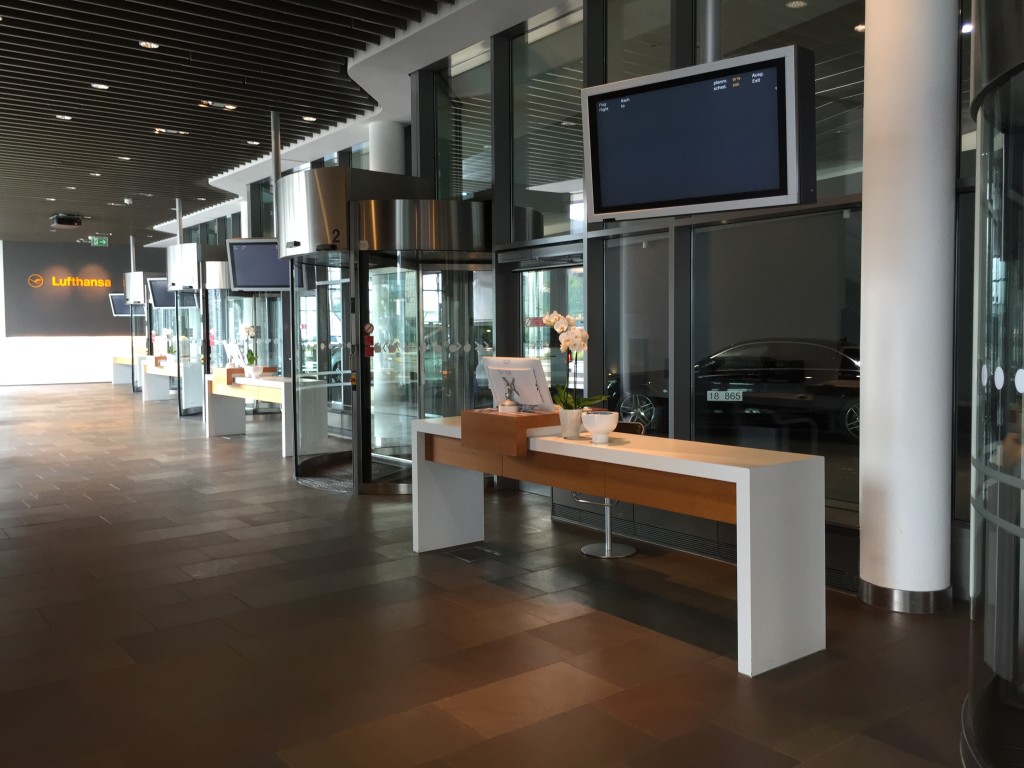 It’s a crucial distinction, providing several additional benefits for Lufthansa’s best customers, whether they live in its main hub and largest home market or are visiting. Many of the HON Circle super-elite cardholders consider the lounge staff almost part of the family, and the Terminal feels at home as soon as they arrive.

“Passengers arrive via limousine service or their own car,” says Reitz, “and we have our valet parking service free of charge — not the parking fees, of course, just the service. If they have a rental car, we drop it at the main terminal. When they arrive back at the main terminal, they pick up their car.”

Personal assistants greet passengers and take their luggage inside. Walking into the Terminal, Reitz highlights the stations where the personal assistants check the passengers’ travel arrangements are all in order, and shows us the small comfortable seating area where friends or family can say farewell to travellers, have a last-minute handover with colleagues, or check whether there is indeed upgrade space into first class, which entitles them to use the terminal.

Once through the Terminal’s pair of individual screening lanes — a significant passenger experience improvement over the main terminal’s dismal queues — the lounge space opens up at the end of a short corridor. 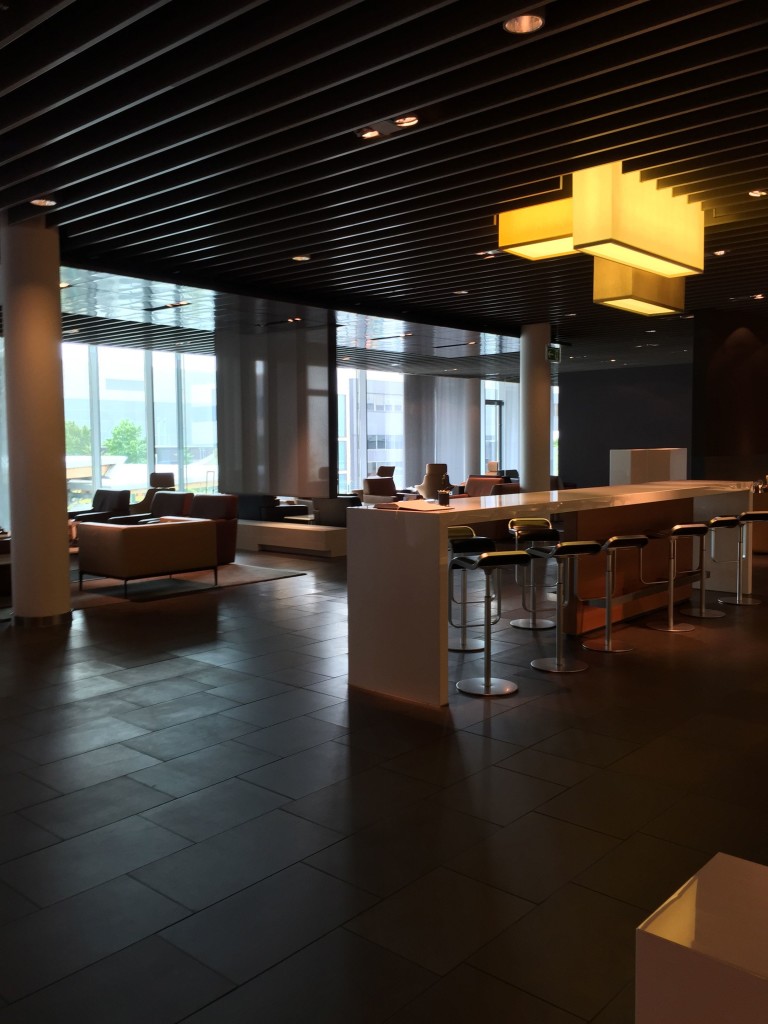 The elegance is very German, and very much at odds with the obvious competitors in the Middle East: no Vegas-style chandeliers, no surfaces dripping in brassy faux gold and shiny ersatz walnut, just clean lines, carefully selected materials and cleverly divided spaces. 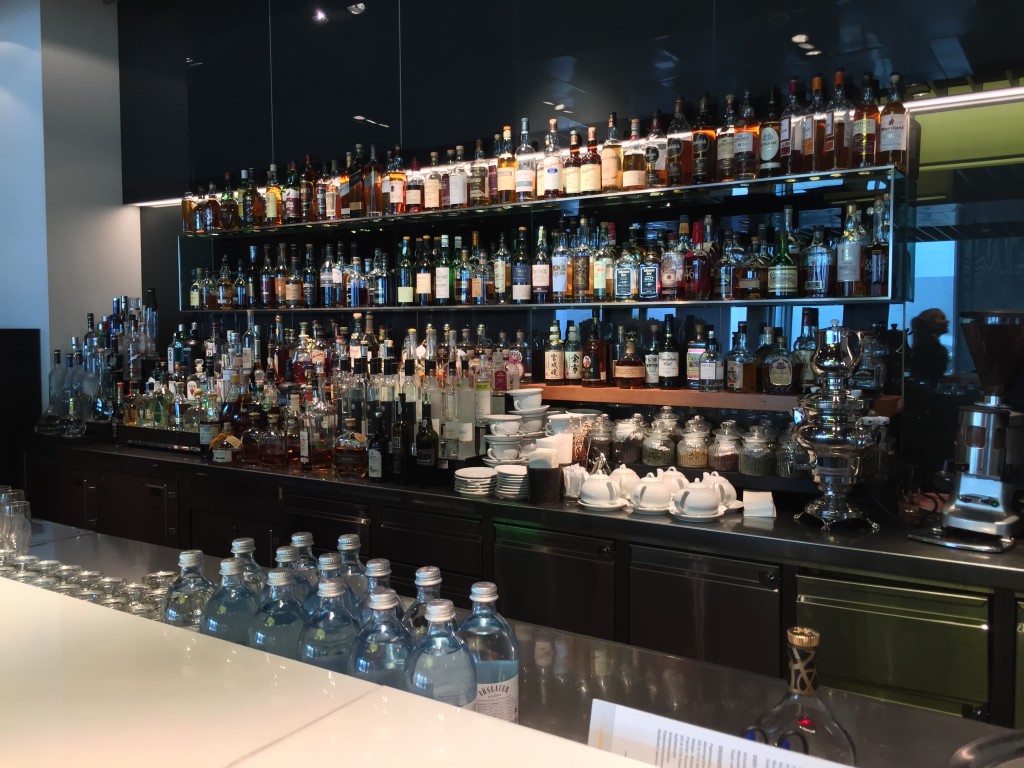 It’s continued throughout the Terminal, from the entrance through to the downstairs departure area where passengers are picked up by a luxury sedan (or, for busier flights, a slightly less upscale Mercedes van). This expansive space is occasionally used for large televised events.

During the last football World Cup, “we had all the guests downstairs here watching the game. It was difficult to get them for boarding sometimes,” Reitz laughs.

And yet, upstairs, the lounge looks…different, somehow, than the last time I was in it. More modern. More grownup. More natural, in a way.

It’s the chairs and some of the soft furnishings, Reitz tells me. “There’s a new design and some new colours since last winter. It’s the same design as the new First Class seat designs, and it’s about keeping one identity. They changed the furniture a little bit, but it’s mainly the colours. I find them warmer, with more wood in the design, and to the eye I find it more relaxing. It matches through to the First Class in the aircraft.” 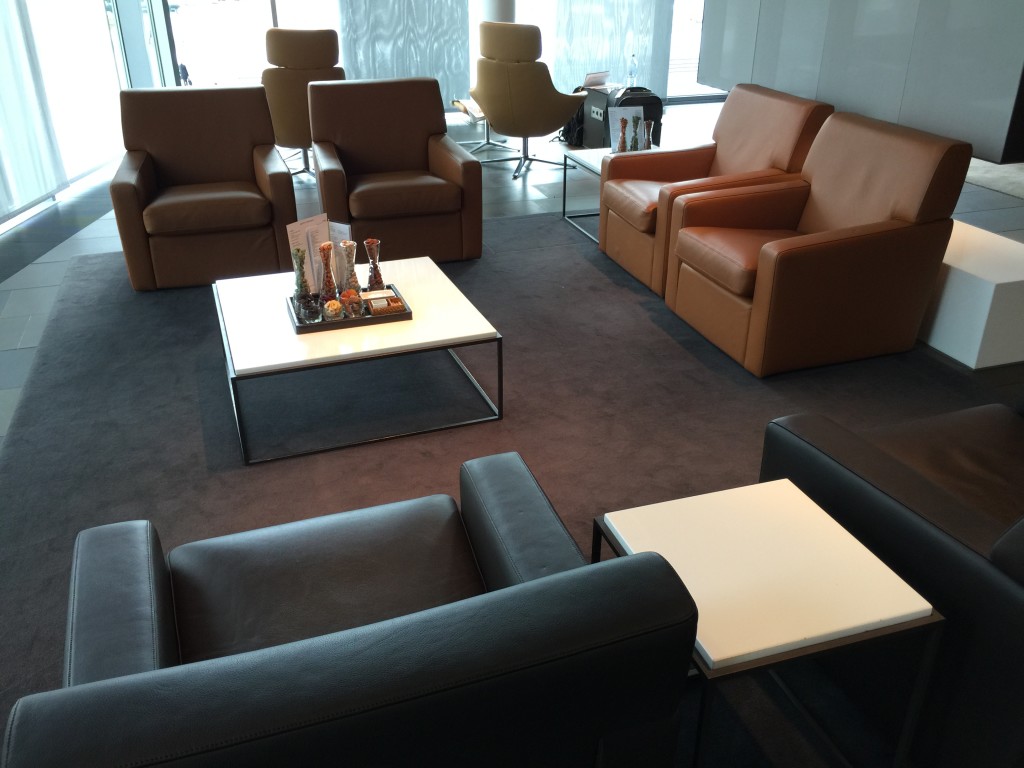 And there’s a lot to love, including a pleasing Champagne selection — an Ayala blanc de blancs 2007, Ruinart Brut, Gosset Rosé and Perrier-Jouët Grand Brut — a full buffet and à la carte menu dining, massage chairs, dayrooms for a nap, a cigar room, the extensive bar with its wall of international whisky, whiskey and other spirits bar… and that’s not to mention the colour-sorted columns of German favourite gummy bears or the chance of a proper bath in a luxury tub with Etro products and a rubber duck to take home, which Reitz says would be the one aspect of the First Class Terminal most missed if the airline changed its offering.

I found the perfect spot in the #FCT for cooling down…. pic.twitter.com/KszgYqy9T7

As I leave — unfortunately not to a flight in a Porsche, but on foot back to the main terminal — it strikes me that it’s this mixture of whimsy and elegance, that moment of a quiet nostalgic smile at the pineapple taste of those colourless gummy bears while waiting for a glass of vintage Champagne, that holds the secret to the appeal of the First Class Terminal. 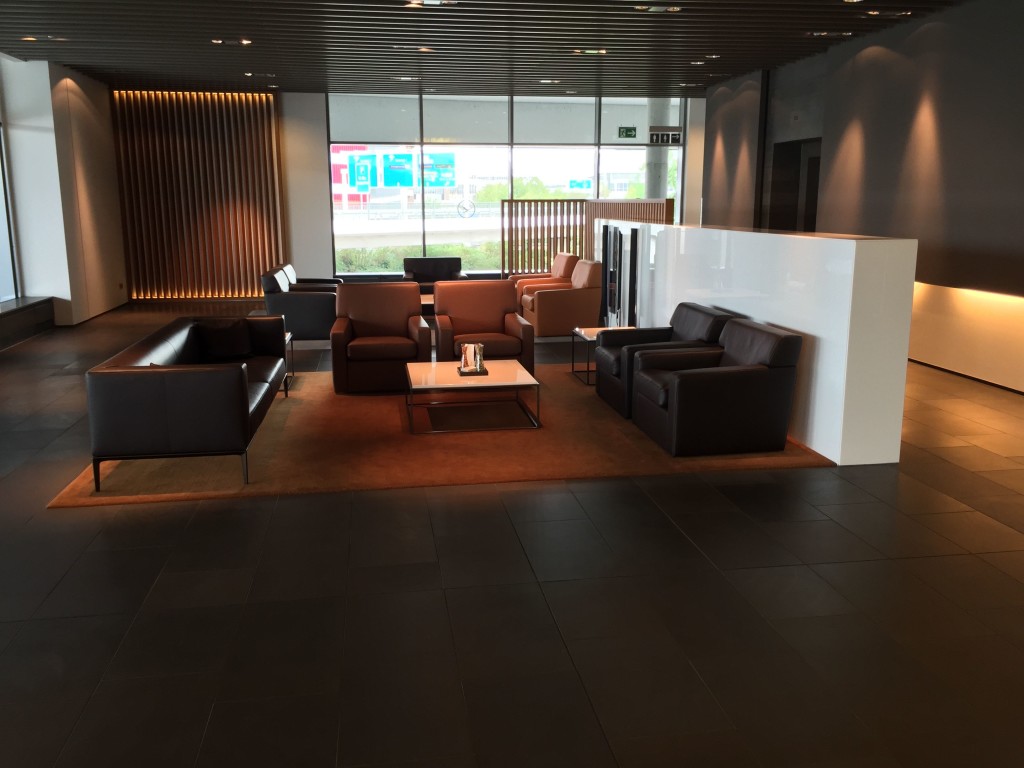 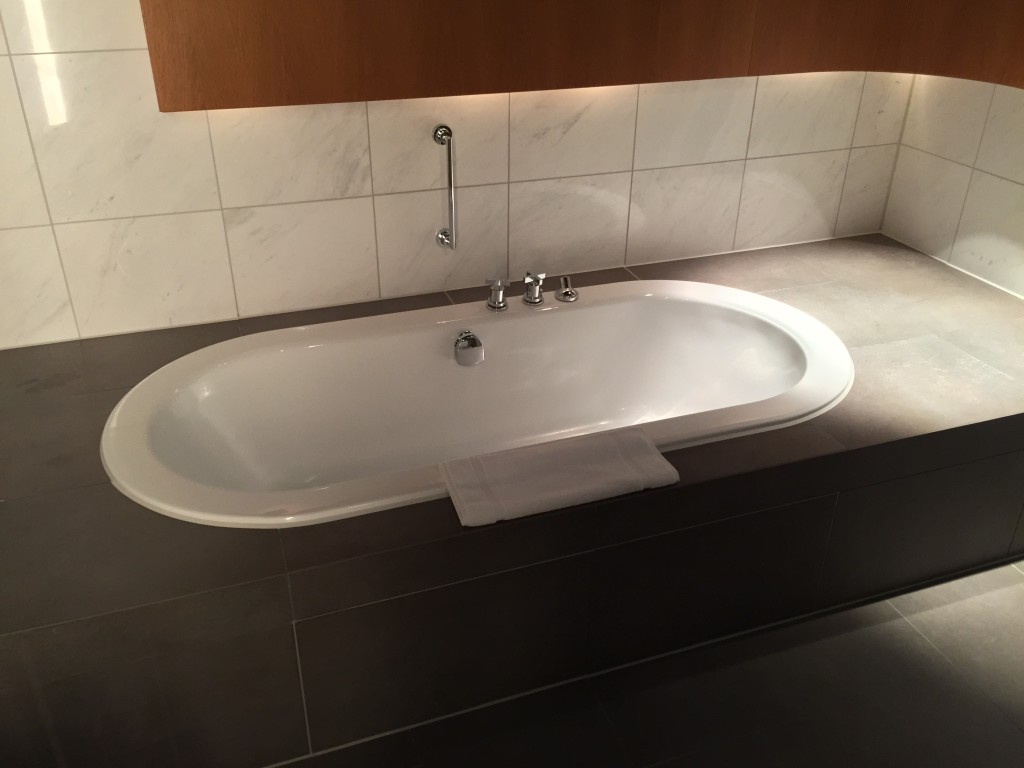 Lufthansa provided a brief escorted landside and airside tour of the First Class Terminal to enable this report.