Boeing’s best-selling widebody 777 is celebrating 20 years of revenue service, and with more than 1,300 delivered into the worldwide fleet it’s a familiar sight at major airports across the globe. I remember peering through the windows of British Airways’ old Terminal 4 in Heathrow during layovers to catch a copy of G-ZZZA, and then specifically choosing the new, roomier aircraft on the transatlantic route.

The 777 is an impressive and flexible airplane, capable of operating efficiently on both short hops and ultra-long-haul flights.

Remarkably, an overwhelming majority of the first 50 aircraft are still in active service, and one of the big questions for industry is exactly how many of the current generation -300ER and -200LR airframes Boeing can sell before the evolutionary 777X starts being delivered in the shape of the 777-8X and 777-9X.

But for travelers, the question is – will the passenger experience (#paxex) on the last pre-777X aircraft off the production line be better or worse than the first 777s ever built? 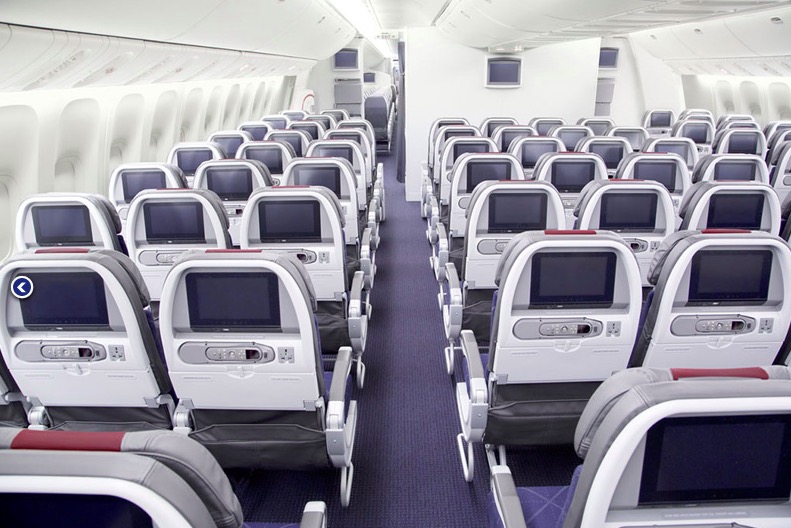 To start with, the 777 pushed operational and cabin boundaries, notably being the first airliner to launch with an ETOPS-180 certification that opened up a whole new set of routes for efficient twinjet opeations. With the evolution of ETOPS (which was just ten years old when the 777 first flew) the second-generation 777-200LR and 777-300ER made routes possible that previously would have been relegated to the ultra-long-haul option of business-only, require a four-engined jet, or necessitate a stop.

In terms of cabin interiors, the 777 also introduced the pivoting overhead bin, now a mainstay of the international fleet and more remarkable when absent than when present. (And that’s now remarkable in the “how on earth is this 22-inch case going to fit in this old bin” way.)

While the 777 brought an end to the “pointy end” of the 747’s classic nose cabin, the rectangular cabin continues to offer an excellent opportunity for 1-2-1 first class, although Cathay Pacific notably decided on an ultra-spacious 1-1-1 layout. The 10.1m stretched fuselage of the 777-300 (and later 777-300ER), however, continues to pose questions for airlines about just how large a forward cabin could and should be, and creates questions of whether a bulkhead wall and curtain are enough to shield the best-paying customers from the potential noise of the rest of the plane. 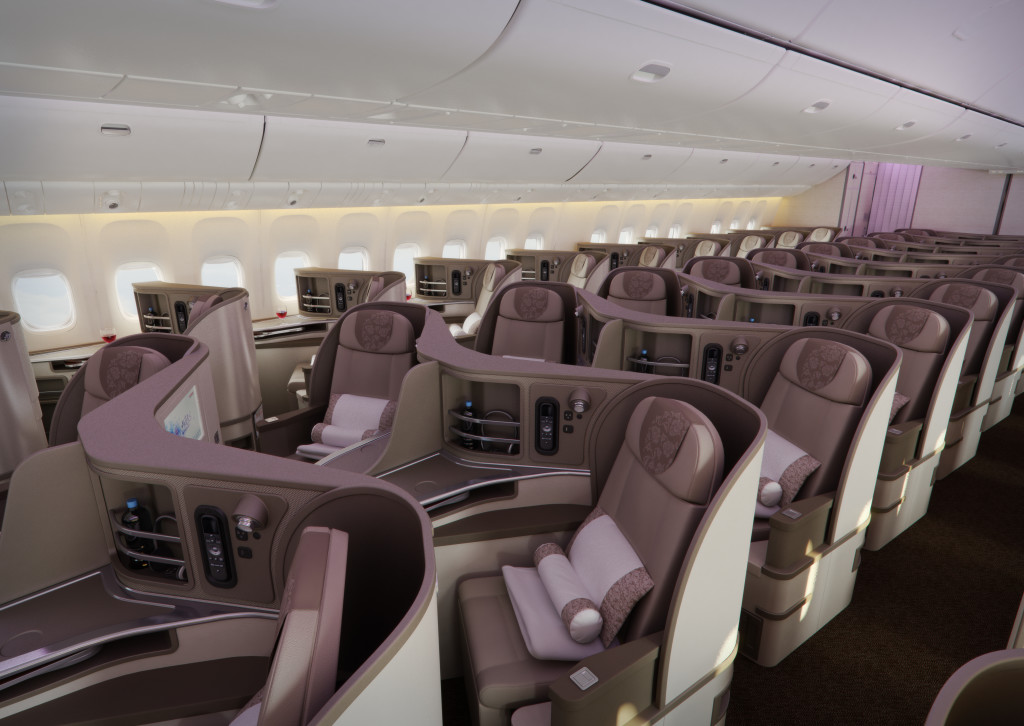 In business, the 777 allowed United and British Airways to go eight-abreast with their flat bed seats, maintaining a constant product offering with their existing significant 747 operations. United now has a new set of decisions to make as it introduces its 777-300ERs. With the dawn of the herringbone business class seat, the 777 allows 1-2-1 layouts in J (unlike, for example, Virgin Atlantic’s A340 fleet, which are 1-1-1) and the length of the 777-300ER enables a particularly quiet ride at the front of the aircraft.

In economy, much as the Boeing 747 was originally produced with a spacious 3-4-2 configuration, the 777 debuted in a nine-across format, although airlines varied in whether they preferred a 2-5-2 layout (generally previous operators of the Douglas DC-10 or McDonnell-Douglas MD-11) or 3-3-3 configuration.

Now, however, most 777s produced are in the ten-abreast 3-4-3 layout first introduced (and then walked back) by British Airways in its London Gatwick-based leisure-focussed subfleet.

BA, ironically enough, is a holdout on nine-abreast, as are Cathay Pacific, Singapore Airlines, JAL (on its long-haul routes), Korean Air, Thai and Delta among major operators.

The high-density ten-abreast layout is as popular with airlines as it is unpopular with passengers, who will have to wait for the 777X generation for Boeing to reveal how it has made the experience less miserable in economy class. Boeing has, however, vowed to ensure that the 777X interior – in 10-abreast configuration – will be more comfortable than the 777-300ER in 10-abreast. 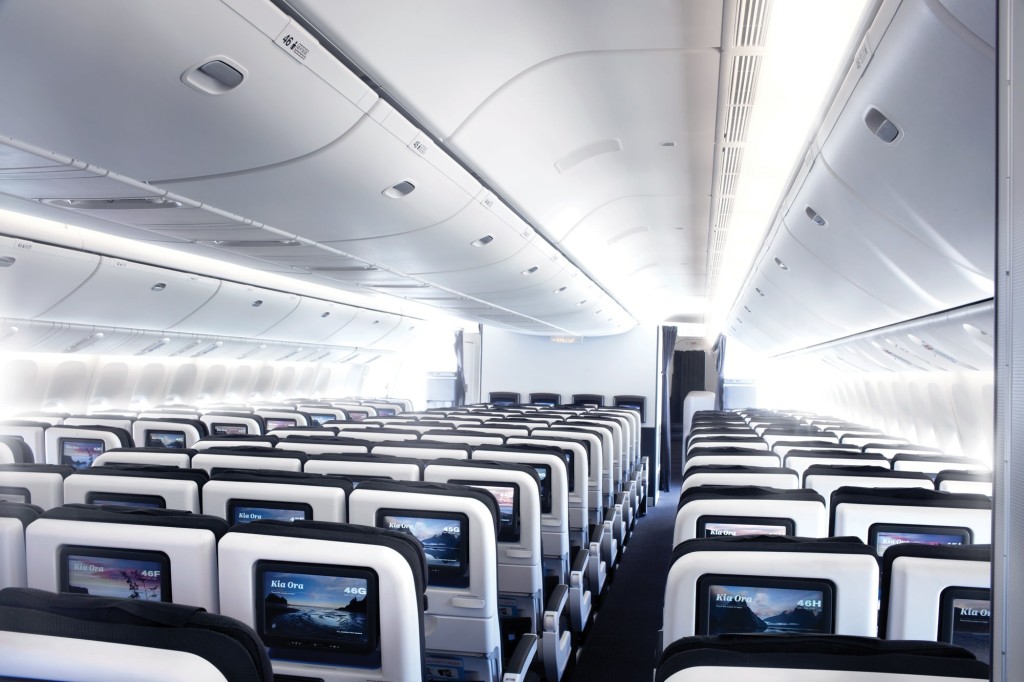 Next year the Boeing 777 is old enough to drink in the US. Hopefully, when its new iteration starts rolling off the line in 2018, you won’t need to hit the booze in order to survive an ultra-long-haul flight in economy.