Over the next three years, passengers travelling between London, Birmingham, Liverpool, Manchester, Glasgow and Edinburgh — and other destination on the UK West Coast Main Line aboard Pendolino trains — will see a nose-to-tail, top-to-bottom refresh with new seats, a new layout, more luggage space, refurbished lavatories, and updated amenities like in-seat power and an updated café bar.

The route, which runs from London’s Euston terminus, is perhaps the UK’s most high-profile rail line, but its speed maxes out at 125mph (201km/h), technically only just a high-speed line in the global context. It is due to be supplemented (and in many ways supplanted) by High Speed 2, with a maximum track speed of 250 mph (400 km/h), by 2029-2033.

Connecting major cities, the privatised operator Avanti West Coast uses primarily Class 390 Pendolino electric multiple unit trains on its trunk routes, with service in either Standard (2-2 seating, either airline style or across tables), First Class (1-2 seating, with inclusive at-seat food and drinks and access to the first class lounges), or the new premium-economy style Standard Premium (also 1-2, but without those inclusions). 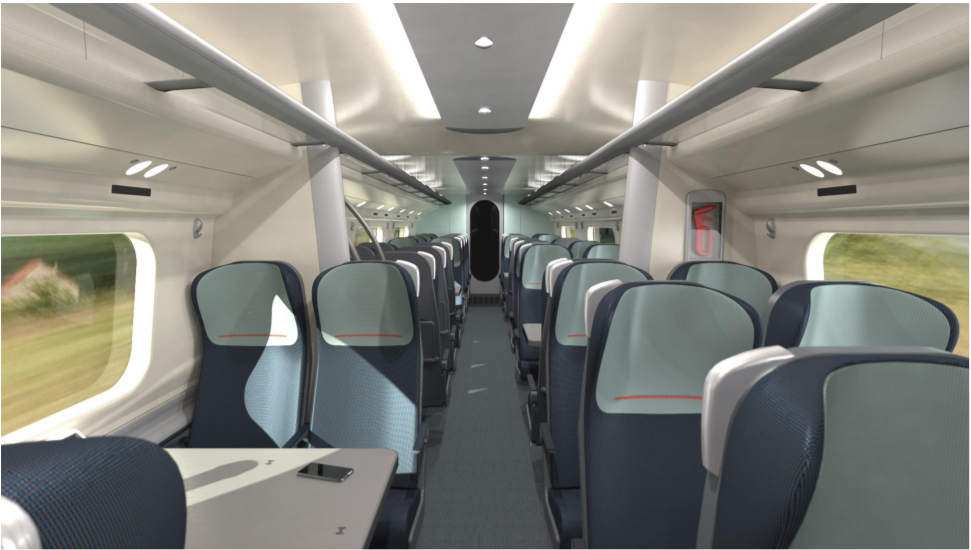 The standard layout is a little lighter overall than the premium ones, but still within the Avanti palette. Image: Avanti West Coast

The 56 UK Pendolinos come in 11-car and 9-car variants, with the additional coaches on the longer trains being standard class to seat a maximum of 444 in Standard and 145 premium seats sold as either Standard Premium or First Class.

On the present version, three full coaches and about a third of driving car K offer premium seating. One of those premium coaches will be converted to standard seating, adding 64 seats to climb from 444 to 508 in that class, with a concomitant reduction in 46 premium seats overall for a total of 99 in the future First and Standard Premium. Across the fleet, Avanti says that over 2000 additional Standard seats will be installed.

These trains are nearly 20 years old and West Coast Main Line rail provider Avanti West Coast is their second operator, with the Pendolinos having been originally delivered in the Virgin Trains livery and interiors, which are at this point quite dated, with Standard in a bright red and First in a bright blue.

The new palette is much more muted and elegant throughout, with the dark turquoise green from the Avanti brand evident in both the premium and standard seats. Altogether, it’s an effective brand statement and an attractive interior.

In First Class and Standard Premium, the seats are wide and square, especially compared with the more rounded Virgin-era seats. They come in a deeper green in the seatbacks and seat pans, with a thick winged headrest that comes in a lighter seafoam sort of green, with a high tinted transparent divider between each of the back-to-back seats. Power outlets seem to be on offer for every passenger at table level. 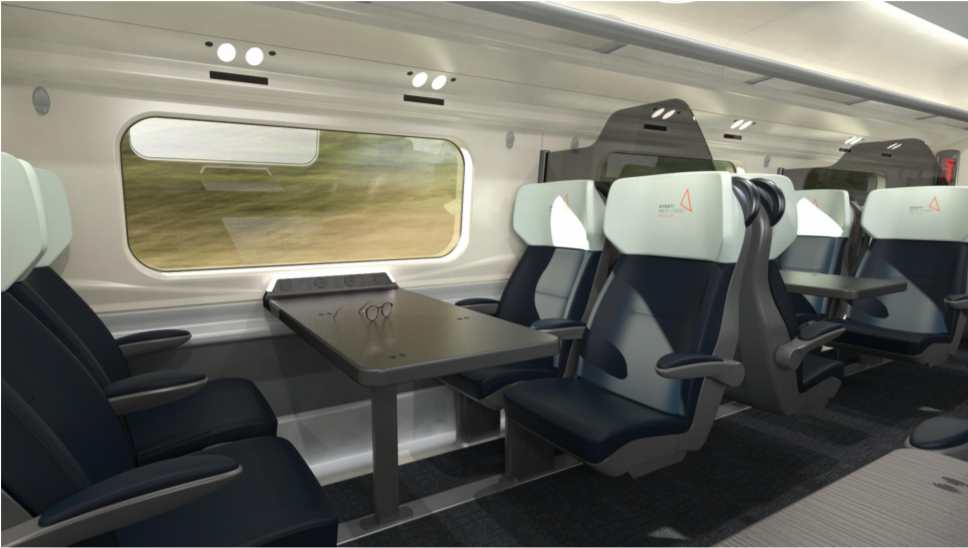 The 1-2 premium seats are separated by a high divider. Image: Avanti West Coast

Between the premium and standard carriages sits the new café, with feature walls in Avanti deep turquoise, a bakery glass cabinet, and a couple of spots for people to stand and drink a coffee (once COVID-19 proximity is not an issue, one assumes). 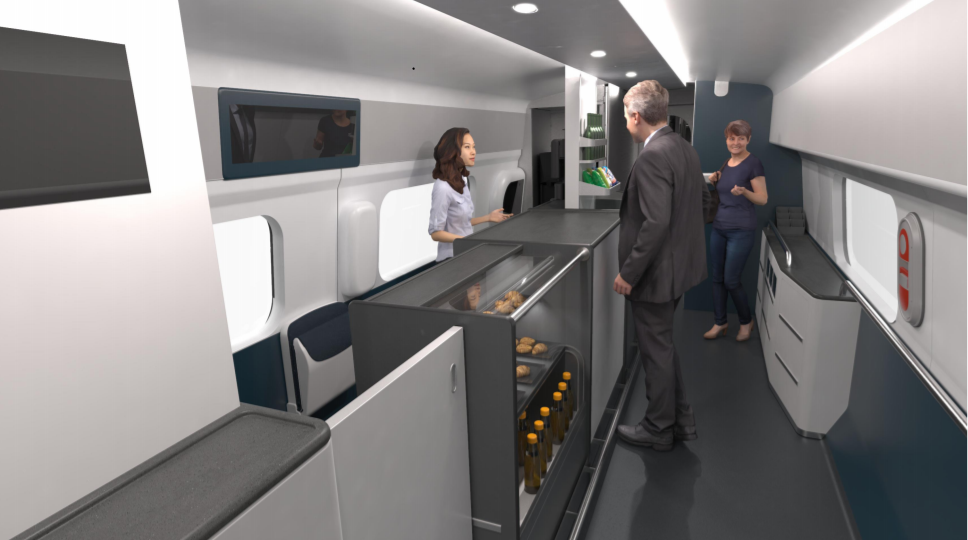 With its glass bakery section, this could almost be a mini rail Starbucks. Image: Avanti West Coast

In Standard, it’s a slightly lighter blue-green on the seatback and seat pan, with a more curved top with a slightly swept forward wing in a seafoam green that’s a bit darker than that found in the premium seating.

All 25,000 standard class seats will be replaced in the upgrade programme, which is planned to run to 2024, during which time the UK will renationalise its national rail network as Great British Railways.

And that’s the rub: this refurb is great when it comes to saying “Avanti” and not “Virgin”. But there are two potential pitfalls.

The first will be avoiding the criticism of the UK’s last long-distance rail #PaxEx development, that of the Hitachi Class 800/801 Intercity Express Programme seats, which have come under fire for being small and hard.

But the second is around branding: the future Great British Railways interior design standards have yet to be created, and indeed the Avanti design will have been conceived before the May 2021 announcement of GBR as part of the Williams-Shapps Plan for Rail.

These seats and carriage interiors do indeed say “Avanti” — but in the interest of futureproofing, should they instead be designed to say “Great British Railways”, whether to start with, or as a relatively easy seat dress and end panel replacement? 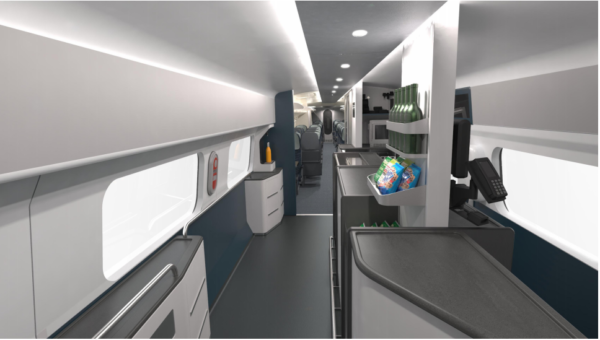