The airline said this marked a further commitment to put sustainability at the heart of its business, from reducing emissions and waste and positively contributing to the communities it serves, to creating a great place for people to work in order to build a resilient, responsible business.

At an event at British Airways’ Heathrow engineering base this morning the airline unveiled a new look for one of its most fuel-efficient short-haul aircraft, an A320neo, which it has painted in its new BA Better World sustainability colours as part of a partnership with aircraft manufacturer Airbus.

After unveiling the new aircraft livery, British Airways announced a collaboration with bp, committing to source sustainable aviation fuel with respect to all its flights between London, Glasgow and Edinburgh during the UK’s COP26 climate change summit being held in Glasgow later this year*. Sustainable aviation fuel (SAF) is blended with traditional jet fuel to comply with aviation fuel certification standards. The SAF sourced for the COP26 period provides a lifecycle carbon reduction of up to 80% compared to traditional jet fuel. ** 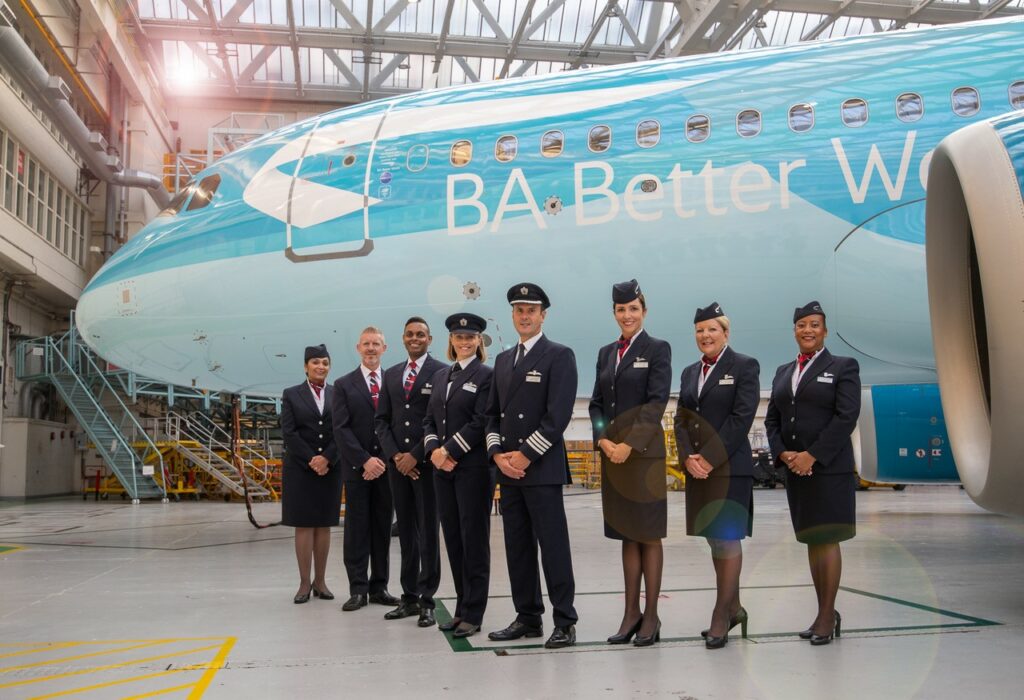 In a UK first, British Airways also announced that from today its customers can purchase sustainable aviation fuel to reduce their carbon footprint via its not-for-profit organisation Pure Leapfrog***. This is in addition to the existing option for customers to offset their emissions.

The collaboration with bp forms part of British Airways’ long-term commitment to the development and use of sustainable aviation fuel. The airline’s parent company, International Airlines Group (IAG), is investing $400m over the next 20 years into the development of SAF, with British Airways forming partnerships with a number of technology and fuel companies to develop SAF plants and purchase the fuel, including with Velocys in the UK and LanzaJet in the US. British Airways, as part of an IAG commitment, recently stated it would power 10 per cent of its fuel needs with SAF by 2030.

Speaking at the event, British Airways CEO and Chairman Sean Doyle said: “With BA Better World we’re on our most important journey yet – to a better, more sustainable future and one which will ensure the long-term success of our business. We’re clear that we have a responsibility to reduce our impact on the planet and have a detailed plan to achieve net zero carbon emissions by 2050, including investing in more fuel-efficient aircraft, improving our operational efficiency and investing in the development of sustainable aviation fuel and zero emissions aircraft.

“It is only through working in partnership with Government and industry that we’ll be able to reach our targets and I’m delighted that, thanks to our new collaboration with bp, we’re able to source enough sustainable aviation fuel with respect to all our flights between London, Glasgow and Edinburgh during COP26, substantially reducing the emissions associated with taking our customers to and from COP26 by up to 80% compared to traditional jet fuel. This commitment for COP26 is in addition to the mandatory carbon trading we already operate in the UK and our own further voluntary carbon offsetting of our UK domestic flights.”

Martin Thomsen, CEO of bp’s aviation division commented: “We’re thrilled to collaborate with British Airways by supplying sustainable aviation fuel with respect to all of its flights from London to Glasgow and Edinburgh for the COP26 event.  Our companies have a long-standing relationship and will continue to work together on sustainable aviation fuel supply initiatives on an on-going basis.

“At bp we want to help decarbonize the aviation industry and we will continue to collaborate with industry stakeholders and governments to explore viable options to help scale up sustainable aviation fuel more broadly.”

Many of the flights between London, Glasgow and Edinburgh during COP26 will be operated by the airline’s new BA Better World aircraft, an Airbus A320neo.

Julie Kitcher, Executive Vice President Corporate Affairs and Communications at Airbus, and a member of the UK Government’s Jet Zero Council said: “We’re delighted to be partnering with BA on this journey and feel proud BA has chosen one of our A320neos to highlight the importance of sustainability for the future of the industry.

“The aircraft has 20% less fuel burn & CO2 emissions compared to A320ceo and 50% less noise so it’s a great choice and I am looking forward to seeing the new livery in the sky. BA is committed to a sustainable future and contributing positively to climate change mitigation and adaptation. We will achieve the ambition of a net zero carbon emissions industry by 2050 through cooperation and collaboration and this initiative is a clear example of that.” 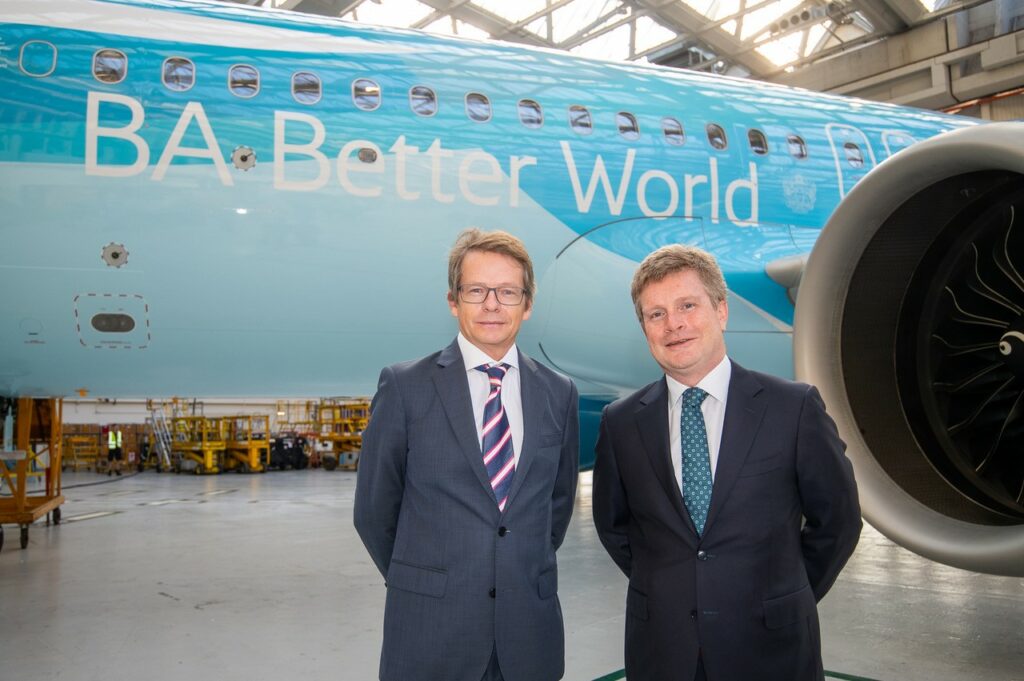 At today’s event the airline showcased some of the initiatives it has introduced to improve sustainability in the air and on the ground, including switching from diesel to renewably powered electric pushback vehicles and removing weight from its aircraft by introducing lighter seats and trollies, inflight magazines and paper flight manuals. It also outlined its efforts to remove single-use plastic and source more products made from recycled materials, including its First Class duvet and World Traveller Plus amenity kits.

The airline’s new sustainability strategy is not simply focused on the planet, with two further priorities concentrated on its people and driving responsible business. Today the carrier also announced a new BA Better World Community Fund to further the positive work it does within the UK and global communities it flies to and pledged to take positive action in many other areas of its business.

*British Airways has purchased SAF with respect to all its flights between London City, Gatwick and Heathrow airports and Glasgow and Edinburgh. The fuel will be mixed with traditional jet fuel and blended to meet requisite certification requirements. In the case of the fuel bought for COP26 flights, British Airways has sourced the equivalent amount of SAF to attribute 100% of it for such flights

***Customers can now reduce their carbon footprint by purchasing a combination of the benefit of sustainable aviation fuel and carbon reduction projects to reduce their impact on the environment.