Champagne: it’s the tipple of choice for many passengers — whether up front in business and first classes worldwide, or even in economy on Air France — and airlines are the world’s largest buyers of this wine, which (unless you’re in Russia) can only be called Champagne if it comes from the wine region within the historical French province of the same name.

It’s that terroir that makes Champagne Champagne, with the mixture of topography, soils and climate that give a particular taste to the wine. On the ground side, it’s a particular kind of chalk in particular, known on the northern side of the Channel as Newhaven Chalk, found in a few areas in southern England, which is very similar in a number of key geological ways to that found in Champagne.

One of those areas is at Hambledon, the Hampshire vineyard a few miles north of the Channel near Portsmouth, where Virgin Atlantic’s Upper Class English sparkling wine is made.

The chalk — exposed during a building project — matches that of Champagne. Image: John Walton

On a wet English summer day — a few weeks before the present extreme heatwave, on which more later — I stopped by for a cloud-dodging tour of the vineyard and to talk about Hambledon’s past, and indeed its future, with winemaker Tobias Tullberg.

Hambledon’s Classic Cuvée went permanent on the Virgin Atlantic wine list in 2019, just before the pandemic turned everything upside down. It retails for £30, about the same price as a decent bottle of Champagne from the likes of Lanson or Taittinger, or what I’d call a category 2 kind of Champagne.

What sets Hambledon apart on the palate is an acidity that surprises in the mouth. The winemakers’ official tasting notes call this “precise, structured yet ripe acidity”, and indeed it’s fascinating to feel the acidity working on the mouth. It isn’t sharp or sour, but refreshing. It cleans off the palate and engenders nothing quite so much as a sort of moreishness for a snack or a small plate of something savoury. If that sounds perfect as an onboard apéritif, you’re reading my mind.

Tullberg is proud of the acidity, pointing to the malolactic fermentation that softens the sharper edges, and to the 35 months that the Classic Cuvée spends maturing on the lees, that’s more than quite a lot of non-vintage Champagnes.

The acidity comes from the fruit, which in the cooler English climate do not develop quite as much as their French counterparts a few hundred kilometres to the south.

From the bottle, it looks very much the part. It has the classically shaped bottle with the dark blue foil. It has the crest that includes the cricket stumps — the village of Hambledon being the “cradle of cricket”, after all. It has the billboard branding, in a bold typeface that looks like the classic Modula. And it has the pop of the cork and the fizz of the bubbly mousse that usually says “Champagne”. 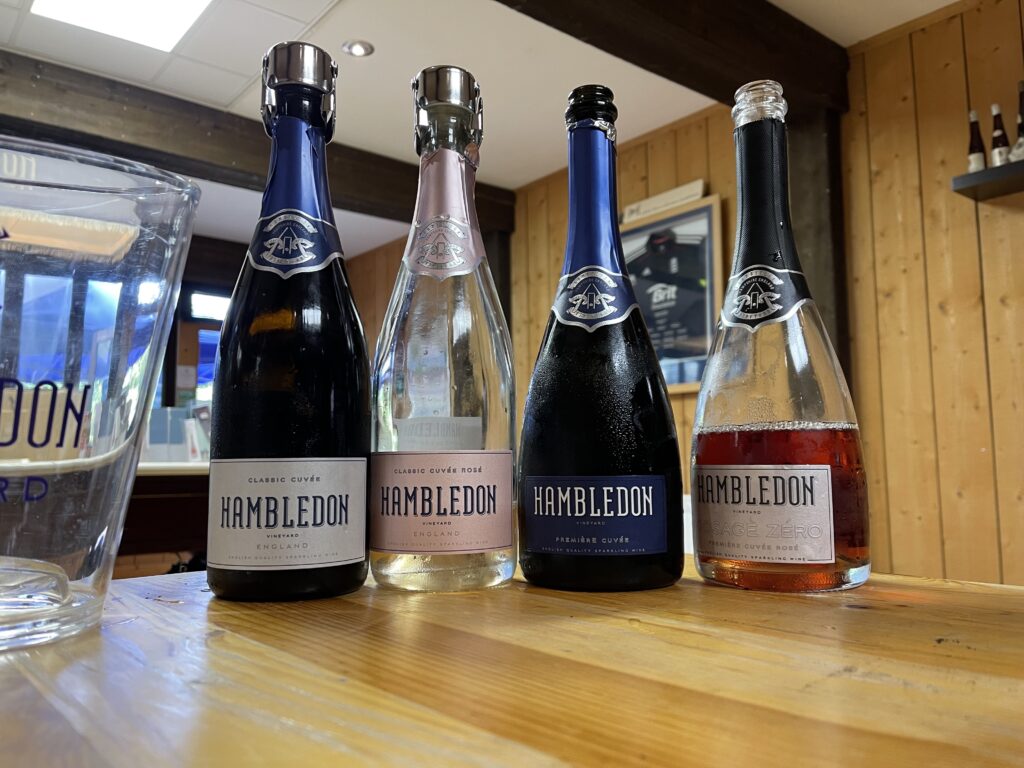 And it’s there that Hambledon is asking a key question: is this good enough to fully replace the French stuff on airlines around the world (versus simply British carriers with a strong sense of brand equity)?

On the day of the visit to Hambledon, with its two slopes of vines, your author probably would have said ‘no’, but only just: the acidity would surprise too many palates. But to be served alongside Champagne, for those who like to try something unusual, something showcased from an airline’s home country? Absolutely.

And, a couple of weeks later, in the middle of a heatwave where the southern UK has been warmer than the south of France, my answer about replacing Champagne has to change, from a ’no’ to a ‘not yet’.

Today, Hambledon can make a wine that certainly has many of the hallmarks of Champagne. In future years, the cooler climate that now presents as its striking acidity will, as a result of climate change, move towards a more rounded Champagne-like taste. This will combine interestingly with the work that Tullberg and the other winemakers are doing to create a reserve to amplify the depth and breadth on the palate, and to buffer good years against bad.

Indeed, warmer growing periods in southern England isn’t a “climate change is good” story, because our shared future will be one of extremes: during our visit the entire crop was in doubt because of unseasonably cold, wet weather, which has now been followed by baking heat. Even more than ever before, the skill of the growers and winemakers will be required to adapt to it. 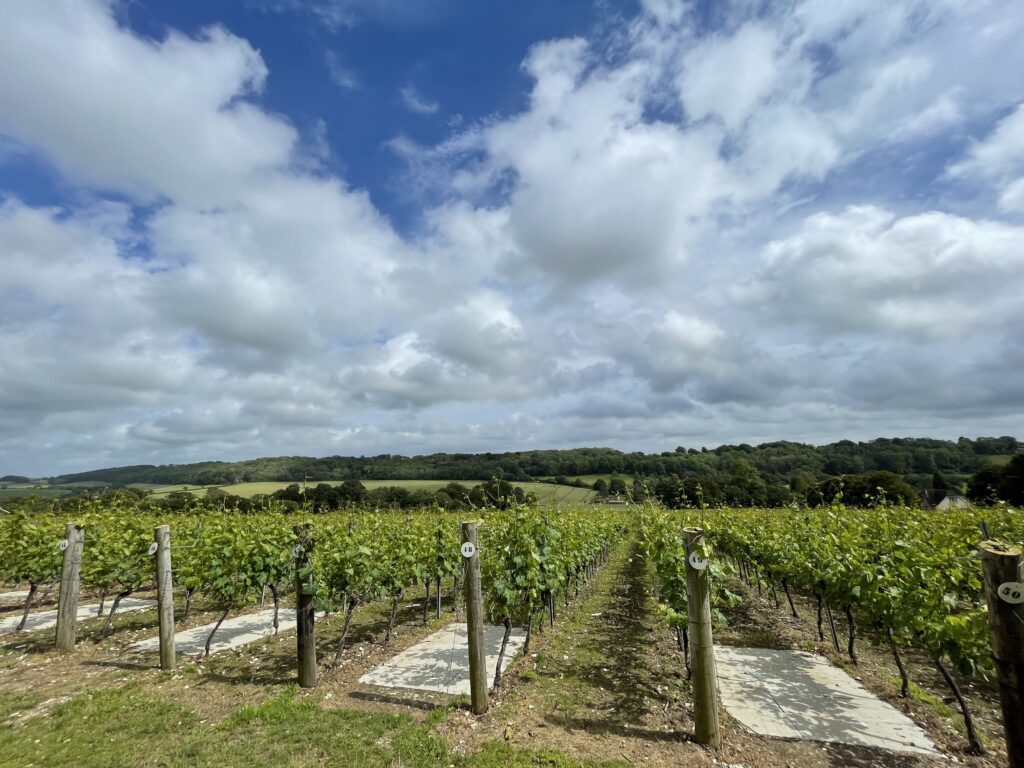