The only thing constant is change and at United Airlines, some of the fees associated with changes related to flying are gone for good.

The carrier announced today that it is permanently getting rid of change fees on all standard Economy and Premium cabin tickets for travel within the U.S., effective immediately. And starting on January 1, 2021, any United customer can fly standby for free on a flight departing the day of their travel regardless of the type of ticket or class of service, a first among U.S. carriers, while MileagePlus Premier members can confirm a seat on a different flight on the same day with the same departure and arrival cities as their original ticket if a seat in the same ticket fare class is available.

United is also extending its waiver for new tickets issued through December 31, 2020, to permit unlimited changes with no fee. This policy applies to all ticket types issued after March 3, 2020 and is valid for domestic and international travel. With these improvements, no U.S. airline gives their customers more flexibility when booking – and changing – their travel plans than United Airlines.

“Change is inevitable these days – but it’s how we respond to it that matters most. When we hear from customers about where we can improve, getting rid of this fee is often the top request,” said Scott Kirby, CEO of United Airlines, in a video message to customers.

“Following previous tough times, airlines made difficult decisions to survive, sometimes at the expense of customer service. United Airlines won’t be following that same playbook as we come out of this crisis. Instead, we’re taking a completely different approach – and looking at new ways to serve our customers better.”

The new change fee policy applies to all standard Economy and Premium cabin tickets for travel within the U.S. 50 states, Puerto Rico and the U.S. Virgin Islands and customers will not be limited in the number of times they adjust their flights.

Additionally, United is giving customers more flexibility to change their flights on the day of their travel so they can head home if a meeting ends earlier or enjoy a few more hours on vacation. With the ability to list for same-day standby for free, customers will now have an option to take a different flight with the same origin and destination airports as their original itinerary if space is available at departure. This enhanced option will be available to all customers for travel within the U.S. and to and from international destinations beginning on January 1, 2021. Customers who want to switch flights will be able to add themselves to the standby list through United’s award- winning mobile app, on united.com or at the airport no later than 30 minutes prior to departure for domestic flights and one hour before departure on international flights.

The carrier is also improving the travel experience for its MileagePlus members including waiving all redeposit fees on award travel for flights changed or cancelled more than 30 days before departure and allowing all MileagePlus Premier members to confirm a different flight on the day of their travel.

As a way to thank MileagePlus Premier members for their loyalty, beginning January 1, 2021, all Premier members will be able to confirm a seat for free on a different flight with the same departure and arrival cities as their original ticket. This expanded option will allow MileagePlus Silver members and above to confirm a new seat in the same ticket fare class if space is available. Earlier this year, United announced that it will extend status for MileagePlus Premier and Global Services members through January 2022. United also reduced thresholds for Premier qualification by 50 percent for each status level, to make reaching an even higher status tier easier. 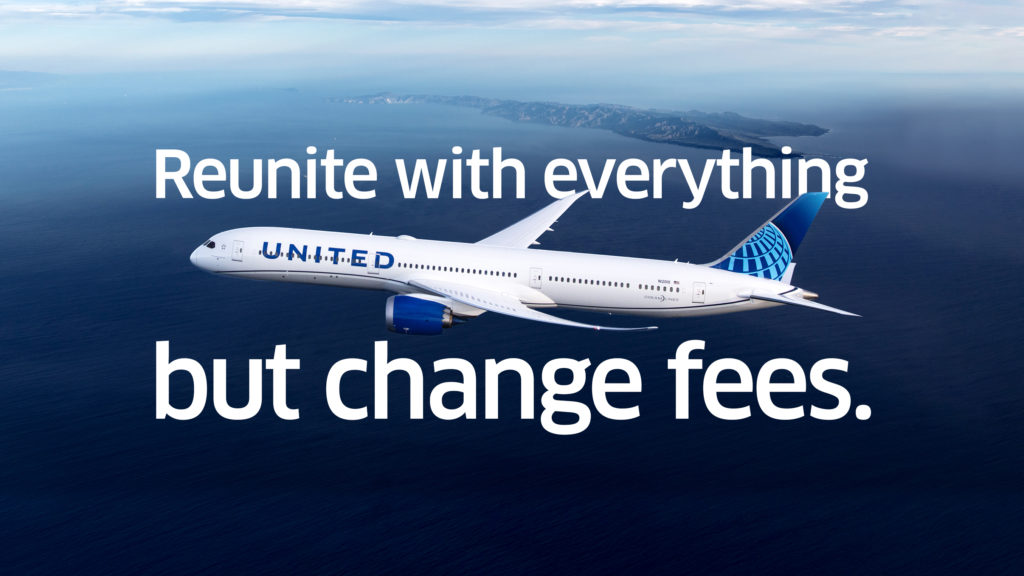 In addition to these more flexible options, earlier this year, United Airlines began to roll out United CleanPlus: the company’s commitment to putting health and safety at the forefront of the entire customer experience, with the goal of delivering an industry-leading standard of cleanliness. United partnered with Clorox and Cleveland Clinic to help guide its United CleanPlus policies and practices. Several of the airline’s precautionary measures to further ensure a cleaner environment include: