Designing a signature beverage is a complicated endeavor for an airline, especially when it comes to getting the balance right between something that tells passengers from their home country that they’re home the moment they take their first sip and something that’s more widely palatable.

That’s especially true when it comes to non-alcoholic beverages, which is perhaps the area in which airlines are the least differentiated around the world. Sure, wine-growing countries feature their own local drops, and beer-brewing nations display their products with pride, but the globalization of the drinks market means that surprising options like Malta’s Kinnie — available on Air Malta — are much less frequently seen than the same options of orange/apple/tomato juice and the usual range of fizzy drinks.

Cue Japan Airlines, privatized in the late 1980s and searching for a way to differentiate its passenger experience, and its vibrantly neon yellow-green Sky Time drink. Released in 1992 in a country where a vending machine for an ice cold (or, in winter, toasty warm) drink can be found on practically every urban corner, Sky Time was added to the more usual option of non-alcoholic beverages on board.

Japan Airlines put Runway Girl Network in touch with one of its staff members who was involved in the creation of the drink. (JAL provided translations, and the staffer was not named as they have since retired.) 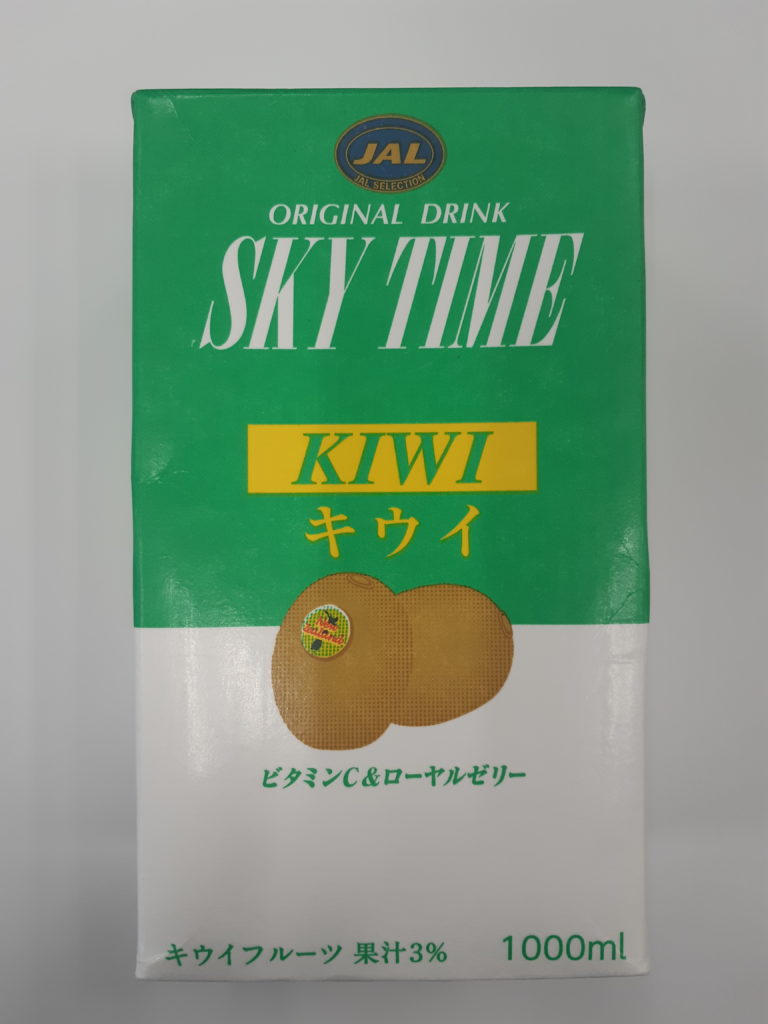 “After the privatization of Japan Airlines, the company took on the challenge to create innovative products for the international and domestic market. As one of the marketing initiatives, the Inflight Service Planning Department brought up the idea to create a product that could potentially help refresh our valued customers during a flight,” the retired JAL staffer explains.

Continued the retired employee: “At the time, competitors offered the same type of drinks — soft drinks, alcohol, et cetera — so the JAL team initiated a project to create an exclusive drink to differentiate themselves from other carriers. JAL also wanted to provide more choices to enhance the inflight meal experience and promote hydration methods during longer flights.”

There’s something uniquely refreshing about the still drink, not least its kiwi taste — despite the fact that there’s just three percent kiwi juice in it. JAL’s staffer highlighted that the lack of kiwi products on the market and the unusual taste were both key factors in the decision to make kiwi the original flavor. 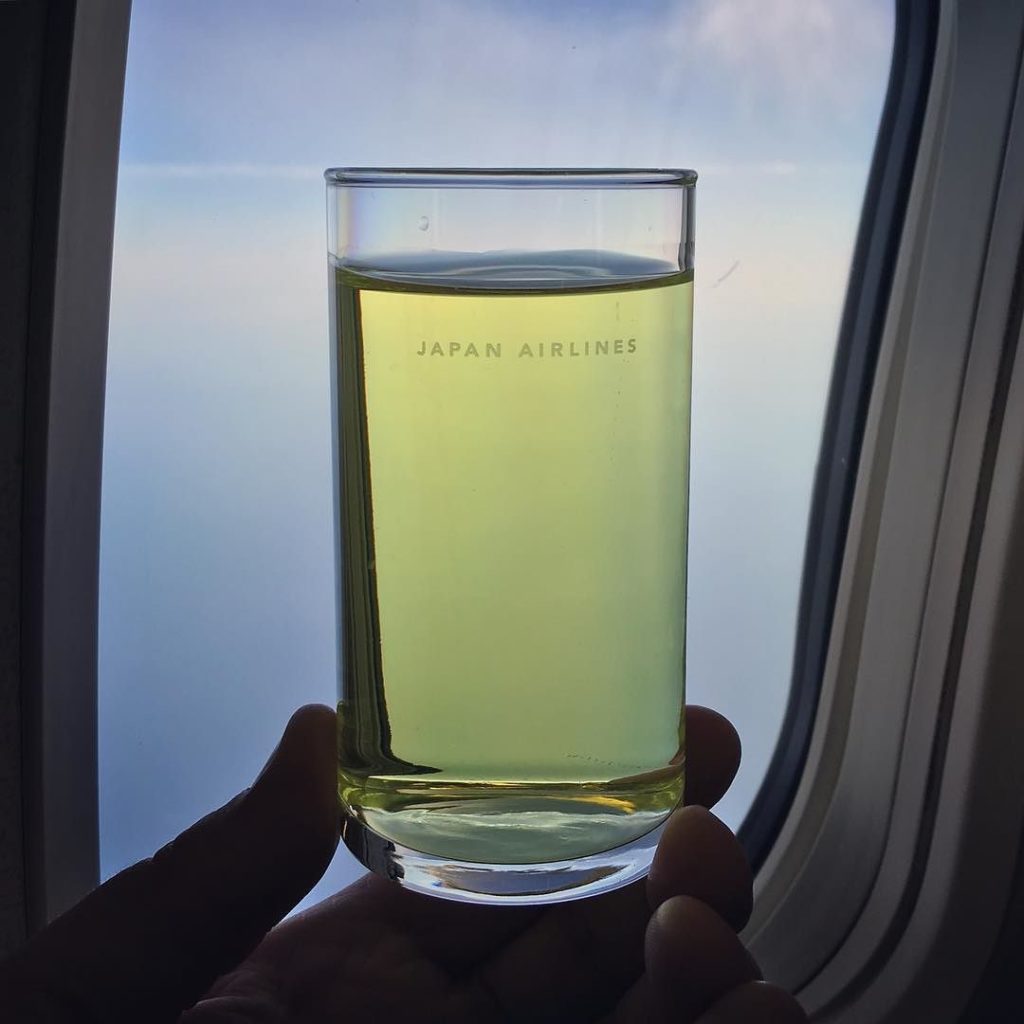 Kiwi-flavored, very light and refreshing, Sky Time is one of my personal picks when on JAL. Image: John Walton

From 1992-2004, that original kiwi flavor was on offer, at which point the flavor switched to Japanese citrus favorite yuzu until 2011, when JAL started shaking things up a bit. A shikuwasa (Okinawa lime) option was offered until 2013, at which point a sparkling version of the same flavor was introduced, replaced in 2014 by a second generation version of the classic kiwi.

Sky Time is popular among both children and adults, and in all classes of service, JAL says. Indeed, whenever flying JAL, whether down the back or in domestic Class J, business or first class, it’s not hard to spot the brightly colored Sky Time in paper cups or fine glassware alongside the very best wines and spirits. 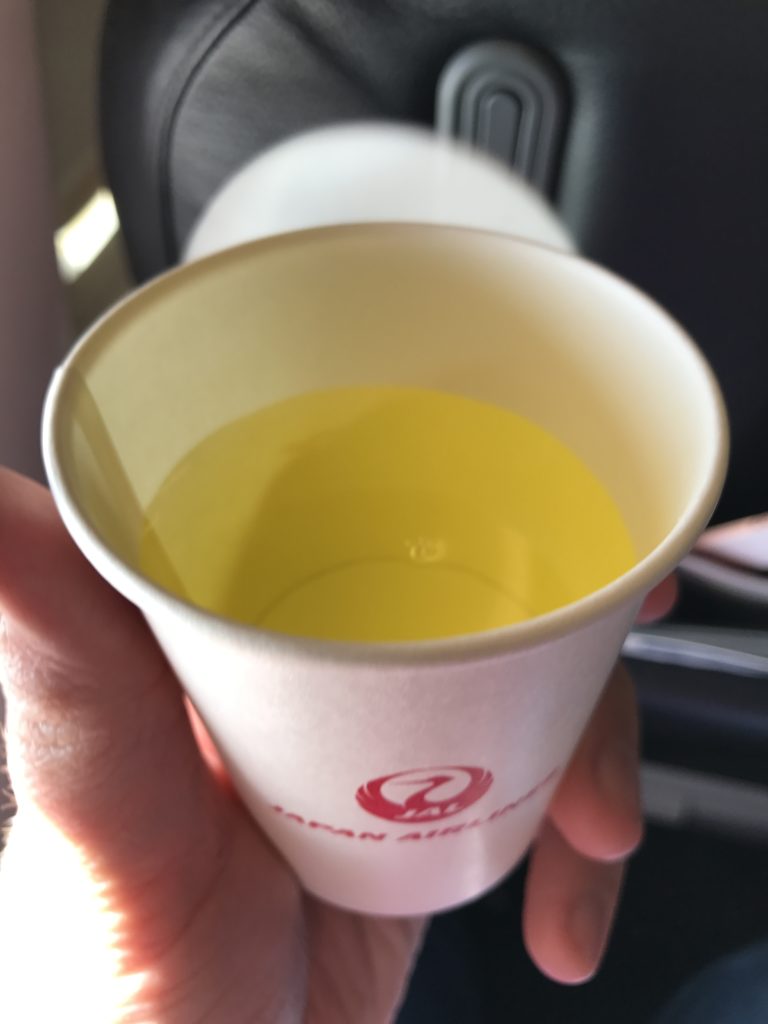 And that’s the crux:  there’s something about the JAL-exclusivity of Sky Time (which your author has found only once in Japan, in a 7-11 in the northern city of Aomori, of all places) that keeps passengers coming back again and again.

With more and more airlines looking to supplement their onboard offerings and to offer an attractive beverage on the low-alcohol and alcohol-free lists, is the Sky Time model one that can bring benefits elsewhere?

SmartSky launch schedule creeps to the right due to radio head