With its rollout of Viasat-provided Ka-band inflight Internet operating over much of Europe via the Eutelsat KA-SAT satellite, Finnair is in listening, learning and planning mode for its next steps for inflight connectivity. Runway Girl Network sat down with Tiina Suvanto from Finnair’s inflight connectivity team for an extensive interview on what the airline has learned in the months since it started its remarkably swift rollout.

Getting down to the nitty-gritty, since July “right now we have 24 aircraft connected, out of a fleet of 37. We’re planning to have the entire Airbus fleet connected summer 2019. We have all three types of Airbuses [connected]: the A319, A320 and A321, all of those certifications,” Suvanto said. As for the remaining Embraer and ATR 72 fleets, both operated by regional carrier Norra, “it’s something we can’t comment on at the moment.”

But there are coverage gaps in the network. Big magenta not-spots cover a surprising amount of the map: the North Sea, the Norwegian sea, the Bay of Biscay, the space between Iberia and the Canaries, much of the Baltics, Belarus, and neighbouring Russia.

Suvanto spoke about the reasons behind the gaps. Above the North Sea, “it’s because the satellite that is providing the connectivity, Eutelsat, is originally designed for residential use.” Elsewhere – including over Russia – it’s regulatory permissions, which Finnair tiptoed carefully around in discussions.

To Finnair’s credit, the complimentary access provided to business class passengers and frequent flyers is extended if the aircraft enters a no-coverage area

A mixture of coverage gaps and regulatory restrictions mean that there are blackspots in the network. Image: John Walton

As to whether additional capacity could be brought to bear in the interim before a permanent solution is found — on which she noted that “there is one, but I’m not able to communicate that” — Suvanto declined to discuss details. Director of media relations Päivyt Tallqvist, also present in the meeting, noted that, “It’s not really for us to communicate, because it’s with the system provider. As you know, the system has been designed to work in highly populated areas, and the North Sea is not.”

RGN asked Viasat if there is an interim solution to the coverage gaps before its near global ViaSat-3 constellation comes on line. The company did not provide comment.

Finnair uses the same home-grown Nordic Sky portal branding it has been using on its Panasonic Avionics Ku-band connectivity system aboard its widebody aircraft.

So, have passengers used to the Panasonic Ku connectivity on the airline’s Airbus A350s, for example seen a difference between the two services? “People are noticing. We see that both from the feedback we gathered from the test period and from public social media tweets and mentions,” Suvanto said, explaining that much of the feedback was around surprise and delight that streaming was an option on the Viasat-fitted Airbus A320s.

During the initial installation period over the Finnish summer, “it was really interesting to see when we had the complimentary test period, when we invited our customers to test with us and we had quite a lot of customers to test the service,” in the peak travel time beginning in July, Suvanto said. “We got a lot of feedback and we monitored customer behavior. We learned a lot and we’re excited to learn even more.”

What was shocking? “How much YouTube there was! Maybe it’s a generational thing, but you could clearly see a certain age trend,” towards teenage customers, Suvanto noted.

With the Viasat service only moving to paid after the end of the summer holidays, the data are not yet in to determine whether just how sustained or price-elastic this demand is.

Pricing is per-flight and fairly reasonable. The time-limited complimentary offering is paused if the aircraft isn’t connected to the satellite. Everyone else pays between €4.95 and €6.95 for non-streaming quality, and €9.95-12.95 for streaming. Image: John Walton

It will also be interesting to see whether there is a role for the portal to set expectations around capabilities of the different systems.

Presently, Suvanto noted, Nordic Sky is “a very similar experience to what we have on longhaul: from the customer experience it’s the same portal. The connection is different, and there is a slight variation in digital newspapers and magazines, but it’s basically the same experience. We’re bringing that portal experience to shorthaul as well.”

“The starting point has been that we have this one quite unified Nordic Sky portal experience. We have seen that as a very important part of our offering and our experience on board. Of course the connectivity, the connection is part of that, and yes it’s different — the other one is also improving as we go forward,” Suvanto noted, highlighting the advances in speed and user experience made by Panasonic.

But the portal itself, including its non-connected or batch-downloaded content like digital reading material, may prove a key area for innovation. “Both the Nordic Sky Portal and the IFE system are of course a great opportunity to bring Finnair-branded content,” Suvanto said.

Fleetwide rollout will bring the opportunity to repackage wifi, potentially including whole-trip connectivity, and Finnair is looking at the opportunity of adding it as a seat + meal + wifi bundle option. “There’s some development we have been doing on our own side, for example the packages, and that kind of implementation is on our side,” Suvanto said. 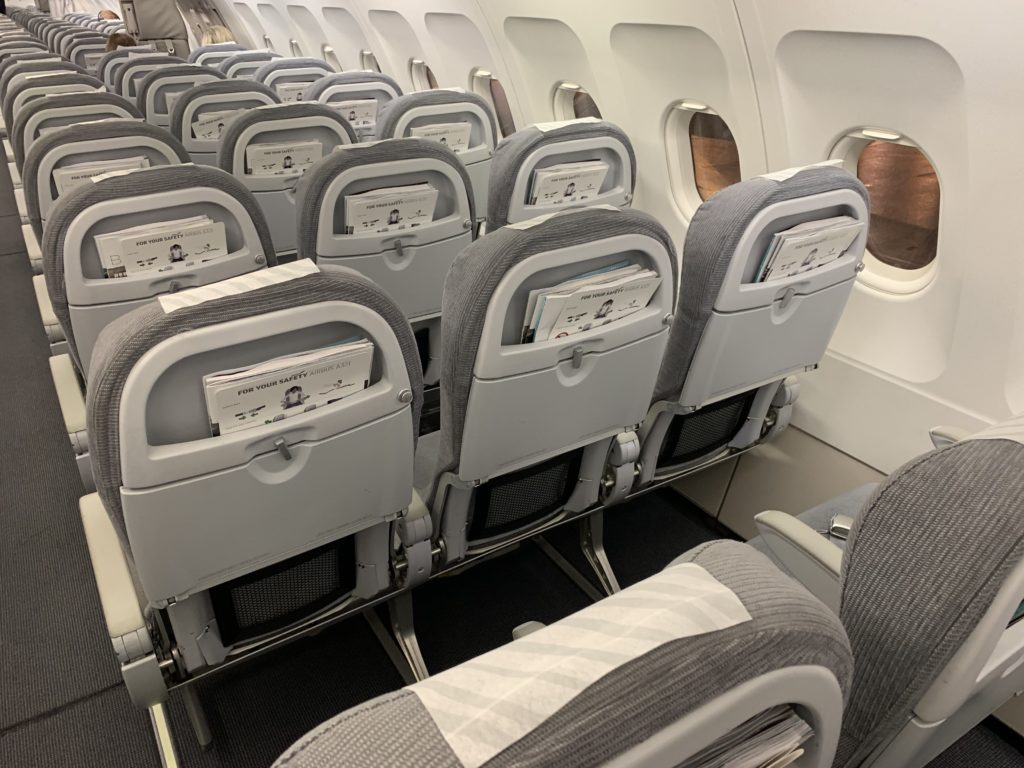 Sabre’s head of NDC on STEM, #MeToo and the value of sticky notes