What if an overhead bin contained sensors that can detect early signs of a lithium battery fire in a passenger’s personal electronic device? Research used by Astronics shows there is a detectable level of outgassing from devices that can catch fire, including in particular the lithium-ion batteries that are the ongoing subject of much concern, several minutes in advance of failure. And the company is now offering that as part of its Intelligent Bin Solution package.

“Our Smart Aircraft bin sensors can detect Volatile Organic Compounds (such as CO) and our research has shown that Li-ion batteries typically emit these types of chemicals during the outgassing stage prior to a battery fire,” Jon Neal, president of Astronics Ballard Technology, explains to Runway Girl Network. “After detecting abnormal levels of these chemicals, a warning message can be sent to the flight crew to inform them of a potential issue.”

Installing sensors in the overhead bin enables cabin and flight deck crew members to be alerted well before a device starts to smoke or catch fire. That adds valuable minutes to the time those crew members have to detect the item in what is likely to be a heavily packed overhead bin, and indeed allows for a more calmer and considered response than what might well be a panicked passenger shouting “Fire!” in the middle of a crowded cabin.

The ability for crew to assemble their firefighting equipment and proceed to the relevant location without alarmed passengers trying to swim upstream itself is a positive development.

More widely, Astronics’ addition marks a new tack in the smart bins race. Previously, the offering on bin sensors has been around managing overhead bin space, but takeup has been muted on balance. Astronics’ product line around bins also include passenger experience and cabin management improvements — will the safety element be the game-changer? 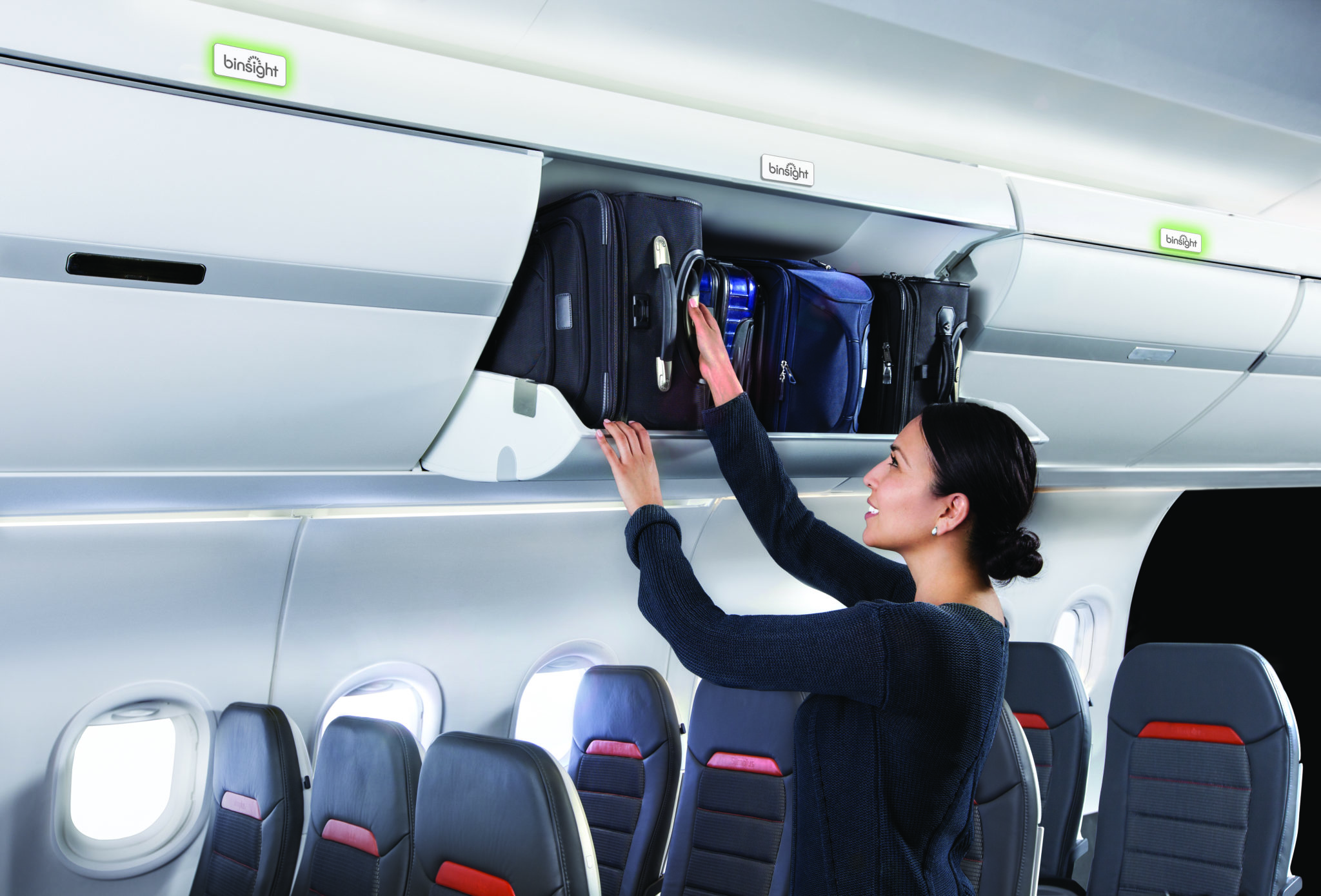 One mustn’t discount the advances made on the cabin management side either. Astronics is demonstrating a remarkably sensitive system to detect the size and placement of items in the bins, including showing items’ size, all the way down to a notebook or tablet.

This option comes with multiple benefits, alongside seat occupancy sensors that show how many people have taken their seats already. Benefits at the time of boarding are particularly attractive: crew can see at a glance as bins fill up, and how much, enabling them to find other places for the bags, divert later-boarding passengers to gate-checking, or a combination of options. 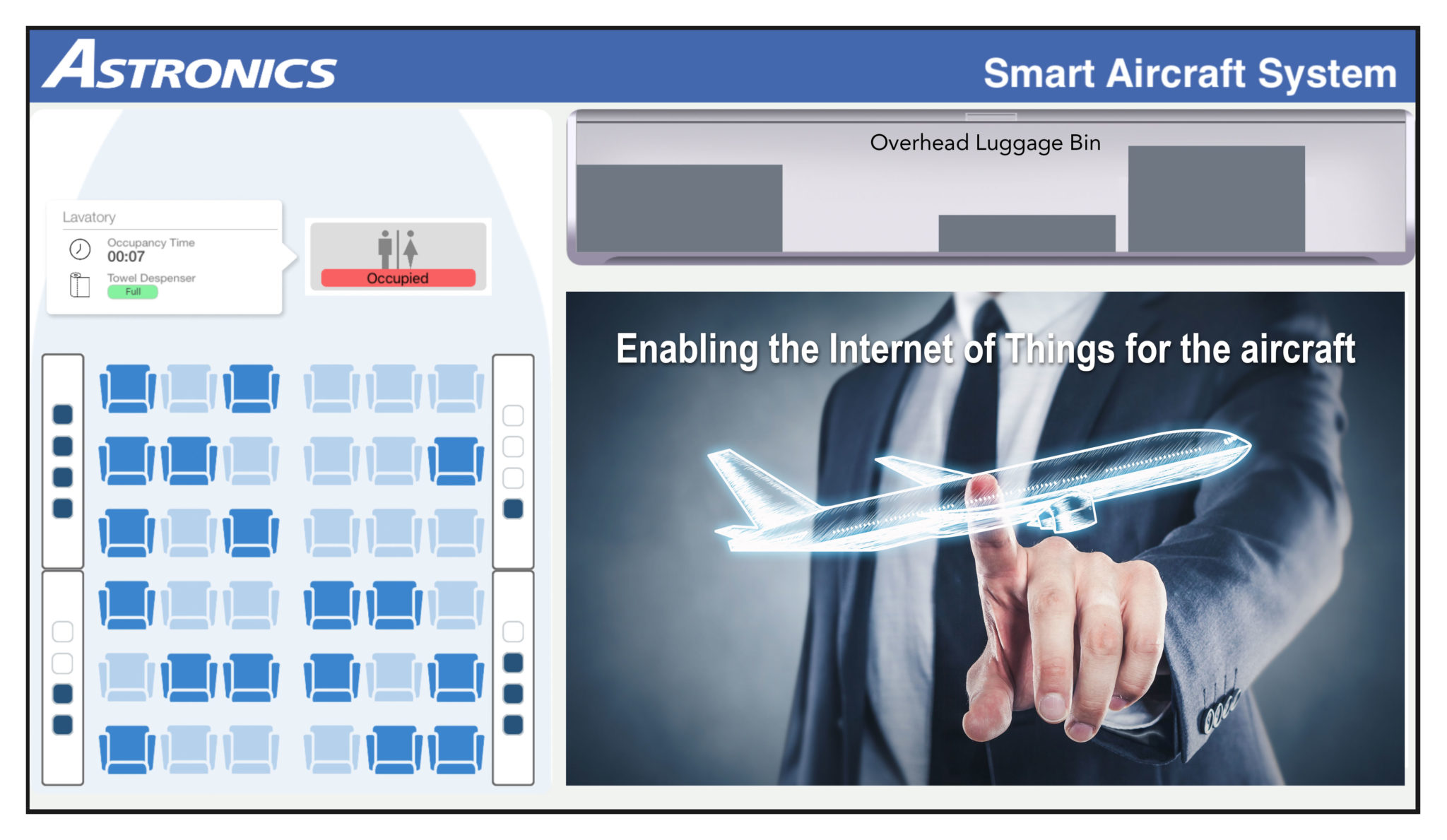 Astronics is in a notable market position in that it can offer a variety of sensors and software as a package approach, combining the cost/benefit ratios of each separate improvement within its Intelligent Bin Solution, a moniker that does not perhaps translate quite as well into an acronym as might be desirable.

It seems likely that, as the advance of the Internet of Things proceeds to gain speed into the connected commercial aircraft cabin, this sort of packaging work will be important: airlines will not want to install multiple different sensors from multiple different vendors for multiple different purposes, and operational staffers from crew to maintenance to operations need to be educated and trained, at the very least. 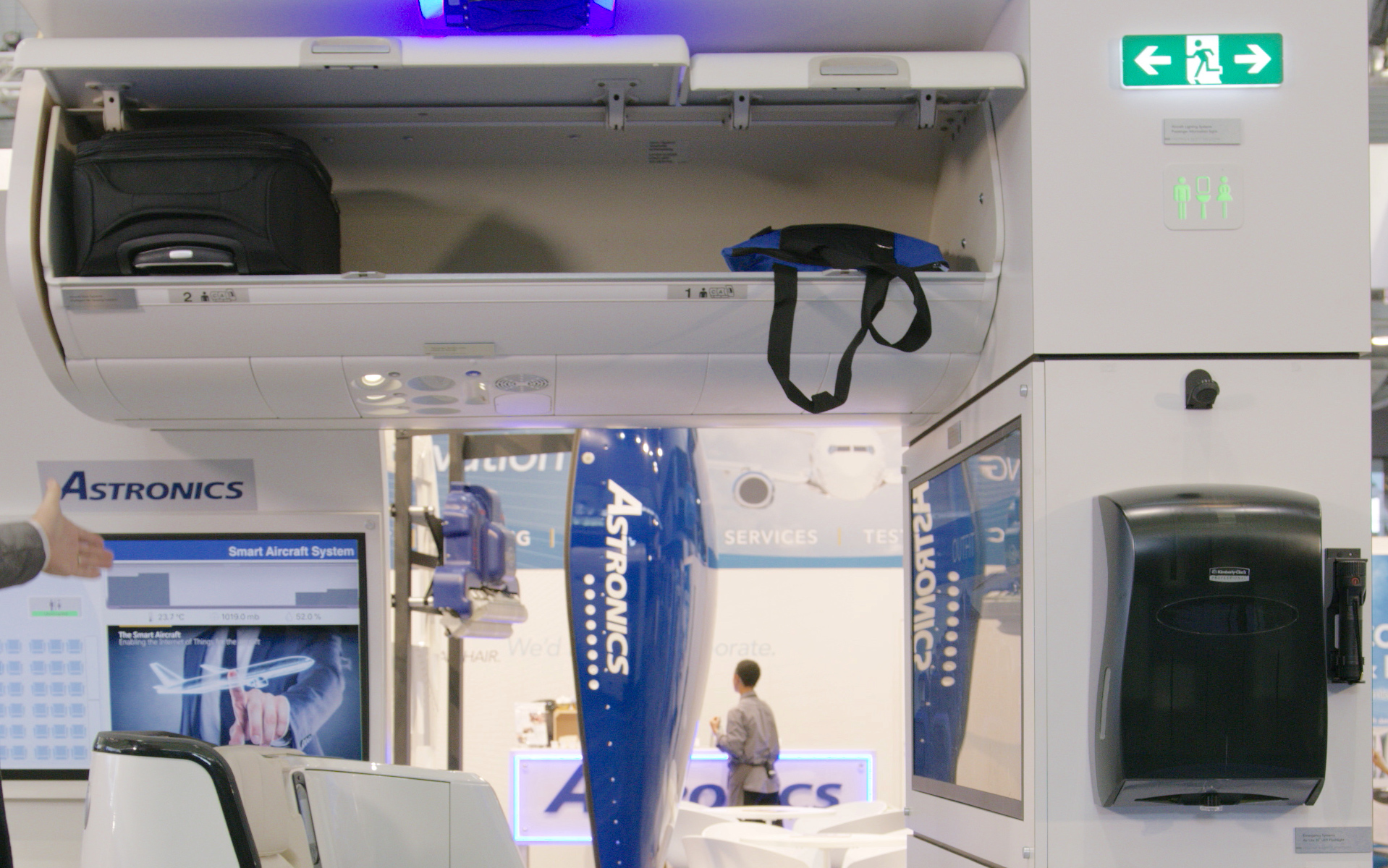 Indeed it will be important to watch the way the market reacts to what may well be a kind of fragmentation. With lessors already stating that the fragmentation of supply of various aspects of the passenger experience is undesirable, and that incumbents and market leaders have a compounding advantage, first-movers in the space of creating something that looks like a base package for the Internet of Things will put themselves in an enviable position.