German lessor Doric, which specializes in the sale-and-leaseback side of the market, is keen to see greater adoption of common combinations of seats and inflight entertainment systems to ensure as wide a possible an appeal to the secondhand market, and fewer re-certification hurdles.

When a sale-and-leaseback deal is negotiated, an airline will generally either be taking delivery of a fresh widebody from an airframer, or will have a relatively young aircraft whose capital it wants to free up. The value of the aircraft at the start of the sale-and-leaseback process is then based on what Doric estimates the value of the airframe and cabin will be at the end of the lease period.

“After they’ve looked at, say, the age of the aircraft and where it came from and the maintenance status, they will have a look on what is the seat manufacturer, what is the LOPA [layout of passenger accommodations], what is the IFE in it, and so on,” Maurick Groeneveld, director of aircraft management and re-marketing at lessor Doric explains to RGN. 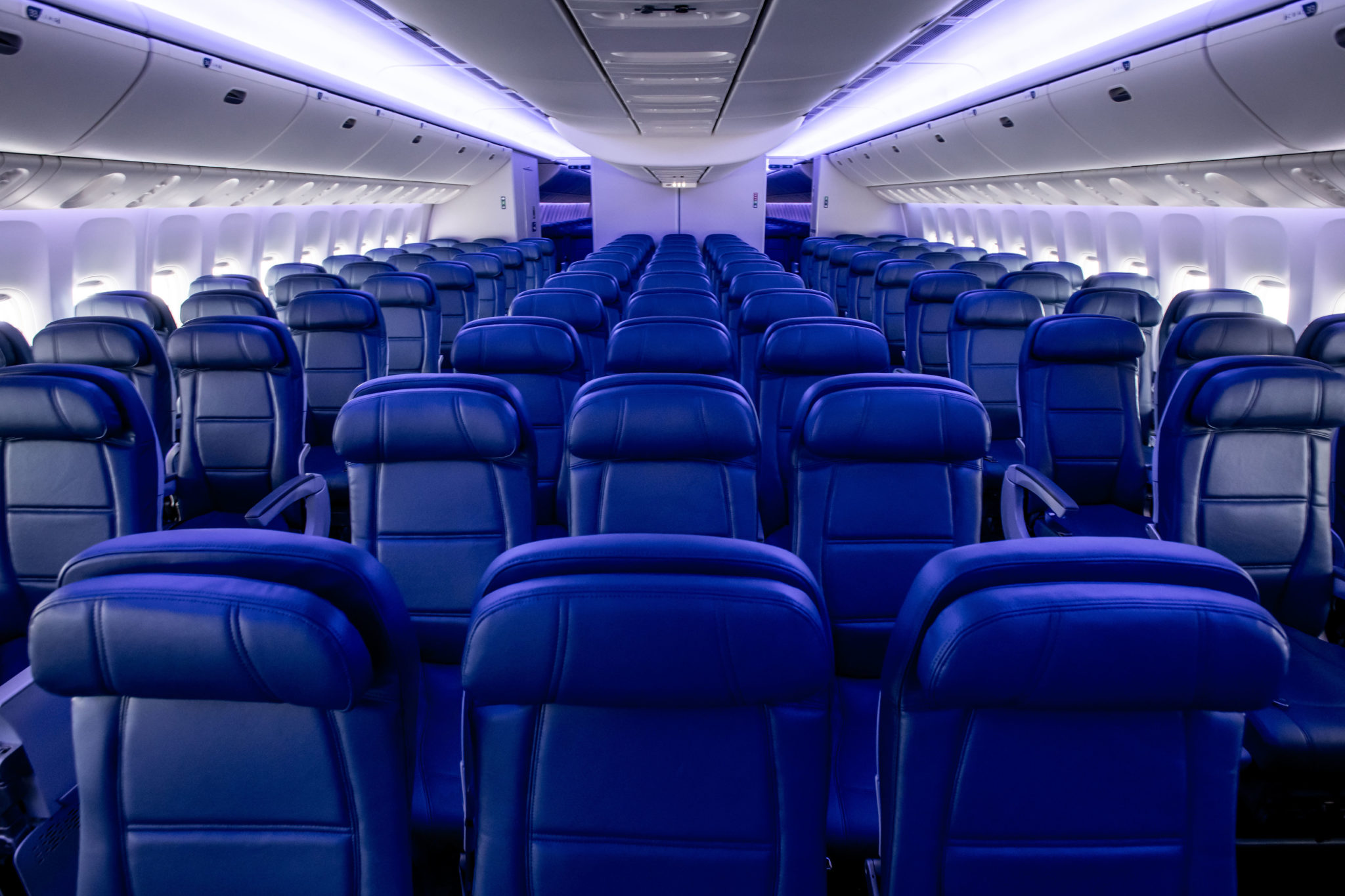 On the IFE front, Groeneveld suggests that the upgradeability of recent generations of IFE software is showing advantages on the widebody leasing market. “In terms of options that you can take, with software you can play [with], that may be somewhat easier by having something extra programmed in there,” he says. Several years ago, Panasonic Avionics began offering a software upgrade to its legacy systems which was welcomed by major airline customers, including Emirates. But when upgradeability is already baked in, it means a longer obsolescence window.

Choosing a higher-specification IFE system is quite simply a plus, he suggests. “If everybody now, let’s say, has a 10-in screen in economy class and I will be coming there with mine which is only 5-in, I’m not going to be very much liked [by potential airline customers] with my monitor. On top of it, it would also have implications for my seat because my seat and my monitor — all that needs to be certified.”

Groeneveld adds, “We don’t want to have somebody that’s hardly present. There might be an IFE manufacturer that, in combination with a certain seat manufacturer, might not be very popular.” Purely as an example, he notes, “If everybody has Panasonic in its seats for a particular aircraft type, we’d like to have them rather than somebody who has, let’s say, Thales or something else in there.”

His comments about leased widebodies contrast to those of SMBC, the mainly narrowbody lessor which told Runway Girl Network earlier in the year that inflight entertainment systems on board narrowbodies were “likely to be obsolete at the end of the lease”, as many narrowbody operators pivot to wireless IFE.

“In terms of seats” on widebodies, Groeneveld continues broadly, “you want to have as much common a seat — as much a state of the art a seat — and the same applies to the IFE in it and so on. Once you start to deviate and come with really unique seats, or seat manufacturers or whatever, unique designs, you have more costs and less attraction by potential parties because they are not familiar with it.” 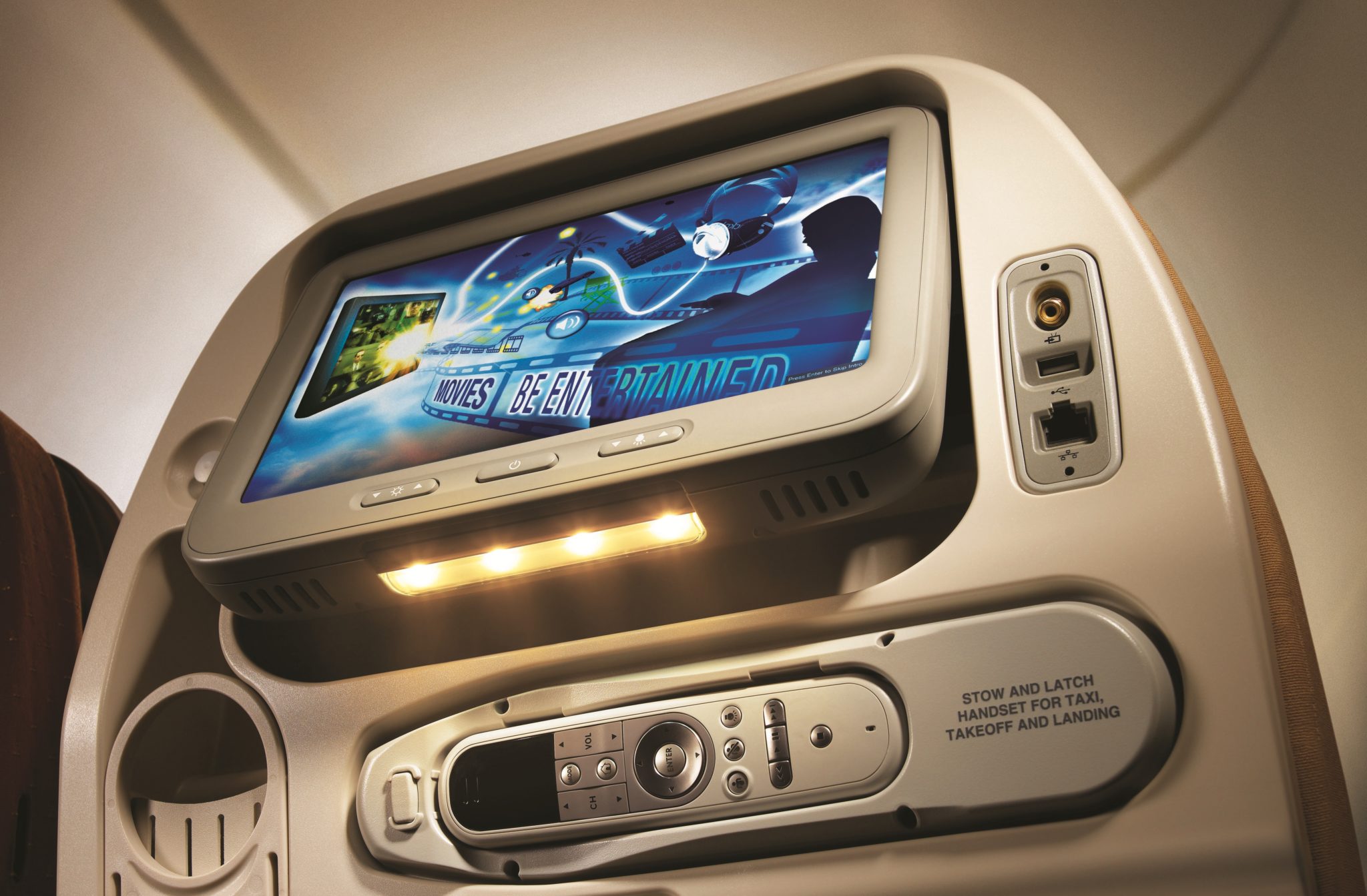 With business class in particular, first-operator airlines are keen to have their own flagship products, but this can cause complexity in the leasing world, both because the subsequent operators may want product consistency and also because securing aftermarket parts and products is sometimes impossible. “The more fancy they are, they are really tailored and proprietary to the airlines that have them,” Groeneveld says. “We could not even order that same seat, even if I know where I can buy it, and I want to pay for it, I cannot even buy that seat because it is proprietary for that airline, their own customised seats as for a business class, because it’s part of their brand.”

Yet, Groeneveld says, there is little pressure that lessors can bring on seatmakers for a more standardized, widely appealing business class product set that avoids those intellectual property issues and suits the aftermarket. And in any case, the lessor is clearly finding workarounds. To wit, wet-lease operator Hi Fly recently leased a former Singapore Airlines A380 from Doric, and opted to keep the Panasonic eX2 system already installed, as well as the first class, economy class and business class seats. The aircraft also has SITAONAIR’s SwiftBroadband-supported connectivity installed, giving Hi Fly the option of switching it on.

“We did not require in this case that the modification performed during SIA lease would be removed and so there was no de-modification done and, hence, Hi Fly can make use of the infrastructure in 9V-SKC, now 9H-MIP (under the conditions with On Air, which will probably require a certain fee etc.),” reveals Groeneveld.

Seeking a neutral condition for IFC

Industry has been generally concerned about the impact of inflight connectivity systems/radomes on airframes entering the second-hand market for several years. There is less of an aftermarket value in IFC, Groeneveld suggests, noting that with the life cycle and installation timescales of IFC often different to that of the airframe itself, installing systems often necessitates a negotiation with the lessor during the lease period for a modification to the aircraft, usually specifying that the airline returns the airframe to the “neutral” condition.

Pressed to explain how Doric views “neutral”, Groeneveld says he means: “back to the original specification as if no satellite dish — and hole, et cetera — had been there”.

In the event that the next operator happens to want exactly the same IFC manufacturer, system and generation of technology, Doric will allow the current operator to leave an installation on board such as the aforementioned SITAONAIR install, but in general, Groeneveld says, “We would like to stay out of customization because there is no residual value in it, and all that technology is getting extremely quickly obsolete.”

But with leasing companies overall playing a greater role in the long-term design of aircraft at the same time as the effective life cycle of the cabins inside those aircraft is decreasing, the dynamic of airlines’ passenger experience choices — from seats to IFE and even inflight connectivity — is changing. RGN will continue to reach out to lessors to seek their viewpoint on matters pertaining to #PaxEx.

Ocean’s Eight sticks it to the man in style