If you don’t have time to visit the lounge owing to an early morning flight or a late connection, what can airlines do to keep a premium traveller keen, and keep them coming back? A six-month trial of a new Lufthansa automated self-service space in the departures area — which the airline tells me will start in Munich this week — starts asking that very question.

Though details are scant, “Delights to Go” seems to be a scan-your-way-in, self-service space that Lufthansa is trialling for passengers cutting it close with a departure or whose ever-tighter connections are stretched. On offer are on-demand snack boxes and hot drinks, dispensed from a multilingual kiosk accessed via boarding pass scans.

I asked Lufthansa for details and images, but a media representative declined to share any further details or images when I asked, saying that they might be available five days hence. German website Flugrevue, however, seems to have snapped some images of the concept at the reveal earlier in the week, with a single shot of what Lufthansa tells me is “a photo of the mock up poster”.

Part of me likes the concept and applauds Lufthansa for trying it. I can’t count the number of times I’ve had to hoof it through Frankfurt on a connection stretched to breaking point as the result of Lufthansa operational problems. Being able to stop and grab a to-go box could certainly be handy. 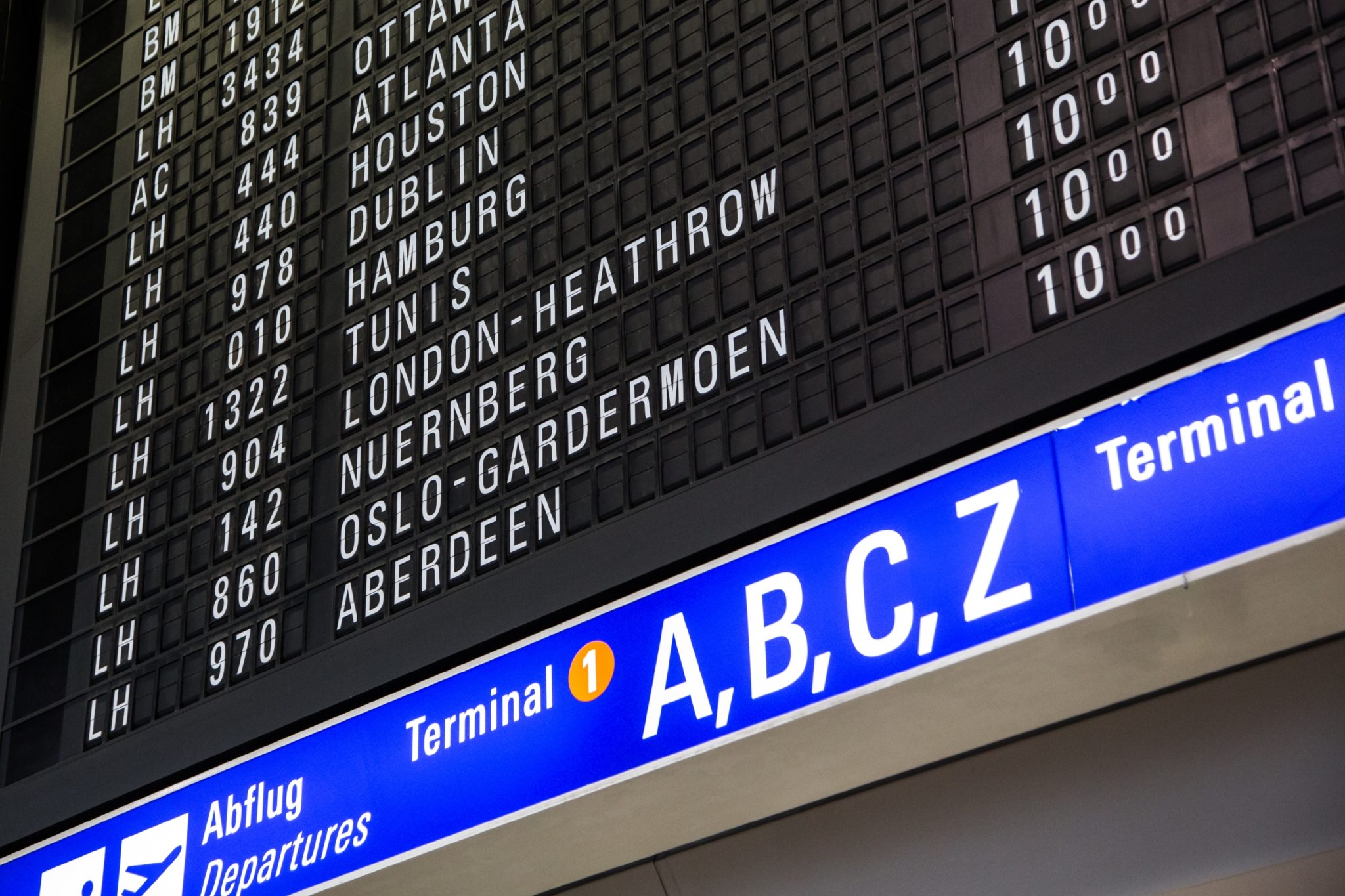 With a tight connection or an early morning departure, there are opportunities for some compelling PaxEx design. Image: Lufthansa

But at the same time I have practicality concerns.

Flugrevue also says that the snack box — rather aspirationally named Genießer Box, which to my beginner’s German using Google Translate comes out as “gourmet” and, er, “box” — will contain an apple, a cereal/nut bar, a piece of cake and a small bottle of water. This seems a little underwhelmingly shelf-stable, and one shudders to think of the packaging waste.

To start at the beginning of the Delights to Go experience, Lufthansa will need to look at how it staffs the kiosk. Peering at the details of the Flugrevue snap, the staff member doesn’t seem to be wearing a Lufthansa uniform. As frequent premium class travellers and frequent flyers through Lufthansa’s main airports know, the airline has outsourced many of the “lounge greeter” positions at its lounges to the multi-service staffing organisations best known across Europe for private sector prisons, and indeed the warmth of the welcome seems to carry over. 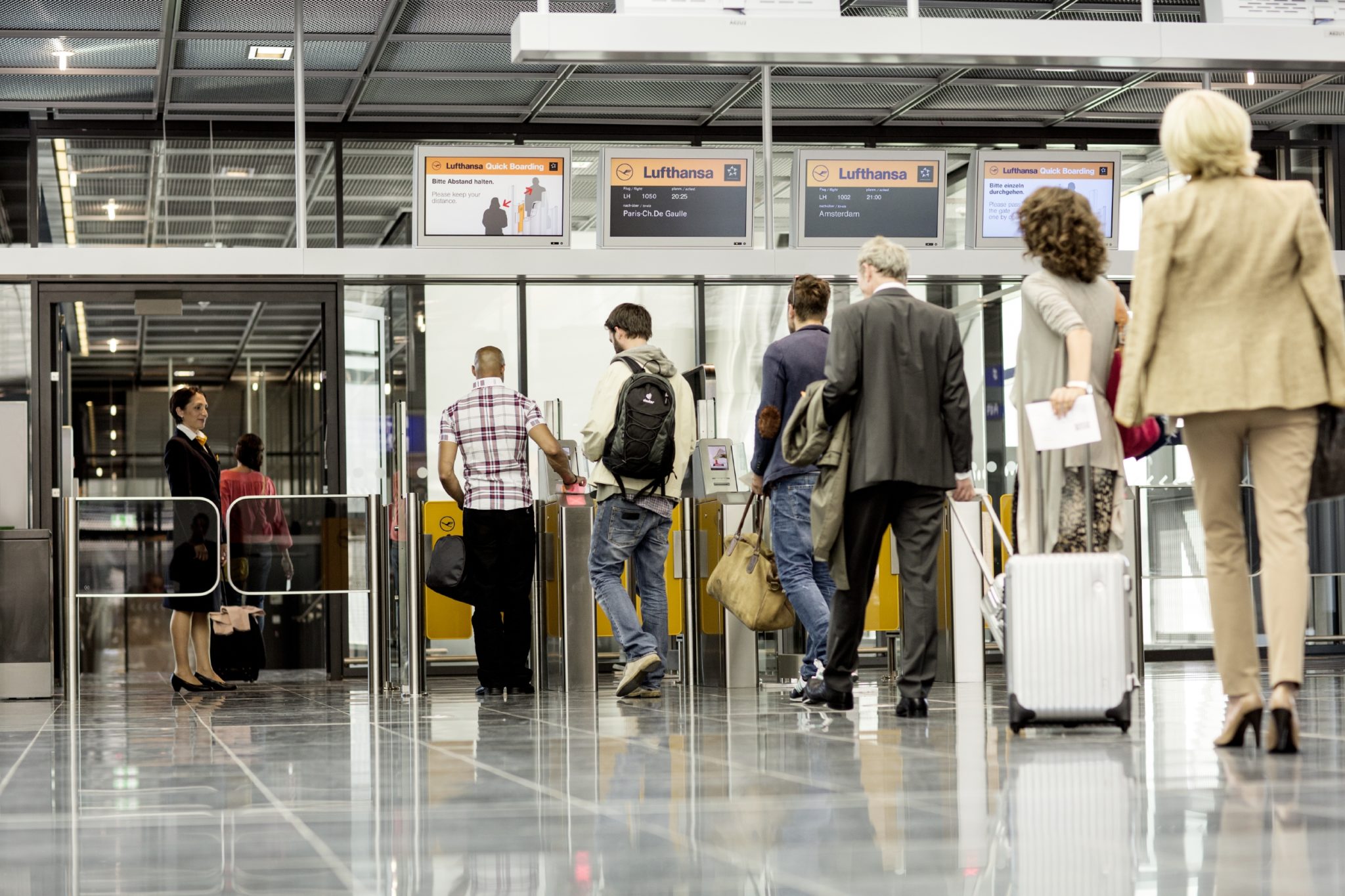 Lufthansa has been doing a lot of work in the self service space recently. Image: Lufthansa

I’m also not sure why, if there’s a gate dragon, it’s necessary to complicate matters with an automated vending machine. I can just imagine the thing breaking down during the morning rush and the resulting queue of undercaffeinated, unimpressed frequent flyers. Would a simple soda fridge, snack basket and Nespresso machine perhaps make more sense — or indeed some sort of automated token system handed out by the staffer to prevent the inevitable sweep-it-into-the-cabin-bag troughing of what’s on offer?

It also strikes me that the point about stretched connections is really Lufthansa saying it’s trying to solve a problem that it creates itself. To my mind — and the minds of many others — the airline offers many unrealistic minimum connection times, particularly in Frankfurt, especially when crossing the Schengen border, given that it is one of Europe’s worst laid out and least connection-friendly airports.

At the end of the day, though, I can’t help wondering whether my threshold for “delight” is a little higher than the airline’s. An apple and nut bar — especially when Lufthansa has for some time offered a free coffee machine in some boarding areas — doesn’t quite qualify for “delight”. Is there a German word for “mild satisfaction following operational disappointment owing to sub-optimal logistical and location planning of premium travel benefits”?

Perhaps my problem is that the offering reminds me of a watered-down and less impressive version of the Air New Zealand regional lounge space on the turboprop side of Christchurch Airport. There’s a full lounge in the jet section of the terminal, but with minimal service on its turboprops, Air NZ offers its lounge-eligible travellers the chance of a hot bite to eat and a coffee from a semi-private, swipe-to-enter space. It’s actually just a bit of cleverly fenced off terminal area that backs on to a café, whose staff and supplies furnish the lounge offering. Would that be just as “go” but even more “delight”?