Growing up in South Windsor, Connecticut, United Airlines’ executive vice president of technology and chief digital officer Linda Jojo said her early years were shaped by her lifelong passion for math and team sports, particularly basketball. Interests that were both wholeheartedly endorsed by her mechanical engineer father and her “cool, smart” uncle, who lived in Boston.

“Growing up, math was something I could do with my dad, which was a good thing. And on my mom’s side of the family I had an uncle who was part of Wang Laboratories in Boston, so he was into computers and all that. So, it was always kind of a thing where they would quiz me and ask me questions and I thought it was really kind of neat,” remembered Jojo in an interview with RGN in Los Angeles.

“I [also] had a math teacher that I loved and so when it came time to go to school I ended up going to an engineering school in upstate New York called Rensselaer Polytechnic Institute (RPI). I played basketball there and [because] I was an athlete and I had played team sports, I think that was another thing that got me interested in technology. And that’s why I’m not a programmer, you know? When people go into technology there’s those that are programmers, which was, fundamentally (at least back then) an individual thing. Whereas if you worked in the technology department, that’s more of a team sport, so I think those kind of things steered me in that direction.”

Another thing Jojo said she enjoyed about technology was the flexibility it offered in terms of later career paths.

“I didn’t articulate it this way at the time, but I figured out early on that I could work in just about any industry that I wanted to after that,” said Jojo, who graduated from RPI with a degree in computer science. “I was always going to be able to learn things, so I learned the telecom industry, I learned the energy industry, and now I’m learning the airline industry and it’s fascinating.”

Having worked in senior management since November 2014, Jojo was promoted to the position of executive vice president and chief digital officer last June, which placed her squarely in charge of steering United’s digital strategy. And though some might be daunted by the task of communicating strategy goals to employees across a company as vast as United, here again, Jojo taps into the strong communication skills she honed playing team sports.

But perhaps the most valuable tool in Jojo’s arsenal are the informal, team huddle-like town hall meetings she holds in the hangers at United hubs across the country when she travels.

“Any time I come out to a hub I try and tuck in a town hall, somehow, someway. Sometimes the management team from the airport is there and they get kind of embarrassed because someone will talk about something and they’ll say: ‘Jeez, they never told me. They told you first, Linda.’ I’m OK with that because you can’t fix problems that you don’t know you have. So, I’d much rather have somebody complain about the smallest little thing that’s causing them problems, that’s so unique to [that] person, because if we can fix it, we will. And once people realize that you’re listening and that you’re going to actually do something about it, then you hear a lot more, which is great.”

Another thing Jojo loves about her job is that her normal day at the office is often anything but.

“One of the things about working for an airline is that it’s really all about getting people from point A to point B,” said Jojo. “Connecting them is a really important thing, so, some days it’s really about the tactical side of things, making sure things are running, the next day it’s really about thinking about where we want to be in the future, thinking about how we want to use technology, whether it’s to change the customer experience, or help our employees to do that. So, sometimes I’m in the middle of business meetings doing that, sometimes I’m managing the technology side of the house. I have an office, but I’m hardly ever at my desk.”

And when it comes to encouraging girls and young women to pursue careers in STEM-related fields like technology, here again, emphasizing the fun, team player element of the job is key, she suggested.

“I think we have an issue with the pipeline,” explained Jojo. “If you were to survey girls at the age of 12, and there are studies on this, the same number of girls and boys at the age of 12 will rank their interest in math and science at about the same place. At the age of 16 the young men are about the same as they were at 12 but the girls have dropped off. And so, I think there’s a branding thing where girls for some reason think that technology is this individual, go into a corner and work at a computer and don’t talk to anybody all day kind of job, when it’s actually just the opposite. And I think if we can explain that and expose girls to what you actually do in technology we can break through that.”

One way Jojo tries to do that is by being keenly aware of the fact that, especially in the social media-driven world we live in today, optics matter.

“I’ve been the most senior women at the last three companies I’ve worked for, so, I’m a role model whether I like it or not,” said Jojo.

“So, I think about that when I’m in a town hall on the ramp at LAX or when I’m stranding up and talking to a technology team. I just want to make sure that people see that it can be done.” 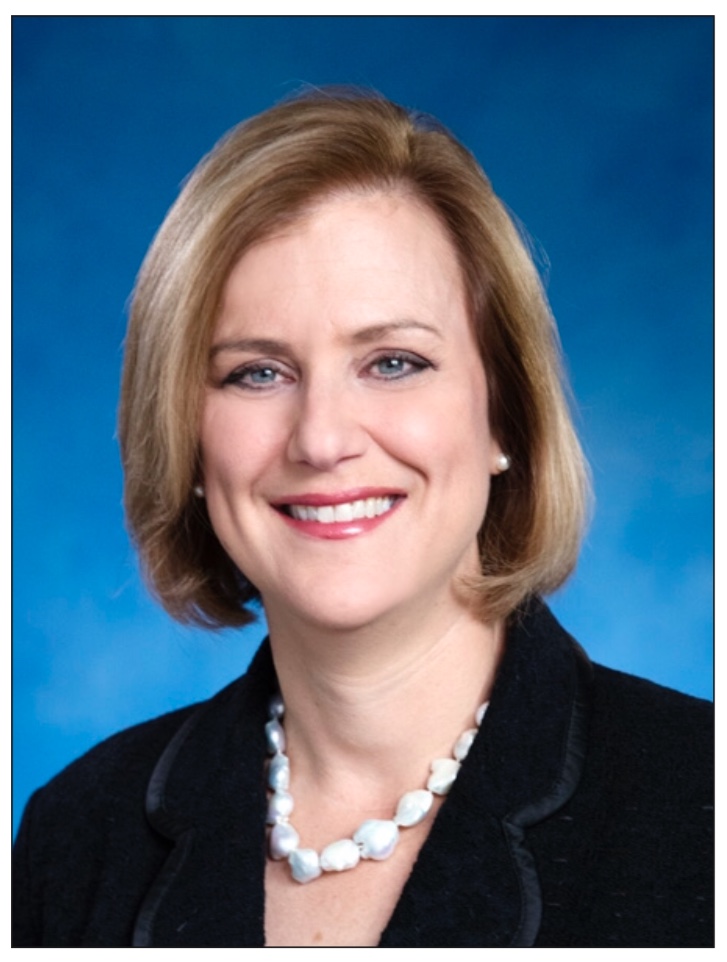 Ring out Pride Month with A Fantastic Woman