After a long wait, United Airlines finally opened its spacious new Polaris Lounge at the international terminal of San Francisco airport (SFO) on 30 April. To coincide with the debut of the lounge, United invited this Runway Girl Network contributor to fly aboard its Polaris-equipped Boeing 777-300ER, to get a sense of the full product experience from beginning to end.

I found the Zodiac-built Polaris seat to be incredibly comfortable, especially on my return flight from Hong Kong International Airport (HKG) to SFO. On this flight, I occupied 12D which is an angled seat in cabin centre. The angled configuration gives the passenger more room when reclined, especially around the shoulder and torso area.

From SFO to HKG, I had seat 11A, which faces straight forward. It felt less roomy, though more private due to its narrow entrance from the aisle. 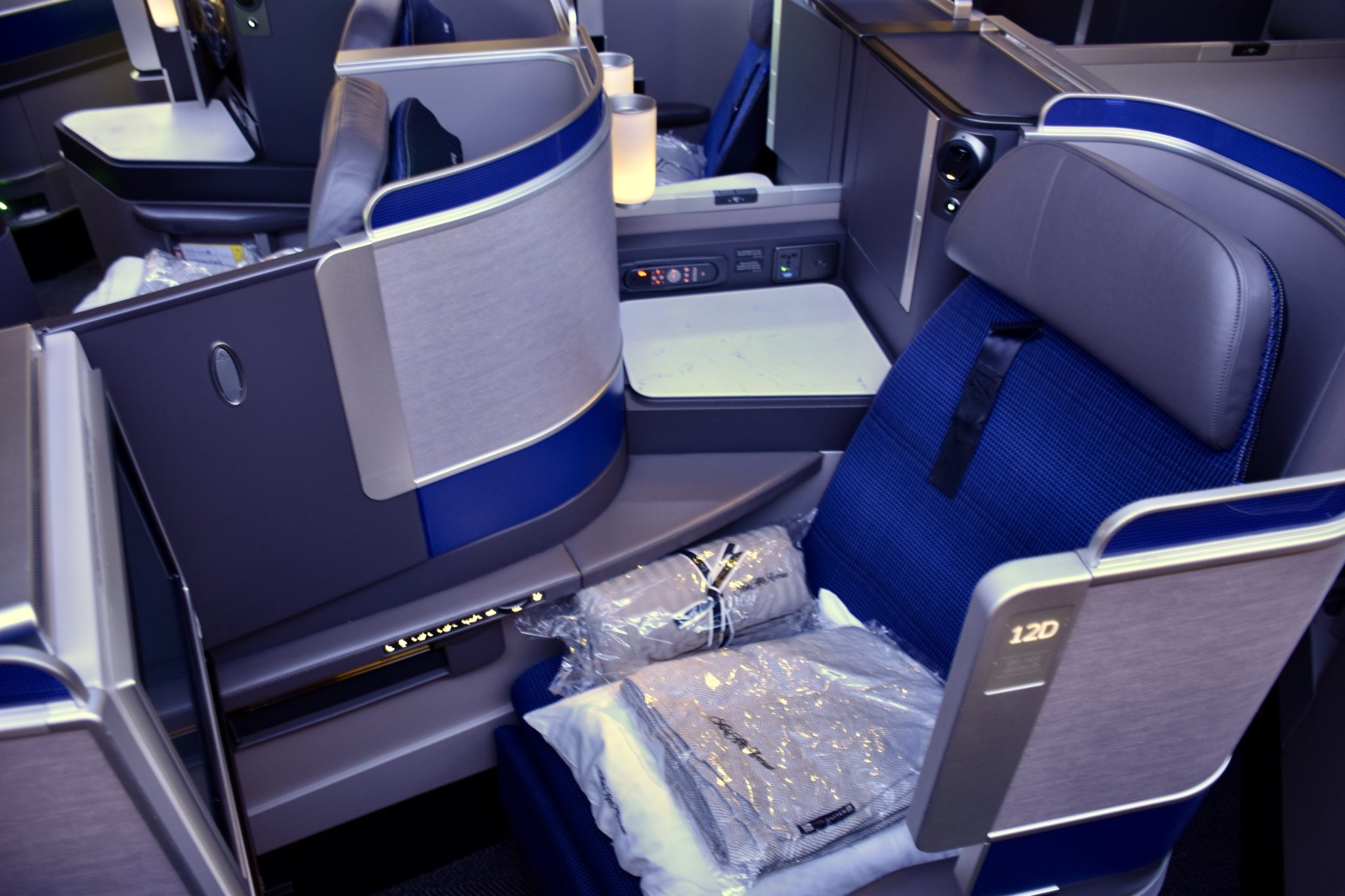 Zodiac’s Optima seat serves as the baseline model for the Polaris business class seat created for United Airlines. This particular seat is angled with the foot cubby toward the aisle. Image: Paul Thompson

I do not usually sleep well on planes, no matter how long the flight, but between the seat itself and the bedding by Saks Fifth Avenue, I passed out for six straight hours. I also owe some credit to my noise canceling Bose QC35 headphones for aiding in this. Although slightly less private, the exposure to the aisle did not bother me at all. 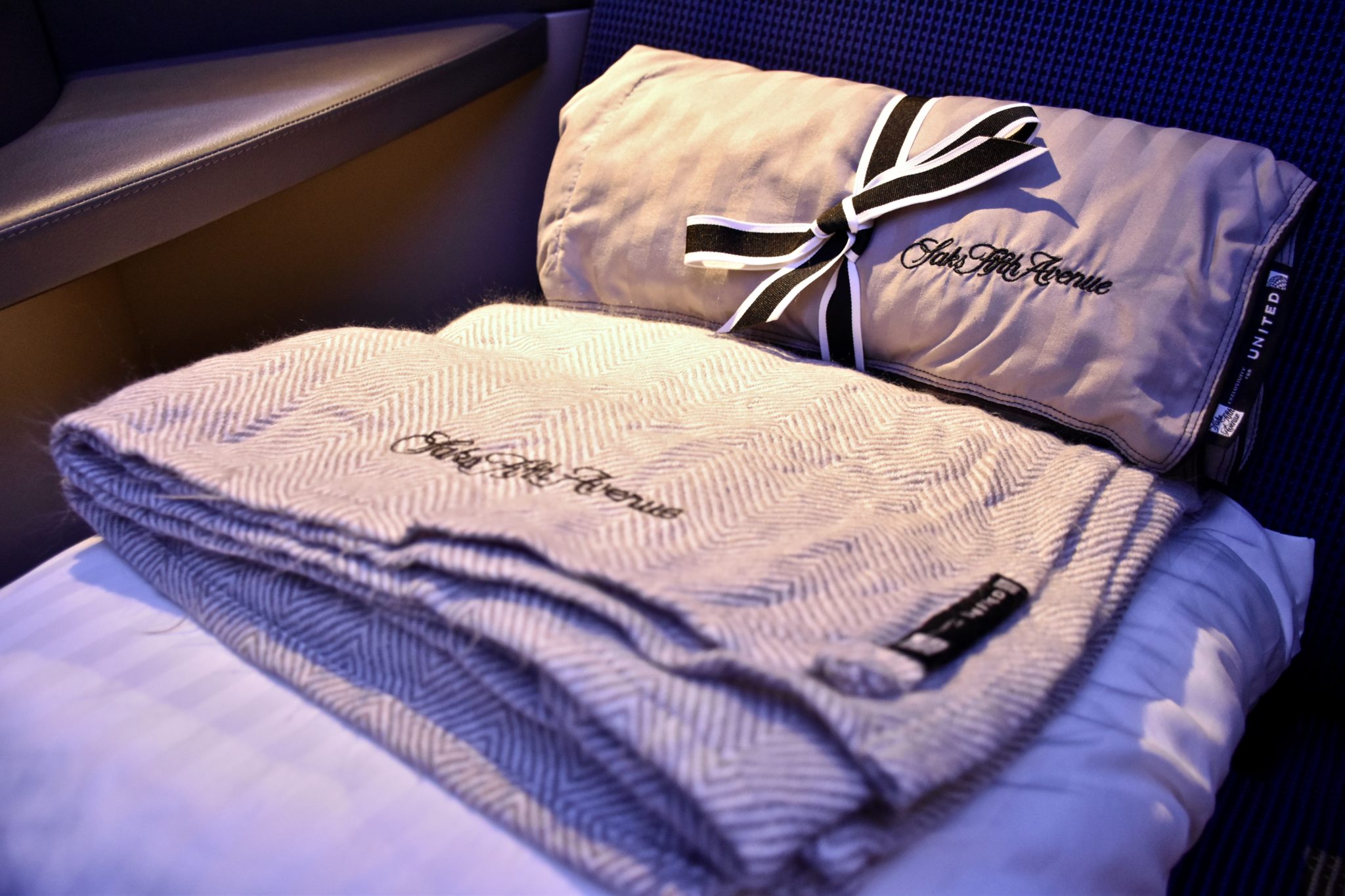 In spite of the comfort, the seat itself didn’t really stand out in comparison to other products I’ve flown recently, such as the American Airlines 777-300ER business class, and the Qatar QSuite.

Overall, Polaris onboard is great in both the hard and soft product areas, and is a huge improvement over the cramped 2-4-2 product it is replacing. That being said, I still found three seat-related areas that could be improved.

In terms of overall privacy, the seats felt private enough, but a full door like those found on the new Delta One or QSuite would have been nice.

For the soft products, comfort could have been improved by the offering of a mattress pad, like the Casper pad offered on American. But with two blankets and a pillow already at my seat, it was a challenge to store everything.

It was only after my two flights I learned that pajamas and a gel pillow are also available, but these were never offered to me. At the lounge preview, CEO Oscar Munoz told me the gel pillows are only available upon request, because they are often stolen. In spite of that, United is planning to place a gel pillow at each Polaris seat, beginning 1 July.

How does Polaris shine?

What really made Polaris shine was the attentive service from the flight attendants. On both flights, I experienced more than just “customer service,” but true hospitality. For example, when I couldn’t decide on a wine, I was offered a flight of three from which to choose. I ended up with a selection that wasn’t even printed on the menu.

I never found myself having to look for a flight attendant when I needed anything. Even in the middle of the night when I just wanted a bottle of water, one appeared just a moment later as if they knew my thoughts.

The Polaris experience has just gotten even better for travelers at SFO, as United opened its second Polaris Lounge on 30 April. The lounge is the largest in the United network, containing over 28,000 square feet of space, 440 seats, 49 work spaces, 492 AC and USB power outlets, day beds, showers, a sushi bar, a noodle bar, a buffet, and a 36-seat private dining room. 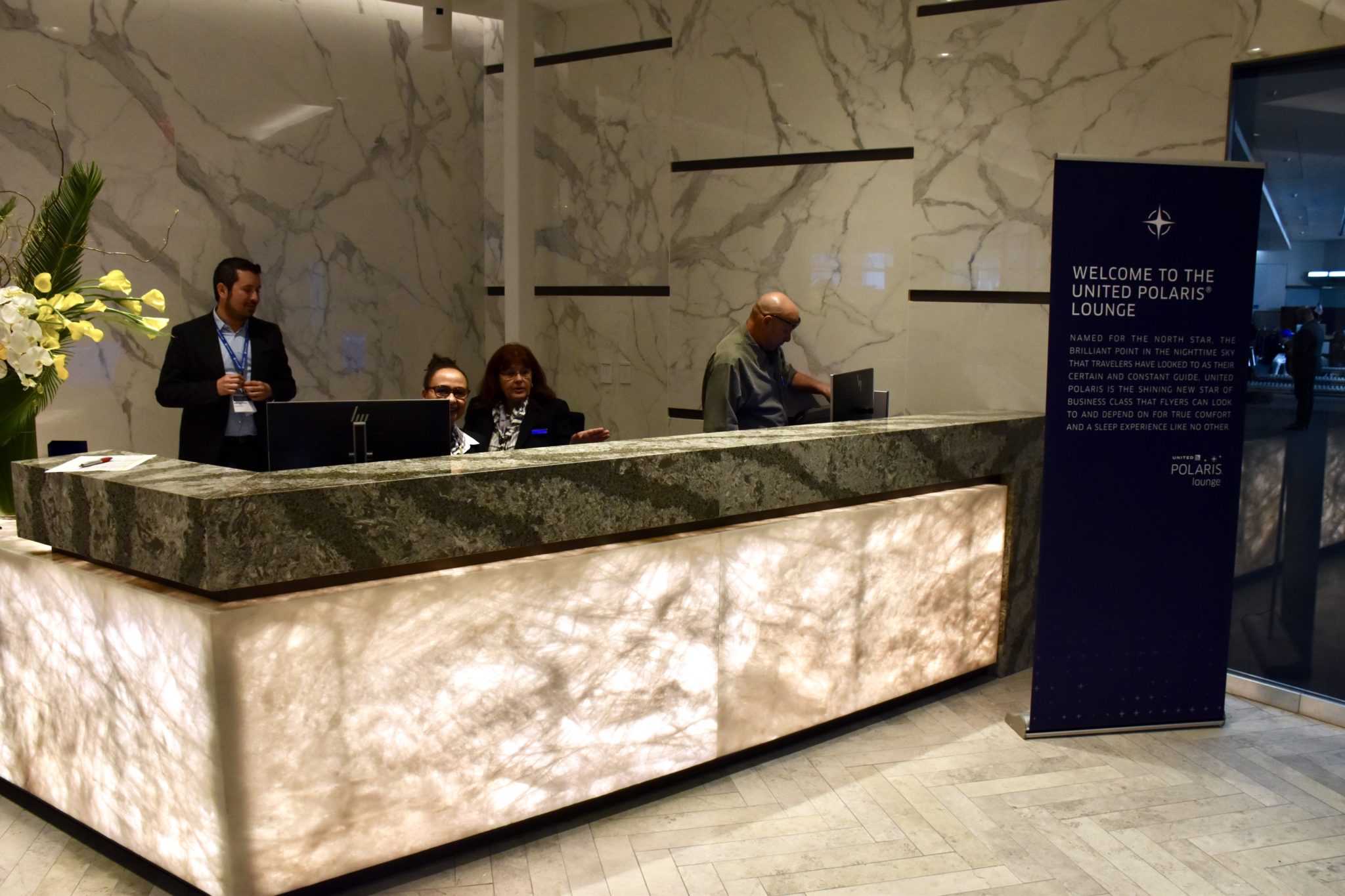 During a brief statement at the media preview on 25 April, Munoz said, “This level of detail and opulence is so important to us, to ensure that our customers are aware how me much we value them and their business.”

He called the Polaris Lounges a reward for customer loyalty, and a testament to the level of service United provides. And Munoz toasted everyone involved in planning and creating the new SFO lounge. Later this year, additional Polaris Lounges will open at EWR, IAH, and LAX.

Editorial disclosure: United Airlines provided the author’s round trip ticket in Polaris Business Class. As ever, all views are those of the author. 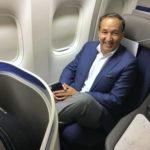 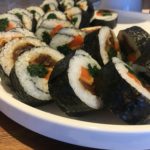 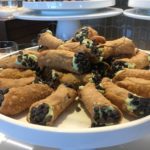 Cannoli is one of the few decadent dessert options at the SFO United Polaris Lounge. Image: Paul Thompson 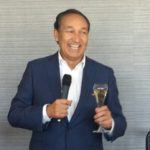 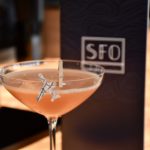 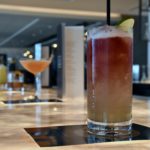 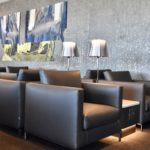 Seating on the lower level of the United Polaris Lounge at SFO has power access at every seat. Image: Paul Thompson 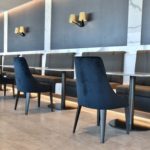 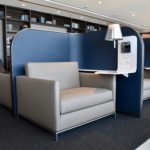 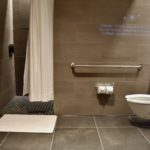 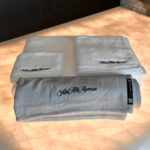 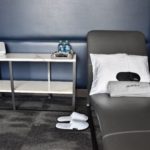 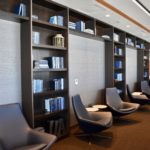 Library and seating area on the lower level of the new United Polaris Lounge at SFO. Image: Paul Thompson 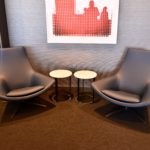 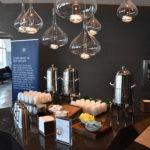 A tea and coffee station on the lower level of the new United Polaris Lounge at SFO. Image: Paul Thompson 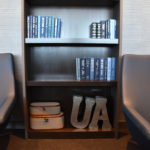