There is hardly any other prize watched as closely by the aviation industry from year to year as the Crystal Cabin Award. The jury of international experts has now announced the finalists for this year’s 12th annual award.

A total of 24 products and concepts are facing off in the final round in eight categories. Finalists this year include the new A380 First Class from Singapore Airlines, printed electrical wiring and an environmentally friendly water tap from British students.

With 91 submissions reaching the shortlist, the competition this year was tougher than ever before. In 2018, for the first time, the white trophies will be produced using 3D printing technology. Just who gets to take them home will be decided on the evening of 10 April, 2018, during the leading global trade show, the Aircraft Interiors Expo.

New this year is the “IFEC” category, short for “In-Flight Entertainment & Connectivity”. And this is not just a matter of technology, as finalist Bluebox Aviation Systems shows: the “Bluebox Accessible IFE” platform provides barrier-free access to in-flight entertainment for visually impaired passengers on long-haul routes. In partnership with Virgin Atlantic the product is already in use.

Barriers are being broken down in other ways, too, with products such as the new “European Aviation Network” from finalist Inmarsat. More than 300 Deutsche Telekom ground stations will provide passengers with LTE network access above the clouds throughout Europe this year.

Even more visionary, from a technological perspective, is the in-flight entertainment concept from United Screens. This German company is offering the first on-board 3D television. Passengers don’t even need to use 3D glasses. 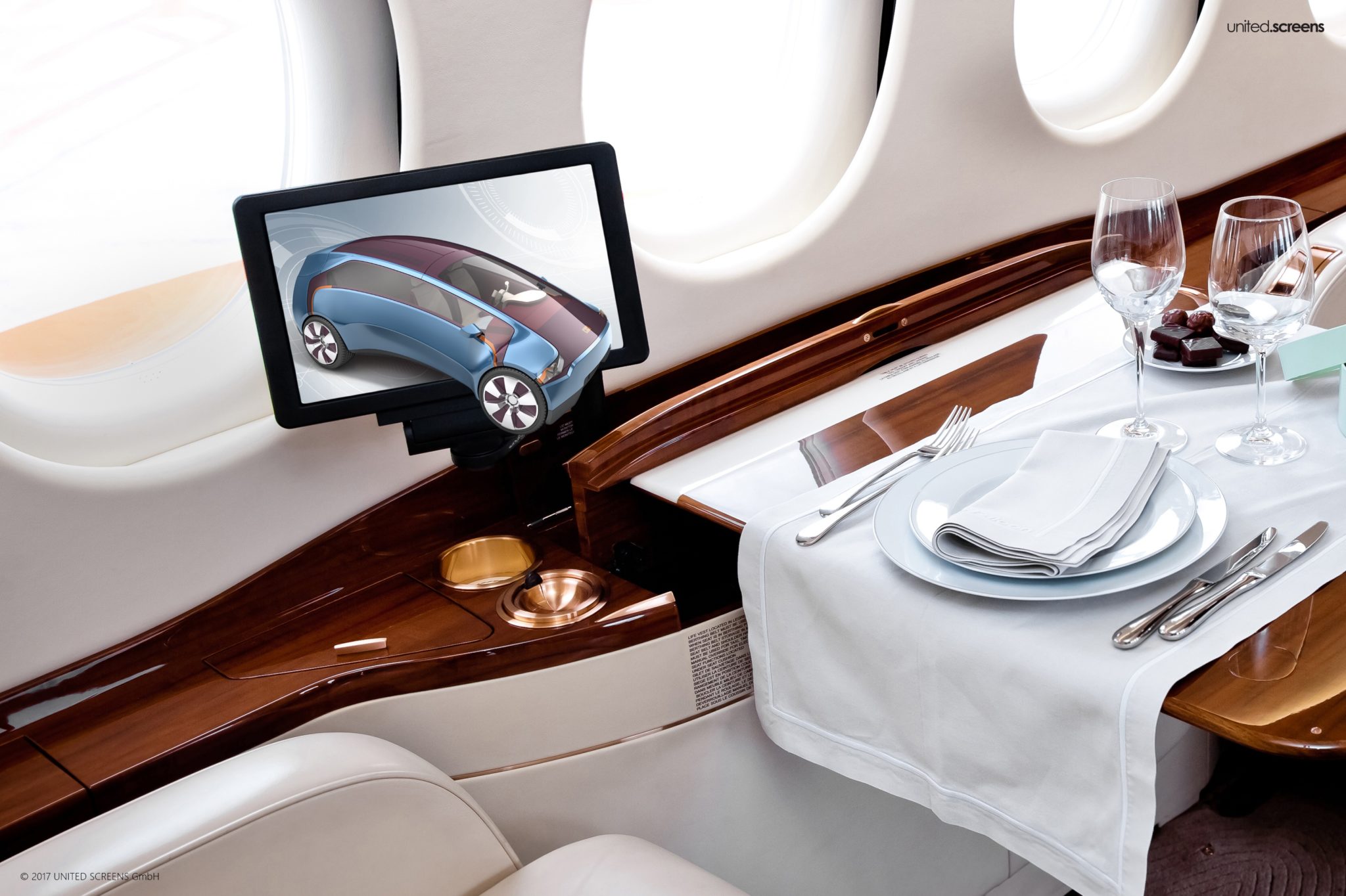 Three leading industry representatives have made the final in the “Cabin Concepts” category this year. From Airbus comes the “Airspace” cabin for the A320 range of aircraft, with an improved flight experience for passengers regardless of what class they are flying. Extra-large overhead lockers, light and airy panels and atmospheric lighting scenarios will make flying more pleasant even on short and medium-haul routes.

PriestmanGoode has made it to the final with a long-haul Business-Class product. The design agency has brought its customer, Qatar Airways, into the last three with the new “Qsuite”. Up to four seats can be arranged together in the “Qsuite” to create a private area for the whole family. And Singapore Airlines is one class higher with its new A380 First Class suites. The secret is that the partition between neighbouring suites can be stowed away to allow for a genuine double bed, turning the flight almost into a hotel stay! 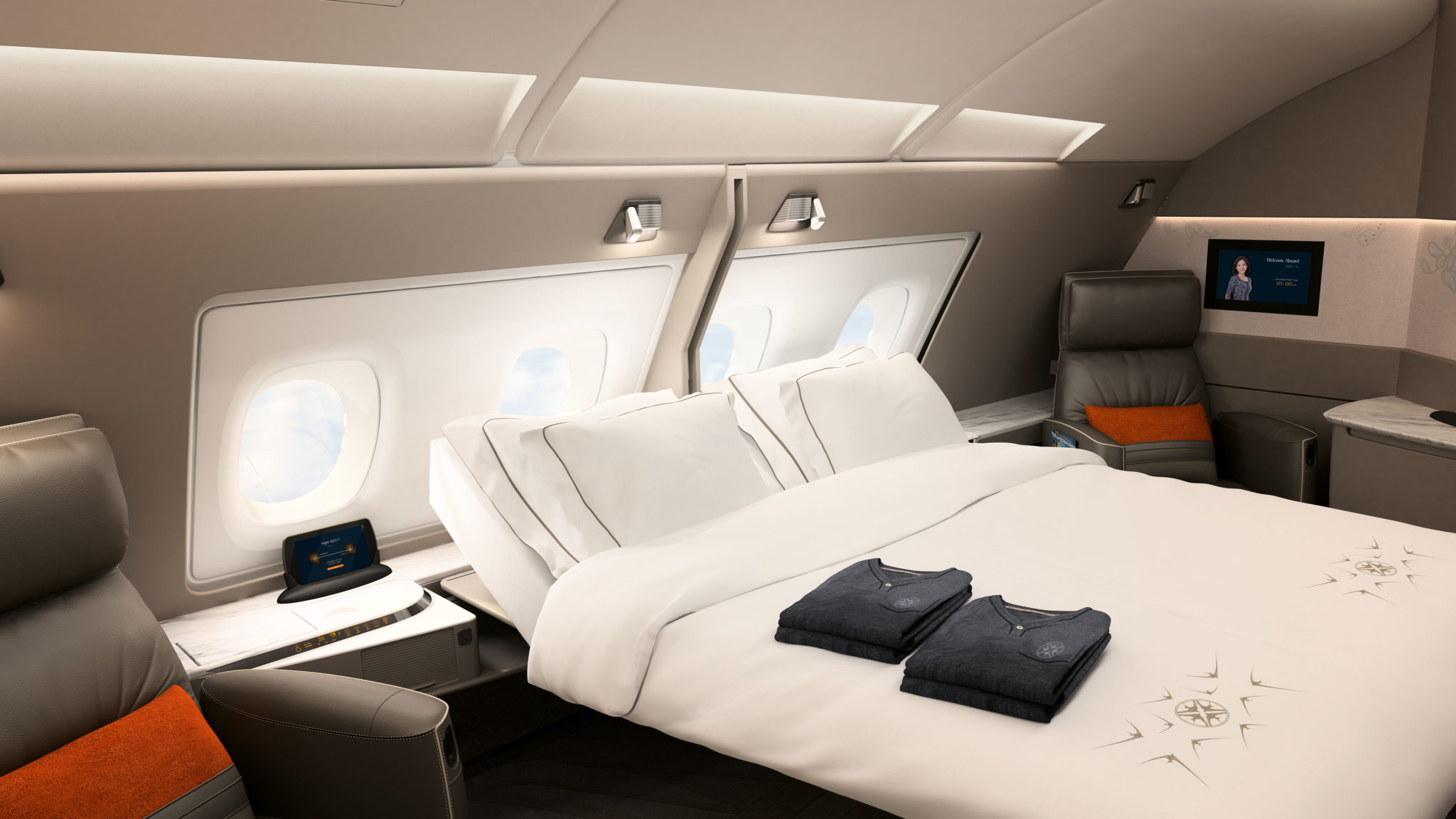 Everyday life on short-haul routes is generally not so comfortable — and not just for the passengers. The airlines have little time on the ground to get their aircraft ready for the next flight. The PASSME Consortium, based in Portugal, offers relief. The PASSME Innovative Aircraft Seat, a finalist in the “Cabin Systems” category, makes it possible to push the seats of an Economy row together during boarding, creating more space in the aisle. The result: less congestion and quicker boarding.

Finalist Rockewell Collins is looking at a different sort of separation with its “Silhouette MOVE”. The flexible partition between Business and Economy Class is curved in such a way that the Economy passengers sitting behind it can still stretch their legs or stow heavy cabin baggage. Zodiac Aerospace has turned its attention to one particular passenger need that crosses class boundaries with “Durinal”, an aircraft urinal cabin. 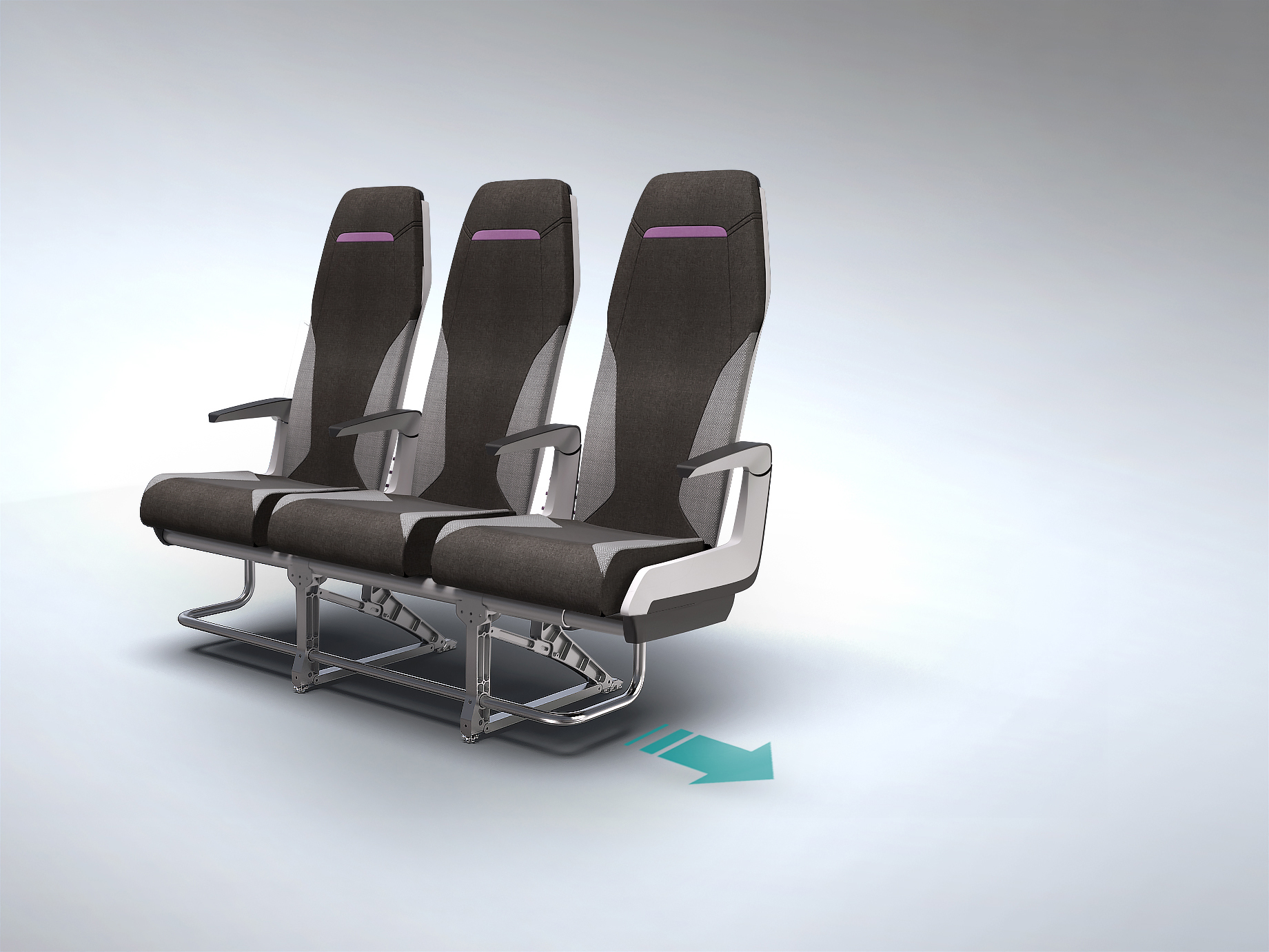 The innovation will benefit female passengers, too, at least indirectly: when the men have their own urinal facility, the queue for the rest of the cabin will be reduced — and things may be a little cleaner, too.

On the subject of clean toilets: US manufacturer Boeing is looking at the hygiene factor this year, too, with its “Boeing Cabin Dry Floor” that has made the final of the “Greener Cabin, Health, Safety and Environment” category. What makes this so special is that the innovative floor is almost sponge-like in its absorption of moisture, leaving a dry, germ-free surface.

Austrian company Villinger, too, is looking at cabin floors with its allegedly indestructible heated floor panel. The photographic evidence of the product being attacked with a pickaxe obviously proved the company’s point: welcome to the final. And the third finalist here is VT Miltope with security software for wireless cabin networks, so that mobile devices in the sky can be as virus free as the lavatory floor. 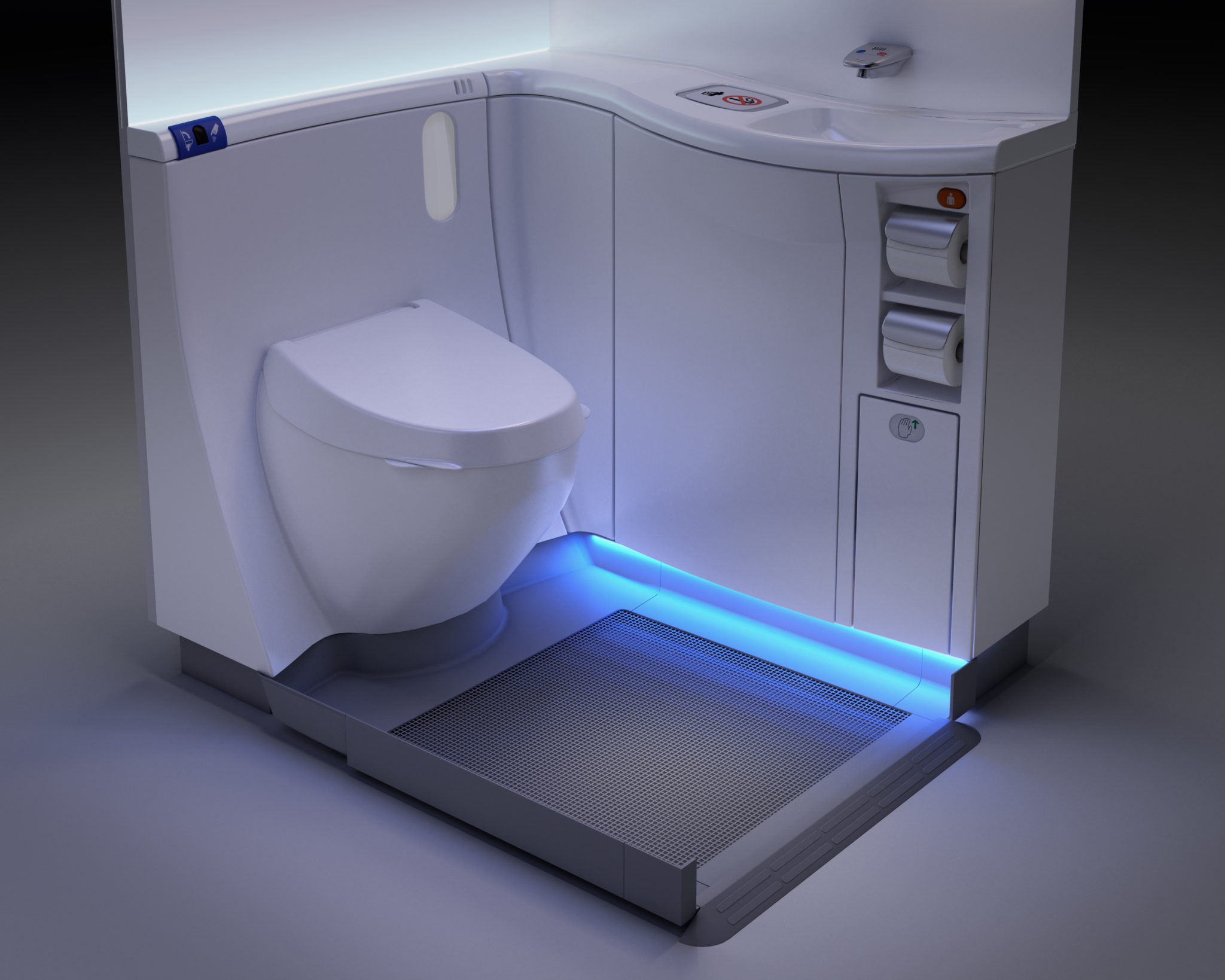 One finalist in the “Material & Components” category is bringing something reminiscent of science fiction to the cabin — behind the scenes. If Airbus and Altran have their way, the heavy, space-consuming cable harnesses behind the cabin wall panels will soon be a thing of the past. In the future, wiring — for lighted signs, for example — will be produced by a direct “Printed Electrics” process.

The wow-effect that got Rockwell Collins into the final in this category, on the other hand, was visual in nature. The US company’s “Secant Luminous Panel” lights up the complete cabin ceiling with high-resolution images. Weigele Aerospace from the German Southwest, meanwhile, has its eyes clearly on creature comforts, reaching the final with its “Airborne Cooking Robot”. This new energy-saving oven for the galley allows for cold and warm food to be prepared on one plate at the same time so the crew can serve “to Perfection”. 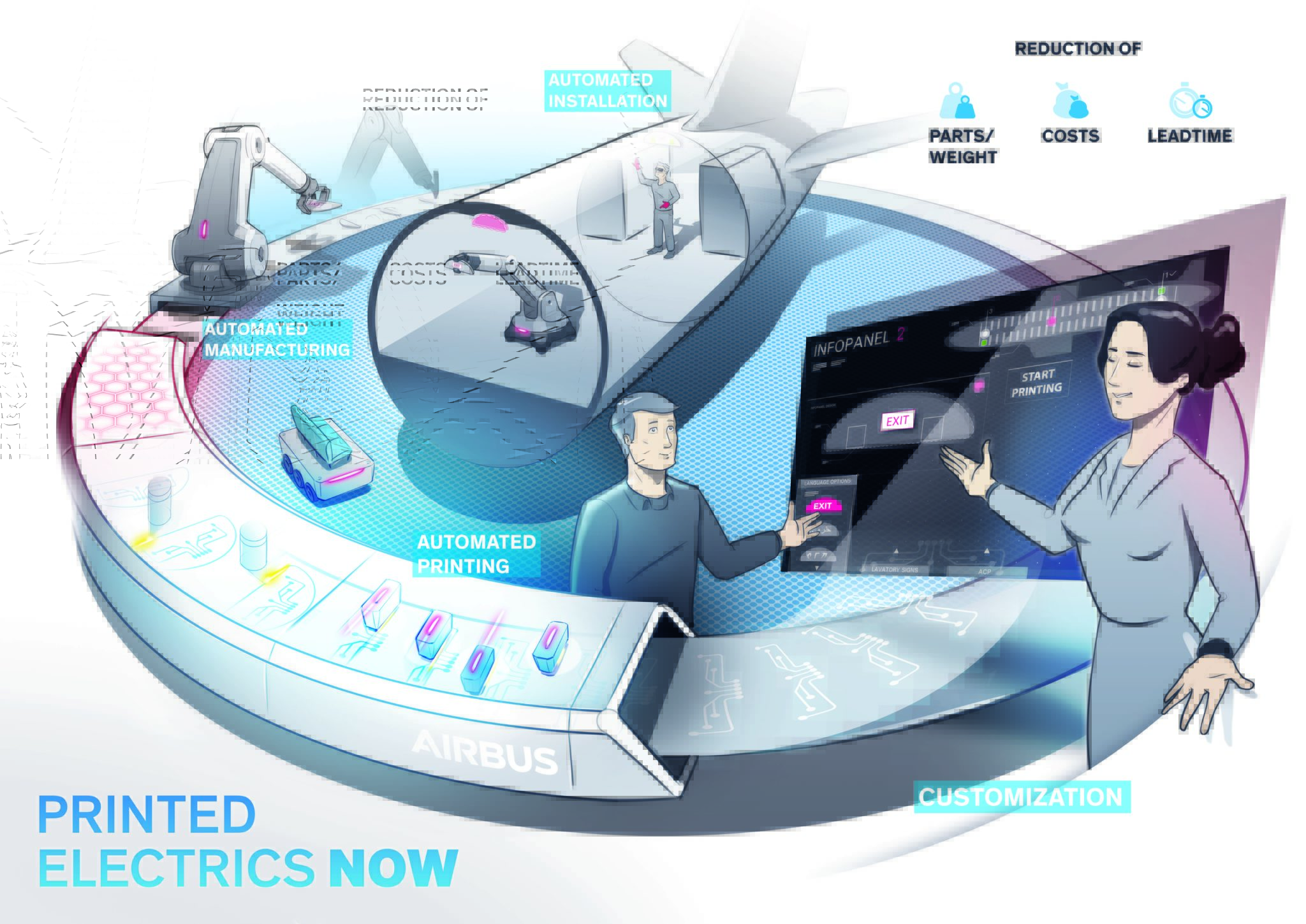 The “Passenger Comfort Hardware” category is all about individual components to increase passenger comfort. The focus extends to the back rows of the aircraft cabin: Californian company LIFT by EnCore, in collaboration with Boeing, has developed a comfortable approach to long-haul seating even in tourist class for the 787, soaring into the final for this category.

The segment’s major players, Rockwell Collins and Zodiac Aerospace, are here too. The former developed the “Valkyrie Bed”, a form of roll-up mattress for Business Class, which can be drawn out of the side panel, across the seat, for a more comfortable sleep. Zodiac’s “Eco Zlounge”, meanwhile, enables Economy Class passengers to make use of an empty seat in front of them to stretch their legs onto the seat surface in front. 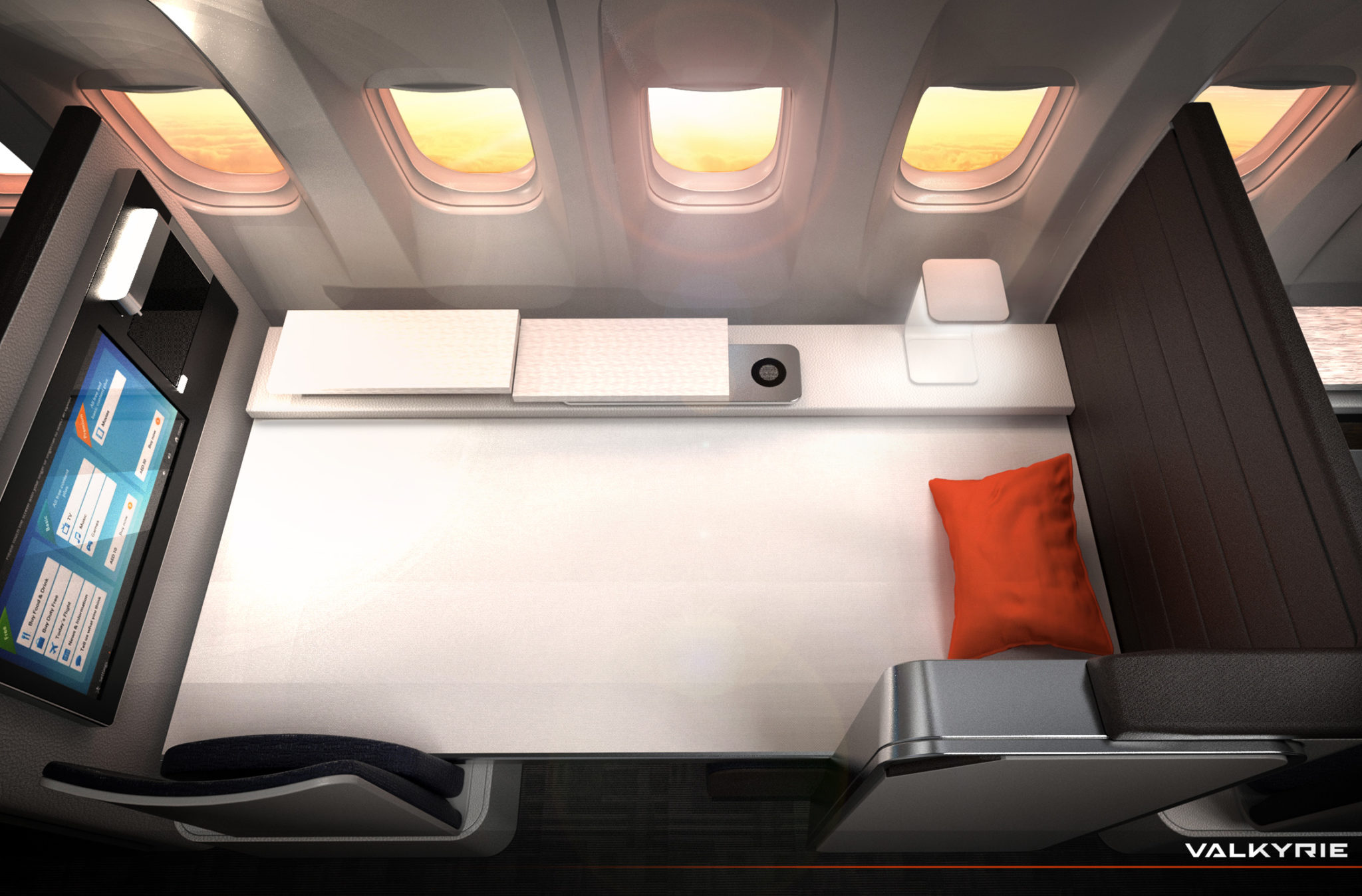 The Crystal Cabin Award isn’t just about the big names in the aviation industry, though, offering the next generation of stars the opportunity to position themselves with creative ideas. Universities from around the world are represented again this year in the “University” category. Britain’s Cranfield University made it into the final with “E-tom Smart”, a water tap that atomises water to achieve on-board water savings of up to 90 percent without impacting the cleaning effect for the passengers’ hands.

The University of Edinburgh made it to the final round, too, with its pioneering “Li-Fi” technology, using visible light to transmit data much like wifi. “Li-Fi” is also extremely practical from a security perspective, too, as the transfer network only exists as long as the human eye can see the light source. America’s University of Cincinnati, the third finalist, is also pointing the way to the digital future. Together with Boeing, students have developed a hologram surface that turns the aircraft cabin into a virtual extended Space. 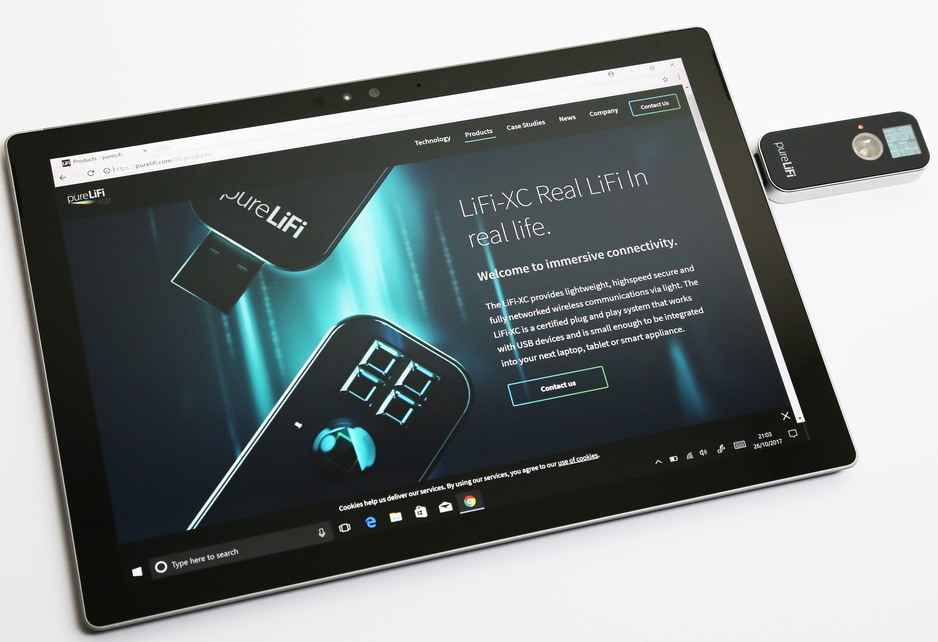 The “Visionary Concepts” category, meanwhile, looks even further into the future. Included here this year is the “Day and Night” concept from Airbus, dividing premium cabins into a living/working zone and a separate sleeping zone. Finalist Renacens of Spain provides a virtual view of the cabin. Reminiscent of Google Street View, the 3D Seat Map VR allows passengers to pass through the cabin from home to choose their preferred seat for their next flight.

Finalist Rockwell Collins, meanwhile, has gone significantly further with its “Universal Passenger Seat Interface” concept: an electronic system for seating that can be deployed everywhere from aircraft to private cars, creating completely new synergies throughout the transport sector.

Who will win the Crystal Cabin Awards 2018? Information on the awards ceremony and Trophies

To win, the 24 finalists now have to present their ideas in person to the 28 international experts of the jury. The winners will be announced, as every year, as part of the leading global trade fair for aircraft cabins, the Aircraft Interiors Expo (10 – 12 April in Hamburg), at a gala dinner to be held at the Hotel Atlantic Kempinski on the evening of Monday, 10 April. The winners will then present their concepts once more at the Expo in the Crystal Cabin Award Gallery, Hall B3, 1st floor, on Thursday 12 April, at 11 AM. Information on all finalists will be available there throughout the entire Expo.

The list of sponsors of the Crystal Cabin Awards reads like a Who’s Who of the international aviation industry:

You too can become a supporter of the Crystal Cabin Award. Information on sponsorship opportunities and packages is available from Carmen Krause (carmen.krause@crystal-cabinaward.com).

The Crystal Cabin Award is THE international prize for innovations in the field of aircraft cabins. A high calibre jury made up of renowned academics, engineers, specialist journalists and airline and aircraft manufacturer representatives comes together under the slogan “Let your ideas take off” to honour extraordinary cabin concepts and products. The competition was launched by Hamburg Aviation and is organised by the Crystal Cabin Award Association. The award, to date the only one of its kind, has been presented as part of the Aircraft Interiors Expo in Hamburg every year since 2007. The trophies have become a seal of quality, known and coveted around the world.