It is one of the most coveted awards in the international aviation industry. Year after year, suppliers, major aircraft manufacturers, universities and airlines alike join the fray in the hope of holding aloft one of the snow-white Crystal Cabin Award trophies.

In 2018, the most prestigious prize for aircraft cabins and passenger comfort will be presented for the 12th time, with a record number of entries for the fifth year in a row. A total 91 innovative concepts from 18 countries have made it onto the shortlist this time around. The spectrum ranges from individual lightweight components to a long-haul VIP aircraft with on-board cinema, from a practical economy-class module to a first-class suite.

In the industry, a victory in the Crystal Cabin Award ceremony is the equivalent of a knighthood, and the global media resonance is significant too. The decisions of the 28 expert jury members on this year’s pioneering aviation concepts will be finalised on 10 April, 2018, during the industry’s leading trade show, the Aircraft Interiors Expo (10 — 12 April, 2018).

Five prominent aircraft manufacturers are represented on the Crystal Cabin Awards shortlist this year: Airbus, Boeing, Bombardier, Embraer and Gulfstream. Other major players in the industry, such as Diehl, Rockwell Collins and Zodiac Aerospace are shortlisted too, joined by student concepts from ten universities from all over the world.

Making flying almost like a hotel stay, distinguished international airlines are also amongst the shortlisted candidates for the 12th Crystal Cabin Awards, particularly in the premium segment.

The new A380 first-class suites from Singapore Airlines, for example, create an experience not far removed from a hotel room. And if you are not travelling alone, a crew member can remove the partition wall to the neighbouring suite and you will have a real double bed.

Qatar Airways goes one step further with the new Business Class QSuite: where needed, up to four seats can be faced at each other to create an “open-plan compartment” for the whole family.

There’s good news for those whose budget is more likely to see them travelling in the open plan section of an intercity train, too: the new Airspace Cabin on the Airbus A320neo will provide a hotel-like atmosphere for all classes on short- and medium-haul flights. 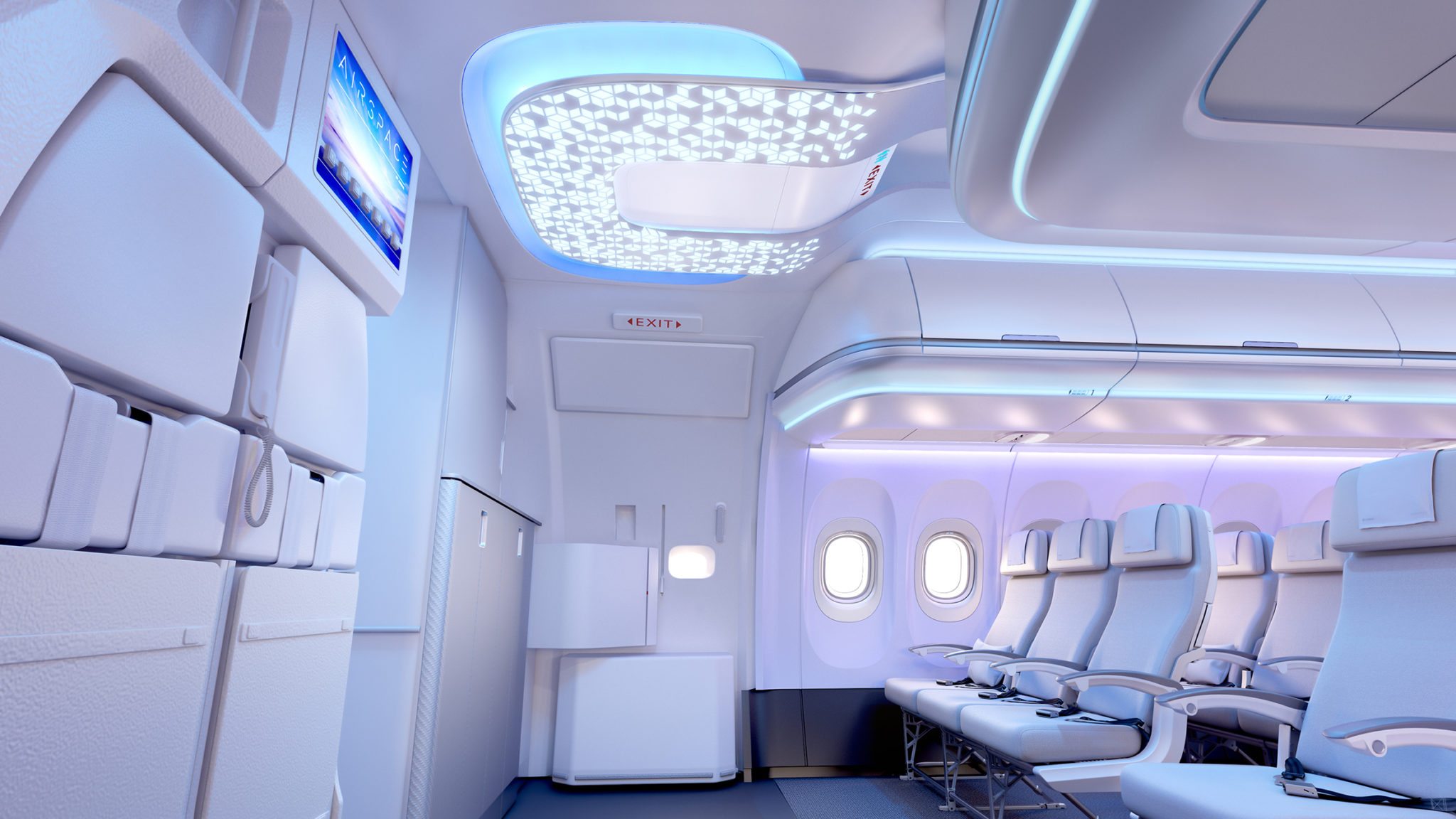 Airspace by Airbus is based on a consistent range of strong cabin product elements, which provide tangible benefits to passengers and differentiation to airlines.

Every millimeter counts, and economy passengers benefit too

But even the most stylish design is cold comfort for a passenger engaging in a battle for the armrest in a cramped economy seat.

At least the industry seems to have recognised the problem. Numerous shortlisted entries for the Crystal Cabin Award are focussed explicitly on the passenger experience in the “back rows” of the cabin. There are two entries of innovative armrests with space for two elbows. And the noise-absorbing headrest from seat manufacturer Haeco will bring smiles of relief to those who are disturbed by the neighbouring passenger’s choice of volume; with a single movement, the headrest folds across the ears.

The queue for the toilet may soon be a thing of the past, too, when the new lavatory concept from Jamco and the urinal solution from Zodiac Aerospace significantly reduce the time spent in the smallest cabin on the plane. 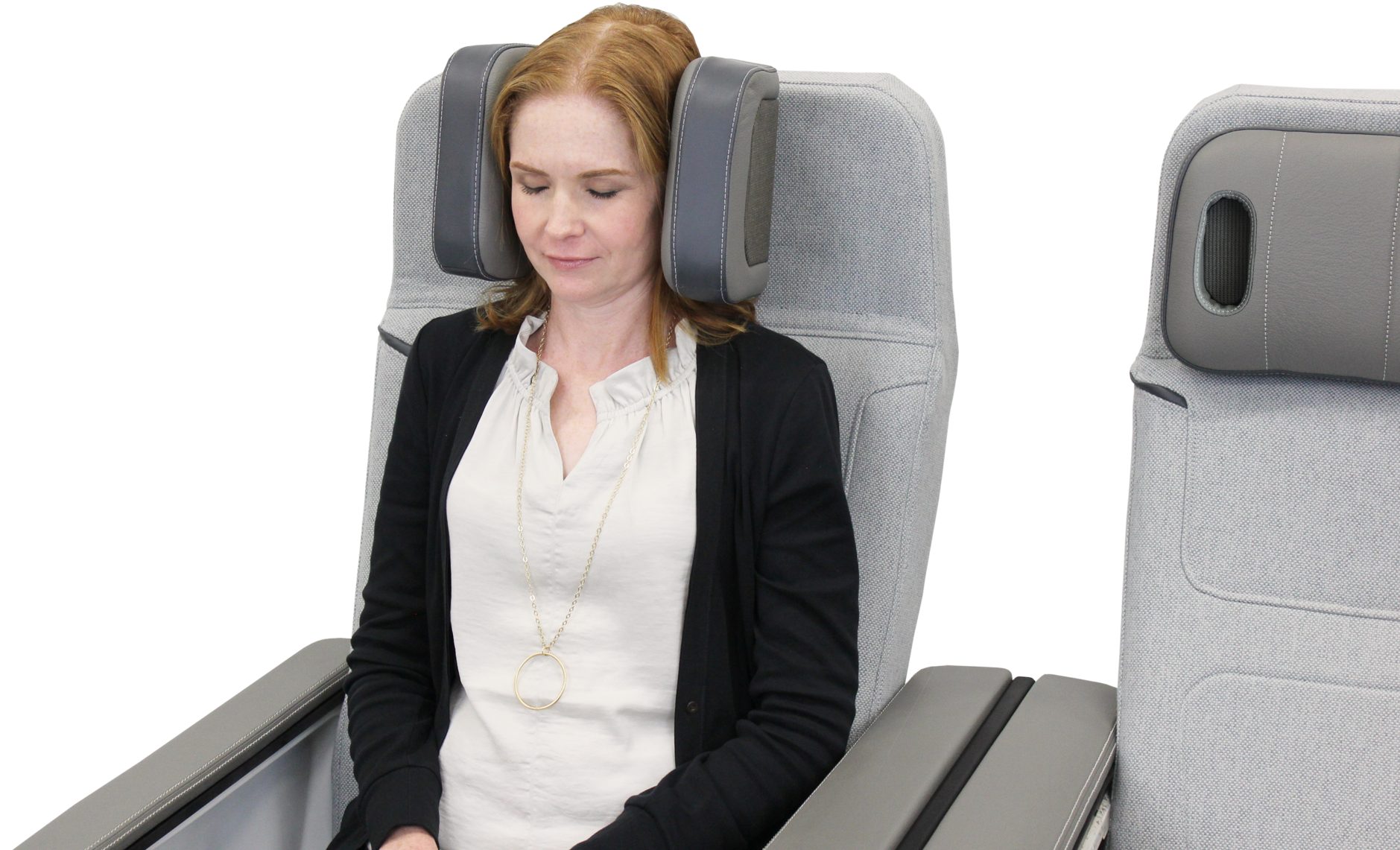 The Crystal Cabin Award shortlist, of course, does not only cover the basic needs of the passengers. There are numerous submissions in the multimedia area that will delight every tech fan and make sure that time spent on board flies — both figuratively and literally.

This includes the first 3D monitor for in-flight entertainment and even VR glasses for deep immersion in new entertainment worlds in the sky. Another digital trend is the extension of the flight experience to include the time before boarding, such as individual seat selection via a virtual walk through the cabin, and advance selection of films and music on the passenger’s own smartphone or tablet. 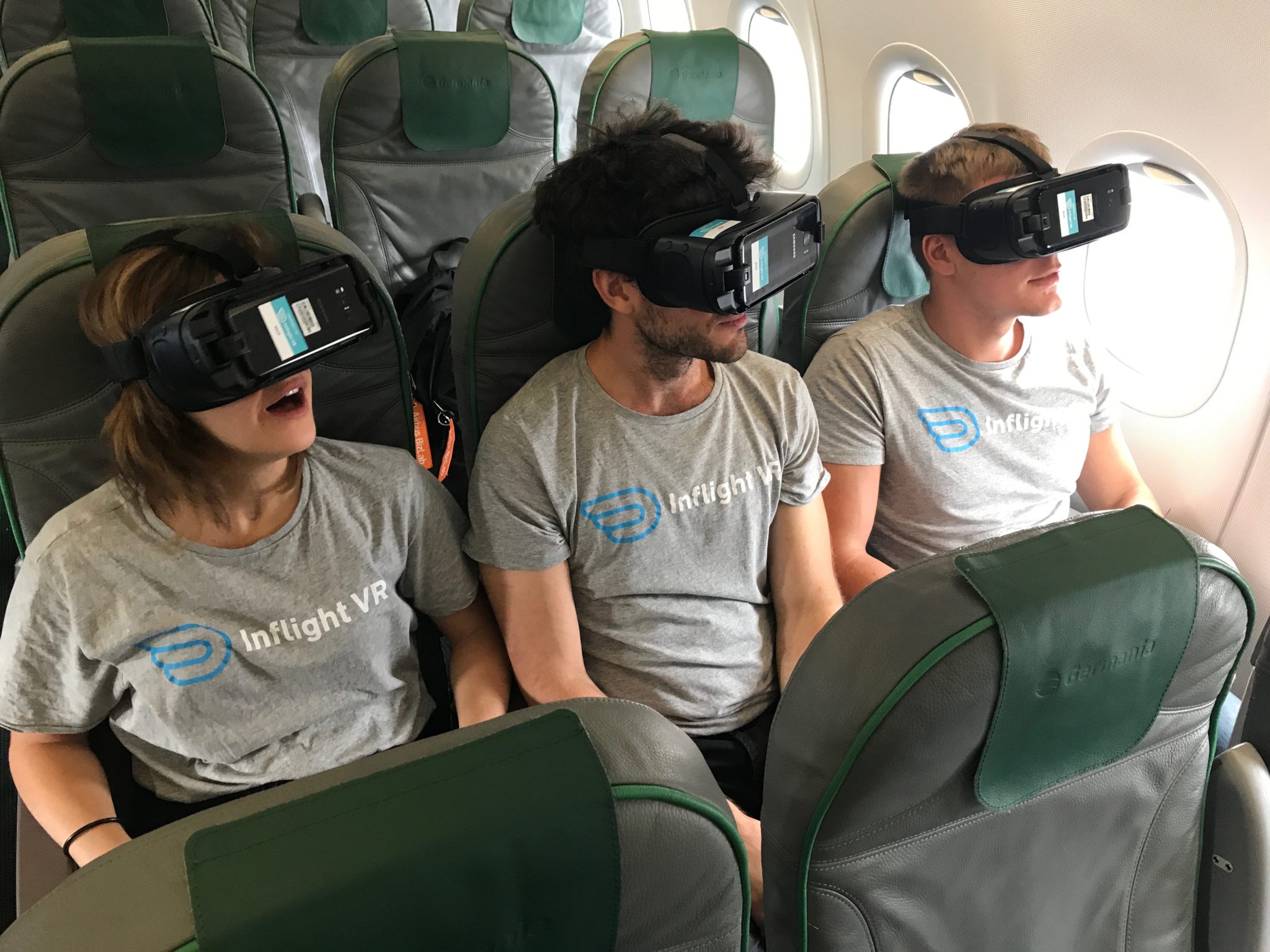 Some airlines are testing VR as IFE.

The increasing digitalisation benefits not just passengers, but also the airlines themselves. Particularly good examples are provided by engineering service provider Altran, with a system for sending relevant information to crew members via smartwatch, and Airbus, with plans to print the cabin electronics on panels instead of tedious cabling work. And if simple improvements in everyday passenger experience are what you are looking for, rather than futuristic industry concepts, you will be taken with the unpreposessing box produced by US manufacturer Astronics, allowing for rapid recharging of your own laptop via USB.

What’s next in the 12th Crystal Cabin Award?

For each category, the 28 international experts on the Judging Panel choose three shortlist entries as finalists (announced at the start of March). These concepts can then be pitched to the jury in person within the framework of the world’s leading trade fair for aircraft cabins, the Aircraft Interiors Expo (Hamburg, 10 – 12 April). 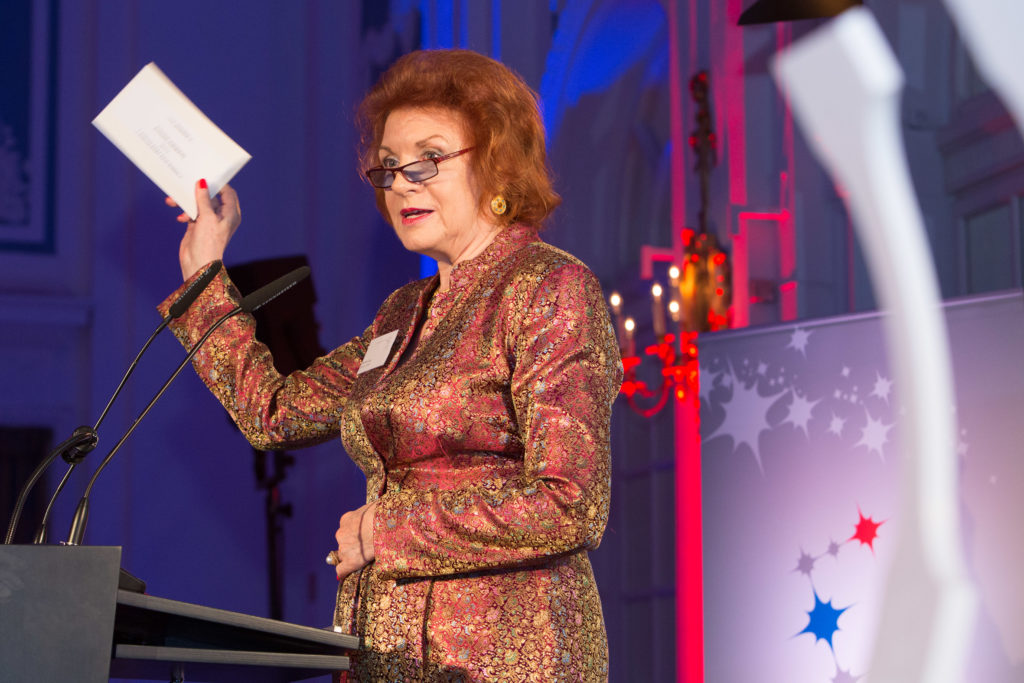 The winners of the Crystal Cabin Awards 2018 will be crowned at a gala dinner in Hamburg’s Hotel Atlantic Kempinski on the evening of 10 April.

You too can become a supporter of the Crystal Cabin Award. Information on sponsorship opportunities and packages is available from Carmen Krause (carmen.krause@crystal-cabin-award.com).

The Crystal Cabin Award is THE international prize for innovations in the field of aircraft cabins and passenger experience. A high-calibre jury made up of renowned academics, engineers, specialist journalists and airline and aircraft manufacturer representatives comes together under the slogan “Let your ideas take off” to honour extraordinary cabin concepts and products. The competition was launched by Hamburg Aviation and is organised by the Crystal Cabin Award Association. The award, to date the only one of its kind, has been presented as part of the Aircraft Interiors Expo in Hamburg every year since 2007.