Airbus’ revelation this morning that it is relying on forging a new deal with A380 operator Emirates to keep the flagship program alive signals that the European airframer’s cabin densification project has not yet proven enticing enough for brand new operators to order the type.

To be sure, some current A380 operators are eyeing the “cabin enabler” options on offer from Airbus. For instance, Air France last year revealed it is studying an 11-abreast configuration for the main deck when it retrofits its A380s in the 2020 timeframe, and noted, “We are not the only one. Many of us [A380 operators] are looking at it.”

But the cabin enablers haven’t revitalized new sales of the A380.

Leahy on #A380: "Quite honestly if we can't get a deal with @emirates we will have to shut down the programme"

In addition to the 11-abreast option for a 3-5-3 configuration in the lower deck, Airbus is offering a new rear stair option which can be combined with a new galley module or offered in standalone form. A new forward stair would remove the signature sweeping staircase of the A380. All of these cabin enablers would aid in the densification of the aircraft, driving better economics out of the super jumbos.

When these options were formally offered last year, Dr. Kiran Rao, EVP of strategy and marketing at Airbus, made clear that they were aimed at current A380 operators, saying it’s a “smart” way to improve the economics while “innovating” in passenger comfort.

But he also noted that:

Only the A380 has the economies of scale and development potential to efficiently solve the problem of increasing congestion at large airports while providing the best comfort for passengers. The aircraft can also serve fast growing markets and airlines regional airports, so we are adapting the aircraft to meet evolving market needs.

A total 15 A380s were delivered by Airbus in 2017, which is in line with Airbus’ revised delivery guidance last year; 12 A380s are expected to be delivered this year, and that number will drop again in 2019. Emirates still has 41 A380s on order with Airbus. But if no new deal transpires – to tide over Airbus with a production rate of roughly six per year until congested airports of the future create a greater need for the super jumbo – the company could stop the program altogether, multiple media outlets are reporting this morning.

Though the A380 has been seen as being on life support for some time, Airbus’ comments will nonetheless be a disappointment for major suppliers to the A380 program, including Germany’s Diehl Aerosystems, which last year expressed hope that airlines would embrace the new options being made available by Airbus to enhance efficiency of the double-decker aircraft.

Diehl supplies the A380’s doors and slide management system, slat flat control computer, and cabin lighting, and its joint venture with Thales developed core avionics for the type. While production cuts affect the firm, Diehl stressed it remains flexible, and can ramp up again to support higher volumes for Airbus should the need ever arise in the future.

The niggling bit about the A380’s seemingly dire prospects is that passengers quite simply love the aircraft. It is “absolutely the best long-haul ride ever,” declared one commenter on Twitter this morning. But despite the positive #PaxEx reviews, airlines aren’t buying.

That’s not to say Airbus didn’t have good news to report this morning. In 2017, Airbus achieved record performance by delivering 718 total aircraft “married with its fifth largest order intake of 1,109 jets”, said the firm. Alas, it saw no new orders for the A380 in 2017 or indeed in 2016. 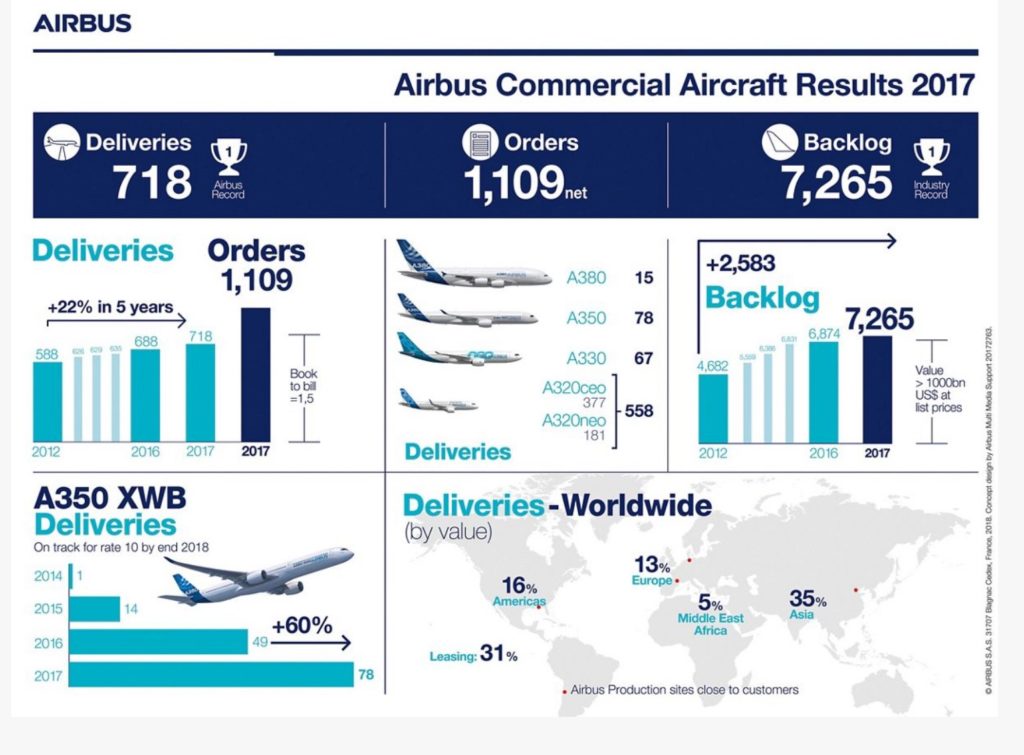 Press Release: Immfly on why the sky is the new marketplace for brands