On 14 November, Singapore Airlines spokesperson James Boyd contacted RGN to update the airline’s initial line and to say “the Stelia Opal seat cited in a 27 October article as being slated for the SQ regional business class is not correct.  We’ll be making an announcement on the seat products we’ve selected in due course.” RGN, which has a Stelia executive on record stating that “the deal is done” for Singapore Airlines to take Opal as its regional business class, has asked Singapore Airlines and Stelia for confirmation of the situation, and will update this article with further information.

Another seatmaker is seeing vindication of a compact staggered business class seating product, with Singapore Airlines choosing Stelia Aerospace’s Opal for its new Boeing 787-10 aircraft, which are expected to focus on the regional Asia-Pacific market.

The airline currently offers a Weber (now Zodiac Aerospace) 7811 angled lie-flat seat as its regional product, which was beyond its prime some years ago — and currently feels very much sub-par. Replacement by a fully flat bed with direct aisle access will be a major step up in #PaxEx terms, and is a real sign of things to come in business class.

The news, first reported by Australian Business Traveller and independently confirmed by RGN, is fascinating for a number of reasons, and will go a long way to bringing regional SQ flights up to the longhaul standard. First, the rise of the new generation of compact staggered seats like Opal and Zodiac’s Optima (the base for United’s Polaris) has already seen these products selected for low-yield longhaul leisure-focussed routes by Air France in Optima’s case, in addition to the début Polaris product, once it eventually arrives in a sufficient quantity. In Air France’s case, these replaced longhaul angled lie-flats; in United’s, the worst fully flat bed on the longhaul market. Expect more of that as airlines invest in their next generation of business class seats.

For this kind of seat also to be installed to replace angled lie-flat seats on a regional passenger experience powerhouse like Singapore Airlines is remarkable, and suggests that carriers focussed on premium #PaxEx may well leapfrog non-direct aisle flatbeds in their regional fleets, potentially also including the coming generation of mid- to longhaul narrowbodies. It sets a significant bar for the Singapore Airlines group’s competition in the premium markets growing in strength in the Asia-Pacific region, with the new Opal implementation sitting alongside SQ’s strategic underutilisation of longhaul business seats, its strong soft-product premium economy offering, the ScootBiz premium economy-style low-cost carrier product, and SilkAir’s narrowbody business class. 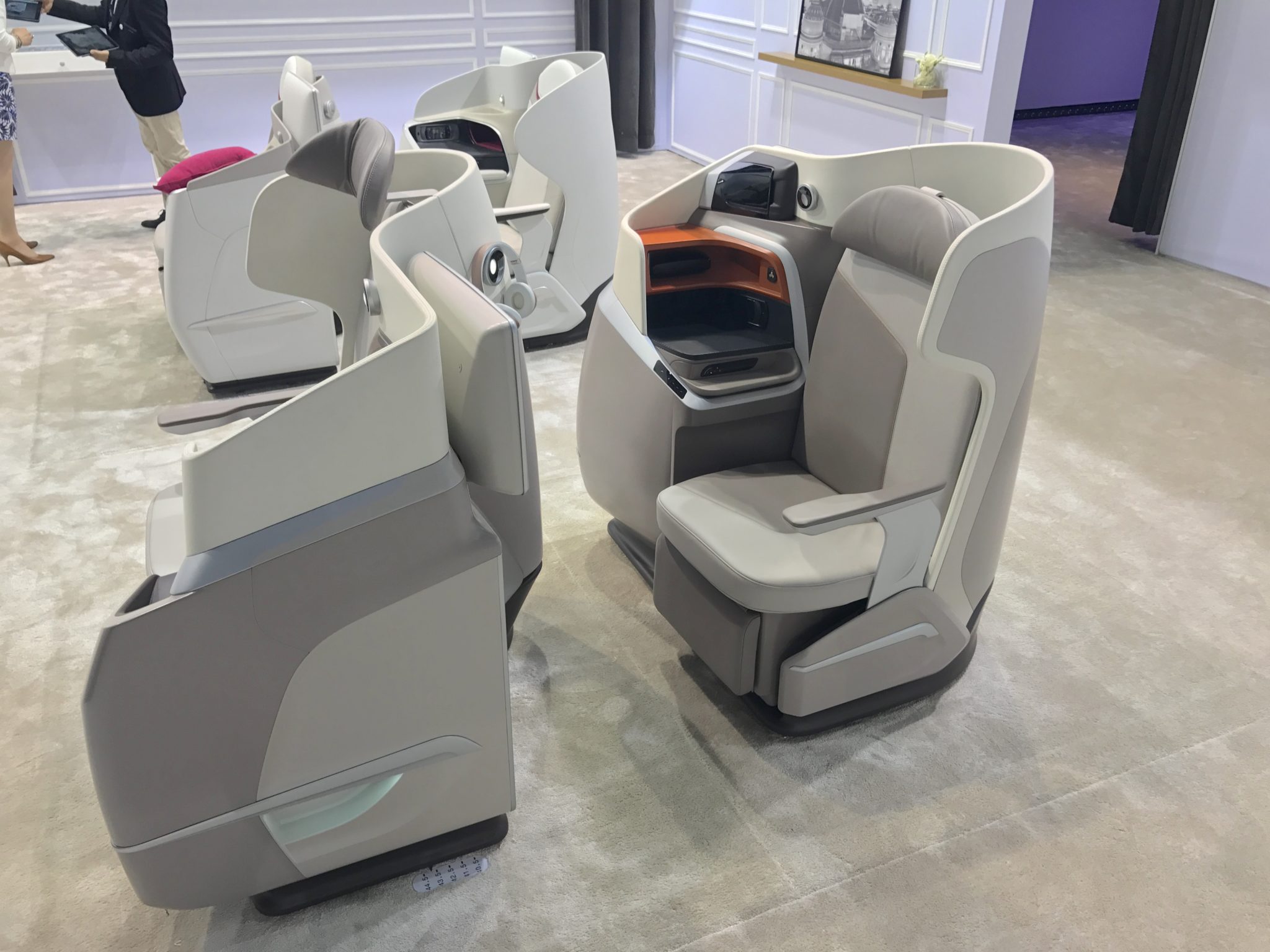 Second, the move to take seats from Airbus subsidiary Stelia for the Boeing 787-10 – and for what will likely be the top product on a much-feted Boeing aircraft – is notable (and not a little bit industry-political) in and of itself. A Boeing spokesperson told RGN that, “In general, the Stelia Opal seat product is available for line-fit on our ‎787 Dreamliners,” but that “you’ll need to speak to Singapore Airlines directly about their specific configuration.”

Stelia has also yet to respond to a request from RGN for further information on the 787-10 linefit question. The airline, meanwhile, seems keen to keep the deal mum, with spokesperson James Boyd stating only that “an announcement regarding the configuration and cabin products that will be onboard our 787-10 will be made closer to the aircraft’s entry into service.”

Third, the move would be a substantial vote of confidence from a bellwether airline in Stelia’s decision to create and market Opal, a highly customisable seat that is as remarkable in person as its numbers — an astounding 40.5” pitch minimum that keeps bed length the same as the standard greater pitch on Solstys III, with a 9.5” standard egress gangway.

Singapore Airlines has rarely been afraid to take calculated risks to innovate in premium passenger experience, including with its flip-over longhaul business class and its introduction of the first-ever first class suites a decade ago. That they are doing so with a Stelia product is impressive, and indeed suggests that the zones of flexible customisation approach Stelia and others are taking has struck a chord. 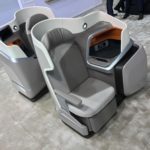