“To participate, passengers need to be travelling with a modern ePassport which contains a digital face image of the holder within the electronic chip embedded within the document,” says Sumesh Patel, president Asia Pacific. “Smart Path uses the ePassport chip image to check that the passenger creating the single travel token at the kiosk, is the correct person or passport owner.”

The system supports biometric capture at kiosks, checkin desks or bag drop. While the system does not yet work with passengers using at-home printed, mobile or wearable boarding passes, Patel says that SITA is working on developing technology to link those two processes together.

At the checkin kiosk, Patel explains, “having completed check-in as normal, using this industry standard common-use self-service check-in kiosk and airline application, passengers can enroll their biometric details to create a single travel token in just a few seconds. Once the single token has been created, it is securely stored using SITA’s single travel token management service and then used to verify the passenger’s identity at subsequent stages of the journey.”

In the event that a boarding pass is needed to access the departures area, passengers will be identified by the biometric token at this point as well, although it is questionable whether this will save time in those instances where only a boarding pass (and not identification) are required. Scanning a barcode is likely to be faster than facial recognition, although as the system develops in service it can be expected to speed up.

At boarding, “the enrolled passenger simply steps-up to the automatic gate and looks into the camera. The system captures the facial biometric and when the identity of the passenger has been verified and the airline system has approved boarding, the gate opens and the passenger can proceed to the aircraft – no need to scan any documents.”

Australians and New Zealanders are already well used to kiosk and ePassport-based systems thanks to an early rollout by Qantas and Air New Zealand of checkin kiosks, plus the well-received SmartGate immigration kiosks on both sides of the Tasman Sea. “Smart Path is different,” Patel says, “because the passenger presents their documentation and biometric at the beginning of the process and from then on at every step of the journey simply presents their biometric – i.e., face to a camera – to pass the checkpoint. It is a seamless, secure, 100% self-service passenger experience.”

Interestingly, though, the requirement to show identification at the boarding gate does not seem to be enforced at all Australian airports even now. Your author flew from Melbourne to Hong Kong in mid-March and noted that the Cathay Pacific gate agents did not examine identification on boarding, only the boarding pass. Elsewhere, Lufthansa already operates self-boarding gates too, although some destinations require a further ID check.

“Through SITA’s live trials, such as the one at Brisbane Airport, the various benefits in different scenarios will be measured and evaluated,” Patel says, declining to put a number on time, staffing or other monetary benefits to be expected, nor on the percentage of passengers expected to be unable to the system owing to accessibility or other reasons. 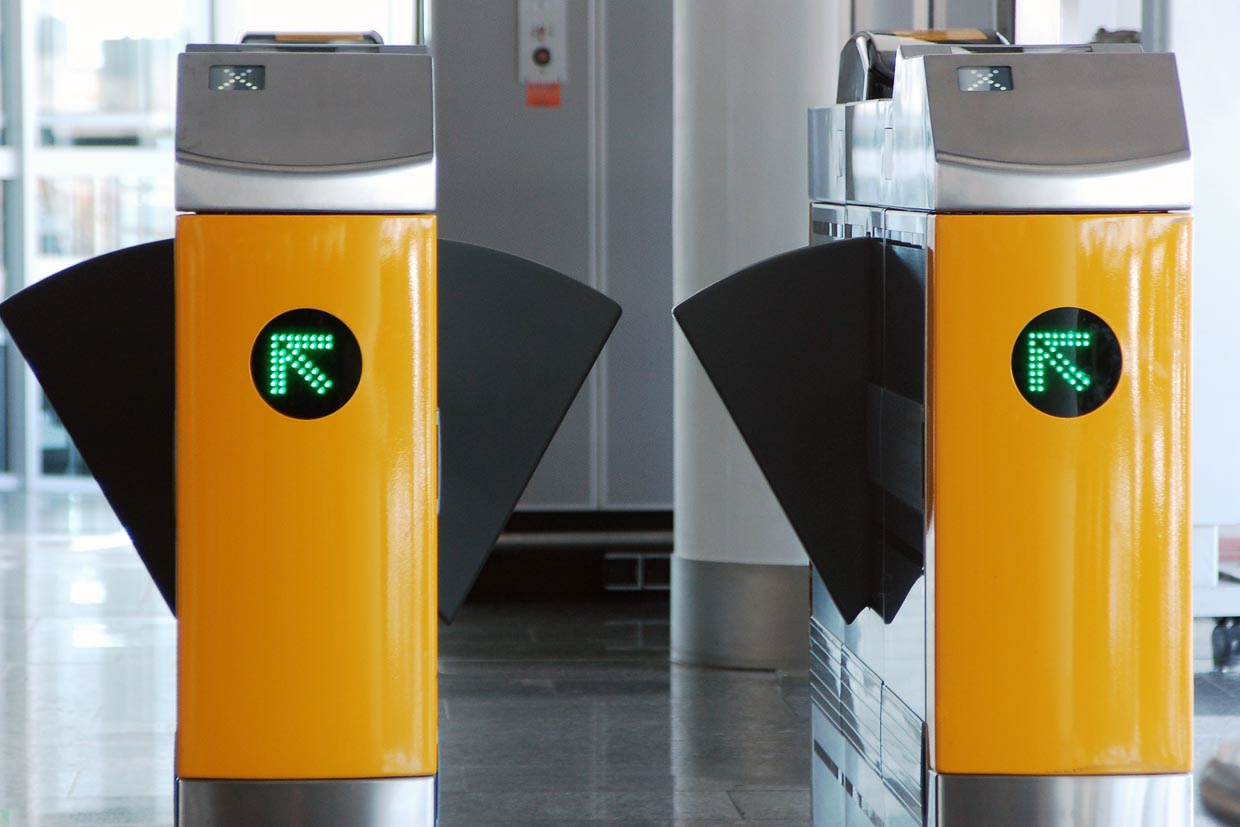 Self boarding already exists but biometrics can enable it where an extra ID check is needed. Image: SITA

Ethnicity is not expected to be a stumbling block, Patel notes. “Face biometric technology is the standard used throughout the world for the issue of ePassports. Corresponding identification and verification software is very sophisticated and copes very well with all ethnicities. To the naked eye, two people may be very similar in appearance but to the software used, even the slightest differences in facial features and dimensions are very evident.”

Face coverings for religious or other reasons should also be supported, at least to an extent. “The face recognition software relies on the camera being able to see the same amount of face as was visible in the picture originally used to create the ePassport. Just like sunglasses or hats, if critical parts of the face are obscured, then the software may not be able to successfully compare the passenger against the ePassport,” Patel explains, noting that the same is true for passengers who wear spectacles: it’s about matching the face presented in the passport photo, which generally requires passengers to remove glasses.

It doesn’t sound, however, that the system will be fully accessible to people with reduced visibility or manual dexterity, although the issue is on SITA’s radar. “This is an important aspect of all services provided at airports and the design of kiosk hardware and associated screen graphics is being continually updated to accommodate local and international standards. We are always on the lookout for ways to improve usability for all passengers,” Patel says. 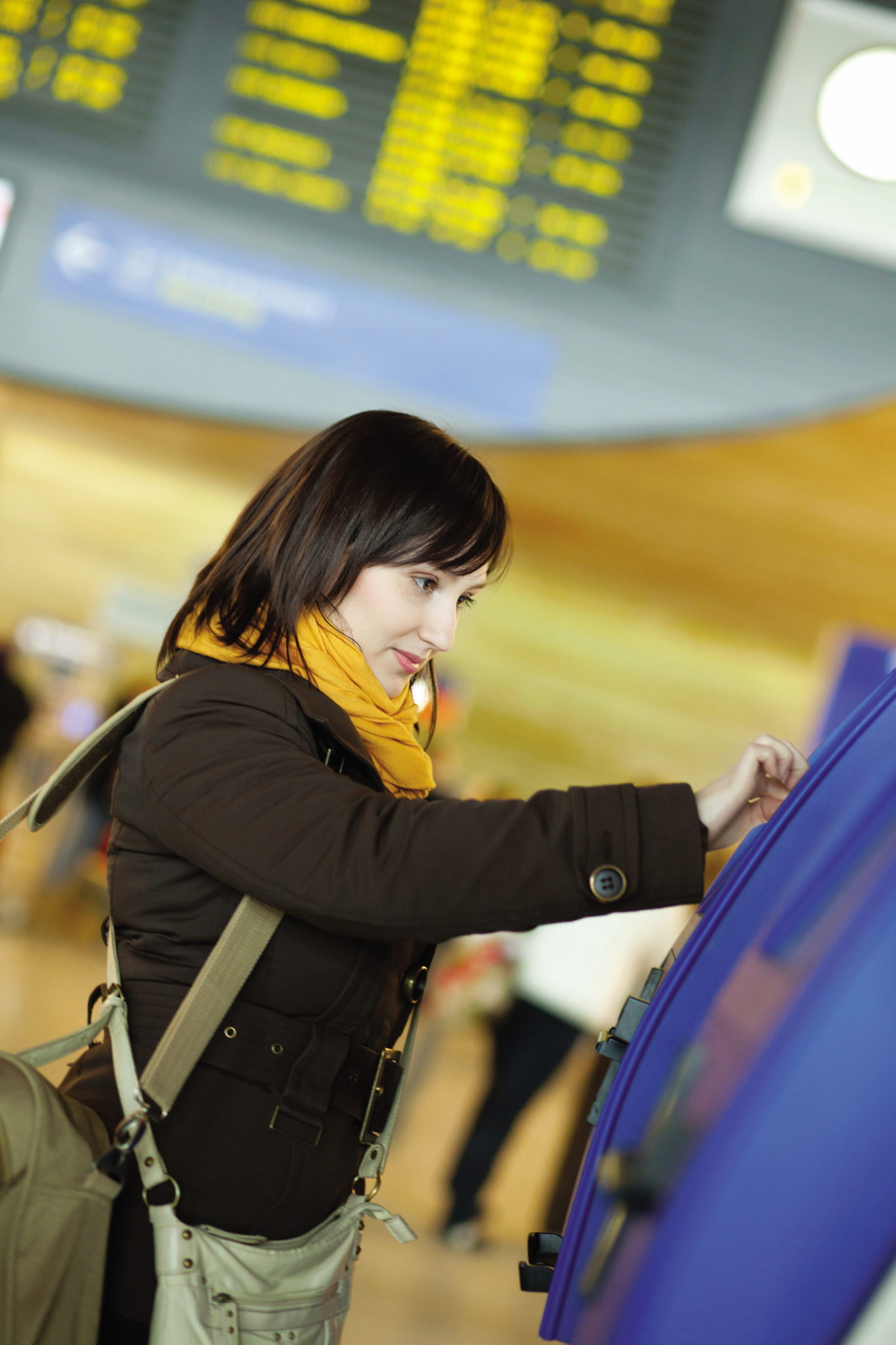 Many passengers prefer to use kiosks rather than wait in line but not all kiosks are accessible to all passengers. Image: SITA