There are few things that cause seconds to minutes in the air to feel like they’re stretching into hours, but waiting for the flight attendant to come round with the trolley is one of them. The movie is paused…the book put away…the phone tucked into our pocket. But what innovation has there been in the way that most passengers are served since the jet age?

Hamburg-based Altran thinks it has the solution: an autonomous trolley that rolls through the cabin, delivering food and beverages to passengers. Andreas Maier, technical unit director for systems engineering, and Rüdiger Ebeling, operational director for business development, sat down with Runway Girl Network to learn more.

The basic idea seems sensible, but Altran is planning to develop the concept in several stages. The first is a “race trolley”, which is just to prove the manoeuvrability concept.

Compared with a regular trolley, Maier tells RGN, “the main differences is the autonomous drive. It means we have a battery-powered electronic system included, which makes it possible to steer the trolley autonomously. We’ve attached sensors so we have autonomous seat detection too. With that, we can open up a lot of different possibilities or actions for the trolley.”

“As you can imagine,” Maier continues, “the second step could be beverage delivery, meal delivery, or something like a self-moving vending machine through the cabin where passengers can buy things without any help.” A third step could be “garbage collection, and then the final step would be what we handed in for the Crystal Cabin Awards, our idea of a trolley which has been pre-filled according to pre-entered wishes of the passengers, packed in order and serving the passengers the meals they have ordered previously.” 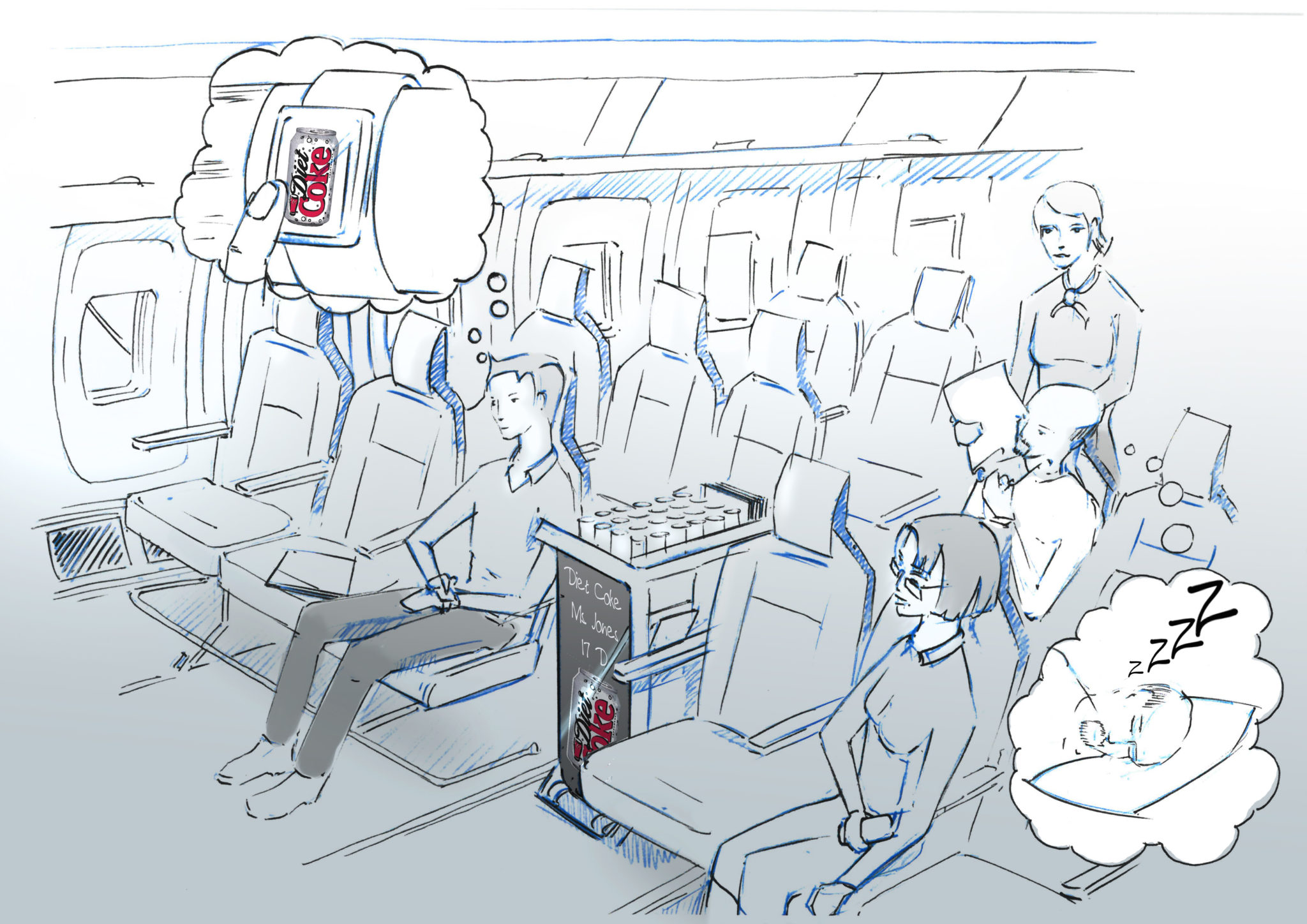 The crunch time isn’t when cabins are empty of course but when they’re full. Image: Altran

Ultimately, the level of trolley autonomy can be controlled by the crew: with early models it can do the driving from row to row, releasing the crew to hand out meals and drinks, and with later versions it could be a fully automated, vending-style solution.

“Currently the control is done by wifi,” Maier explains. “We’re working together with Airbus on several projects to implement a whole cabin wifi, because the normal ranges are already quite occupied and we could have some problems, but there are solutions currently being investigated to build cabin wifi and to use that for the trolley — not to interfere with the IFE wifi.” 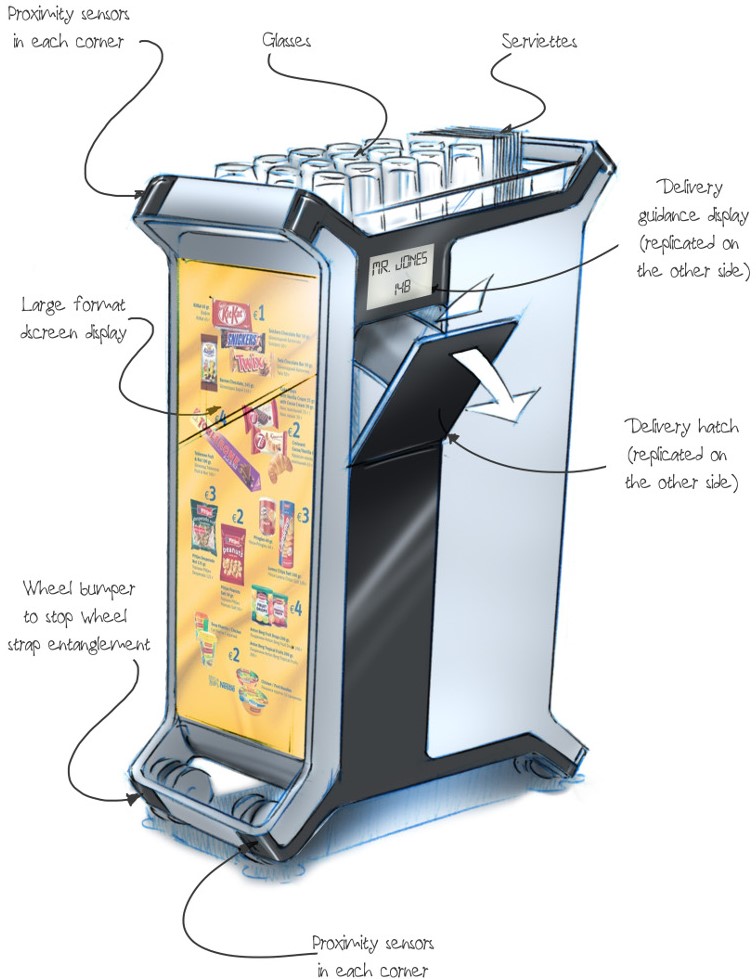 A future version of the trolley would be fully autonomous. Image: Altran

Of course, an obvious hurdle is regulatory, with aviation regulators like EASA and the FAA the key approvals to seek. “To be honest, we haven’t spent that much on the regulation items so far,” Maier admits. “We first thought about whether it would be possible, and the answer is yes. Second, would it be certifiable? We think it should be — why not? We are not creating any electronic field in the aircraft. We know where the borders are there, and we will be within them. According to our understanding of the rules, there should be nothing against it, especially in the first instance when it could be controlled by the flight attendant anyway, so they would be able to regain control of it. So, it won’t go berserk. We don’t expect any difficulties, but it must be certified.”

But what about the bane of flight attendants (and passengers): the person who needs to squeeze past to pop to the lavatory? “This is a feature we are currently working on,” Ebeling says. “It’s not 100% solved at the moment. We would be happy if we could make the trolley smaller than the current ones, but the reason we’ve built it to the standard size is that it fits into the galley features inside the aircraft. It makes even more sense to reduce the size of the trolley.”

In terms of cost, the actual mechanics don’t sound particularly complex or expensive, Maier explains. “For the production cost, if we divide it into separate parts of the trolley. If you imagine a race trolley, it’s just the driving components. We’re expecting not really expensive — a couple hundred dollars. It makes it just a little bit more expensive. Of course, if we’re thinking about the complete beverage distribution and so on, you need more electronics and more mechanics inside the trolley, so from the trolley cost itself it may be a little bit more expensive.”

While development so far has been entirely Altran, Maier says, “We’re talking at the moment with potential partners: trolley manufacturers, e-commerce partners, and having the complete chain for the trolley. It needs to be foolproofed and further developed, together with partners. Altran is a service company — we will not produce the final material in the end, so we’ll need to have a partner who is producing the trolley. We need to have an agreement with the partner to do the real development. ”