Flying in Singapore Airlines first class out of Changi on a frequent flyer mileage ticket recently, I stopped in at the airline’s Private Room first class lounge, available only to passengers flying in SQ’s own first class. With the airline’s high standards in first class setting my expectations equally high, I checked in at the first class wing of the terminal, which is separated from the rest of Singapore Airlines’ terminal 3. It’s a massive space, linking to the Private Room in its decor, and without any other passengers it felt a little hard and impersonal. Some strategic space dividers made from a soft, welcoming material would help here.

The helpful staff couldn’t have been more welcoming, and sorted out my checkin swiftly, affixing the small golden sticker that means Private Room to my boarding pass and handing me an invitation. Surprisingly, though, there was no map on the back, and no escort through emigration. In fairness to Singapore Airlines, I was looking for duty free to pick up a present, and might have missed something, but I got turned around and went up the wrong escalators. For first class passengers, this is another area ripe for improvement — and something that other airlines do offer.

Getting to the Private Room is rather like the passenger experience version of Narnia. First, you go enter the SilverKris business class lounge, then you’re ushered by the front desk lounge attendant through that lounge and  then through the first class lounge (for partner first class passengers and Singapore high-tier frequent flyers) before being welcomed into the rarefied air of the Private Room. 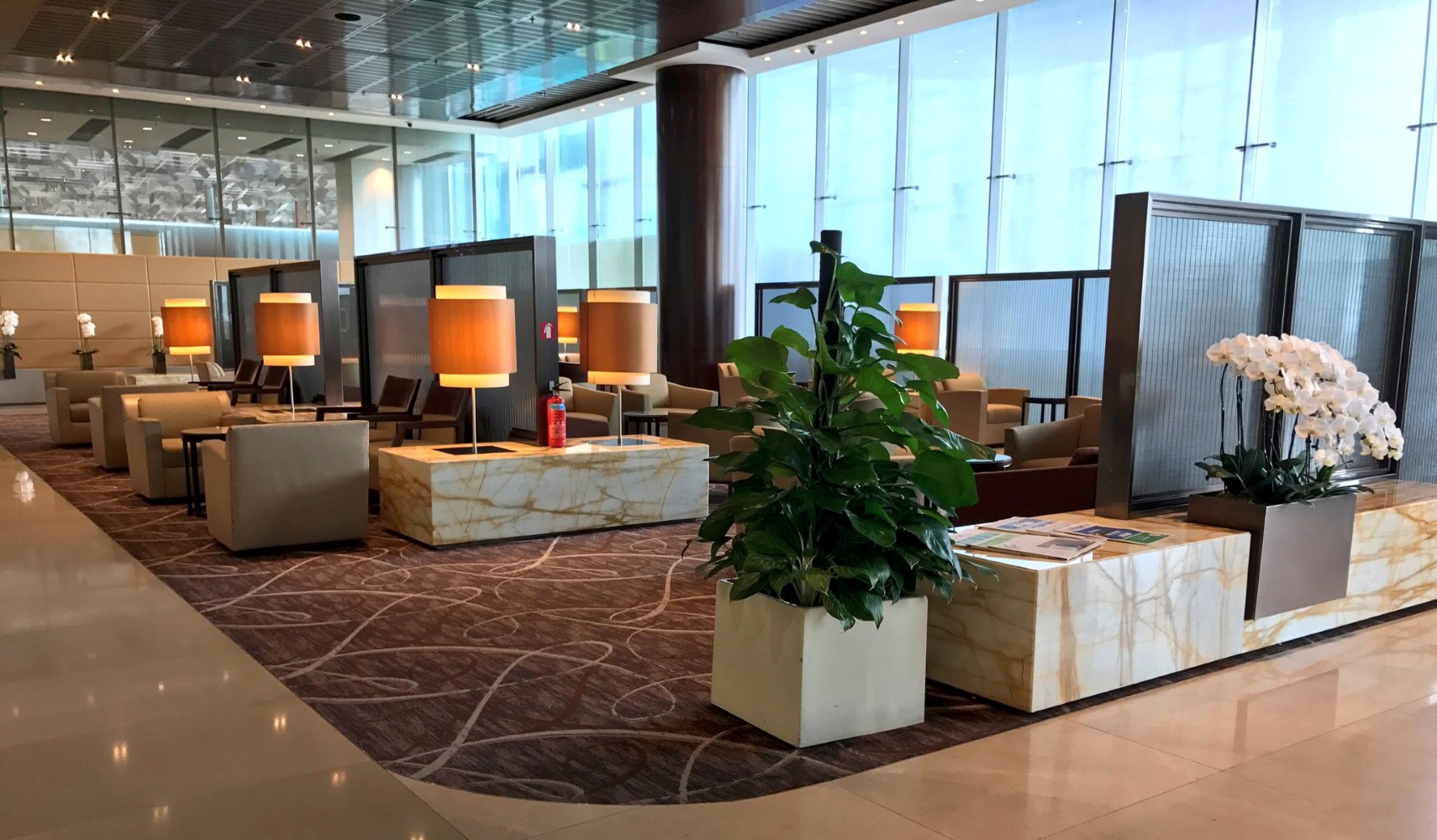 I’m not sure why quite so many people would need to install themselves at checkin, especially since you need to then approach the counter. Image: John Walton

Quixotically, the Private Room isn’t very private. It’s essentially a long, straight, high-ceilinged room you enter from a hallway at 90 degrees from one end, with windows on the right hand side as you enter and the lavatories on the left. At the far end, there’s a small business centre and a small glassed-off space for families, and on the far left is the restaurant area, although passengers are welcome to eat where they like. 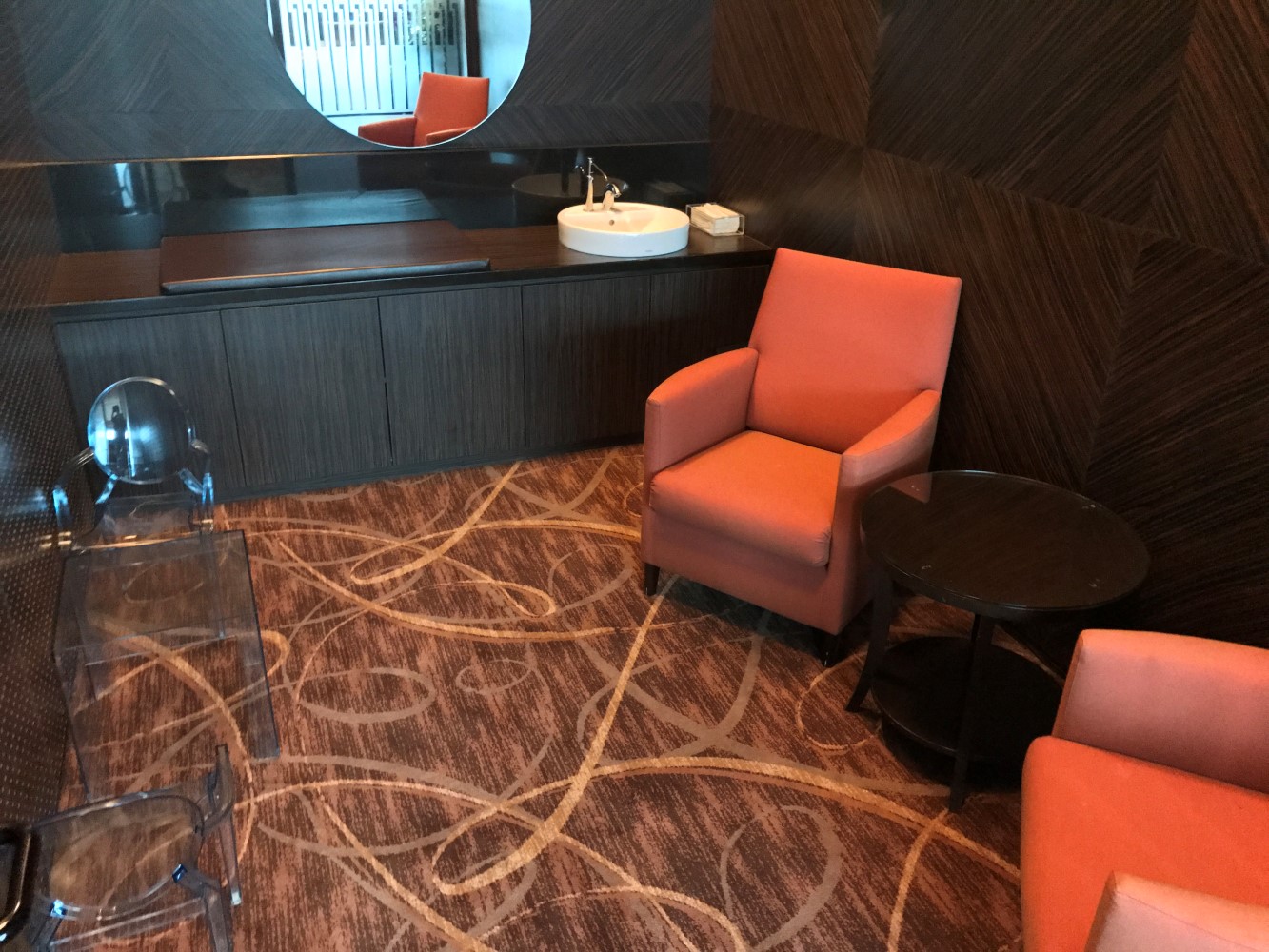 This family space is useful, but perhaps could be a little more distracting for the children. Image: John Walton

The lack of privacy is an issue. Not only is there a TV bang in the middle of the room with whatever the news of the day is, but the hard surfaces and lack of any acoustic baffles mean that, as I discovered, the voice of a single passenger at one end speaking at a slightly elevated volume carries quite a way. 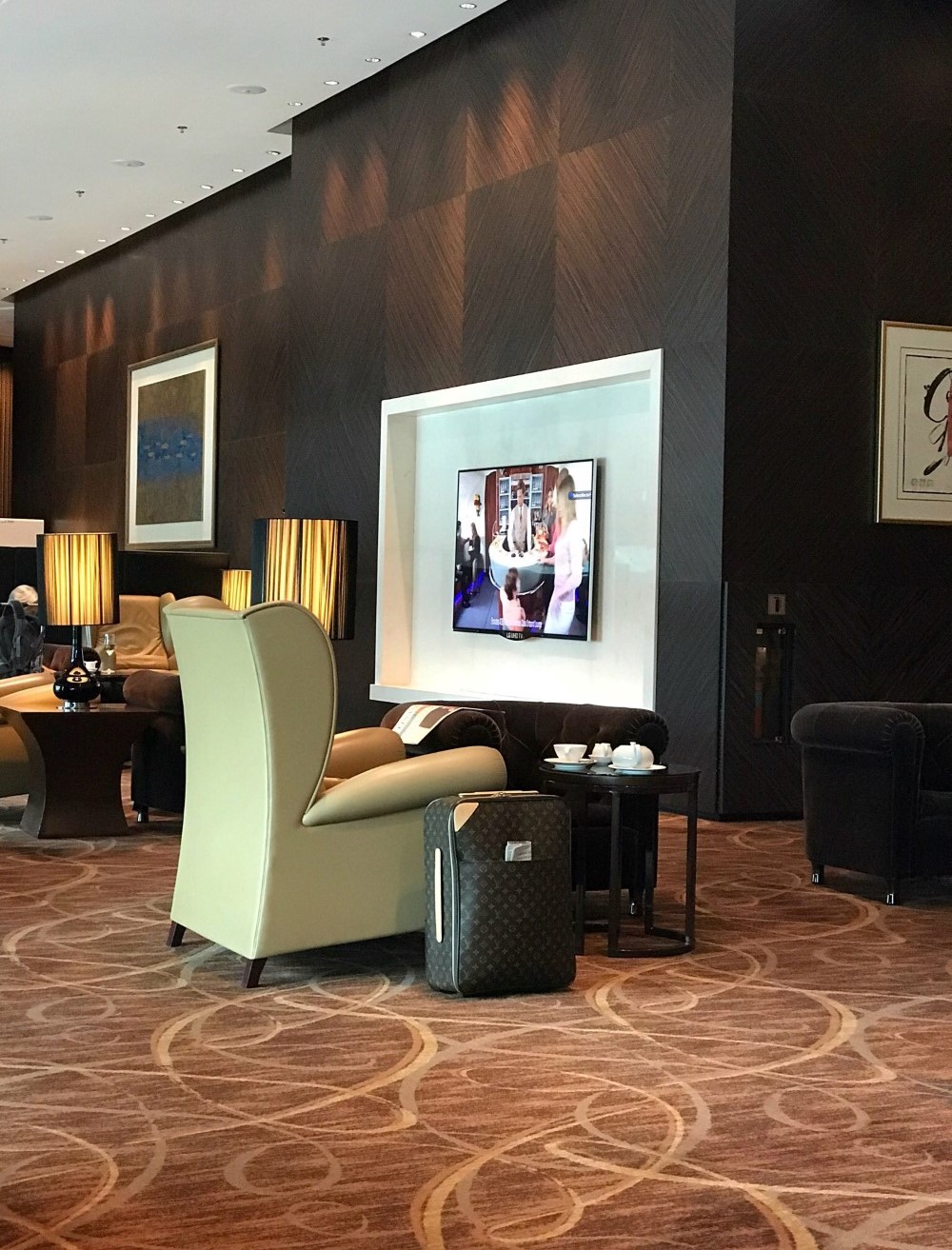 Between Jennifer Aniston selling Emirates on the TV (!) and this bloke on his phone, it didn’t feel very private. Image: John Walton

In terms of decor, the Private Room is redolent in shades of brown that both feel appropriately Changi, on-brand for Singapore Airlines, and at the same time a little dated. That’s not helped by the fact that the armchairs are getting on in age, and the space has the general air of being about ten years old — which, of course, it nearly is, given that Changi T3 was completed in 2007 and opened in 2008.

The food during my lunchtime visit was truly excellent, although I’m none the wiser as to why there is an oddly paltry buffet selection that feels like it’s from the local contract lounge used by the likes of Air Nowhere, but a full menu including lobster and foie gras. 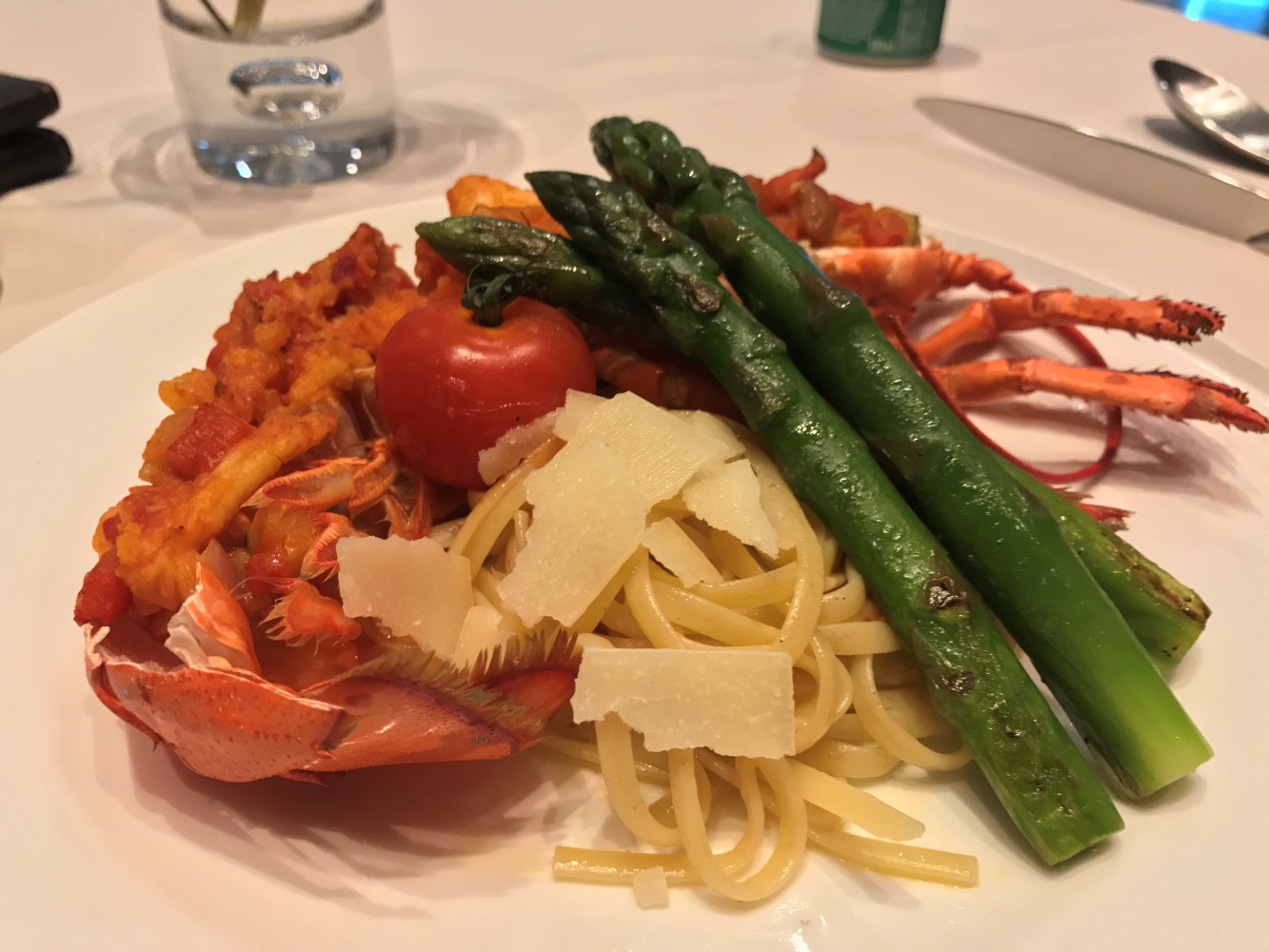 Also odd: the expensively appointed but strangely institutional bathrooms, where baskets are filled with various Ferragamo toiletries but the soap in the sink dispensers smells like Eau de Amtrak.

Singapore Airlines offers some of the best Champagne I’ve ever enjoyed in a lounge within the Private Room, the Charles Heidsieck 1995 Blanc des Millénaires, an all-Chardonnay blanc de blancs that fits at the higher end of category 4 in price, and sits in quality alongside the Dom Pérignon and Krug that is served on board. The rest of the wine list was equally smashing, so top marks on this end.

When it was time to board, the lounge attendant came to get me, and offered a buggy even though the gate was just a couple of minutes’ walk, so I decided to stretch my legs. Given that Changi doesn’t really operate a priority queueing system for its at-gate X-ray security, though, this is again room for improvement.

And that’s the overall conclusion I came away with from the Private Room: yes, it’s very pleasant and theoretically ticks quite a lot of the boxes, but the world has moved on since it was opened, and it’s about time for an update. 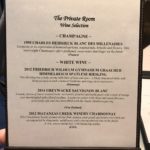 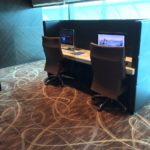 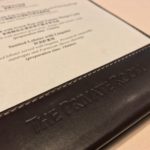 I was impressed by the small touches in the lounge. Image: John Walton 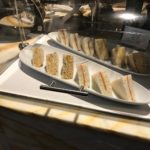 I wonder if anyone actually tries these sandwiches when there are so many better options available. Image: John Walton 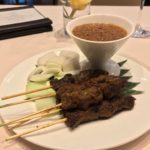 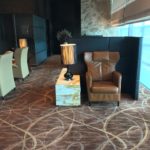 Most of the solo seating by the windows consists of these chairs, but the power sockets are quite out of the way. Image: John Walton 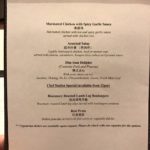 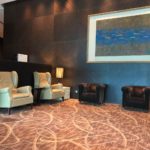 The extended space can feel cavernous, and made me wonder why this area wasn’t designed to be smaller and more intimate. Image: John Walton 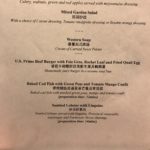 The western side of the menu was very appealing. Image: John Walton 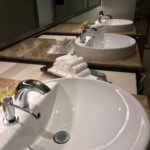 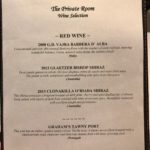 You have to go a long way to beat that Clonakilla Shiraz. Image: John Walton