AWN will use two ex-American Airlines Boeing 757-200s now stored at Roswell, New Mexico, and a van to perform three-point tests of the airborne network. It has contracted the 757s for 10hr of flight time from Jet Midwest Group, which is also providing the engines for them.

“We’re expecting to be able to complete the tests by the end of the first quarter – that’s our target date,” says Jason de Mos, an 18-year aviation veteran with 7,000hr of experience as a captain on Pinnacle Airlines CRJ200s and various business jets, who is AWN’s VP business development and aviation compliance.

Established in August 2016, AWN is using what it says is the first-ever patent awarded for ‘Broadband wireless communication systems provided by commercial airlines’ (patent US 6,285,878 B1, awarded on 4 September 2001 to Joseph Lai). “It’s an extremely broad patent – you would never get a patent like that in this day and age,” says de Mos. “The patent has been around for a while, but in reality the timing has never been better.”

When Lai was awarded the patent, the technology didn’t exist to provide the broadband network AWN envisages, according to de Mos. (His father, Marius de Mos, who is AWN’s VP technical affairs and development, was involved with AWN’s patent from its conceptual stages and was part of the team that developed the original Airfone for telecoms-industry entrepreneur John “Jack” Goeken in the 1970s, according to the firm.) 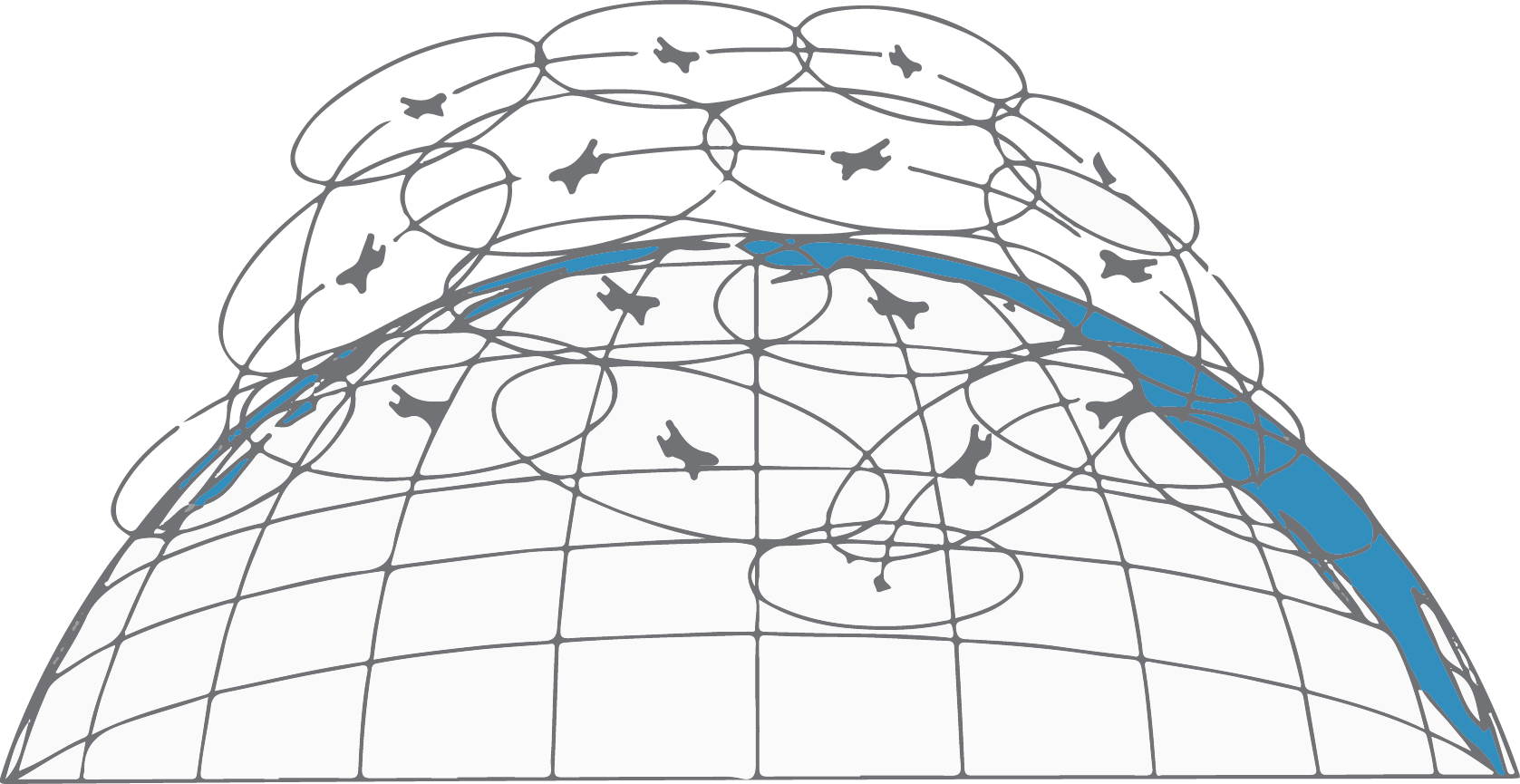 AWN’s primary focus is to provide wireless networks for large customers such as telecommunications companies, not to end users such as passengers, says de Mos. “We’re not here to compete with [companies such as Gogo], we’re providing a better pipe to the aircraft for them to tap into. We’re not trying to replace satellites – we’re positioning ourselves [as an optional broadband wireless network provider] between satellites and terrestrial networks.”

Because AWN intends for its equipment to be installed on entire fleets of commercial aircraft, to provide a global telecommunications network, its in-service network will have no single point of failure, according to de Mos. This will allow AWN to transmit data and voice communications at “extremely high” bit rates – though de Mos doesn’t specify how high they will be.

AWN applied to the FAA on 31 October 2016 for a supplemental type certificate (STC) for the installation of its microwave transceiver equipment on the Boeing 757-200. “One key thing to note is that the STC application is on a non-interference basis,” says de Mos: AWN applied for the STC on the basis its equipment wouldn’t interfere with existing aircraft systems.

The company received an STC project number from the FAA on 28 November. “We’re in very close contact with the FAA and … we’re working well with the Long Beach certification office,” de Mos told RGN last month.

AWN expects the 757 STC process to take nine to 11 months. “The FAA would like us to safety-test – and we can do some of that – but we’re not interested in doing testing on a three-to-seven-year certification basis,” says de Mos. AWN wants to get its equipment installed on in-service commercial aircraft so its network can be operational quickly.

The company reckons its equipment could be used to provide real-time connectivity with aircraft flight decks and cabins and if all goes well it may do so one day. Its equipment will be valuable for aviation-safety uses, suggests de Mos: “If you talk about the FAA’s NextGen [ATC] system, we can be the next generation of NextGen. For instance, as a by-product of a meshed network, you’ll always know where an aircraft was to within 100 feet when it dropped off the system.”

The company owns the engineering data for the 757 STC application and plans to hold not only the 757 STC but also the STCs for installation of its equipment on any other aircraft types. It intends to be the Parts Manufacturing Authority manufacturer of record, but de Mos says it will have suppliers provide some of the wireless-networking equipment.

To develop the manufacturing and installation pipeline, AWN has signed partnerships with Irvine, California product-development company Concept Development, Inc and Montréal-based installation specialist Inflight Canada, both of which are long-established and have worked with many aerospace industry giants. A new partner signed on 27 December, Electric Lightwave Holding, is said to operate a 12,500-mile fiber optics cable network in the Western USA (and also an undersea cable to Hawaii), and which is intended to serve as AWN’s ground link to end users. AWN this week announced a memorandum of understanding covering a strategic marketing partnership with aircraft lessor Air Lease Corp.

AWN is planning to apply for an STC for a second aircraft type, in order to begin a second phase of flight-testing in 2018 – “about a year after the 757 test” – on a fleet of 20 commercial aircraft of an unspecified type. These aircraft are operated by an unannounced North American carrier with which de Mos says AWN has signed a partnership agreement.

“This needs to go quickly and even though the intent is global we need to start somewhere. That somewhere is North America,” says de Mos. “From there it’s a global roll-out. It’s a large-scale undertaking and we’re looking at several installers to support the speed of the roll-out.”

Gogo CEO Michael Small, meanwhile, tells RGN that the firm has “done some mesh network analysis along the way but nothing seriously contemplated. Satellite is the right solution for over the water in our opinion.”

Singapore Airlines’ first class Private Room could use an update