Japan’s efficient, widespread and comfortable trains make it one of the few nations where high speed rail dominates over airlines for domestic travel. Part of this reason is the intricate, effective and transparent way that the system’s ticketing, pricing and #PaxEx models work.

Unusually for a developed country with an extensive rail network, Japan’s train tickets are not demand-based, unlike airlines or rail systems in the UK, Germany, France, Spain, and so on. Buying a ticket months in advance or on the day of travel is the same price, which is certainly a customer advantage and a key driver in moving passengers onto the rail network for last-minute trips.

But the way pricing is constructed is different too, with a distance-based fare making up about two thirds of a standard class rail ticket, and a seat fee added depending on whether the passenger requires a reservation or a seat in the business class-like Green car (or first class-style Gran Car on some routes).

Inside the Sakura green car on the Shinkansen. For more videos: yesthatjohn on Snapchat! #thatjohninjp pic.twitter.com/T3Nt08aTUI

Let’s take as an example the three hour, ten minute trip between Tokyo and Shin-Aomori station (the most northerly on Japan’s largest island, Honshu). This 714km trip (444 miles)  is just under the “800km limit”, inside which Japanese people tend to prefer to take the train rather than the plane. The fact that the Tohoku Shinkansen route has Japan’s — and the world’s — highest regular rail speed of 320km/h (199mph), together with the relatively complex and timeconsuming task of reaching Tokyo’s airports, is another point in the train’s favour.

There are three options between Tokyo and Shin Aomori. Image: Hyperdia

Unlike some trains, there is no non-reserved seating, which usually offers a discount of about ¥2000 over a reserved seat on a journey of this length. (For US dollar conversions, move the decimal point two places to the left: ¥2000 is about US$20.)

(Overseas visitors can use their standard car or Green car Japan Rail Pass on these trains, but must pay the full seat fee to travel in Gran Class.)

On some Shinkansen the non-reserved seat option will save a bit of money. Image: Hyperdia

Notably, passengers on a budget can also opt for a two-hour non-Shinkansen train that stops 25 times rather than the only one stop on the Shinkansen, but the base fare is the same ¥1940, although there is an option for a Green car seat upgrade for ¥780 — although these Green cars simply offer more legroom rather than fewer seats across.

There are, of course, advantages to the airlines’ more opaque pricing models. But would it be more efficient, and potentially drive more revenue, to move to a JR-style system? 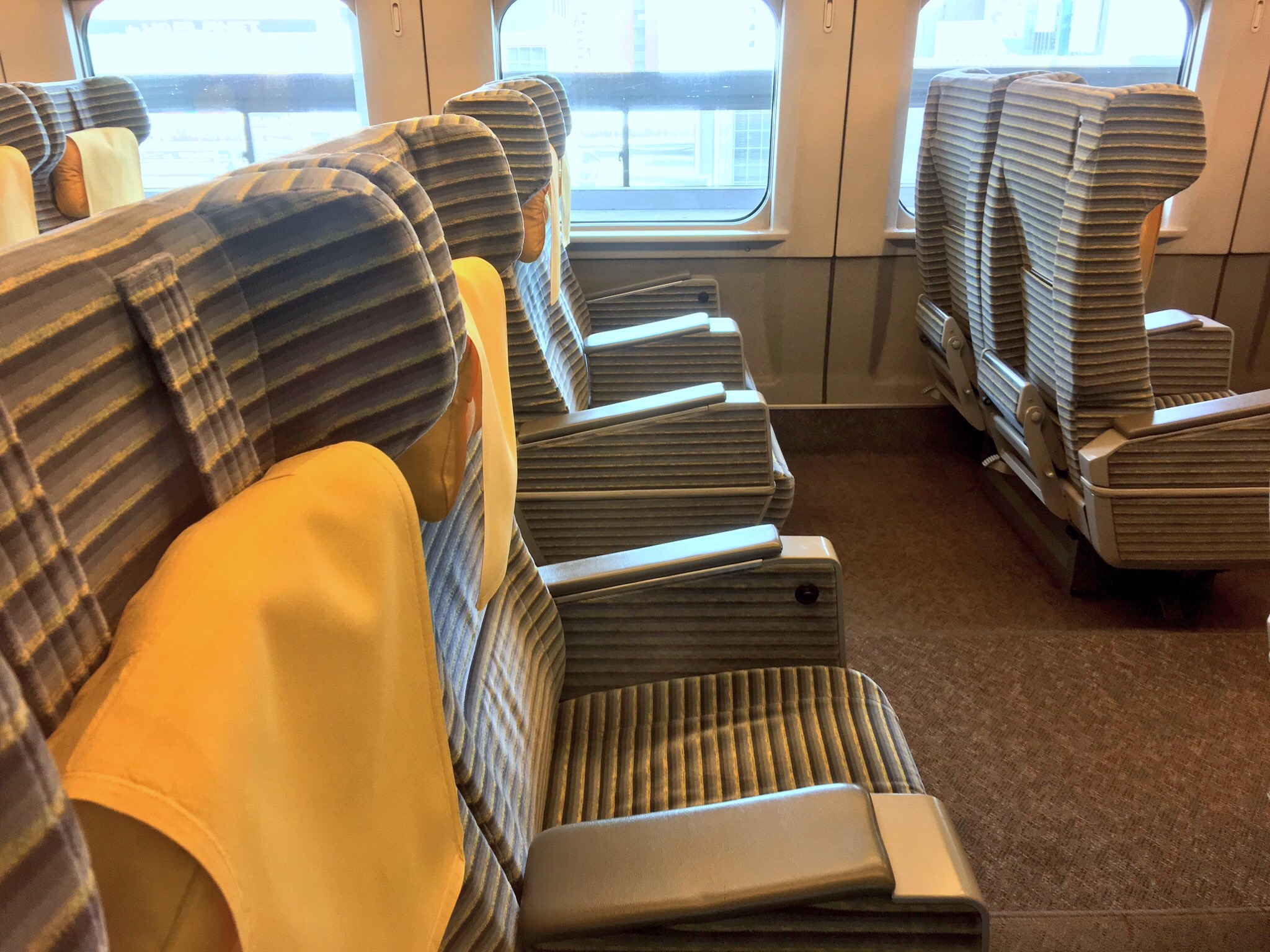 The Green Car offers larger seats with more recline and legroom like a narrowbody business or US domestic first seat. Image: John Walton 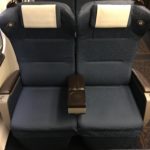 The look and feel of the Green car varies across the JR network. Image: John Walton 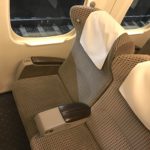 The Green car is popular among overseas visitors who get a great deal on the Japan Rail Pass. Image: John Walton 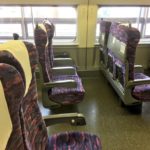 Regular Shinkansen seats are quite comfortable with lots of legroom. Image: John Walton 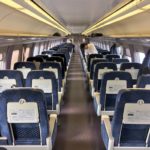 On some routes where the train competes with the plane, reserved cars have Green car style seating. Image: John Walton 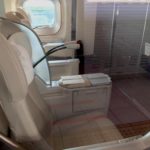 Gran class is out of bounds for passengers without the upgrade tickets. Image: John Walton 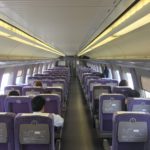 #PaxEx Podcast: Will Trump affect travel and tourism to the US?