For the airline members of the “big three” global alliances, aligned IT resources is part of the value proposition. Ultimately this carries over to passengers in the form of smoother transactions, more consistent handling and lower likelihood of a Black Cloud settling over their travel plans. Both the SkyTeam and Star Alliance groupings last week announced new initiatives that will further those IT investments and, eventually, benefit passengers, though the goals for these improvements differ between the alliances.

Speaking at the IATA Annual General Meeting in Dublin, SkyTeam put forth plans on a number of fronts, including the formal launch of its SkyPriority Audit App for passengers (iTunes App Store | Google Play | Baidu App Store | HiAPK App Store).

The app allows travelers to provide feedback on SkyPriority services throughout their journey at more than 1,000 airports, including the option to take photos of deficient offerings, in addition to text-based feedback. It is available in three languages today and will expand to 11 more over the summer.

“We are committed to our promise of caring more about customers and by listening to what they have to say and using the data from the customer audit, we can identify areas for improvement to deliver a more seamless travel experience,” said SkyTeam CEO and managing director Perry Cantarutti.

Feedback from the app is distributed to member airlines with the aim of ensuring more consistent and better service across the SkyTeam global network. Thousands of passengers used the app during a beta period leading up to its official launch at the IATA AGM.

.@skyteam has a SkyPriority audit app, used by 5,000 pax to report on #PaxEx. Results to group & airlines. #iataagm pic.twitter.com/ZNrtVt2X9t

SkyTeam also expects to launch more alliance-branded lounges in the next few years as it seeks to improve the premium passenger experience on the ground. A Beijing facility is set to open later this year and the group has a short list for future locations with some out to bid, though Cantarutti was tight lipped about where those facilities are likely to be or when they will open.

He noted, however, that unlike the existing lounges, new facilities will be operated on a contract basis by a third party, getting SkyTeam out of the business of providing day-to-day lounge services. Existing lounges will continue to be run by SkyTeam until their leases come up for renewal, at which time expect that they will also transition to third party management.

"We've already got a list for 2017 and beyond for the next destinations where we'd like to open lounges." –@SkyTeam #IATAAGM #PavEx

Separately, during the Star Alliance’s annual meeting in Geneva, airline CEOs made a group commitment to invest in a common IT infrastructure for baggage tracking, set to go active before the end of the year. It will join the other “IT hubs” that the alliance supports, including loyalty program data exchange and passenger check-in on mixed carrier itineraries.

While those solutions are not perfect, they represent significant improvements over the pre-alliance systems and the new baggage solution should be similarly welcomed by the airlines and passengers. Mark Schwab, CEO of Star, acknowledged that lost or delayed luggage is “highly annoying” to travelers.

“We believe modern technology can be of tremendous assistance in significantly reducing the number of baggage issues and providing faster and more accurate information for our customer service agents,” he said.

Star will also also create a set of standards related to self-tagging of luggage, bag drop stations, automated document validation and self-service check-in. The goal is to allow passengers to have a consistent check-in experience across the 1,300 airports that the alliance serves.

While a smoother service for passengers is valuable, the airlines also expect that the standardization will reduce infrastructure and handling costs across the board, creating a winning situation for the airlines and passengers alike. 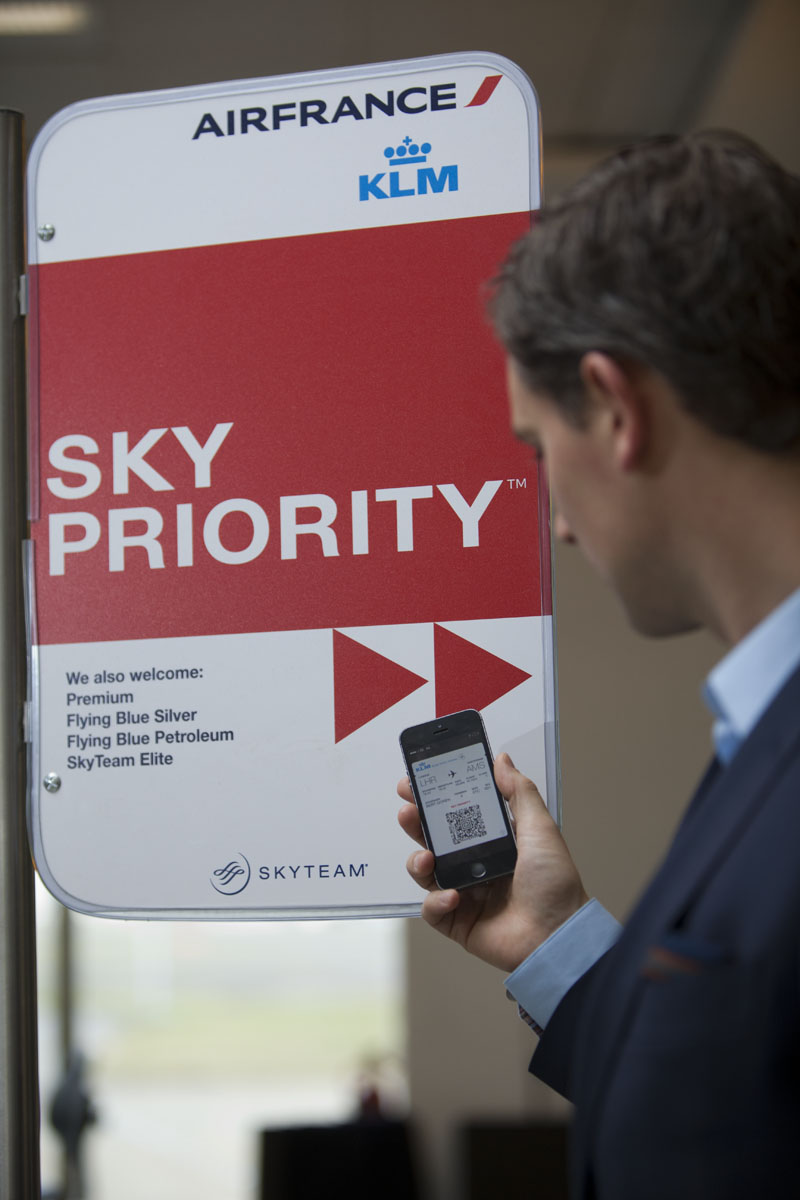 Line in the sand shifts between cabin & flight deck connectivity

Delta acknowledges but is unperturbed by Bernie Sanders effect