OTG scored another win this week, securing the contract to retrofit Terminal B at Philadelphia International Airport with its “flo” customer experience platform. More than 1,000 iPads will be installed and 15 gate areas rebuilt to include dining and entertainment. The renovation will also see eight new restaurants launch in the terminal, each the concept of an award-winning, Philadelphia-area chef. The construction and rollout will take place over the next 18-24 months and today’s deal represents the first American Airlines hub operation to see the OTG operations installed.

The Philadelphia announcement comes on the heels of OTG’s deal last week to revamp multiple terminals covering the United gates at Houston’s Intercontinental Airport. Presumably a successful operation in Philadelphia will offer expansion opportunities at that airport or other American Airlines hubs as well. OTG also has completed installations for Delta, United, and JetBlue covering some hub operations for those airports; RGN recently took #PaxEx TV behind the scenes at Newark with United and OTG to take a look at the implementation there.

The OTG renovations bring new dining and retail options to the terminal as well as the redesigned gate areas. Rick Blatstein, OTG’s Chief Executive Officer describes it as a transformative experience, featuring “incredible Philly chefs, redesigned gate areas and exciting new retail”. Even for passengers who are not keen on shopping or eating there are benefits in the form of more than 1,000 new power ports coming to Philadelphia’s Terminal B.

The upgrades are not just about Philadelphia or Houston or any of the other airports where OTG operates. Blatstein describes the 20-year old company as “obsessed with the customer in every way possible” and believes that the current version of the OTG experience and the flo platform are just the beginning.

Personalization is the next major step for the company as it looks to leverage data and passengers’ habits to build an environment where a traveler can be a “local” at any OTG airport. The first step in that process comes from a boarding pass scan when a traveler sits down at a station. Today that’s mostly used to help ensure there is enough time to get to the gate. But going forward that will evolve into a personalization system. Whether it is a regular drink, meal or magazine being offered up by the system, Blatstein believes, “The best way for us to give you that personal experience is through technology.” He also knows that the ultimate value of the personalization comes from delivery of that service, saying, “The best passenger experience is delivered one-on-one.” For that he depends on more than 5,000 co-workers out at the airports to provide to tens of thousands of passengers daily. 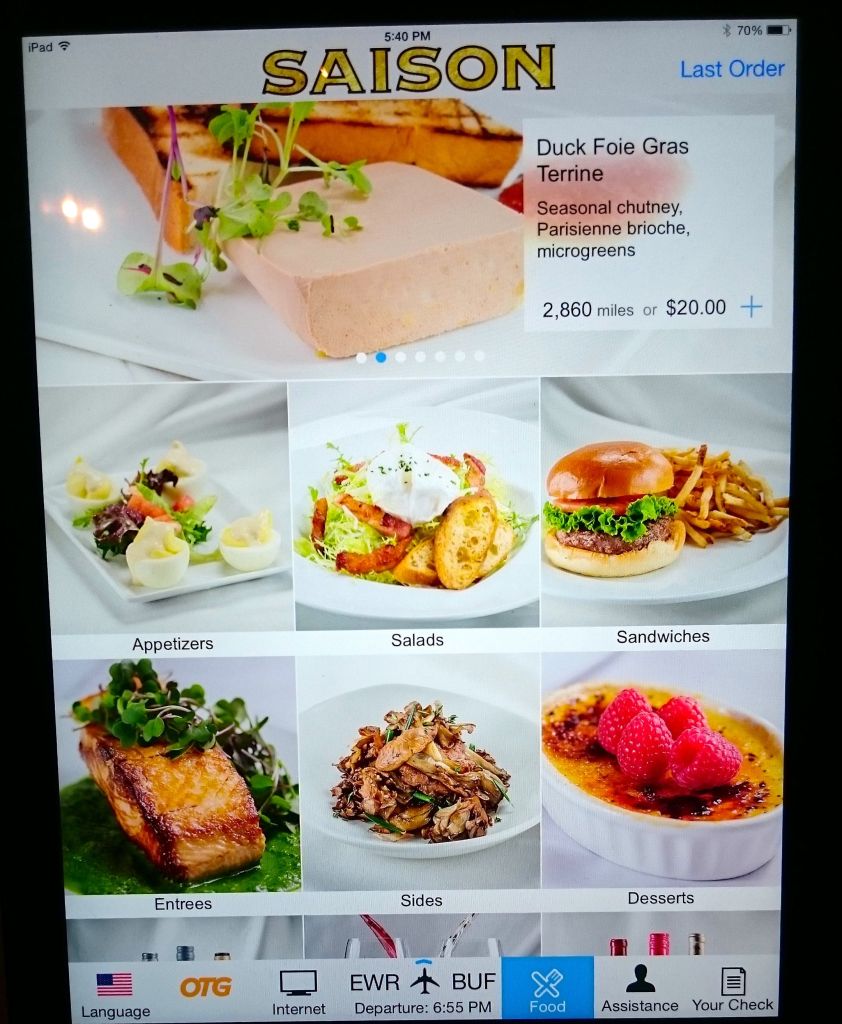 The process is iterative and evolves over time. The OTG experience today is different from the temporary version installed at JetBlue’s JFK Terminal many years ago, or even the more permanent version installed at JFK T5 when JetBlue moved into its new home. The evolution is happening as OTG learns more about customers and as airlines and airports commit to upping the ground experience. OTG has evolved as a company just as passengers have evolved in their needs and expectations. As Blatstein explains, “It takes a lot of learning and experience to develop to this level,” and the learning continues every day. The physical construction of the new Philadelphia operation will take up to two years but the technology deployed at each phase will be the most current at that time. By continuously evolving OTG expects to continue its growth at airports large and small, meeting passenger needs around the globe.