As airframers, cabin interiors houses and design firms work feverishly to expand overhead luggage compartments, airlines too are addressing the problem of trying to fit an increasing load in too little space. There’s a remarkable amount of design and materials engineering ongoing to eke out that last bit of room in what used to be the hat-rack.

It’s important work throughout the aircraft, but particularly in first and business class, where road warriors need to be surgically separated from their rollaboards and upmarket leisure travellers expect more space overhead as well as underfoot.

Airbus and Boeing are each carving out centimetres of space to create bins that will fit large rollaboard bags in and on their sides. As RGN noted last year, Boeing’s 2010 Sky Interior pivot bins on its smaller 737 fuselage came years before RGN broke the news of Airbus’ pivot bin in 2013, and the details about the A320 interior were released at last year’s APEX Expo.

Indeed, Boeing trumpeted the delivery of its thousandth Sky Interior aircraft before Airbus had even delivered a single upgraded jet, and the US airframer released an updated ‘Space Bin’ product this year.

Brazilian regional jetmaker Embraer and its design partner Priestmangoode have revolutionised the overhead passenger service units and contoured the cabin ceiling in order to enlarge the overhead bins to take modern carry-on luggage. 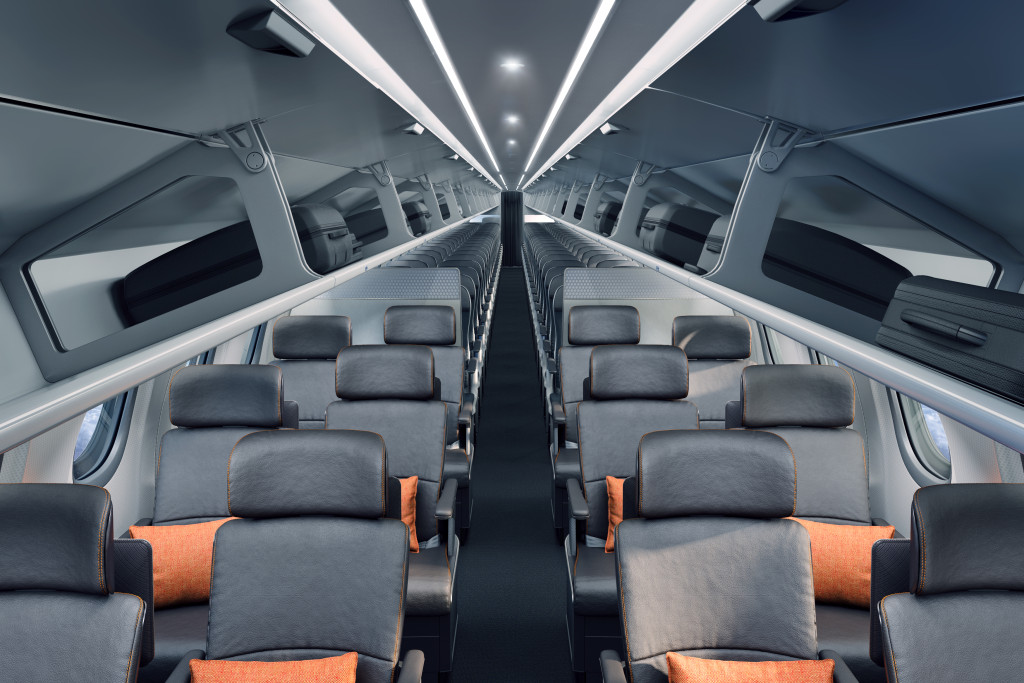 Of course, much of the problem is of airlines’ own making, especially within the US. The rule is for one bag and one often large and frequently unpoliced “personal item” that ranges in size from an umbrella to a big tote or overstuffed backpack.

Nowhere else in the world is the gate checking of luggage so prevalent — and, problematically from a premium customer experience perspective, often required of domestic first class travellers going from lounge to plane at the last minute.

The problem is, with pitch shrinking and bag fees now a fixture of US travel, more passengers are trying to fit more luggage into the same amount of space in legacy aircraft. It doesn’t help that even many newly delivered jets still have enormous IFE service units taking up half of the footwell.

IFE isn’t a problem on no-frills Japanese LCC Peach, yet a couple of months ago at Osaka Kansai I observed the cheery pink-clad flight attendants efficiently and pleasantly redistributing luggage and handing squashy or soft items back to passengers for stowage in the seat area.

It struck me how unlikely the no-drama reorganisation would have been within the US — until this week, now that Delta’s new Early Valet brands airline staffers loading and organising the overhead bins as a service improvement. 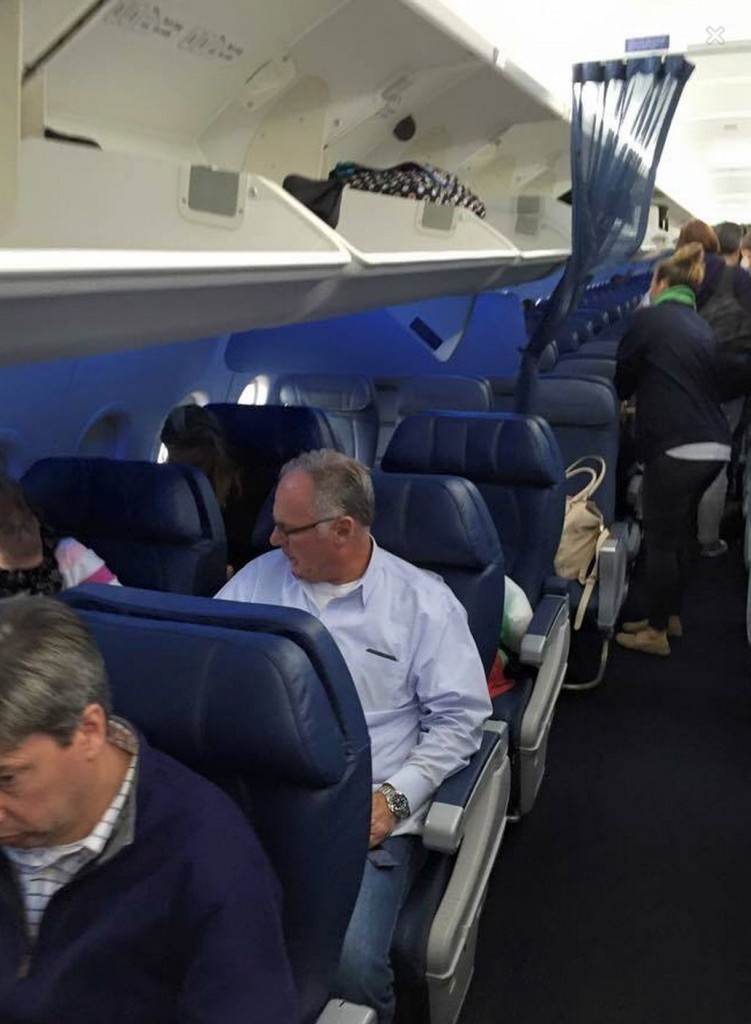 Instead of families playing Overhead Bin Tetris at the beginner level, expert Delta Early Valet employees will load the bins with pre-tagged items taken at the gate. Early Valet will be focused on leisure routes out of Delta hubs, and particularly on flights using longer narrowbody aircraft like the Boeing 757 and 737-900ER, which tend to take longer to board than shorter jets.

Expect carry-on luggage (as opposed to the “personal item” so beloved of US legacy airline flyers. Overseas, the personal item is often looked upon with a hearty non, nein, nao, nyet or iie by airlines from other countries, particularly low-cost carriers. Jaunted’s Cynthia Drescher commented on the launch of Icelandic LCC Wow Air’s Boston-Reykjavik flights, summing up with:

“Wow Air is cheap, with clean planes, smiling crew, and an interesting alternative to traditional transatlantic travel, but the carry on baggage situation was so frustrating that it’s become our chief impression of the experience, and is sadly a negative one. It doesn’t have to be like that, Wow.”

Setting passenger expectations about the personal item accordingly, particularly for the US market, and especially when launching a new route, is important. British Airways has rather half-heartedly tagged its European passengers’ cabin baggage with green and yellow tags depending on whether they’re intended for the overhead bin or under the seat in front, respectively, yet enforcement is ever-sporadic.

Air Canada, just before it announced new spacesaving “pillow doors” for the A320 bins aboard its rouge low-cost leisure market subsidiary, revealed that it plans to staff security checkpoints with baggage checkers and return passengers with oversized baggage to check-in. Qantas Group LCC Jetstar started what was then called a six-month trial of gate-based “cabin baggage officer” at-gate bag bouncers last September, but just last week advertised for more of them in new airports. 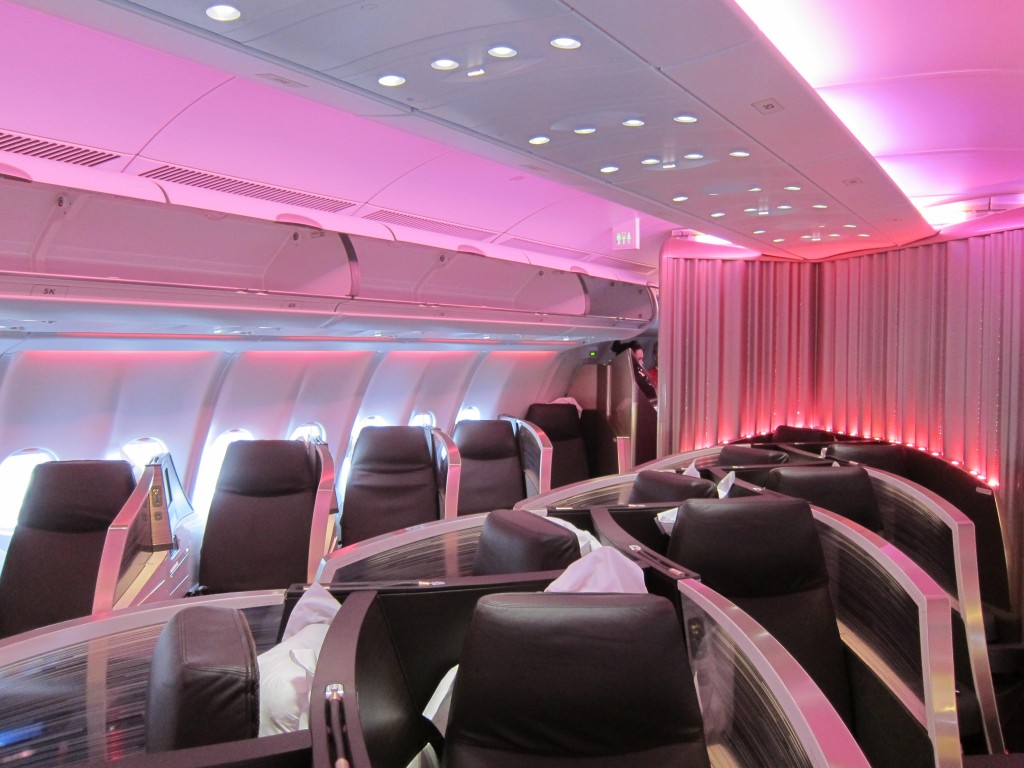 When it came to outfitting the A330-300 with its denser cabin, whatever modelling Virgin used missed the target given the size of luggage in the real world combined with the relatively compact A330/A340 fuselage bins. And, in perhaps the ultimate first class problem, the first section of the Boeing 747’s nose has no overhead bins at all, and there’s always some petty tyrant in row 4 who insists that the entire bin above their seat is for the exclusive use of their luggage.

Keeping passengers calm, cool, collected — and a big part of that is keeping them near their stuff — is a key part of the #PaxEx puzzle, especially in premium classes.

See a video interview with Zodiac about its new overhead bins for the A320, 737 and current Embraer E-Jets below.