PARIS: On what would have been the first day of this year’s Paris Air Show at Le Bourget, Safran and GE announced a generational efficiency stepchange with the new open-fan RISE engine programme, initially targeting the single-aisle market.

RISE — Revolutionary Innovation for Sustainable Engines — is set to target unducted, open fan architecture and hybrid-electric propulsion as key parts of a 300-component roadmap, answering many of the fundamental questions around next-generation engines.

The CFM partnership aims for RISE to secure a -20% fuel burn reduction via the engine structural aspects alone, including a geared architecture, with further reductions from lower-emissions fuel such as sustainable aviation fuels (SAF) or hydrogen. 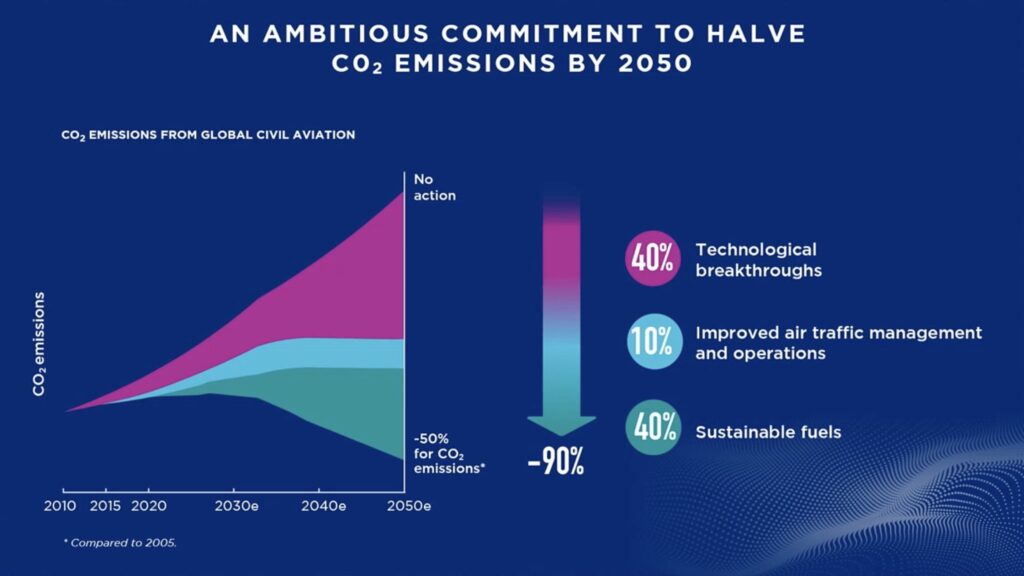 The programme, says the partnership, expects ground testing to start towards the middle of the 2020s and “will demonstrate and mature a range of new, disruptive technologies for future engines that could enter service by the mid-2030s”. That puts it right in the path of Airbus’ zeroE hydrogen powered aircraft, and indeed the partnership confirms that the RISE engines will be designed to be able to use liquid hydrogen in addition to current fuels.

Responding to a question from Runway Girl Network, Safran chief executive officer Olivier Andriès noted that RISE “does not specifically target one single airframer programme. This next-generation engine will be capable of being operated with 100% sustainable fuels, including hydrogen. It’s important to say that 90% of the engine would remain the same, whatever the fuel is.”

GE Aviation chief executive officer John Slattery elaborated that “when we talk about a 20% reduction in fuel burn, that’s a reduction comparable to today’s kerosene A-1. If we were to put just SAF into that new engine, that would reduce CO2 by 80%. And if it was hydrogen, which is kind of the nirvana, that would reduce our CO2 emissions by 100%.”

The partnership confirms that RISE will also be able to run on 100% sustainable aviation fuels, up from 50% with current engines, and Slattery says that the partnership is working to develop standards to make SAF fully drop-in to replace Jet A-1 aviation kerosene.

Fundamentally, Slattery said, “the engine will be hydrogen-enabled, but we are here to serve our airframer customers. We’ll work to their timeframe.”

Sustainability was a strong focus at the partnership’s virtual launch event for RISE in Paris today, with Slattery calling it “true north” for passengers.

The aviation industry is, Slattery said, “at a point of inflection as once-distant commitments now draw nearer, we must act with a burning sense of urgency. Our need to earn the right to grow as an industry: we must rise to that challenge of decarbonisation. Meeting the industry’s commitment to halve CO2 emissions by 2050: that requires a vast collective effort.”

Indeed, those airframer relationships may well be critical to the efforts, as there remain real questions as to the passenger acceptance — and indeed regulatory certification — of the passenger cabin being located next to open-fan engines. That could fundamentally change the necessary layout of the engines and the wider airframe if, for example, specific regulatory requirements and wider public opinion make a rear-engined ‘tailpusher’ the best option to fit RISE engines.

At the same time as the RISE announcement, GE and Safran also revealed that they are extending their 50:50 CFM International enginemaking partnership.

“We are extending this historic partnership between GE and Safran to 2050,” Slattery said, citing more than a billion flight hours since the beginning of the partnership, the companies cited a LEAP backlog of more than 9000 engines — “and growing”.